I have a confession to make; brace yourselves, it’s not pretty. Before I started this blog – I knew nothing about cricket…

…I know. It’s shocking, terrible, awful – I should just get up and walk away. But don’t despair, there is a happy ending to this sad tale; I learnt about the game of cricket and now? Now, I’ve fallen a little in love with it. So much so that I can’t help wondering why I hadn’t learnt about the sport sooner!

The answer to that is easy – cricket is terrifying to the untrained eye. The equipment looks different, the ground layout is practically one-of-a-kind, and the game needs its own dictionary. Other sports such as football, rugby, tennis etc. have one clear objective for both teams – namely kick, throw, swing the ball into the opponent’s goal or side. Cricket, on the other hand, can seem utterly bewildering at first.

So how does a newcomer watch, understand and enjoy a game of cricket? Well, I was given a tutorial by friends (and cricket aficionados), which took hours (namely because they kept debating tactics) and lots of spare glasses and bottles to depict each player and position. No one has time for that, so the cricket fans in our office have come up with this handy beginner’s guide.

TYPES OF CRICKET
There are three types of cricket played professionally:

Test Cricket – takes place over 5 days; an epic game full of drama, intrigue, and strategy.
One-Day International (ODI) – takes place over one day; quick, sharp, and agile. The name of the game is to get as many runs as humanly possible within the limited overs you have.
Twenty 20 Cricket – 20 overs per side; the game is quick and explosive and the aim is to hit the ball as hard and as far as you can!
For the sake of today’s post, we’ll be focusing on Test Cricket.

The Kia Oval in all it's splendour...

The cricket team consists of 12 people (though the twelfth man is the gofer – they don’t actually play unless one of the fielders needs to leave the pitch for a short amount of time).

The teams take it in turns to field and to bat, these are called ‘innings’. In ODI’s, each team has one innings (one turn to field and bat); in Test cricket they have two innings each. 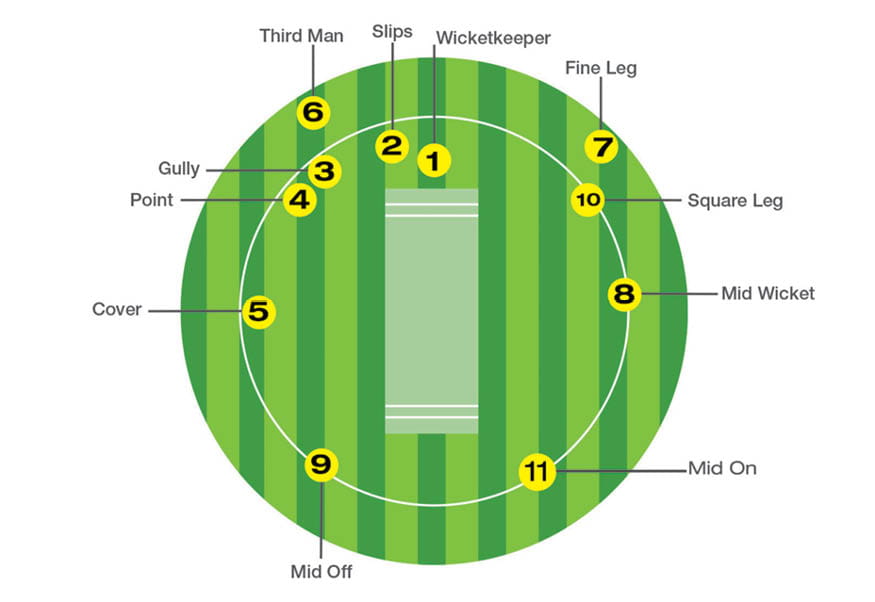 Catching positions (including the ‘slip’ and the ‘gully’) are aimed at catching out the batsman, rather than to stop or slow down the scoring of runs.

Other positions in the game include:

Wicket-Keeper: stands behind the stumps being guarded by the batsman on strike
Long stop: stands behind the wicket-keeper towards the boundary
Sweeper: an alternative name for deep cover, or a deep midwicket. They are usually defensive and aim to stop a four being scored

THE BASICS
The team batting has the job of protecting the stumps and trying to score ‘runs’ (points). There are always two batsmen on a field at any time; one at either end of the wicket. Runs are scored by hitting the ball (made of cork and covered with red leather) with a cricket bat and running up and down the wicket. Only one batsman can hit the ball at any time, however both must run and get safely behind their crease to score a run.

Points-wise, if a batsman runs from one end of the wicket to the other, it counts as one run. If the batsman hits the ball all the way to the boundary, it is counted as four runs. If the ball crosses the boundary without touching the ground, it is six runs. The batsmen don’t need to run for these boundaries. Getting 50 runs is good for an individual batsman; 100 runs – or a ‘century‘ – is even better.

The batsman who is facing the bowler is said to be ‘on strike‘; they do not have to hit each ball, neither do they have to run if they do hit the ball. The most efficient way to clock up runs is to hit fours or sixes, because you accumulate runs faster without having to exhaust yourself. 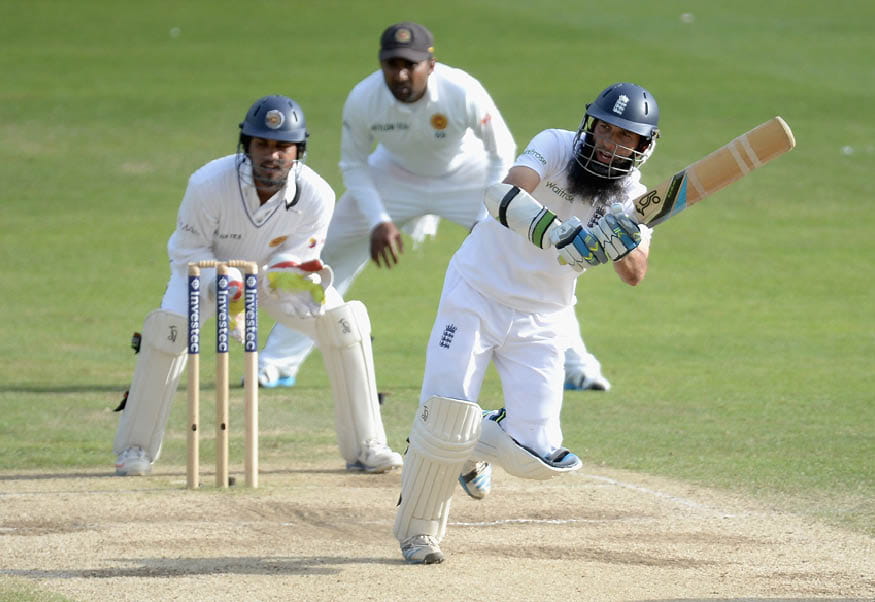 The job of the fielding side is to prevent the batsmen from scoring runs by getting them out. They stand in positions where the captain thinks they are most likely to catch or stop runs.

Fact: Unlike Baseball, only the wicket keeper wears gloves to catch the ball.

When a batsman gets out, they must leave the field and the next batsman in the batting order comes out to replace them. An innings is over when the tenth batsman is out or when the captain decides to end the innings.

In Test Cricket, the opening batsmen are usually the two players on the team who are good at accumulating runs and work well together. It is essential that the openers have a mutual understanding of when to run and, more importantly, when not to run.

The opening bowler is usually a ‘fast‘ (or quick) bowler and bowls from one end of the oval to the other. An ‘over’ counts for six legitimate balls. ‘Wide balls’ or ‘no balls’ are counted as illegitimate and must be bowled again. Each time there is an illegitimate delivery, the batting team receives an extra run, known as ‘sundries’ or (these are known as ‘extras’ in Australia). 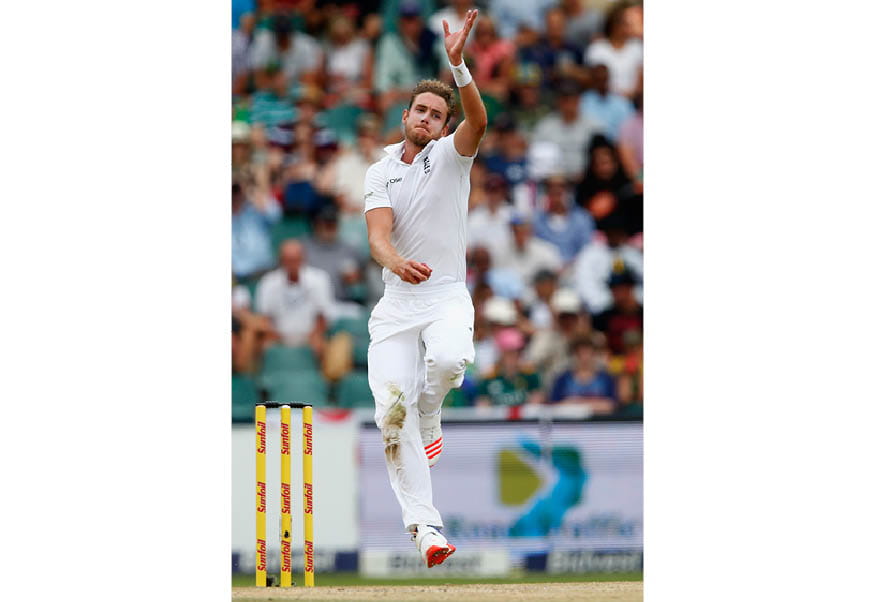 If the batsman hits the ball and makes a run, the two batsman change ends and the bowler will have to reset the field – changing the positions of all the fielders to accommodate the new batsman. This is called a ‘changeover’. If an over results in six single runs, the fielding team will have to changeover six times.

Once the first over is finished, a second bowler plays an over from the other end of the wicket. The two bowlers rotate the bowling until they begin to tire… or bowl badly… or annoy the captain, who will replace them with a different bowler. A bowler can only be replaced once they have completed an over.

A batsman is ‘out’ if one of the following happens:

In addition to being caught, bowled, or any other of the terms mentioned above, the fielding team must also ‘appeal‘ i.e. they leap in the air and shout at the umpire to give the ‘out’. If the umpire agrees, they raise their index finger. If they disagree they will do nothing, or shake their heads.

The score is represented as:

For example, if one wicket has been taken and 23 runs scored, the score will look like this:

Fact: In Australia, the score would be shown as 1/23 – they show it in reverse

Once the tenth batsman is out, the innings ends. The total for the innings consists of the combined total of all the individual batsmen, plus all the ‘sundries‘ (illegitimate deliveries). An innings can also end if the captain decides to ‘declare’ the end the team’s innings before they are all out. 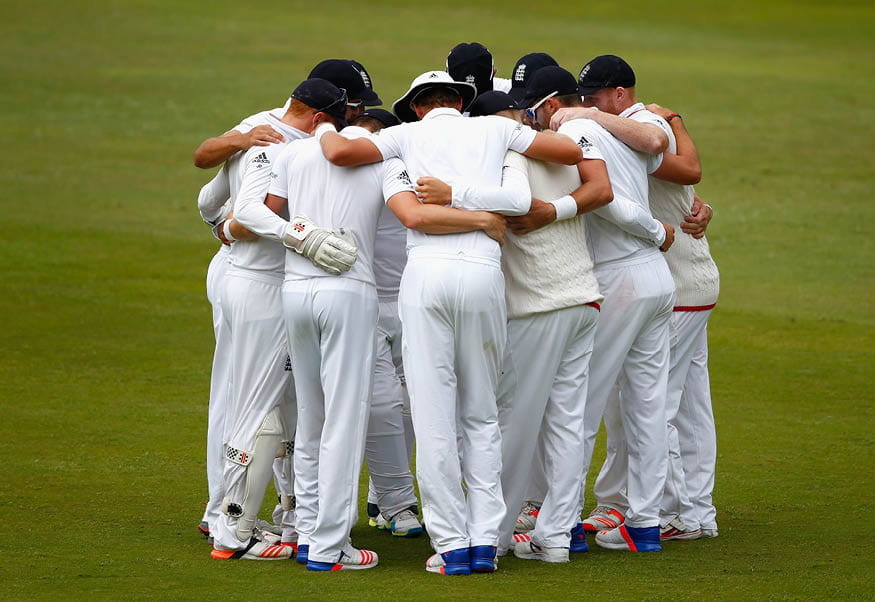 The new batting side will aim to get as many runs (and a few hundred more) in their innings. The aim is to get a good enough lead so that when the opposing team bat in their second innings, they have a difficult target to beat.

In a five-day game, if the team batting first scores 200 runs more than the opposition, they can choose to enforce a ‘follow-on’. This means that the opposing side must bat first in the second innings.

The winning team has the most runs at the end of the second innings.

And…. There you have it! Enough cricket knowledge to follow a Test Match like a pro. After reading this, I dare you not to impart your new found knowledge to your friends over a drink. It's also a sure fire way to impress fellow guests in one of Keith Prowse's hospitality facilities.