When you step into The Kia Oval this summer, you will be stepping into one of the oldest and historically important cricket grounds in the country. Situated in Central London, just ten minutes away from the City, the Oval has seen many amazing cricket matches, as well as several sporting ‘firsts’ in its time. 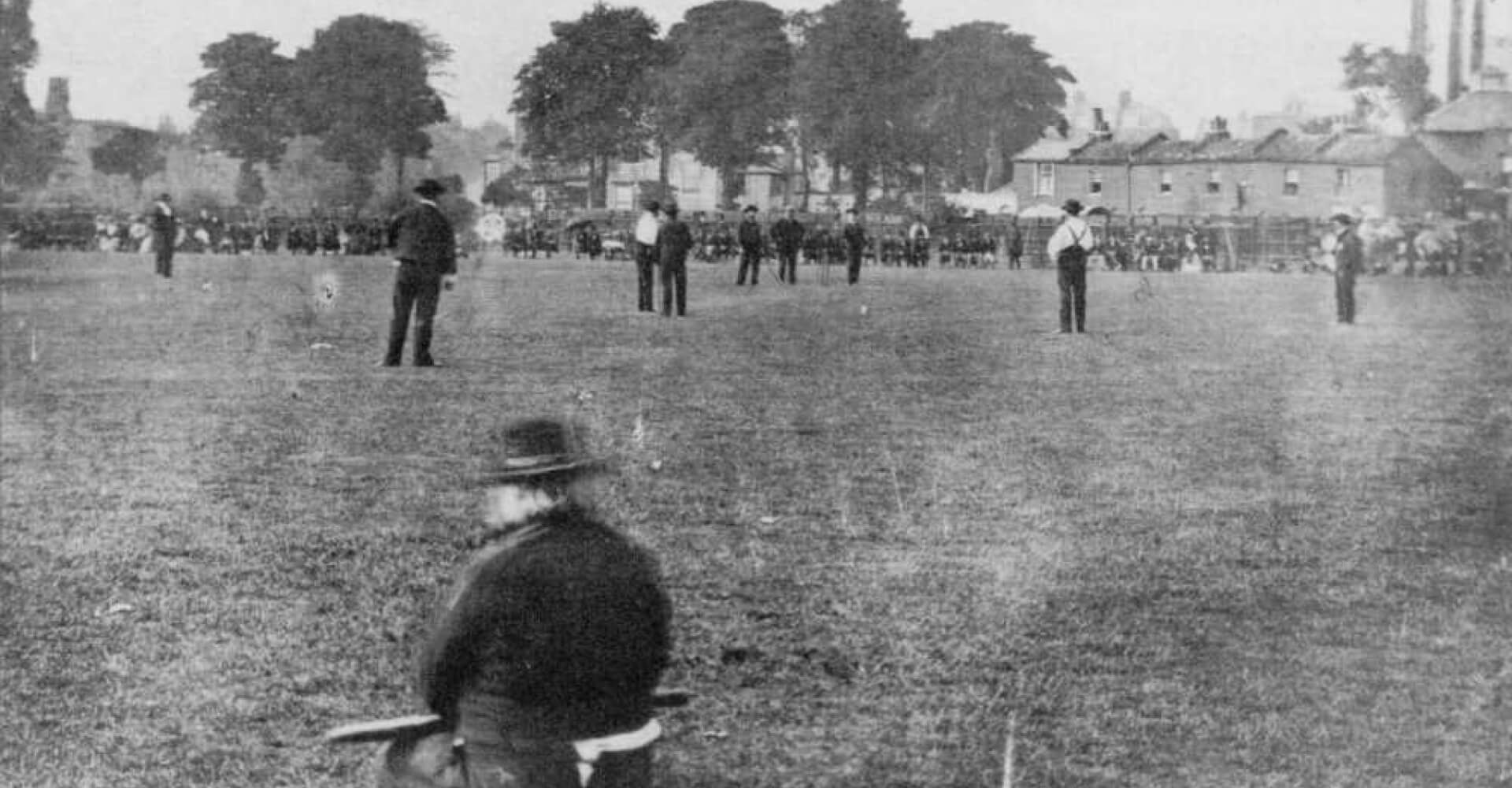 The memorable oval shape of the KIA Oval cricket ground dates back to c1790 when an oval road was first laid around what was originally a cabbage garden and then a market garden.

An ordnance survey map dating back to 1871 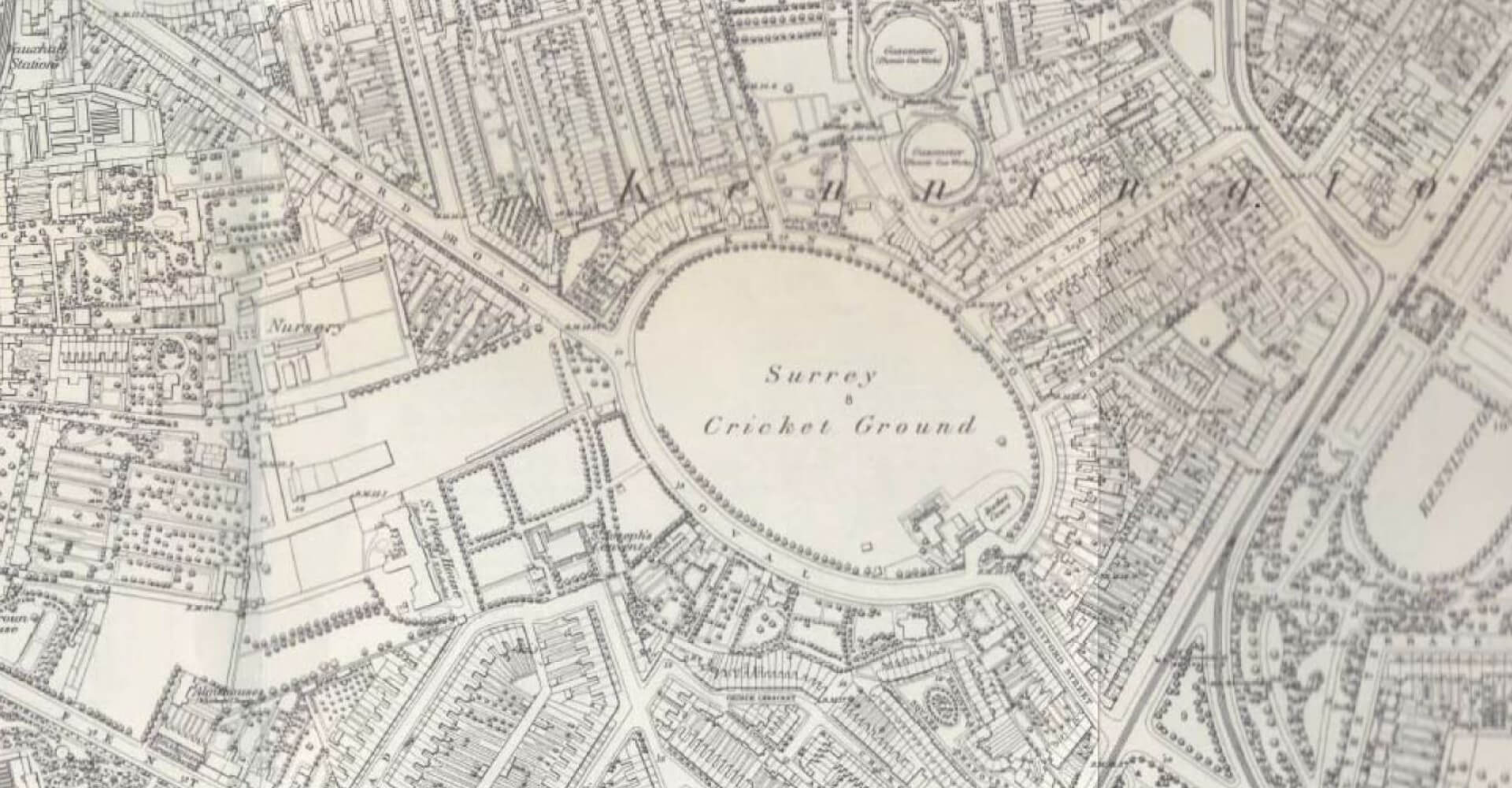 Then, in 1844, the Duchy of Cornwall leased the land to turn the market garden into a subscription cricket ground. With turf brought in from Tooting Common, the Surrey County Cricket Club opened in 1845. 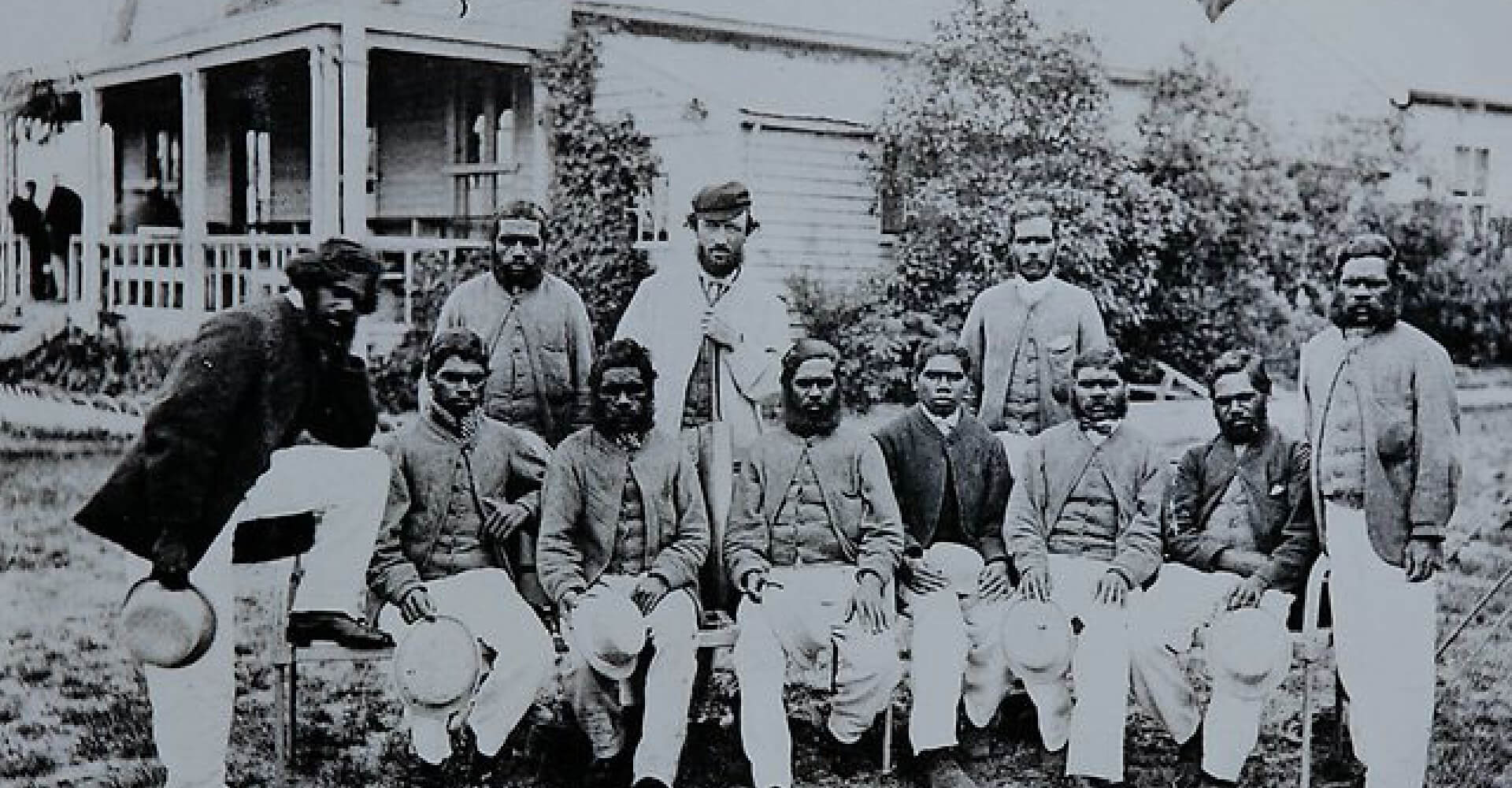 In 1882, the Sporting Times wrote an obituary of English Cricket:

'The first Test match in England was played at The Oval in 1880 between England and Australia. In 1882, Australia won the Test by seven runs within two days. The Sporting Times wrote a mocking obituary notice stating that English cricket had died at The Oval and the ashes would be taken to Australia. The English captain at the time, Ivo Bligh, had vowed to ‘regain those ashes’ and the tour was quickly dubbed as ‘the quest to regain the ashes‘. 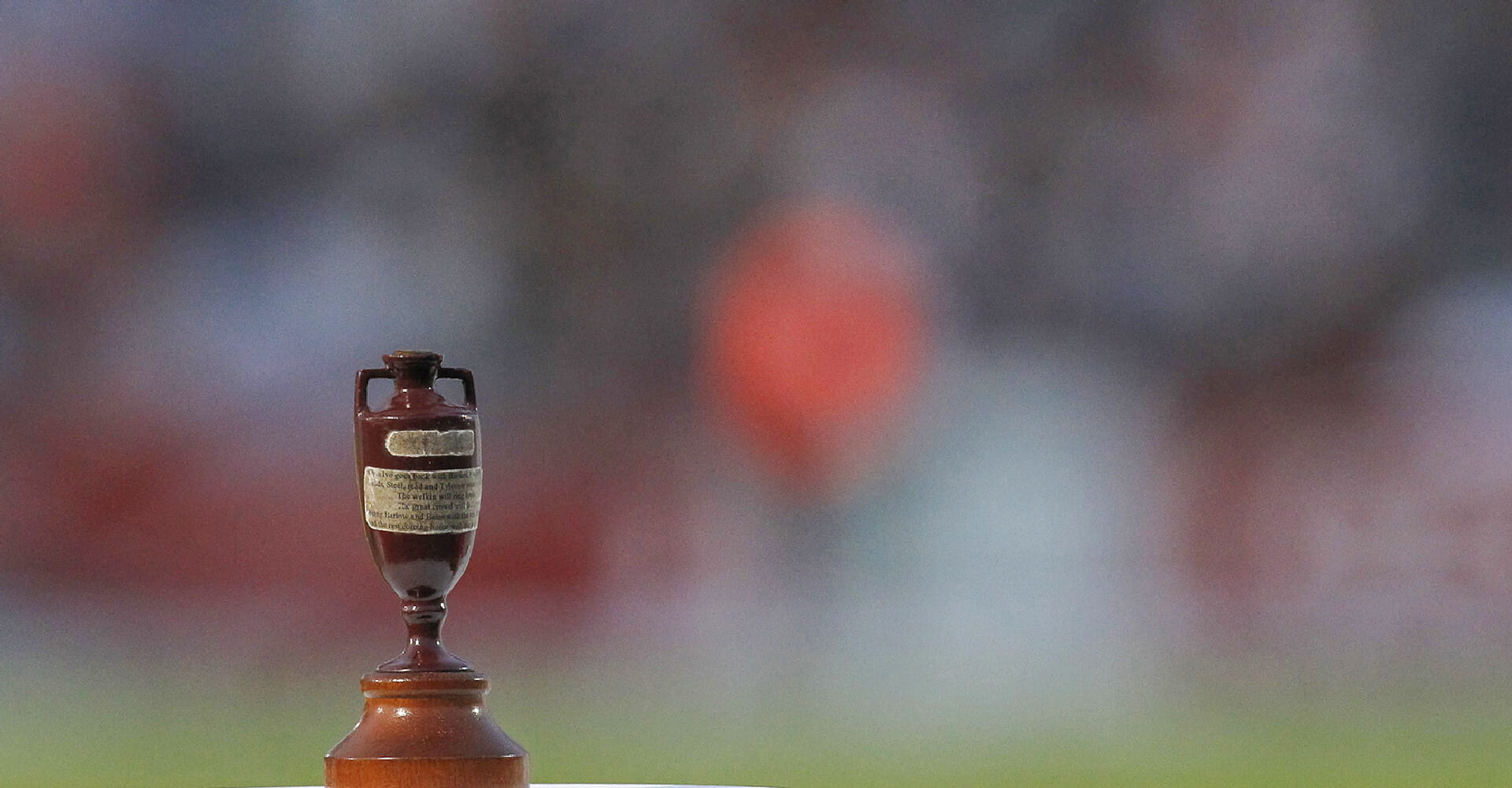 After winning two of the three Test matches on the tour, a small urn was presented to Bligh, the contents of which being reputed to be the ashes of a wooden cricket bail and were described as ‘the ashes of Australian cricket’. The Ashes trophy was thus created and is still hotly-contested around evert two years whenever England plays Australia.

As with most International sports, cricket at the Oval was entirely abandoned during the First World War; 210 first-class cricketers are known to have joined the armed forces, of whom 34 died. The Oval is also referenced in the poem ‘MCMXIV’ by Philip Larkin:

As if they were stretched outside The Oval or Villa Park,

The crowns of hats,

The sun On moustached archaic faces Grinning as if it were all An August Bank Holiday lark;"


During World War II, The Oval cricket ground was initially requisitioned as storage space to house searchlights. It was later turned into a prisoner of war camp, with the intention of holding enemy parachutists. However, since they never came, The Oval was never actually used for this purpose.

The Gasometer as the KIA Oval

Whether you think it mars the London landscape, or believe it to be a historical monument; the Grade II listed Victorian gasometer has been a part of the view from the oval since the 1847. The decorative structure has seen the entire history of the Oval play out and has survived both wars and redevelopment of the stadium. 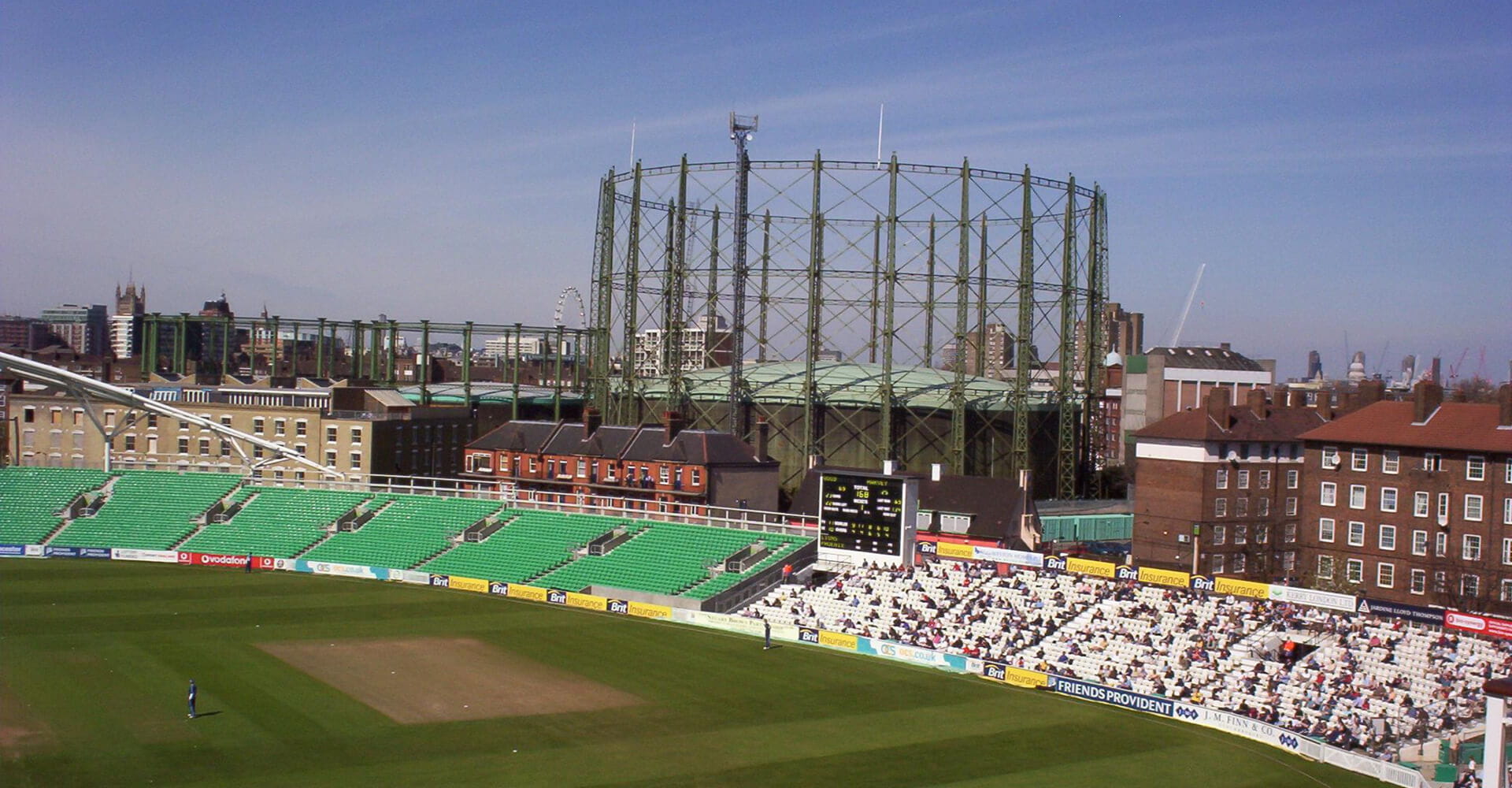 The Feathers of the Duchy 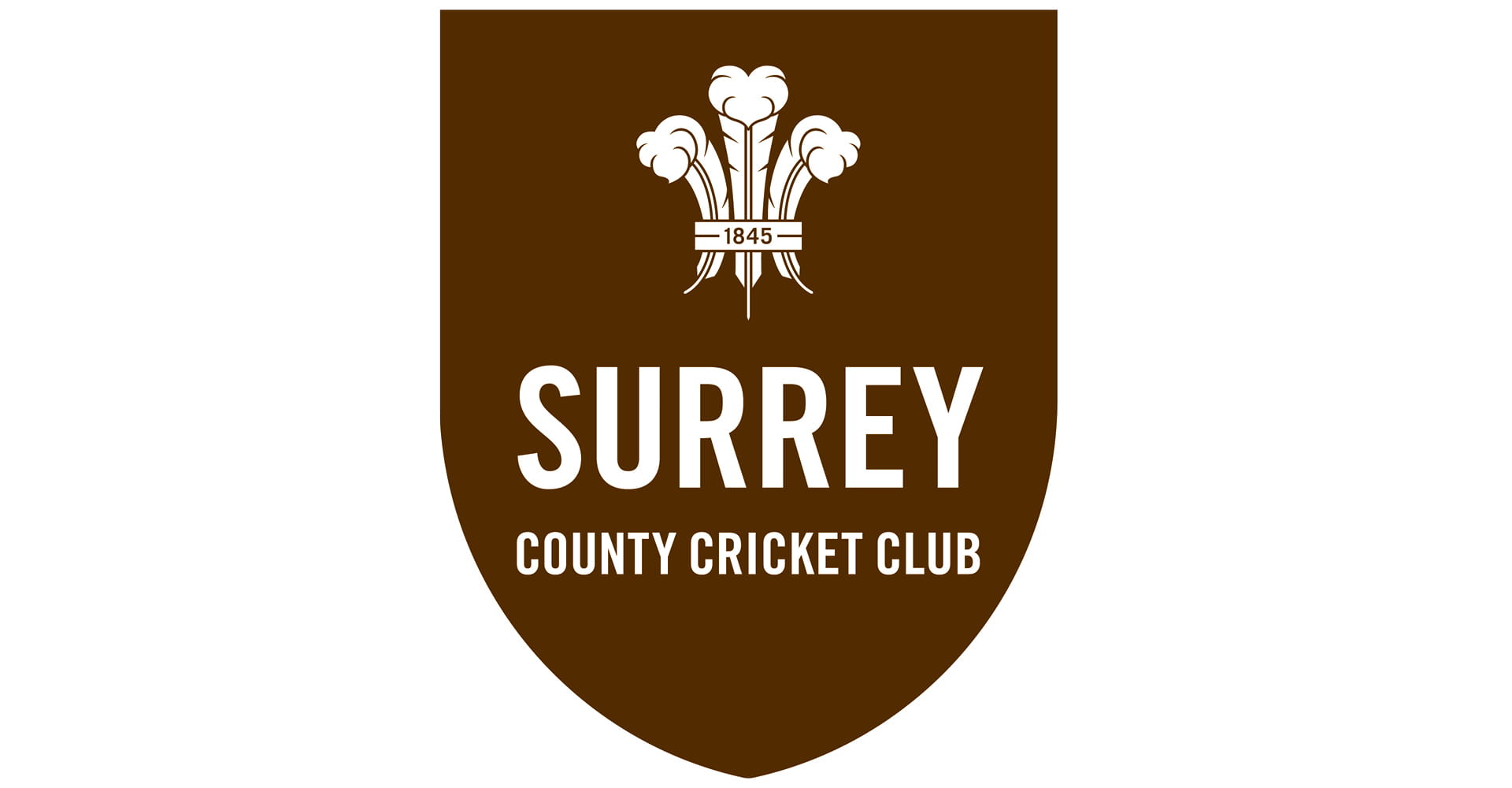 Renowned as one of the most significant cricket venues in the world, The Kia Oval has seen some of the greatest cricket players play at the highest level of their sport.

In the twentieth century, the first One Day International cricket match played at The Oval was on 7 September 1973 between England and West Indies. The Oval has also hosted matches in the 1975, 1979, 1983, and 1999 Cricket World Cups and now has played host to the opening match of 2019 Cricket World Cup, where England beat South Africa by 104 runs.

The Oval cricket ground also once held the record for the largest playing area of any Test venue in the world. Whilst that record has since been surpassed by Gaddafi Stadium in Pakistan. It is still, however, the largest in Great Britain.

This year's cricket promises to be just as exciting with the KIA Oval hosting matches in the Vitality Blast Twenty20 tournament, as well as the fifth and final test of the Ashes 2019 Series and we cannot wait!

With Keith Prowse being the official hospitality provider of the KIA Oval, you can expect a once in a lifetime experience as great cricket is accompanied by luxury hospitality. So make sure that you don't miss out, and book your 2019 Ashes hospitality package now to experience the finest cricket at the iconic Kia Oval.