On 27 April 2017 the 82nd annual NFL draft will take place in Philadelphia, USA to select newly eligible American Football players to professional franchises. These are players that have finished college and are looking to play in the NFL and have attended the combine* prior to the draft.

The NFL draft has come a long way since its introduction in 1936 when picks were written on a chalk board and the draft wasn’t even televised – the draft was bought to the masses in 1980. There are now 32 teams of America’s National Football League (NFL) that come together annually. TV ratings hit an all-time high in 2014 with over 45 million people tuning in to watch the draft. 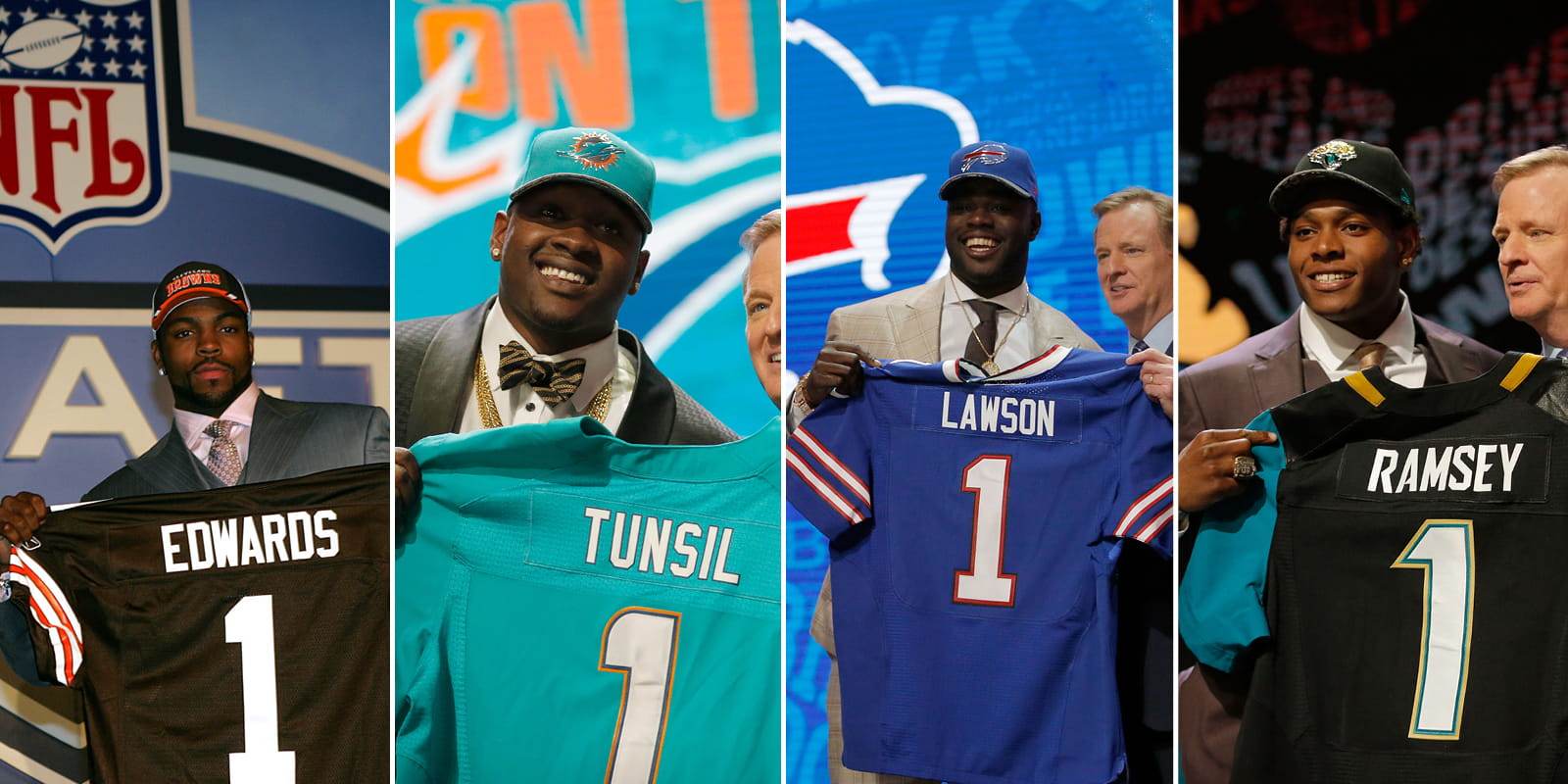 Each of the 32 clubs receives one pick per round, there are seven rounds in total for the draft. Selection is determined by the previous season’s results; the team with the lowest record gets the first pick ending with the team that won the Superbowl. Therefore, NFL clubs that didn’t qualify for the play-offs are assigned draft slots 1-20, and then teams that qualified for the play-offs are assigned slots 21-32. This means that the losing Superbowl team gets 31 pick and the Superbowl champions get the 32 pick. Order of picks are determined this way to allow for each team to have a fair chance every year and even out the competition for the next season.

How does Trading work?

Trading has a significant effect on the overall draft results and there’s often negotiations taking place behind-the-scenes, with-held from the public eye. NFL teams differ from other sports in terms of trading; instead of teams trading players for money, as seen for example in football, players are traded for either draft picks or other players depending on the requirements of that particular NFL club. Once teams have been assigned their draft positions, it is then up to the club to either select a player or trade the pick to another team. Trading between teams can be negotiated at any time before and during the draft and have the right to either swap draft picks or their current NFL players. 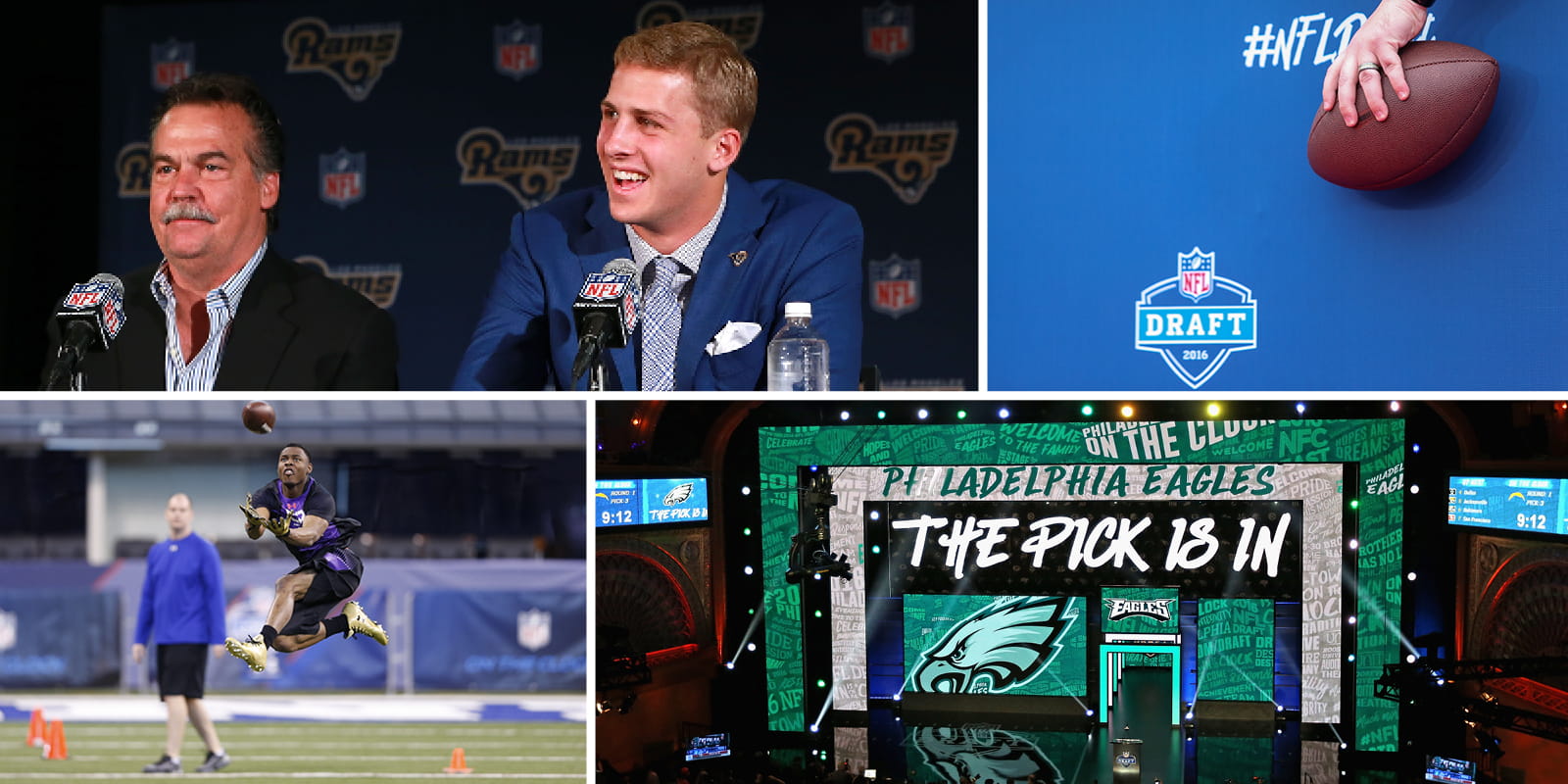 Scouting – how does this affect the draft?

Scouting is where young football talent is identified by NFL teams before the draft takes place. When scouting first began, multiple NFL teams joined together to form scouting organisations. The idea was to pool together resources allowing for more talent to be analysed and data to be collected.  After several years of different organisations competing against each other, the NFL announced it would grant the only centralised scouting organisation to the NFS (National Football Scouting) and run a centralised combine camp. They finally settled on Indianapolis in 1987 as the location for all future scouting and combine camps.

The combine is where candidates are invited to the centralized scouting event (organised by the NFS) for medical, mental, physical and athletic exams. During the camp potential players are on show to NFL teams and the general public. Results from these tests are collected, collated and then sent to all 32 NFL teams to be analysed and used in preparation for the draft. From the combine, teams can decide which players they would ideally like from the draft and prepare for trading to take place if necessary. The combine occurs annually every February with the 2017 combine taking place on 28 February and finishing on Monday 6 March.

*Fun Fact: The term ‘combine’ came from the separate scouting camps being combined.

To be eligible for the NFL draft, players must have finished high school for at least three years and have also used up their college eligibility. If candidates wish to enter the draft early, they have to request the league’s approval. Before the draft, the NFL has to confirm eligibility for all candidates which means researching more than 3,000 college players (2015). The NFL works with teams, agents and schools to verify information for all prospects.

If you want to see some of the 2017 draft in action, this October the NFL is coming to Twickenham. If you’re interested in watching these games from the #bestseatsinthehouse then head to our American Football page to find out more.