This week, it's all about the Arizona Cardinals. Take a look at our info graphic below to find out key facts, rankings, star players and much more. And if you like it then please feel free to share! 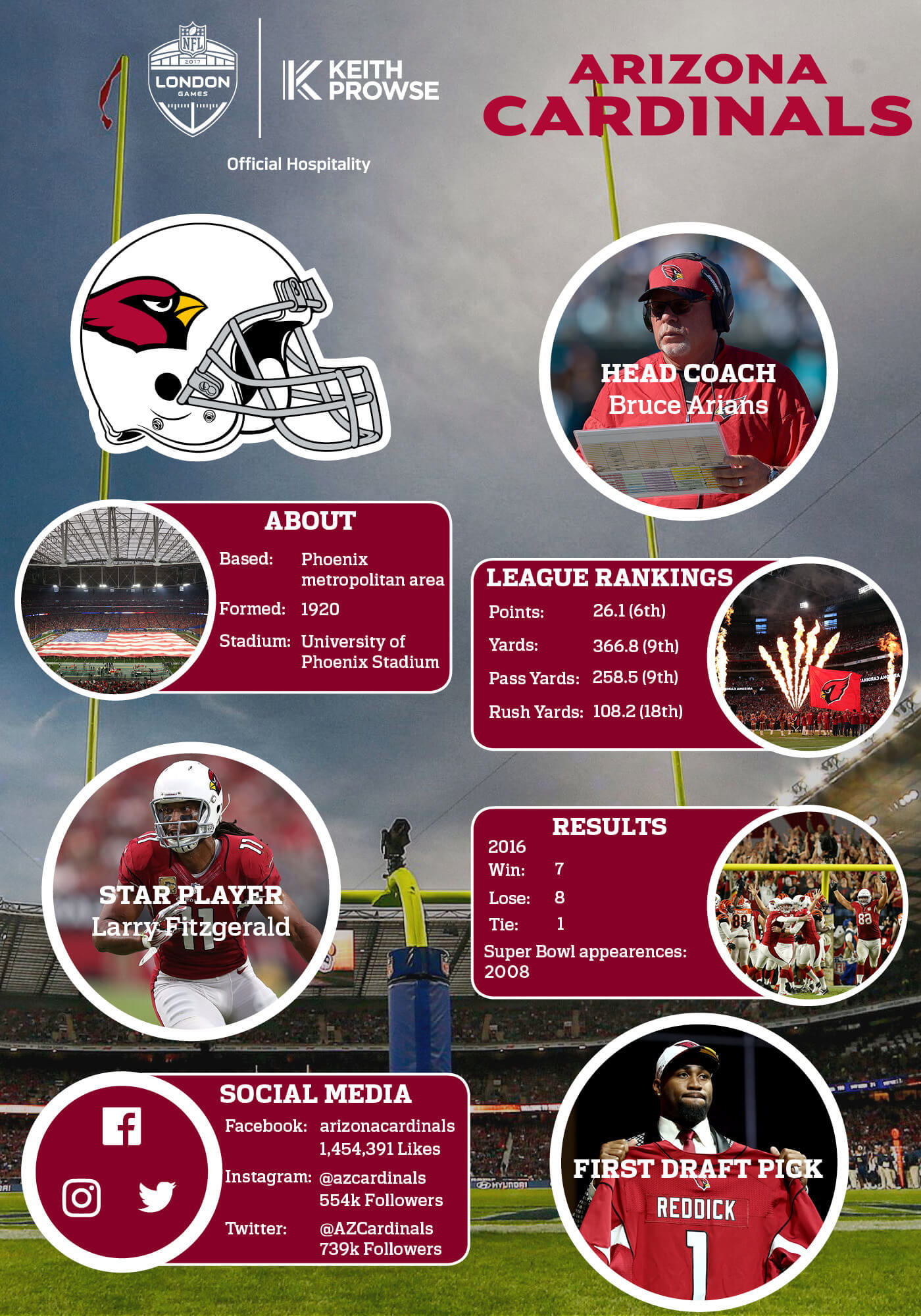