This week, it's all about the Minnesota Vikings. Take a look at our infographic below to find out key facts, rankings, star players and much more. And if you like it then please feel free to share! 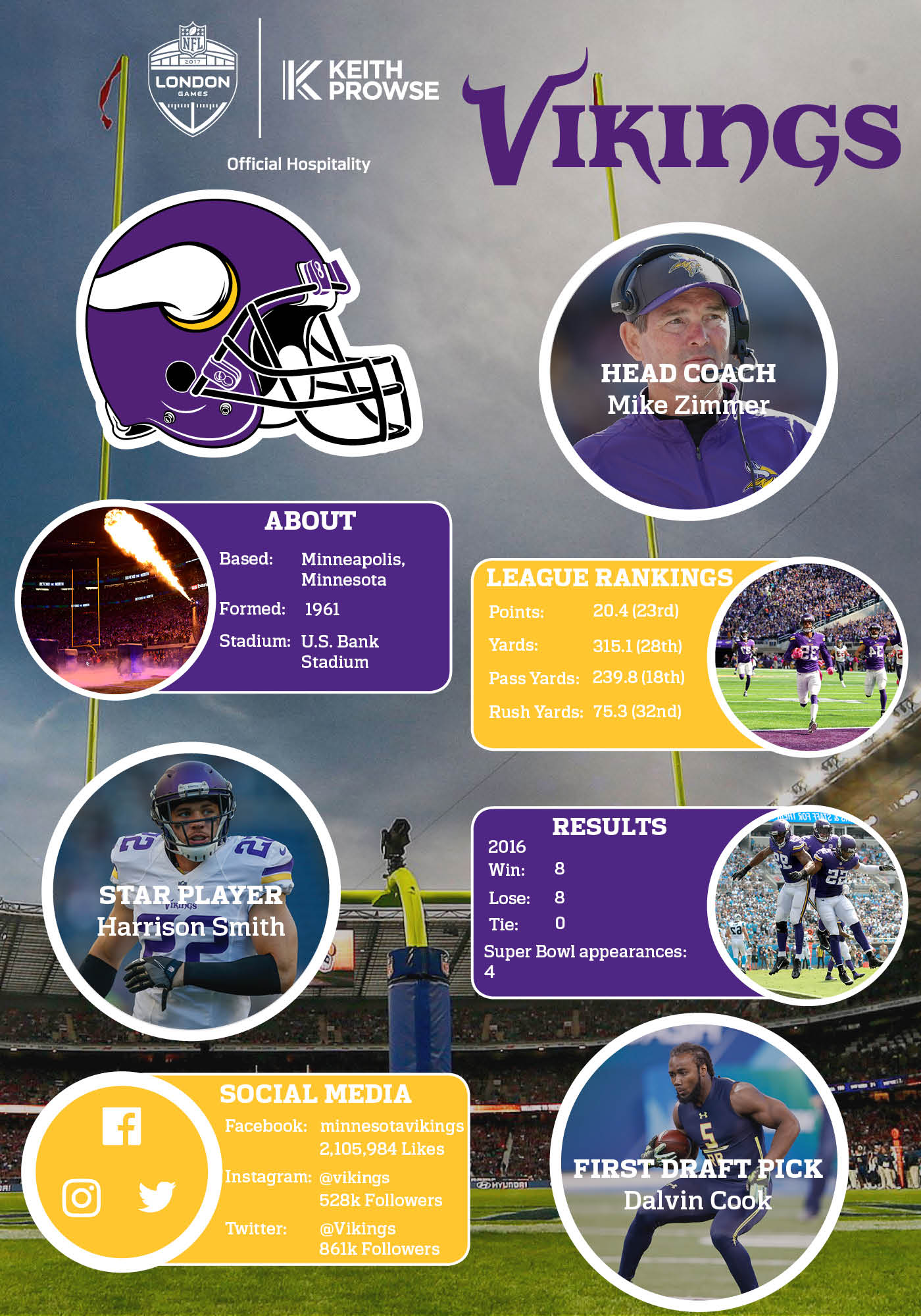 Want to get your hospitality experience? Click here for more information.