Keith Prowse talks to Michel Roux Jr who, along with his father and daughter, is a consultant chef in the Gatsby Club at Wimbledon and in Chez Roux @ Blue Riband at the Investec Derby Festival.

In part one of this two part interview, Michel tells us about his latest book, what he considers to be the upcoming food trends and his home comforts.

KP: Michel, thanks for taking the time to chat to us today. Many of our guests really value the partnership we have in place with the Roux family for Wimbledon and the Investec Derby Festival. I’m sure they’re keen to find out a bit more about you but also about your latest book, Les Abats.

What prompted you to write the new book?

MR: My love of offal! I know it’s not everyone’s cup of tea but everyone should at least try it. If it’s cooked properly it can be really lovely. My book debunks the myths about offal, and I wanted to make it easy to read and easy to follow. I’m passionate about eating offal and encouraging others to do so. The good news is, more and more people are choosing offal. It’s reasonably priced, nutritious and not too fatty.

KP: We’re sure a lot of people are daunted by offal. What’s the best piece of advice you can give to people cooking offal? 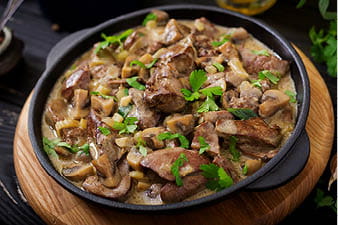 MR: Talk to your butcher and discuss the different types of offal. I’m a big fan of using independent suppliers. A lot of people associate offal with strong flavours – such as kidneys and tripe - but there are other, milder cuts of offal. Chicken liver, for example, is less strong and quite versatile (check out our Facebook page next week for the recipe). Cheeks and oxtail are also great for milder flavours.

KP: On the basis of your new book, what do you consider to be the most underrated cut of meat?

MR: Tough question! Every part of the animal can be used in one way or another. Pig’s ears are definitely underrated, but I am seeing them more and more on menus – a well-known restaurant in London serves them deep fried with spicy seasoning. It’s a challenge to get customers to try pig’s ears from a menu as many are put off by the name; it’s very much mind over matter. Call them crispy pork and people will be more open-minded.

KP: We’re not sure if you’d consider offal a food trend just yet… Which, if any, of the latest cooking trends excite you most?

MR: Offal should be considered a food trend! Its popularity is definitely increasing. I think sharing plates are on their way out – often you’re served a dish with 3 bites of food and there’s not enough food to really enjoy between two people. I think we’re starting to see a comeback of real plates of food – something a bit more substantial. 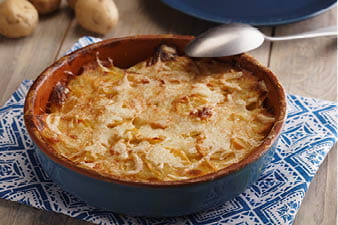 KP: And when you’re not in the mood for being innovative in the kitchen and looking for some home comforts, what’s your go-to meal?

MR: There are so many things to choose from but my wife makes a great Dauphinoise potato gratin – she’s the cook at home.

Les Abats – Recipes Celebrating the Whole Beast, by Michel Roux Jr, is on-sale online and from all reputable book retailers. Look out for our competition next month via Facebook, for a chance to win a signed copy of Michel’s new book. See below an exclusive recipe from his book. 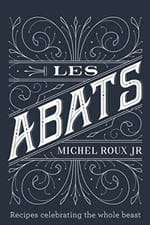 The Roux family work closely with Keith Prowse to deliver fine dining menus to hospitality guests in The Gatsby Club at The Championships, Wimbledon and in Chez Roux @ Blue Riband at The Investec Derby Festival.