For any tennis fan, the fortnight between July 2nd and July 15th is sure to be one of their favourite times of the year. They, after all, are the 2018 Wimbledon dates and are when the eyes of the tennis loving world turn to SW19.

Wimbledon 2018 will take place some 141 years after the first, so it’s fair to say that the Championships have a storied history.

1877 – Whilst the All England Lawn Tennis & Croquet Club had been in existence in one form or another since 1868, it was in 1877 that their first Lawn Tennis Championship was held.

1884 – Just seven years after the first championship was held, the All England Club hosted its first ever Ladies’ Championship.

1922 – The All England Lawn Tennis & Croquet Club moved to its current location and began to build the Wimbledon venue that we would recognise today.

1937 – Wimbledon was the first ever sporting event to be televised live by the BBC, back in 1937. Only viewers within about 40 miles of the BBC transmitters, however, could get a picture.

2009 – Rain delays became a thing of the past, with the unveiling of a retractable roof on Centre Court. That ensures that the biggest matches, and most importantly the Wimbledon final, can now always go ahead as planned.

The Championships & Their Venue

Wimbledon has had the same south west London home since 1922. Neither the venue nor the Championships, however, bear much resemblance to the simple surroundings and somewhat quaint competition of the early 20th century.

54,250 Balls – The Wimbledon ball boys and girls will be responsible for dolling out the 54,250 Slazenger tennis balls used during the Championships.

Ten Minutes – If rain hits Wimbledon, it takes ten minutes for the Centre Court roof to close. Only eight times in the history of the tournament has rain not intervened at some point, and on four occasions it has led to play being extended into the middle Sunday of Wimbledon fortnight.

All the facilities are there and all the arrangements made, therefore, to ensure that top quality tennis is delivered at Wimbledon. Over the years, that’s exactly what the Wimbledon schedule has been full of.

Eight* & Nine – The King and Queen of Wimbledon, in terms of singles titles won, are Roger Federer and Martina Navratilova, with eight (so far) and nine titles respectively.

15 Years & 285 Days – All the way back in 1887, British player Lottie Dod captured the ladies singles title almost three months before her 16th birthday.

17 Years & 227 Days – Compared to Dod, Boris Becker was positively ancient when he became the youngest winner of the men’s singles in 1985.

11 Hours 05 Minutes – American John Isner and Frenchman Nicolas Mahut played out the longest match in history back in 2011. Lasting just over 11 hours, the match had to be played out over three days and finished 70-68 in the fifth.

The Wimbledon fortnight is as much about the fan experience as it is about top class tennis. Those lucky enough to get Wimbledon 2018 tickets will be in for a treat. 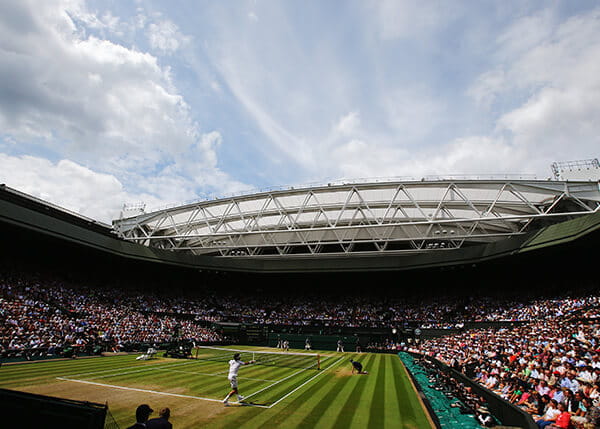 If you want to enjoy a little piece of everything Wimbledon has to offer, you can’t go wrong with one of the Wimbledon packages from Keith Prowse. Keith Prowse are official and experienced Wimbledon hospitality providers and have been making tennis fans’ grass court dreams come true for years. 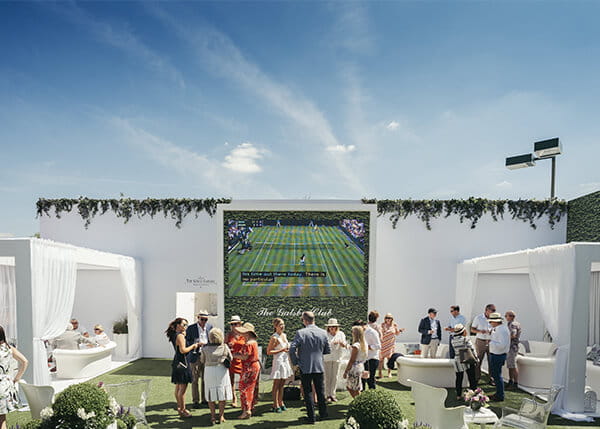 Their Wimbledon packages are as varied and as exciting as the Championships themselves and ensure that you and your guests will never forget a trip to SW19. All Wimbledon hospitality packages include those all-important tickets, often for either Centre Court or Court Number One, along with loads of fabulous added extras.

Centre Court SkyView Suites are available for ten or 20 guests and let lucky tennis fans enjoy a fine dining four course a la carte meal, as well as the top quality on court action. Couples or smaller groups, meanwhile, can treat themselves to a marvellous day out by reserving a place in the wonderful Gatsby Club or at a once in a lifetime Players’ Tables event.

Those are just a few of the high-class Wimbledon hospitality options offered by Keith Prowse and show just how special a trip to the All England Club can be.