For close to two decades Roger Federer and Wimbledon have gone together like strawberries and cream, which incidentally go down well at Wimbledon too. The Swiss tennis maestro has produced some of the most exciting and most impressive performances the patrons at SW19 have ever seen, and has become a firm fan favourite.

Wimbledon 2018 will be Federer’s 20th All England Championship and that’s got people wondering whether it might just be his last. Before we get to that potentially gloomy prospect, however, let’s take a look back at some of the golden moments Federer has already delivered on the hallowed Wimbledon turf.

You have to go all the way back to last century, to 1999 to be exact, to find Roger Federer’s first Wimbledon appearance. That year, he didn’t manage to pass the first round but it didn’t take the Swiss sensation long to start feeling at home on the grass of the All England Club. Just four years later, in 2003, he defeated Australian Mark Philippoussis in the final, to capture his first Wimbledon title and start an astonishing run of success. 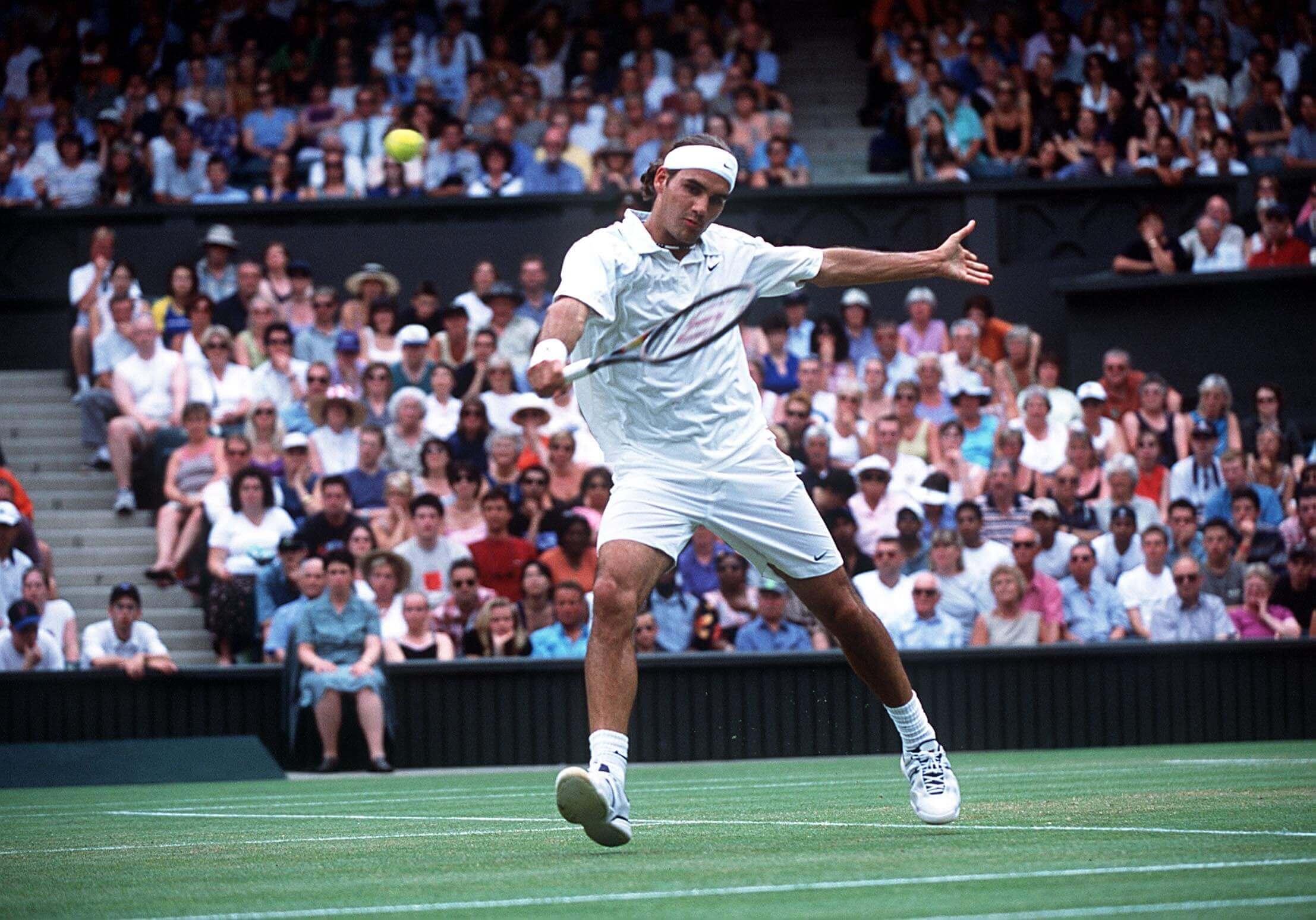 Three further Wimbledon crowns followed in the subsequent three years, and – along with the other slams he won in that time – helped to establish Federer as one of tennis’ all-time greats. It was perhaps the Wimbledon finals of 2007 and 2008, however, which cemented the Swiss player’s place both in the hearts of British tennis fans and in the folklore of the Championships.

Both finals saw Federer take on fierce rival Rafael Nadal, and delivered five-set thrillers which most knowledgeable observers rank as amongst the very best tennis matches ever played. Federer tasted success in the first of those epic encounters and was narrowly vanquished in the second, but his performances in both will be forever remembered by anyone who witnessed them.

Federer bounced back from his 2008 defeat to Nadal to win Wimbledon once again in 2009, and then equalled Pete Sampras’ record of seven titles in 2012. A record-breaking eighth title was a long time coming but eventually arrived last year, and in spectacular fashion.

Throughout the 2017 Wimbledon Championships Federer did not drop a single set, in an achievement that was last accomplished by Bjorn Borg back in 1975. The remarkable Grand Slam victory was sealed with a routine win over Marin Cilic in the final, which belied Federer’s advancing years. The remainder of 2017, though, began to sow the first seeds of doubt as to just how much longer tennis fans will be able to enjoy watching Federer in action.

Not too long after his 2017 Wimbledon triumph, Federer suffered a freak injury whilst running a bath for his twin daughters. The injury caused the Swiss maestro to miss fully five months of tennis and got some tongues wagging as to whether he’d ever be able to return to his best. In the style of the great champion he is, however, Federer soon quietened those doubters.
Almost straight off the back of his extended layoff, Federer captured his 20th Grand Slam title at the Australian Open, sparking a spectacular start to 2018. He began the season with 17 straight victories and that was enough to return him to the number one spot in the ATP player rankings.
By reaching the summit of the rankings, Federer became the oldest world number one ever, by more than three years. The 36 year old, what’s more, also holds the distinction of being the oldest winner of a Grand Slam in the Open Era by quite some distance. It is perhaps because many of his most notable recent achievements are prefixed by the word ‘oldest’, that some observers have begun to wonder if Federer’s marvellous career will soon draw to a close.

Following his sparkling 17-0 start to the 2018 tennis season, Federer fell to his first defeat at the hands of Juan Martin del Potro in the final of Indian Wells. He then quickly suffered a shock loss to world number 175 Thanasi Kokkinakis at the Miami Open, before announcing he would skip the whole of the European clay court season. 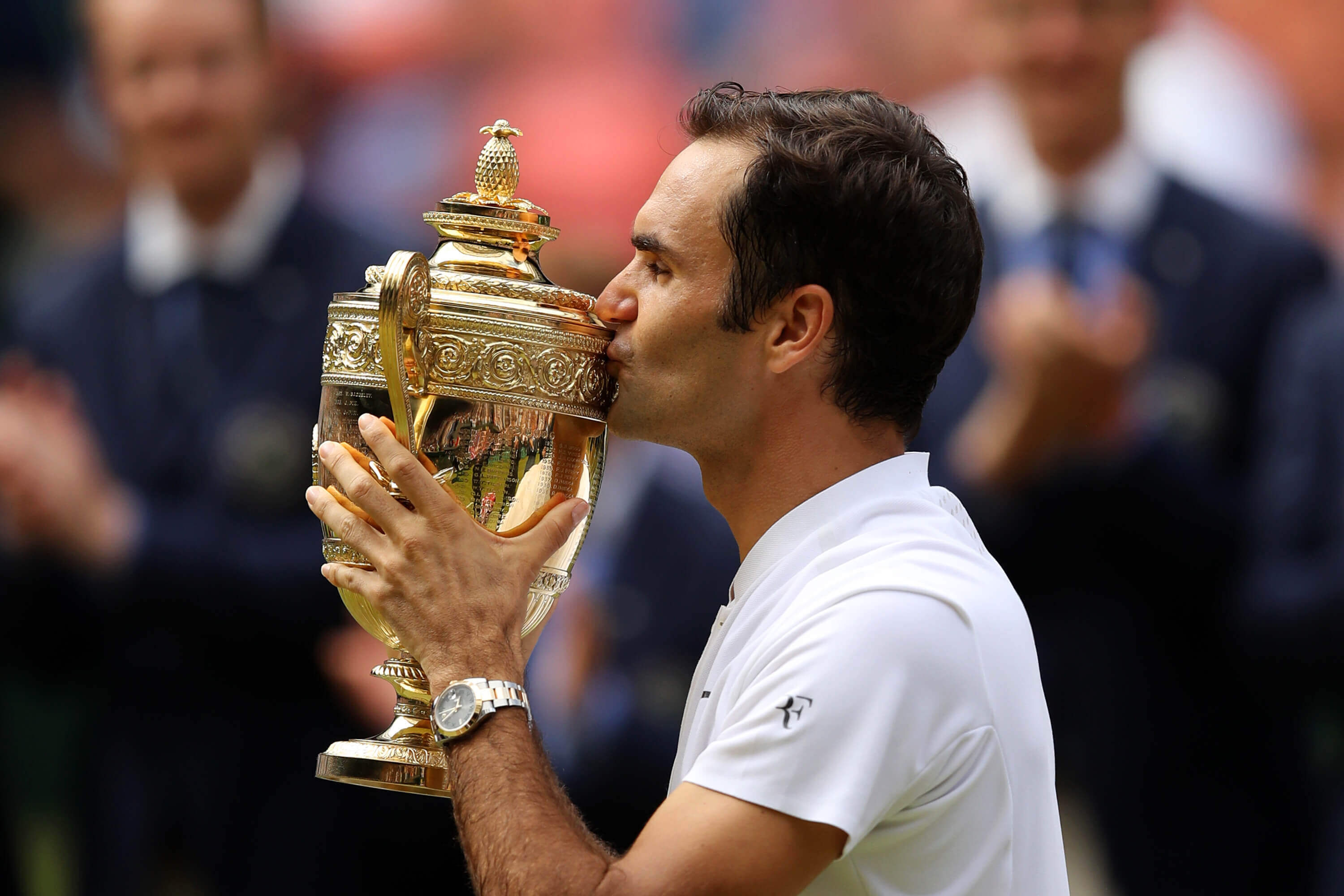 That decision means that Federer will not appear at the French Open in May, and instead will tailor his whole early summer toward Wimbledon 2018, in a mirror image of what he did last year. The fact that Federer has taken that decision once again, potentially reveals two important things.

Firstly, it suggests that he is determined to once again put on a show at Wimbledon; a tournament which he has always stressed is his favourite. It also demonstrates, however, that nowadays he does not believe he can produce such a performance if he’s also been competing in the weeks leading up to the tournament. The scheduling decision from Federer in 2017 and again this year, then, is perhaps an admission that at 36 he is not quite the tennis superhero he once was.

With that in mind, thoughts of retirement may well have occurred to him, and there would be no better way to go than in the wake of a magnificent ninth Wimbledon title this summer. What all of that means is that you might not have many more chances to see Roger Federer in action, so you’d best make the most of any which do arise.

Keith Prowse offer a wonderful array of different top class tennis hospitality packages, both for Wimbledon itself and for the traditional warm up tournament at the Queen’s Club. Amongst those packages, you’re sure to find one that suits you and which will make your trip to the tennis a once in a lifetime experience.