Formula 1 is seen by most as the very pinnacle of motorsports. It is where technology and sporting endeavour come together in perfect harmony to produce true high octane action. F1 cars have been doing battle on the race track since the inaugural Formula 1 season back in 1950, and in the ensuing seven decades F1 fans have watched some marvellous machines strut their stuff.

The following are five of arguably the best F1 cars all time, in terms of the on-track success which they achieved. To make it easier to compare cars across the eras, the list is limited to Formula 1 cars which competed over just one season and also only includes one car per constructor. To avoid upsetting fans of particular cars, too, the list is presented in chronological order rather than as a ranking.

Boasting the iconic 1980’s red and white livery of McLaren, the MP4/4 was utterly dominant during the 1988 season. 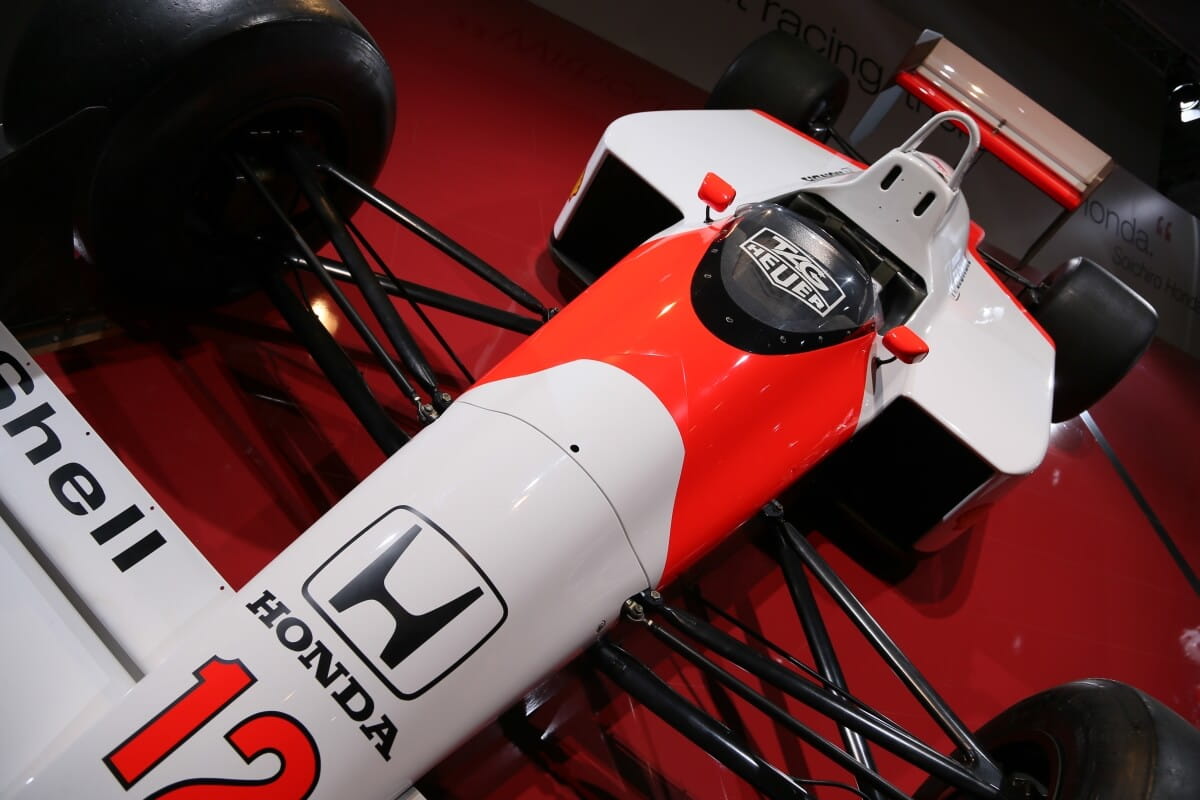 Providing legendary drivers Alain Prost and Ayrton Senna with the ideal vehicle for that season, the MP4/4 was driven to 15 victories out of just 16 races. It was Brazilian Senna in his first F1 season who took eight of those 15 wins, to just pip his French team mate to the drivers’ championship.

Those 15 victories included no fewer than ten 1-2 finishes in 1988, and meant that the MP4/4 also delivered McLaren an utterly comfortable constructors’ championship win. In fact, the team collected more than three times the number of points of their closest rivals in that competition.

No list of the most successful F1 cars of all time could possibly be complete without the inclusion of a Williams. One of the most traditional and long-lived Formula 1 constructors, Williams have manufactured some great machines down the years, but the FW18 was surely their best Formula One car.

In the course of the 1996 F1 season, the FW18 was driven to 12 race wins from the 16 Grand prix that year. Eight of those victories were accounted for by British driver Damon Hill whilst his Canadian team mate Jacques Villeneuve hit the chequered flag on four occasions.

That dominance saw Williams collect the constructor’s championship with 175 out of a maximum possible 256 points, as well as giving Hill the drivers’ title and Villeneuve second spot.

If this were a list of the most successful Formula One teams of all time, it would be hard to find any constructor to rival Ferrari. For many people, a bright red paint job and an iconic 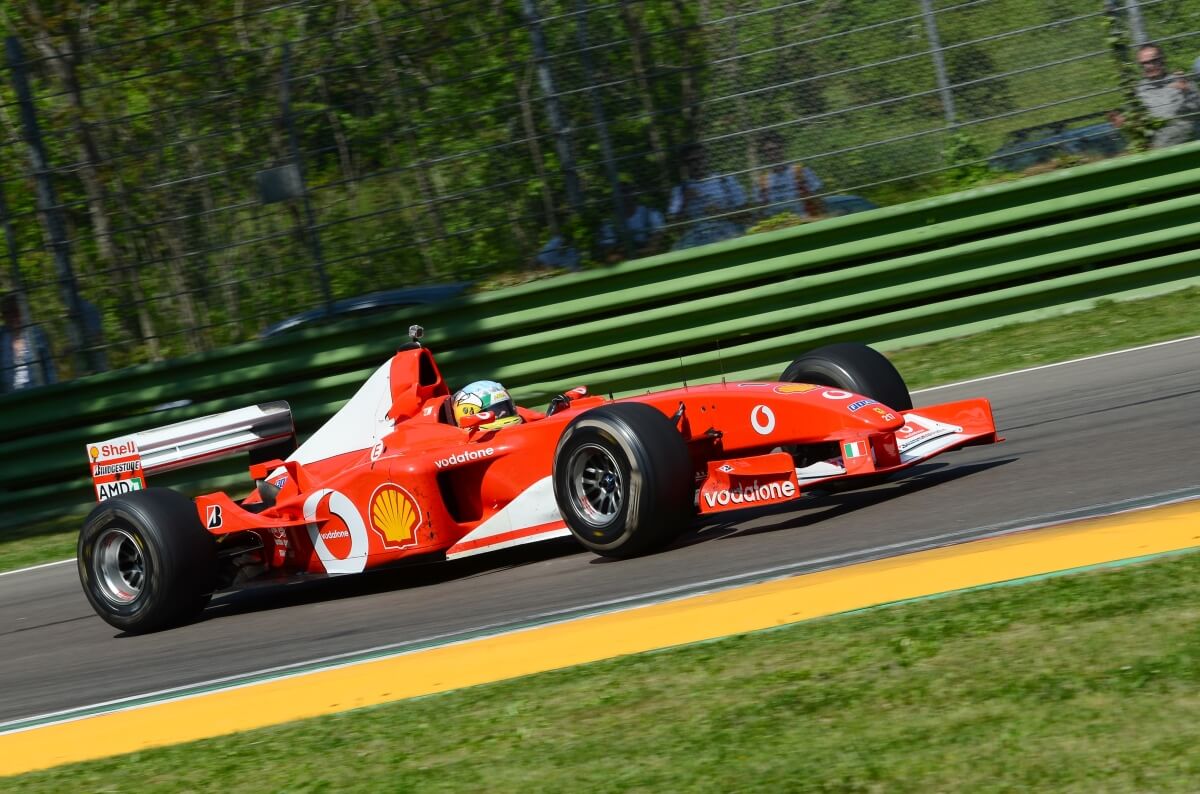 prancing horse is what truly makes for the best Formula One car. In 2002, the F2002 car sent out on track by the Italian manufacturer lived up to Ferrari’s high reputation, and did plenty to further enhance it.

Delivering the fifth of Michael Schumacher’s record seven drivers’ championship titles, the F2002 took the legendary German driver to the championship with six of the year’s 17 races to spare.

That is the quickest that any driver has ever put the championship to bed, and of the 15 races that year where Schumacher had use of the F2002 (Ferrari used their 2001 chassis in the first two races), he won all but one of them. Thanks to strong performances from Rubens Barrichello, too, Ferrari scored as many points in the 2002 constructors’ championship as all other teams combined.

Where Ferrari dominated the 1990s and early 2000s, it was comparative new kids on the block Red Bull who made the early 2010s their own. The team who essentially introduced now four-time world champion Sebastian Vettel to the big time, Red Bull’s best Formula One car was that which gave the German his fourth crown in 2013.

For much of that season, Vettel and his RB9 were in a fairly close battle with Ferrari’s Fernando Alonso for the drivers’ championship. That was, at least, before the German won each and every one of the season’s final nine races. That astonishing run of success took Vettel’s total wins in 2013 to 13 and saw him win the title by an F1 record 155 points.

The first season after Formula One introduced fully integrated power units, with an Energy Recovery System as well as an internal combustion engine, was utterly dominated by the Mercedes F1 W07 Hybrid. Out of an increased slate of 21 total Grand Prix in 2016, Mercedes won all but two of them, with Brit Lewis Hamilton accounting for nine and German Nico Rosberg collecting ten.

It was Rosberg who would pip his team mate and fierce rival Hamilton to the drivers’ championship by just five points, but the constructors’ race was by no means close. Mercedes’ 19 victories and 14 other podium finishes during the season saw them take that title by an all-time record 297 points, in a peerless display of dominance.
If you want to find out which will be the best F1 car of 2018 and beyond, you can do so in true style with an F1 hospitality package from Keith Prowse. Keith Prowse provide a range of top quality motorsports hospitality options, including much sought after packages for the British and Monaco Grand Prix.
Posted In: