There’s something very special about an England rugby tour. This summer, England will be heading to South Africa to face the Springbok rugby team in a three test series which rugby fans have been long looking forward to. The tour gives England a chance to bounce back from some disappointing recent results and will also add an extra chapter to what is an already storied England South Africa rugby rivalry.

The first England vs South Africa test gets under way on the 9 June, with further matches scheduled on the following two Saturdays. To get in the mood for what should be a cracking series, then, let’s take a look at some of the best South Africa rugby players from yesteryear, as well as a few who will be key to the Springboks’ chances this summer.

The South African rugby team has featured some of the game’s all-time greats down the years. There’s not the time to cover all of the SA rugby luminaries who have lit up the global game in the past, but the following are just three who live long in the memory.

He might not have played as many games for South Africa as some of the players who aren’t going to get a mention here, but flanker Francois Pienaar is still arguably one of the best captains South Africa have ever had. Playing 29 times for his country, and captaining the side on each and every one of those occasions, Pienaar led his nation in the iconic 1995 World Cup. 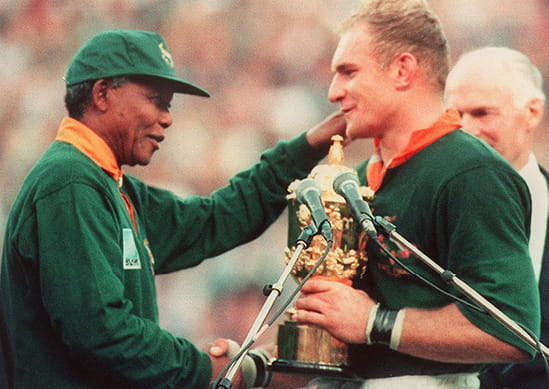 Held at home in South Africa under the watchful eye of new president Nelson Mandela, the tournament is arguably one of the most famous sporting occasions in history. South Africa went into the competition as ninth seeds but played well above themselves under the leadership of Pienaar, and would go on to lift the trophy and unite a nation.

If you were looking to build from scratch the perfect winger to play international rugby, what you would come up with would essentially be the recently retired Bryan Habana. Habana had pace to burn throughout his career and, unlike some wingers in the international game, also instinctively knew how to finish moves and score tries.

Habana represented the Springboks in 124 test matches and scored a South African all-time record 67 tries. Amongst those tries were no fewer than 15 in Rugby World Cups, the 15th of which equalled Jonah Lomu’s career World Cup record tally.

A scrum half who represented South Africa with aplomb for ten years between 1993 and 2003, Joost van der Westhuizen commanded huge respect both on and off the field from the wider rugby world. The skilful player turned out for his country 89 times, scored 38 tries and was a part of the famous 1995 World Cup winning South African team.

Inducted into the International Rugby Hall of Fame in 2007, van der Westhuizen was confined to a wheelchair by motor neurone disease from 2011 to his death in 2017. Even during those difficult years, however, he managed to make a real difference by raising awareness of the disease through his J9 Foundation.

It’s fair to say that South African rugby hasn’t been enjoying a particularly fruitful period of late. As the home team in the upcoming England V South Africa series, however, the Springboks will surely be hoping for some positive results. If they are to get them, the following trio of players are likely to be key.

When South African coach Rassie Erasmus named his squad for the England vs South Africa rugby tour this summer, arguably the biggest story was his appointment of Siya Kolisi as captain. Kolisi will become the first black captain in the history of South Africa rugby and will surely be hoping to start his tenure with a famous series win over England. 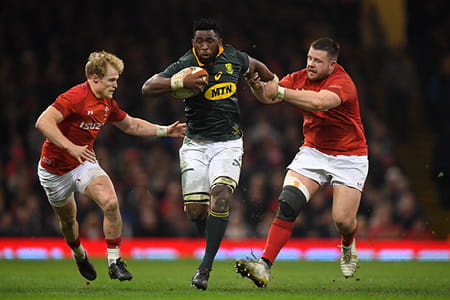 Aged just 26, Kolisi made his debut back in 2013 and grabbed the man of the match award during that first test against Scotland. The powerful flanker has hardly looked back since, and Erasmus is far from the only person in the rugby world to be impressed by Kolisi’s leadership qualities.

On the whole, the Springbok rugby squad to face England is a fairly inexperienced one. If South Africa are to stand up to the pressure which will surely be applied by the visitors, their handful of more experienced players will surely need to make a big impression.

Prop Tendai Mtawarira has represented his country in 98 test matches to date and is by far the most experienced member of the current South African setup. The strong scrummager and powerful ball carrier has earned the nickname of ‘The Beast’ across his career so far and will be hoping to more than hold his own against England’s forwards.

Whilst Kolisi and Mtawarira will be hoping to win the forward battle for South Africa versus England, in the backs the Springboks will be largely relying on the skills of Jesse Kriel. Able to also play on the wing or at full back, Kriel will likely line up against England at centre.

In his 29 tests so far, 24 year old Kriel has utilised his natural physicality and speed to score eight tries. Those tries include scores against both Wales and France in South Africa’s recent tests over the winter, and Kriel will surely hope to extend that good scoring run at home against England.

England vs South Africa, should provide rugby fans with plenty of entertaining action to enjoy this summer. If you fancy taking in some similarly high class action, you can do no better than seeking out one of Keith Prowse’s top quality rugby hospitality packages. Keith Prowse are peerlessly experienced in providing rugby hospitality and have a range of options to suit all numbers, needs and preferences.