The first test of the current England vs South Africa rugby tour was a pulsating affair. The two teams shared an extraordinary 81 points, with the Springboks coming out ultimate 42-39 victors. That was just the latest of a string of fabulous encounters between the two rugby powerhouses, and right here we’re going to take a trip down memory lane to look back on the thrilling history of England v South Africa.

The first ever England vs South Africa test match took place all the way back in 1906. Thanks to the apartheid years there have only been a further 38 matches since.

All in all, those 39 tests have delivered far greater success for Springbok rugby than for the England team. South Africa, have won a total of 24 matches, compared to England’s 13, with two games ending in draws. 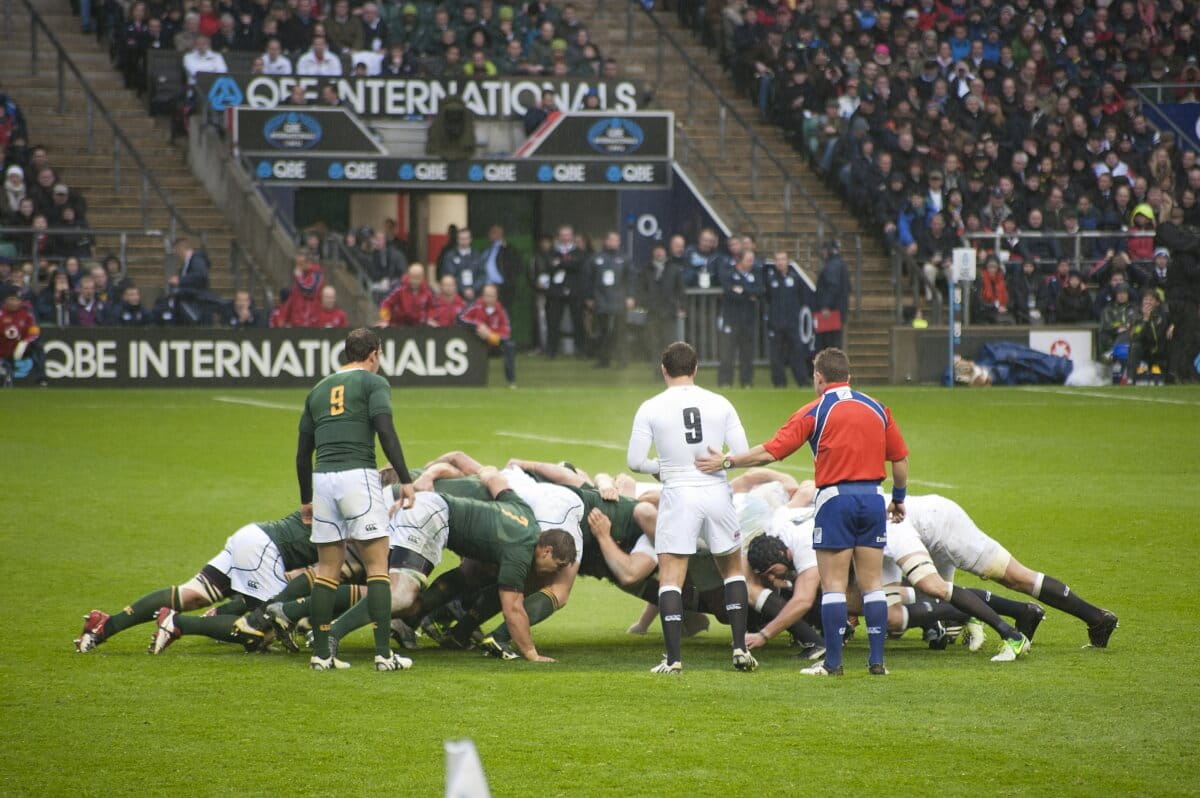 When you isolate games played in South Africa, what’s more, the statistics sway even further in the favour of SA rugby. On home soil, the Springboks have won ten of the 14 matches played, whilst England to date have three victories.

The record of the South African rugby team with home advantage when taking on England, won’t give England much hope of turning around the current series. The past 14 England South Africa rugby test matches have produced one draw, one England win and an astonishing 12 Springbok triumphs.

The overall history of England v South Africa rugby might be a little one-sided in South Africa’s favour but there have been plenty of outstanding matches played between the sides over the years. The following are just five examples of the kinds of barnstorming battles which the teams regularly serve up.

The South Africa rugby team returned to Twickenham for the first time in 23 years in 1992, after apartheid had seen them expelled from the international scene. The Springboks were strong underdogs for the encounter but put on a great early show to build a 16-8 lead.

England’s experienced and powerful forward pack then took charge of the game, however, and saw the home side fight back with a vengeance. A first international try from Tony Underwood really got the ball rolling and alongside scores by Will Carling, Jeremy Guscott and Dewi Morris, secured the 36-16 victory. 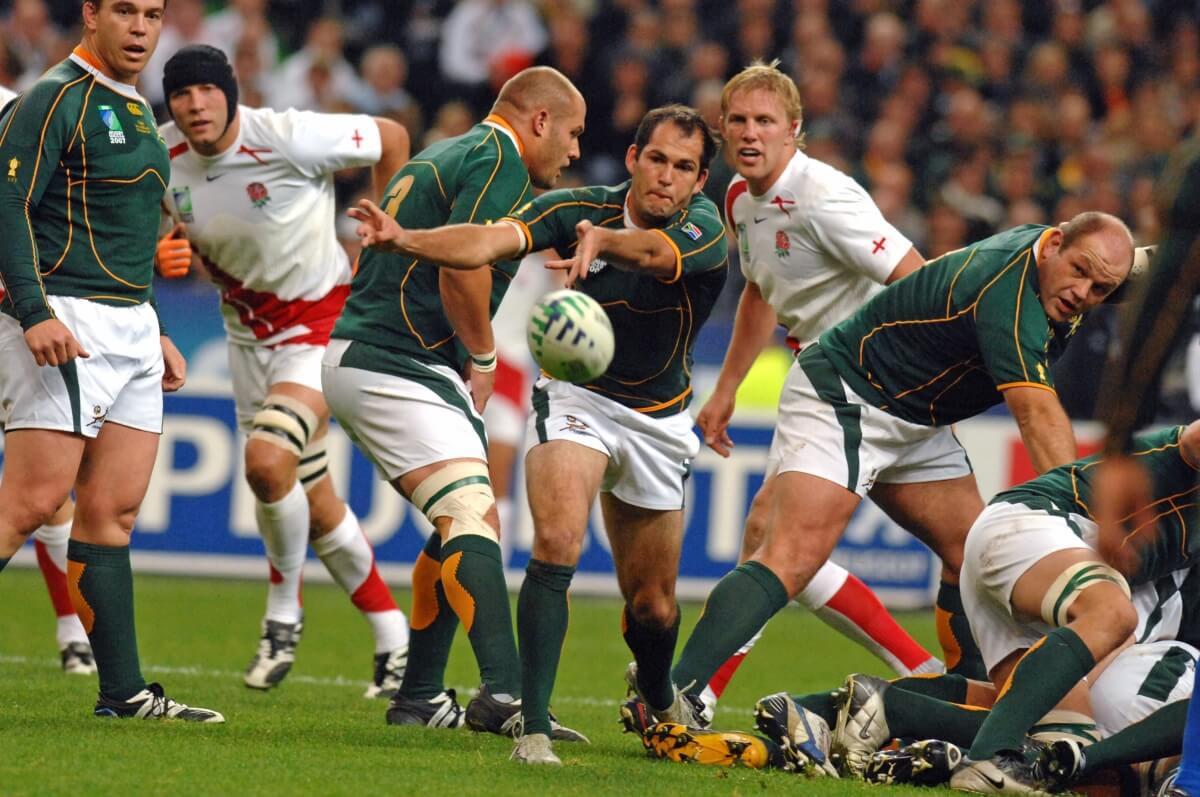 Led by their coach Clive Woodward, England went into the 1999 World Cup with high hopes. Those hopes were dashed, however, at the quarter final stage by an inspired Springbok rugby team. 34 of South Africa’s 44 total points in the game were scored by fly half Jannie de Beer in a virtuoso kicking display.

It was in the second half that de Beer really took charge of the game, slotting over a world record five drop goals. As if that performance wasn’t extraordinary enough, de Beer wouldn’t even have been playing in the game had it not been for an injury to Henry Honibal.

A game as notable for what it preceded as for what actually occurred on the pitch, December 1998 saw Clive Woodward’s England beat a southern hemisphere side for the very first time.

The result arguably represents the first big step toward England’s ultimate 2003 World Cup win and also prevented South Africa from racking up a record-breaking 18th consecutive test match win. On the field, it was a Jeremy Guscott’s try from a Mike Catt cross-field kick which made the difference for England.

One of the closest England v South Africa encounters in recent memory, when the teams clashed at Twickenham in 2012 the result was uncertain right up to the final whistle.
The teams traded penalties in the early stages, which saw South Africa head to half-time 9-6 in the lead. A somewhat fortunate try early in the second half helped them extend the lead to 16-6 before an England fightback. 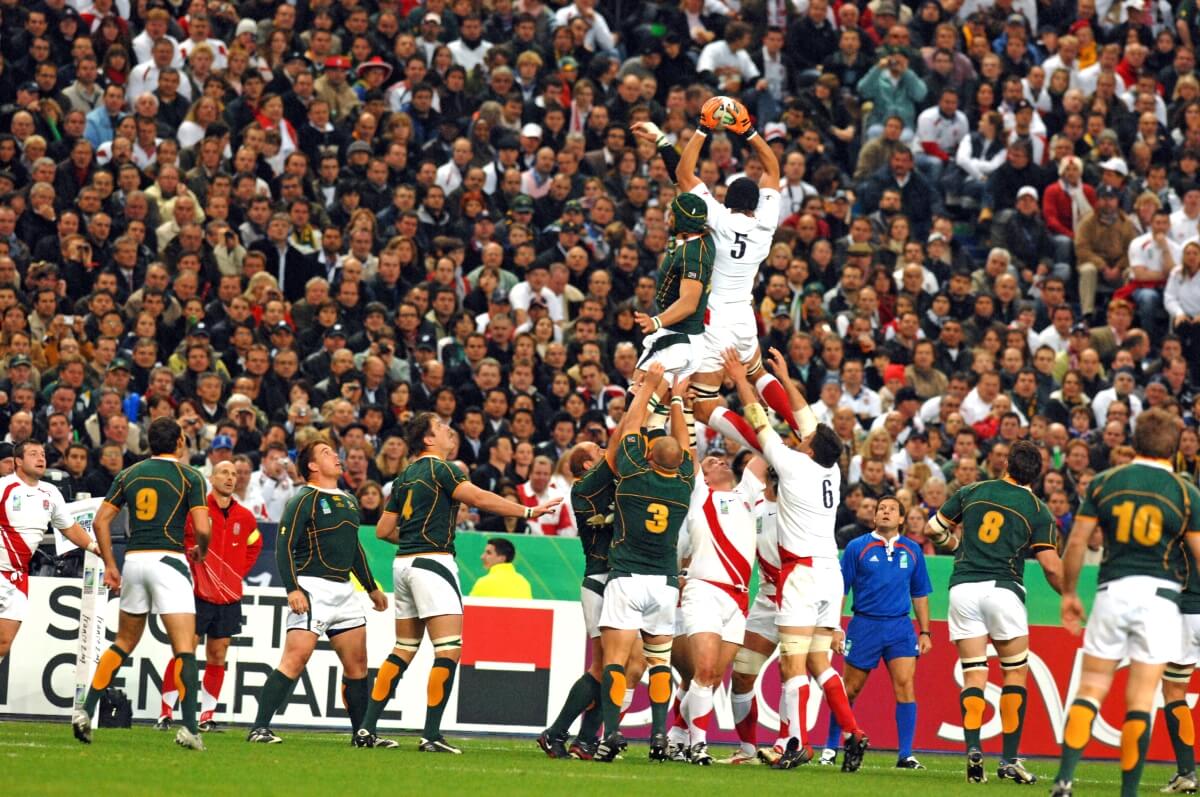 Still four points behind and with only just over a minute to play, England captain Chris Robshaw decided to tell his fly half to kick for goal when England won a penalty. The kick was successful but left England still one point down and with no time to even regain possession, let alone score again.

One of the most glorious chapters in Springbok rugby history, it was against England in 2007 that the team captured their second rugby World Cup. Having beaten the English 36-0 in the pool stages, South Africa were strong favourites in the final but were given a stern test by their northern hemisphere opponents.

A tight encounter throughout, the final could have been a whole lot different had a Mark Cueto try for England not been controversially disallowed in the second half. As it was, however, the South African rugby players were the ones left celebrating when the final whistle was blown.

England v South Africa rugby encounters down the years, have delivered fans some of the most memorable moments in the sport’s history. If you want to create some memorable moments of your own, Keith Prowse can cater for all of your rugby hospitality needs and fixtures in the 2018 Quilter Internationals includes England v South Africa (Saturday 3 November). Their exceptional rugby hospitality packages ensures that you and your guests can enjoy a once in a lifetime experience at one of a number of world famous stadia.
Posted In: