Twickenham Stadium is the largest dedicated rugby union venue in the world. To rugby fans, however, it is far more than just that. To those fans, the stadium is their favourite sport’s spiritual home and is a place which has an almost sacred aura. Anyone who plays rugby dreams of playing at Twickenham and the stadium has become a focal point of rugby history and heritage. Let’s take a quick look, then, at how Twickenham Stadium developed into the rugby mecca it is today.

The History of Twickenham Stadium

The land on which Twickenham would ultimately be built was bought by the Rugby Football Union (RFU) in 1907. That land was previously in use as a market garden where cabbages were grown, giving rise to the enduring ‘Cabbage Patch’ nickname which some rugby fans still use for Twickenham to this day. 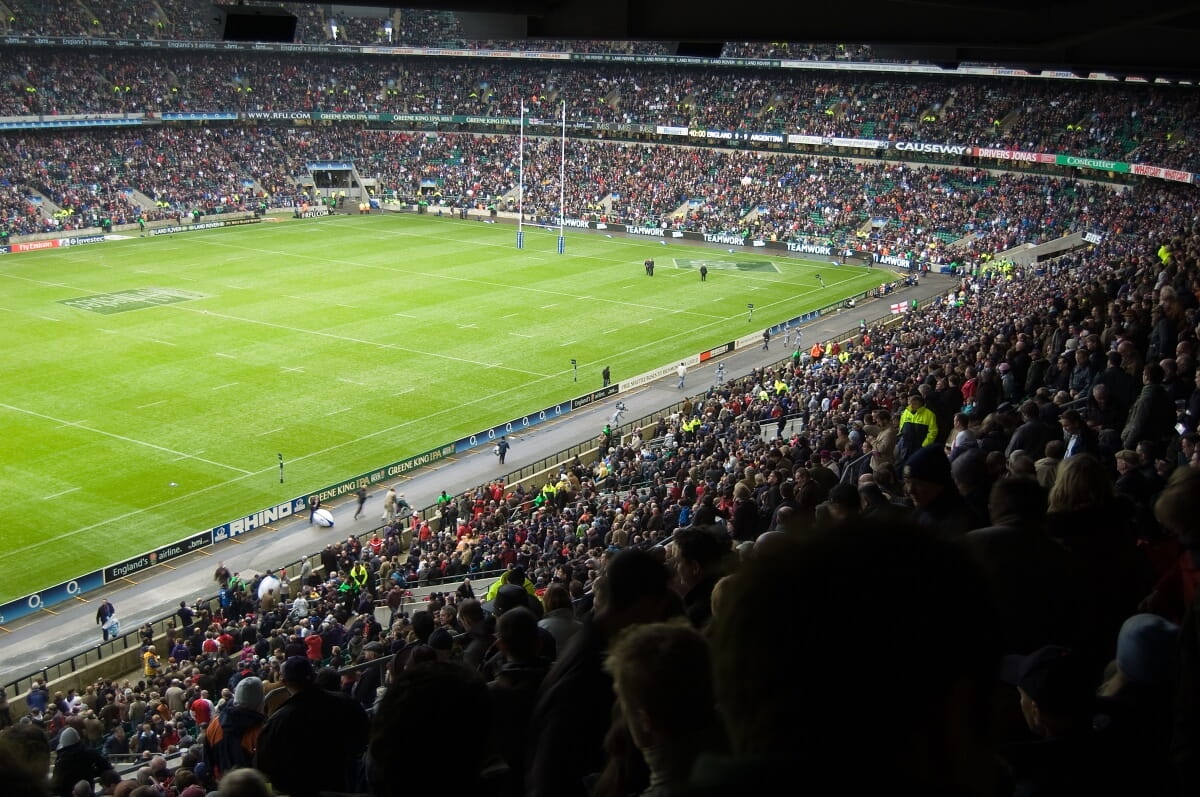 After the construction of the first stands, the Twickenham rugby ground hosted its very first game – between local sides Harlequins and Richmond – in 1909. A first international fixture at Twickenham quickly followed, in the shape of an England vs Wales test in 1910, by which time the ground’s capacity had increased to 20,000.

After a quite literal fallow period during WWI, when Twickenham was used for grazing cattle, the next major phase in the ground’s development came in the early 1930s. A new West Stand was constructed in 1932, complete with dedicated offices for the RFU so that they could officially make Twickenham their home. After the new West Stand was completed, Twickenham Stadium was the venue for the first ever rugby match to be televised, in 1938.

Over the ensuing decades, Twickenham’s reputation as a premier rugby venue grew and grew, as did the stadium itself. By the 1980s, however, the now over 70 year old ground was in need of some major redevelopment. A period of extensive rebuilding lasting all the way until the mid-1990s, saw the stadium’s capacity increase to 75,000 and introduced extra rugby hospitality and other notable features. 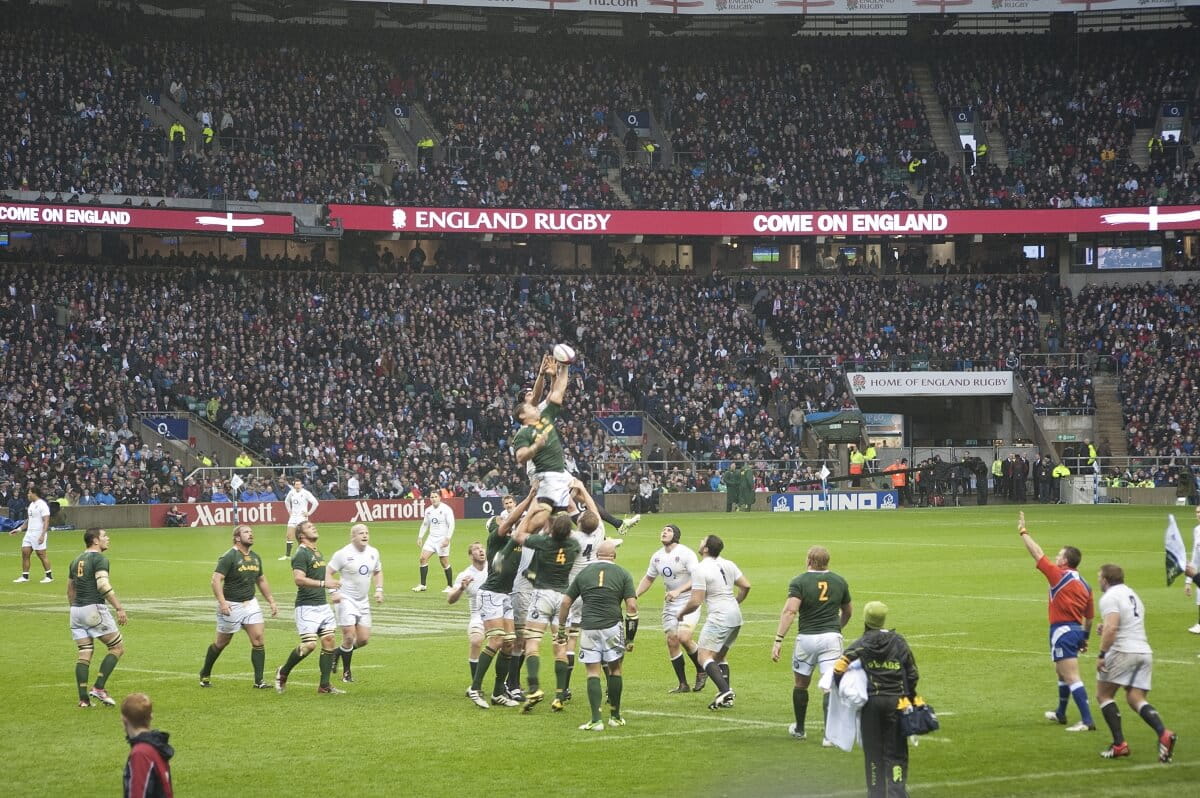 Amongst those additional features, a Museum of Rugby was built on-site which would eventually open in 1996. In 2007, the museum was renamed the World Rugby Museum to recognise its importance to fans across the globe and in 2017 it was rebuilt thanks to £1.8 million worth of investment from the RFU. Today, the museum exhibits over 38,000 items of rugby memorabilia and attracts more than 25,000 annual visitors.

The final phase in the development of Twickenham Stadium was completed in 2006. A brand new South Stand opened, increasing the stadium capacity to 82,000, and a four star Marriott hotel was opened on site. Further additions and improvements to the venue also ensured that Twickenham corporate hospitality is now second to none.

The most notable recent example comes in the shape of the stadium’s redeveloped East Stand. Fully 11,600 square metres of space has been innovatively redesigned in that stand to create six whole levels entirely dedicated to rugby hospitality. From the informal atmosphere of the British Airways Rose Garden to the more exclusive East Wing, Twickenham’s East Stand does now truly have something for everyone.

Whilst the above explains how Twickenham Stadium became the top 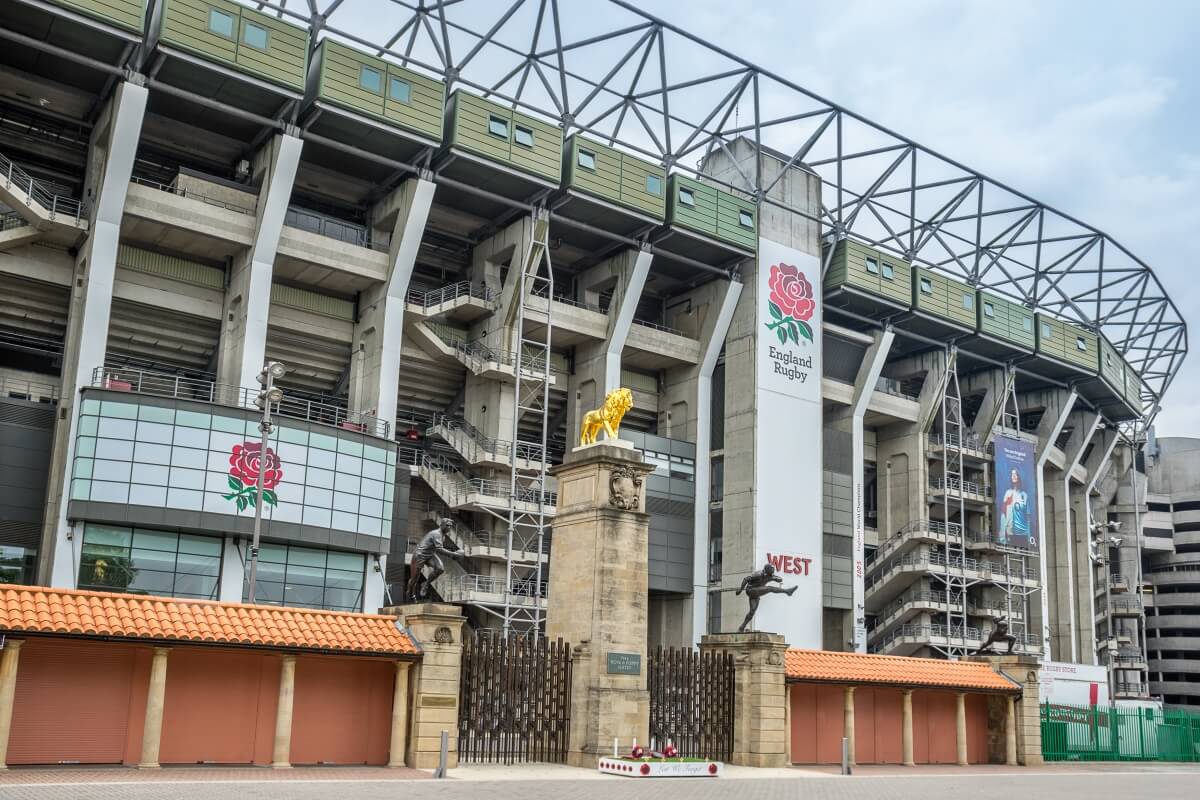 class sporting venue it is today, it doesn’t fully describe why the stadium means so much to rugby fans. Twickenham’s long history and the presence of the World Rugby Museum play a part, of course, but it is the many memorable and important matches which the stadium has hosted which really secure Twickenham’s place in the collective heart of rugby fans.

Since hosting its very first game back in 1910, Twickenham rugby fixtures have come thick and fast, and the stadium has been the venue for some of rugby’s very best and most historic matches. They have included multiple Gallagher Premiership finals, regular World Rugby Sevens Series and not one but two World Cup finals.

The first of those World Cup finals at Twickenham came in the second edition of the tournament in 1991, and saw Australia overcome home favourites England 12-6. Some 24 years later, Twickenham hosted its second final in 2015, when New Zealand defeated Australia to become the first ever side to retain the Rugby World Cup. It is arguably the 1999 World Cup semi-final held at Twickenham, however, which is the best game that the stadium has ever hosted. 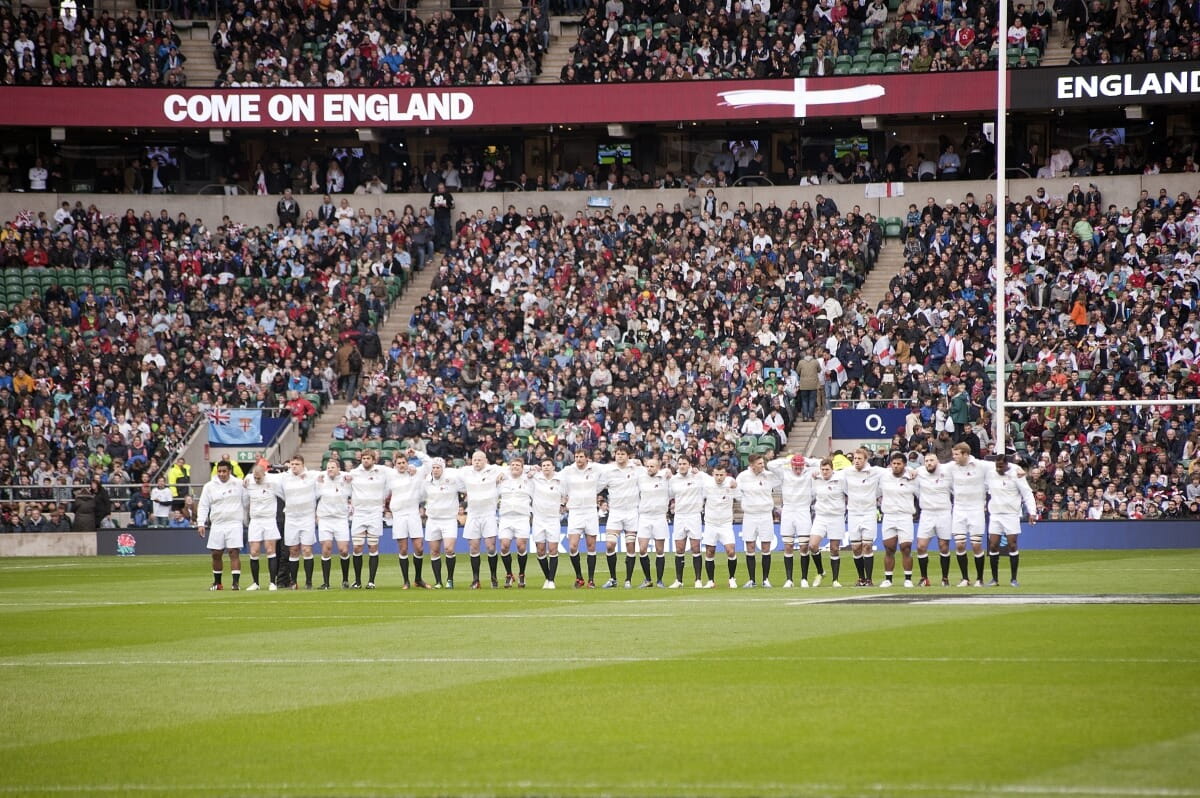 16 years before they would become World Champions on the Twickenham turf, the All Blacks took on an unfancied French side in that semi-final. The game appeared to be going according to the script when New Zealand took a 24-10 lead but French back Christophe Lamaison had other ideas.

Lamaison’s inspired play, and similarly impressive performances from his team mates, saw France go on the rampage and at one stage score 26 unanswered points in just 13 minutes. That astonishing spell of attacking rugby propelled the French to a 43-31 win and delivered one of rugby’s biggest ever upsets.

Twickenham Stadium, therefore, is not only the world’s largest and best developed rugby venue, it is also the spiritual home of the sport and has played host to some of rugby’s most memorable matches. It’s little wonder, then, that the stadium affectionately known as ‘the Cabbage Patch’ means so very much to rugby fans the world over.

All profits generated from hospitality at Twickenham is reinvested back into the sport.  The RFU supports all coaches, referees, players and volunteers, from grassroots to the professional game and is responsible for:

If you want to visit the historic venue and to get a taste of Twickenham hospitality, Keith Prowse are sure to have an option to suit you. The top class rugby hospitality packages cover a range of top matches and include dining and entertainment options to delight the biggest rugby fan or the most discerning corporate guest.