Like many sports, cricket can appear pretty bewildering to newcomers who might be giving it a watch for the very first time. There are, after all, a whole lexicon of phrases unique to the sport and a whole host of rules which each include their own complexities, nuances and exceptions.

At the end of the day, however, there are only a very small handful of things you really need to know in order to enjoy a day at the cricket. Most of those are related to how cricket scoring works and that’s what we’re going to explain right here.

How is Cricket Scored?

The first and most fundamental thing to understand as regards the question of ‘how does cricket scoring work’ is that scores are expressed as a number of ‘runs’. That’s because the simplest way of scoring in cricket is by hitting the ball and running from one end of the pitch to the other. 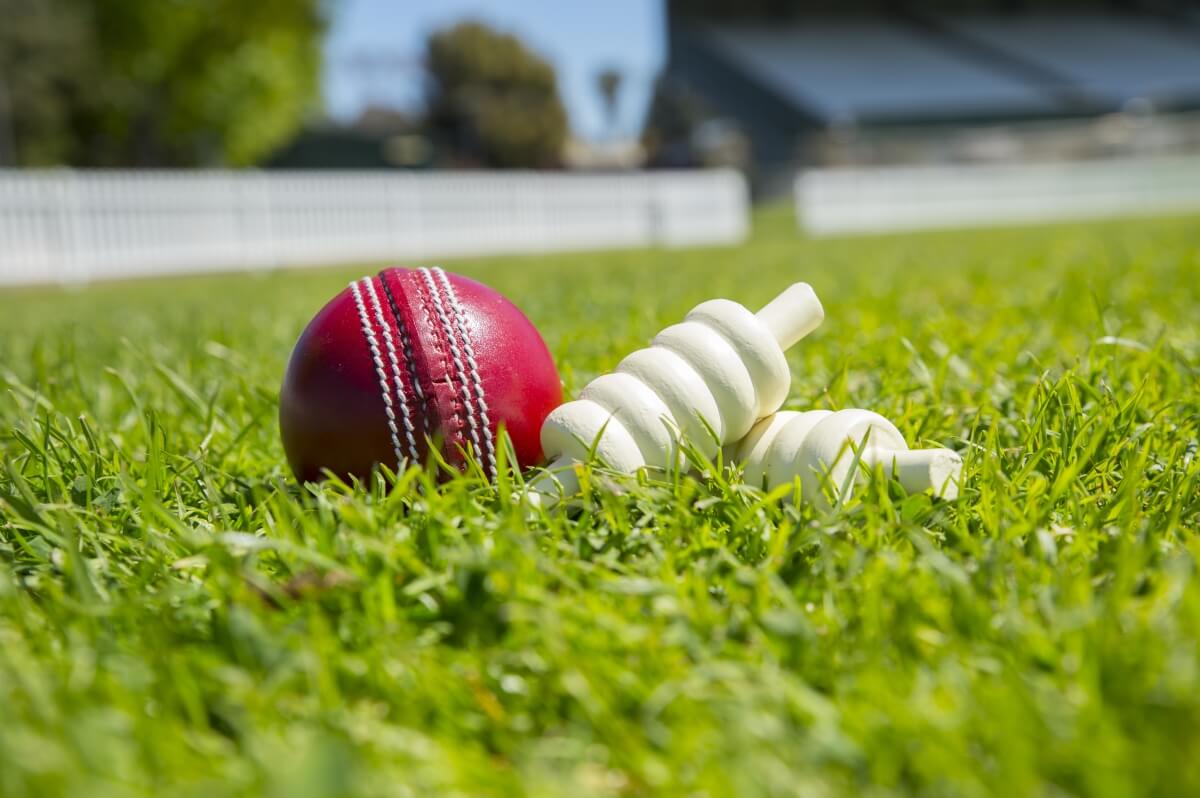 If a batsman does this and successfully reaches the other end of the pitch, they and their team are awarded one run. Batsmen can attempt more than one run per ball but must have covered the entire length of the pitch before the fielding side break the stumps with the ball or else they are ‘run out’. We’ll talk about exactly what that means when we cover the issue of wickets, below.

Wickets are just as crucial as runs to answering the question of ‘how is cricket scored’. A team’s score is always expressed, after all, as the number of runs they’ve collected ‘for’ the number of wickets they’ve lost. If a team have scored 100 runs and lost three wickets, for example, their score would be 100 for three which would be written as 100 – 3.

A fielding side can take a batsman’s wicket in ten different ways and once a batsman has lost his wicket, he must leave the field and be replaced by another member of his team. As there are eleven members of each cricket team and there must always be two batsmen in the middle at any one time, once a side has lost ten wickets they are ‘all out’ and their turn batting – known as an innings – is over. 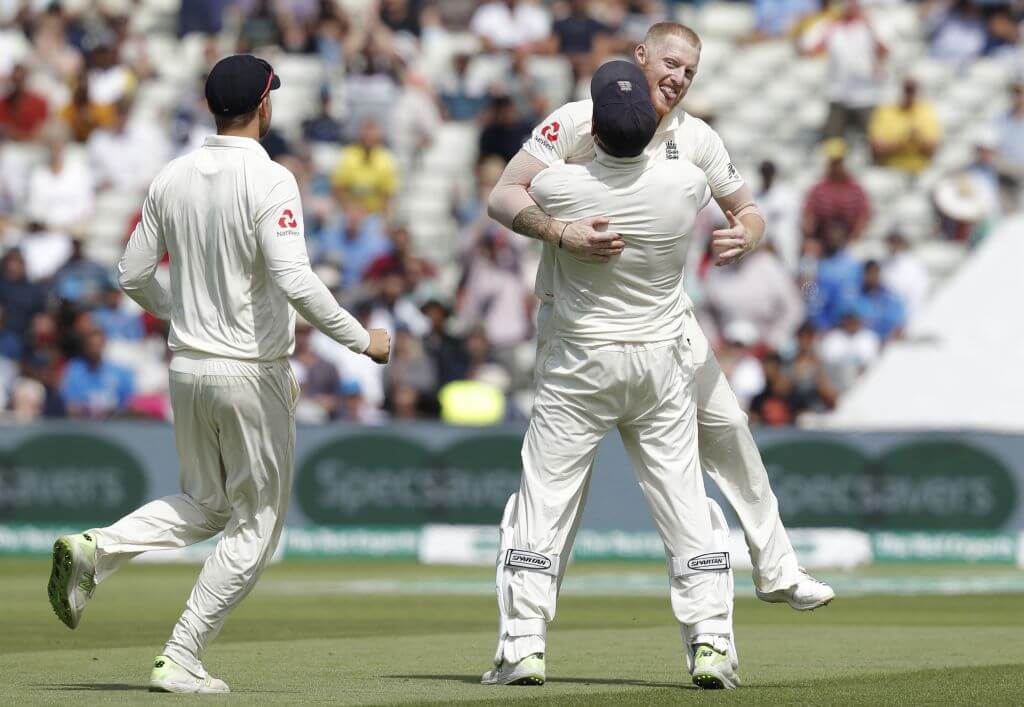 The ten ways in which wickets can be taken can be split into broad two categories, with the first category being commonplace in any game and the second being quite rare. The first set of dismissals are bowled, caught, stumped, LBW and run out. The second, rarer set of dismissals are hit the ball twice, handled the ball, obstructing the field, timed out and hit wicket.

Dealing with the above dismissals in turn, a batsman is out bowled if the ball bowled to them hits their stumps and dislodges the bails (the two small pieces of wood at the top of the stumps). Caught is when a batsman hits the ball to a fielder without it hitting the ground and stumped is when the batsman leaves their crease (the small area in front of the stumps) and the wicket keeper breaks the stumps with the ball in his hand. Run out occurs when a batsman attempts a run but the fielding side break the stumps at the other end of the pitch before he reaches the crease at that end. LBW stands for Leg Before Wicket and is (in the simplest possible terms) when a batsman prevents a ball bowled at him from hitting his stumps with his leg rather than his bat.

Hit the ball twice is self-explanatory and handled the ball is when a batsman touches a live ball with his hand, whilst that hand is not in contact with his bat. A batsman can be out obstructing the field if he deliberately impedes a fielder and can be timed out if he takes too long to reach the pitch when it’s his turn to bat. Hit wicket, finally, is when a batsman breaks his own stumps, either with his bat or with part of his body.

The above covers most of the basics when it comes to the question of ‘how does cricket scoring work’. As well as the runs actually scored by batsmen, however, there are a few other ways that runs can be added to a team’s score. These surplus methods of adding runs are known quite aptly as ‘extras’.

Extras come in four main varieties, known as ‘wides’, ‘no balls’, ‘byes’ and ‘leg byes’. One run is awarded for a wide, which is a delivery deemed by the umpire to have passed too far from the batsman for him to have hit it by making a reasonable attempt at a cricket shot. Either one or two runs (depending on the competition) are awarded for a no ball, which is an illegal delivery from the bowler. A delivery is usually deemed a no ball if the bowler bowls from the wrong place or if his fielders are placed illegally. 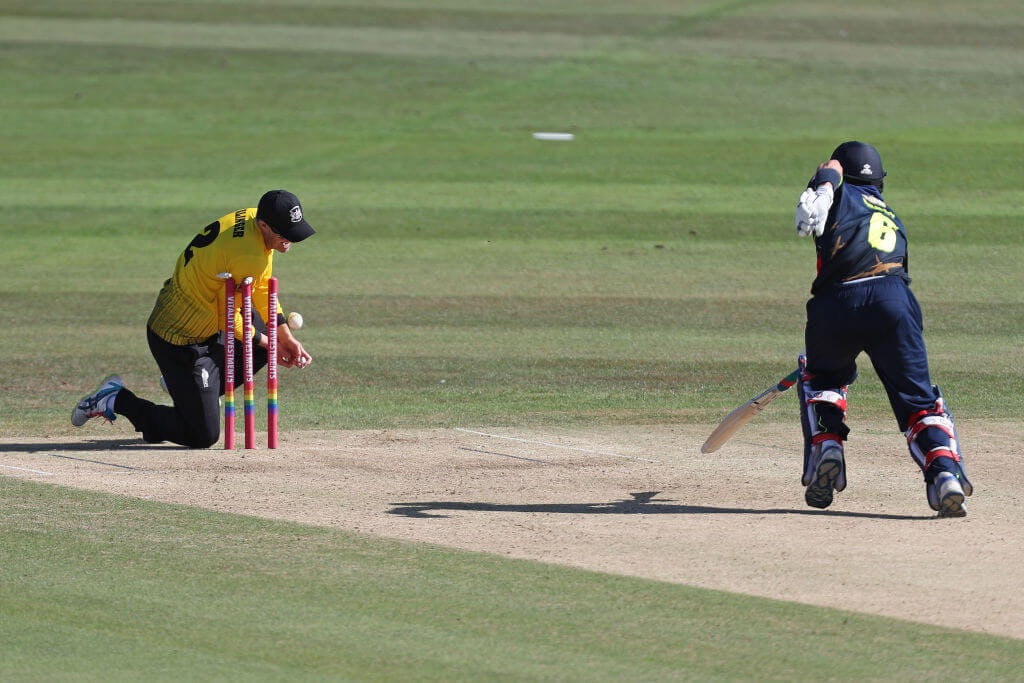 Batsmen are allowed to attempt runs even if they do not hit the ball when it is bowled at them. If they successfully complete those runs or if the ball travels to the boundary even without being hit by the bat, the relevant number of runs are added to the team score as ‘byes’. Those byes, however, are not added to the individual batsman’s score but merely to the team total.

‘Leg byes’ are almost identical, except that they are awarded when the ball strikes part of the batsman’s body rather than his bat. In order for ‘leg byes’ to be awarded, however, the batsman must have made a genuine attempt to hit the ball and cannot have simply let it hit his body.

If you take in at least most of the information above, you’ll be able to give a very decent answer to the question of how does cricket scoring work. There is just one more thing which we should mention, however, and that is the issue of penalty runs.

Penalty runs can be added to a batting team’s score for a variety of different reasons, which are essentially all related to rules infringements by the fielding side. Penalty runs are generally awarded five at a time. They are most commonly added if a bowling side completes their overs too slowly, if the ball hits a fielder’s helmet or if the fielding side tampers with the ball.

Now that you know the answer to the question ‘how is cricket scored’, you might just fancy testing your new-found knowledge with a trip to a match. Keith Prowse offer a wide range of cricket hospitality packages, which are sure to ensure a memorable day out, whether you pay much attention to the cricket or not. Top class cricket hospitality, after all, lets you and your guests enjoy quality food and drink, all to the classic soundtrack of leather on willow.