Ask a sports fan simply if they like rugby and you’ll almost always get the same three word response; “league or union?”. The two codes which were once united under the name of rugby football, after all, are now two very different animals. To properly explain the difference between rugby league and rugby union you have to look back at the origins of rugby itself, as well as examining the differences in gameplay between the two codes. That, therefore, is exactly what we’re going to do. Unfortunately for those who like a good back story, the tale of one William Webb Ellis picking up the ball during a game of football at Rugby School and thus inventing the sport of the same name is somewhat of a myth. What is true, however, is that it was during the 19th century - at around the time Webb Ellis was at Rugby – that the game did start to take root in the UK.

After starting to be played at a number of schools and clubs, rugby football gained a governing body in 1870 in the shape of the Rugby Football Union. That conglomeration of rugby playing schools and clubs then approved the first official laws of the sport in 1871. Amongst those laws were strict rules against professionalism within the game and it was these which ultimately led to the rise of rugby league.

In 1892, rugby clubs based in Yorkshire started to pay players who had missed work in order to play in games. That was in direct contravention of the aforementioned RFU rules and led to a dispute between the clubs and their governing body. By 1895, the dispute had become irreconcilable and – with the support of clubs from neighbouring Lancashire – the Yorkshire clubs permanently broke away from the RFU. The form of rugby which those Northern Rugby Football Union clubs developed would come to be known as rugby league; a sport which differs in a number of notable ways from rugby union.

The first obvious difference between rugby league and rugby union is that the former is played by 13 players per team, whilst the latter features 15 players a side. Only seven substitutions are possible during a game of rugby union, too, whilst fully ten can be made by each rugby league side.

The major methods of scoring (tries, penalties and drop goals) are common to both codes but how many points each score is worth does differ. In rugby union, a try is worth five points and a conversion can then tack on an extra two. In rugby league, meanwhile, each try nets just four points which can then be supplemented by two more for the converting kick. Drop goals and penalties are each worth three points in rugby union, whilst in rugby league they return one and two points respectively. The main difference between rugby league and rugby union in terms of gameplay, however, is in evidence after a tackle is made during play. 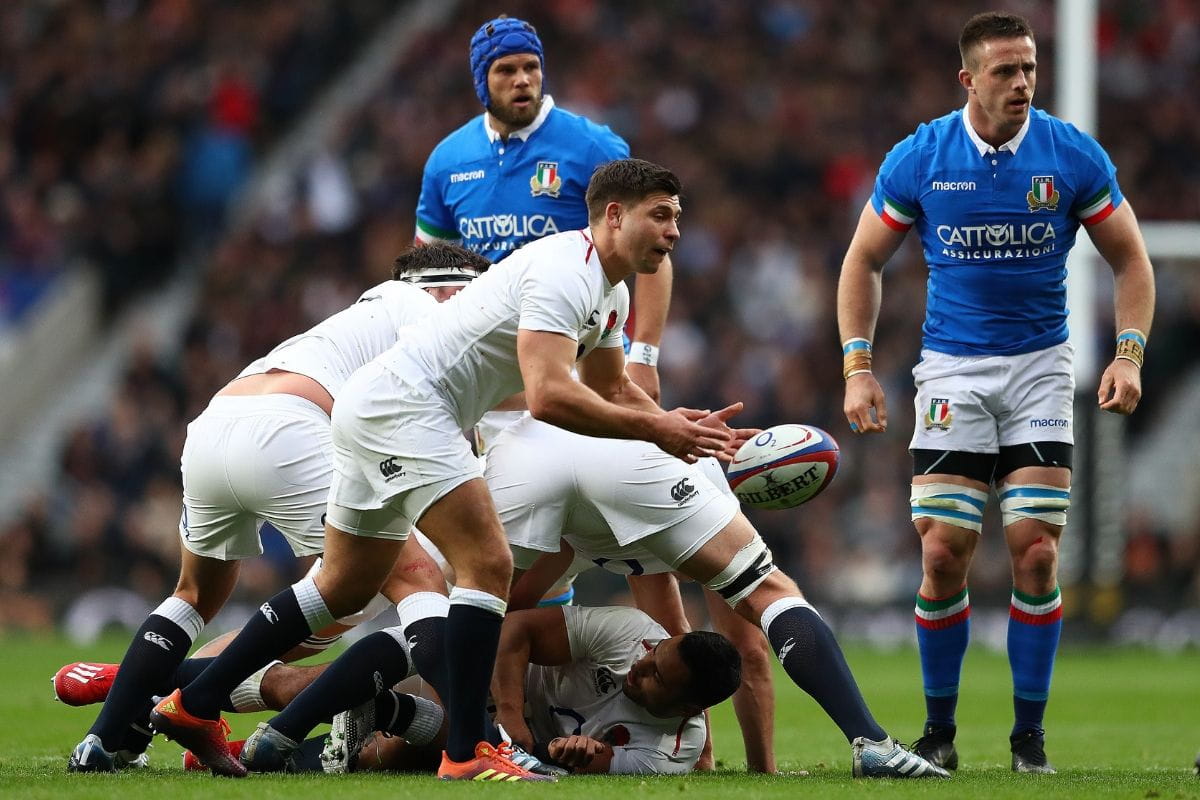 In rugby league a player must place the ball between their legs after being tackled and then roll it back with their foot to a team mate, in what is sometimes colloquially known as a ‘chicken scratch’. Each team is allowed to do this up to six times per possession of the ball and then must kick the ball away toward the opposition if they have failed to score a try. If the ball goes out of play after such a kick, play restarts with a six player scrum, which is also the method of restart following most minor rules infringements.

When a rugby union player is tackled, he must also release the ball but then it is legal for any player to pick it up, as long as they are on their feet and onside (meaning they come from their own team’s side of the tackle). It is for that reason that rugby union players compete for balls on the ground in what are called rucks and sometimes try to keep tackled players off the ground in what are called mauls. If the ball is kicked out of play during a rugby union match, the game is restarted with a lineout rather than a scrum, with eight player scrums being reserved to resolve minor rules infringements like knock-ons.

Now that you’ve hopefully got a better understanding of the difference between rugby league and rugby union, you might well fancy taking in some action from either code in person. If you do, Keith Prowse are sure to have a rugby hospitality package which can make your day at the match extra special. We pride ourselves on offering top class rugby hospitality at a range of top rugby league and rugby union venues, and can deliver an experience which you and your guests will remember forever.