It may seem a little way away right now, but before you know it the Rugby World Cup will be in full swing. That means that pretty soon those friends and relatives who don’t usually know their full backs from their fly halves will be making out that they’re veritable rugby experts.

By the time that Rugby World Cup 2019 rolls around, however, you can out do them all simply by reading our handy guide to the tournament. We’ve put together all of the vital details of the RWC, including where the tournament is taking place, who’s involved and even a few pointers as to the big matches that might just arise.

Rugby World Cup 2019 will be the ninth edition of the global tournament, which first started back in 1987. It will be the very first time, however, that two tournaments have been held consecutively in the same hemisphere.

The 2015 RWC, after all, was held in England and the upcoming 2019 edition of the competition will take place in Japan, breaking the tradition of a southern hemisphere World Cup following a northern hemisphere tournament.
That isn’t the only notable tradition which Rugby World Cup 2019 will break.  It will be the first Rugby World Cup to be held on the continent of Asia, with every prior edition of the tournament having taken place in one of rugby’s traditional heartlands, such as England, Australia or South Africa.

It was announced all the way back in 2009 that it would be Japan who would host the 2019 Rugby World Cup. The nation is well-established as the most successful Asian rugby nation and initially had plans to utilise a brand-new national stadium for both Rugby World Cup 2019 and the upcoming 2020 Tokyo Olympics. It became apparent, however, that the stadium would not be ready by 2019 and as such, the Rugby World Cup will be played across 12 other venues all around Japan.

11 of the 12 venues to be used for the tournament are existing stadia, with just one venue being purpose built for the event. Of the 11 existing stadia a number were built for the 2002 FIFA World Cup which Japan hosted along with South Korea, whilst some are the existing homes of the country’s major rugby clubs. It is perhaps the one new-build venue, however, that is the most interesting. 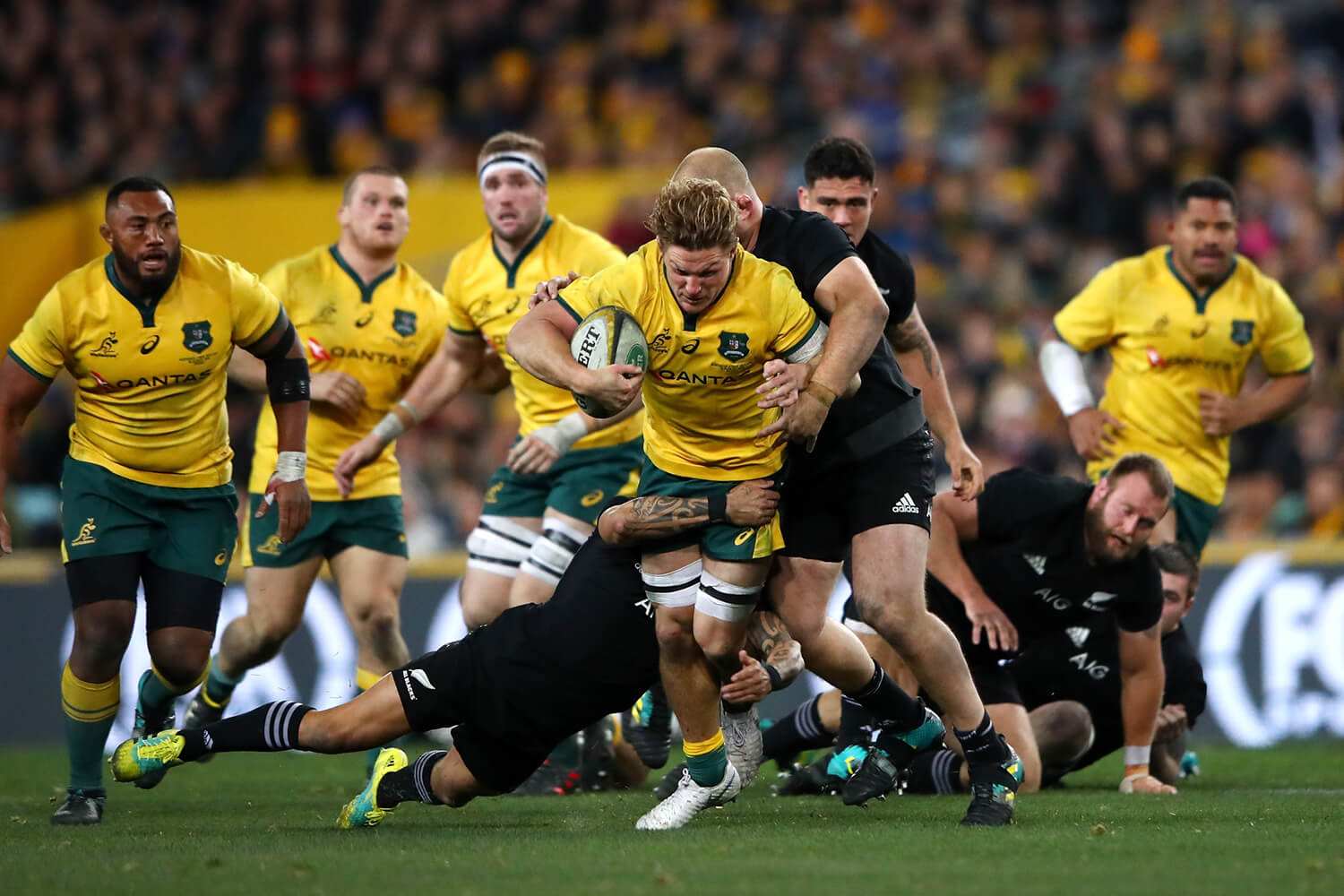 That purpose-built venue is named the Kamaishi Recovery Memorial Stadium and has a fascinating back story. The city of Kamaishi was the original home of Nippon Steel Kamaishi, one of Japan’s most successful rugby clubs. The club folded in 2001, however, and the city went on to suffer even greater misfortune as a result of the Tohoku earthquake and tsunami in 2011. The Kamaishi Recovery Memorial Stadium, therefore, has been designed to be a monument to the disaster and a helping hand in the ongoing recovery of the city.

20 different Rugby World Cup teams will do battle for the William Webb Ellis Trophy in Japan next year. The first phase of the tournament sees those Rugby World Cup teams split into four separate pools of five. The teams play each other member of their pool once and then the top two teams from each pool progress to the next stage of the tournament. The first pool match is scheduled to take place on Friday 20th September.

Pool rankings will be primarily decided on points, with four awarded for a win, two for a draw and zero for a loss. A single bonus point will also be allocated for a team which loses by fewer than eight points and for any side which scores four or more tries in a game. If teams are level on points at the end of the pool stage, their head-to-head result will be used to determine their ranking.

Following the pool stage, Rugby World Cup 2019 becomes a straight knockout competition with quarter finals, semi-finals and a final. That final will take place on the 2nd November at the International Stadium Yokohama.

19 of the 20 Rugby World Cup teams for 2019 have already been decided, with the final participants due to earn their place via an international repechage tournament. Japan 2019 will feature all of the former winners of the Rugby World Cup, in the shape of New Zealand, Australia, South Africa and England, as well as other traditional rugby powerhouses like France, Ireland, Wales, Argentina and Scotland. 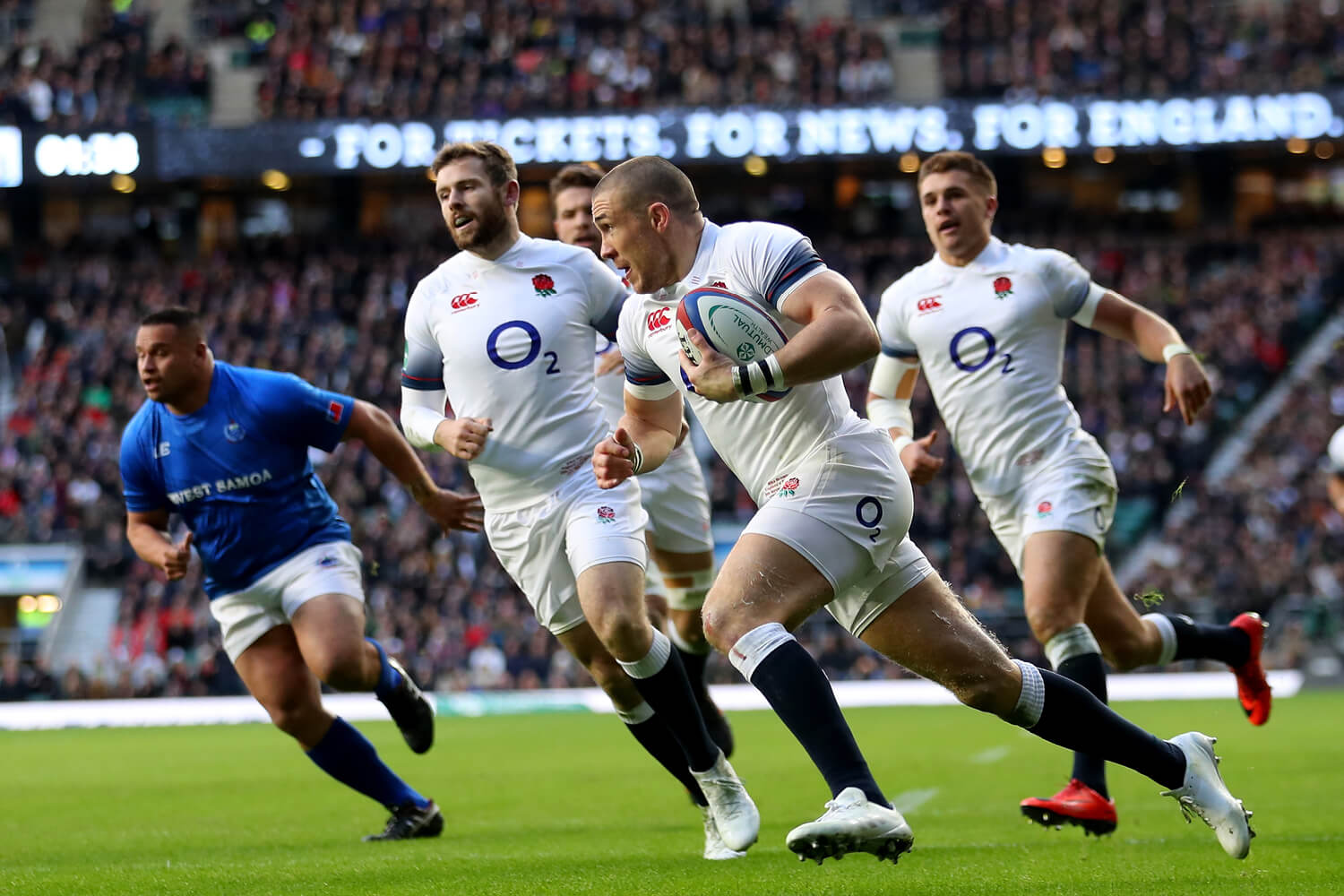 Pool A of the tournament brings together Ireland, Scotland, hosts Japan, Samoa and Russia, who are making just their second ever Rugby World Cup appearance. Pool B, meanwhile, pits defending champions New Zealand, South Africa, Italy, Namibia and the repechage winner against one another. Pool C could arguably be the toughest on paper, with England, France, Argentina, USA and Tonga all set to do battle. Pool D, finally, comprises Australia, Wales, Georgia, Fiji and Uruguay.

The nature of the Rugby World Cup draw and schedule is such that it’s already possible to project some potential quarter final matchups, and there could be a couple of crackers. If things go as expected in the pool stage, an Ireland vs South Africa quarter is fairly likely as is a clash between England and either Wales or Australia. It’s fair to say that the big matches will just keep on coming once the tournament gets under way.

In the months leading up to Rugby World Cup 2019, Keith Prowse have a plethora of  rugby hospitality packages available for matches featuring the sides likely to excel in Japan. Covering England, Scotland, Wales, New Zealand and many other teams’ matches, our rugby hospitality options can help you to get closer to all of the action that matters.