The clocks have gone back, the weather has finally turned and 2018 is starting to draw to a close. Before we all hunker down and wait for Christmas to arrive, however, let’s bask in the warmth of some of the top sporting moments which the year has already delivered. The following magnificent moments all captured the imagination and are sure to live long in the memory.

On a Tiger Roll

The 14th of April was the date and Aintree Racecourse the venue for the 171st annual running of the Grand National. The National grabs the attention of the nation like no other horse race – perhaps with the exception of the Derby at Epsom or the Gold Cup at Cheltenham – and the 2018 edition was a real cracker.

Heading away from the final fence, 10/1 shot Tiger Roll ridden by Davy Russell looked to be on its way to a comfortable win, before significant drama ensued on the run-in. Tiger Roll began to tire and second placed Pleasant Company surged toward the line, leading to a fascinating photo finish in which Russell’s mount prevailed by just a head.

At 38, Russell was the oldest jockey in the race but had never previously won the National, and there was not a dry eye in the house when he spoke in his post-race interview. As well as reflecting on his achievement, Russell spoke emotionally about losing his mum just a few weeks earlier and learning of the cancer diagnosis of friend and fellow jockey Pat Smullen earlier in the year. 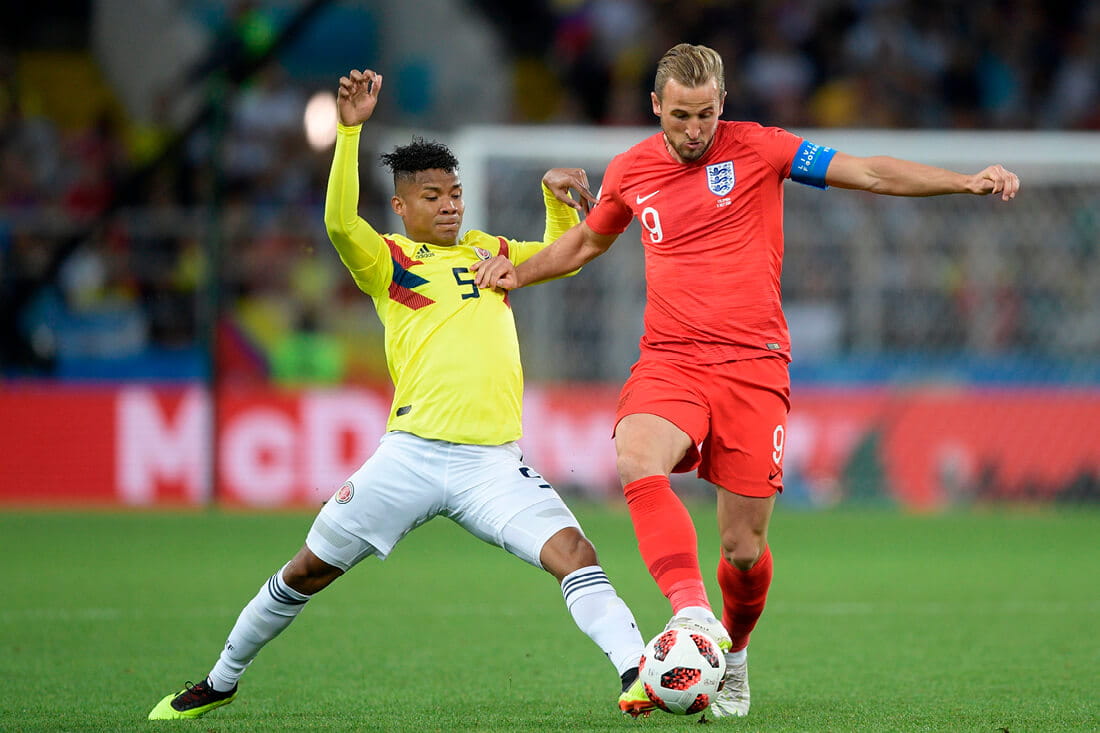 Ahead of the FIFA World Cup this summer, the expectations of England fans could hardly have been lower. It had been decades since a successful tournament campaign and attendances at Wembley Stadium for home games were dwindling. The young squad which Gareth Southgate sent to Russia, however, succeeded in making the whole nation believe – albeit briefly – that football might have been coming home.

A comfortable win over Tunisia and a swashbuckling 6-1 triumph over Panama in the groups started to turn heads. It was a glorious night against Colombia in the knockouts, however, which will really live long in the memory. A Harry Kane penalty was cancelled out by a late Colombia equaliser to ultimately take the tie to penalties and send England fans into despair.

For once, however, that spot-kick induced despair was premature. An extraordinary Jordan Pickford save from Carlos Bacca set up Eric Dier to stroke home the winning kick and send England fans into raptures.

2017 was a difficult year for Novak Djokovic, with inconsistent form and an elbow injury causing him to plummet down the world rankings all the way to number 12. 2018 didn’t start much better, either, with elbow surgery seeing him miss much of the first three months of the campaign. From mid-March onwards, however, the Serb enjoyed a resurgence which led to him being the dominant force in men’s tennis once again before the season’s end.

Djokovic’s initial gradual return to form saw him reach the quarter final of the French Open, but it was at Wimbledon that his resurgence truly began in earnest. Entering the tournament as the twelfth seed, Djokovic made serene progress to the semi-finals and a titanic tussle with Rafael Nadal. The Serb overcame his old rival in a match lasting five hours and 17 minutes, and then went on to crush big-serving South African Kevin Anderson in the final.

After that Wimbledon triumph, Djokovic’s 2018 went from strength to strength. A first ever win at the Cincinnati Masters saw Novak become the only player ever to have won each and every Masters event on the calendar. After that, a third US Open crown proved beyond doubt that Djokovic was once again the man to beat and ensured he would end the 2018 campaign back atop the world rankings.

If a top-class sportsman could script their own farewell, they’d do well to better that which England cricketer Alastair Cook enjoyed in early September at The Oval. Ahead of the fifth and final test of England’s series against India, Cook announced that the game at the Oval would bring the curtain down on his extraordinary career. 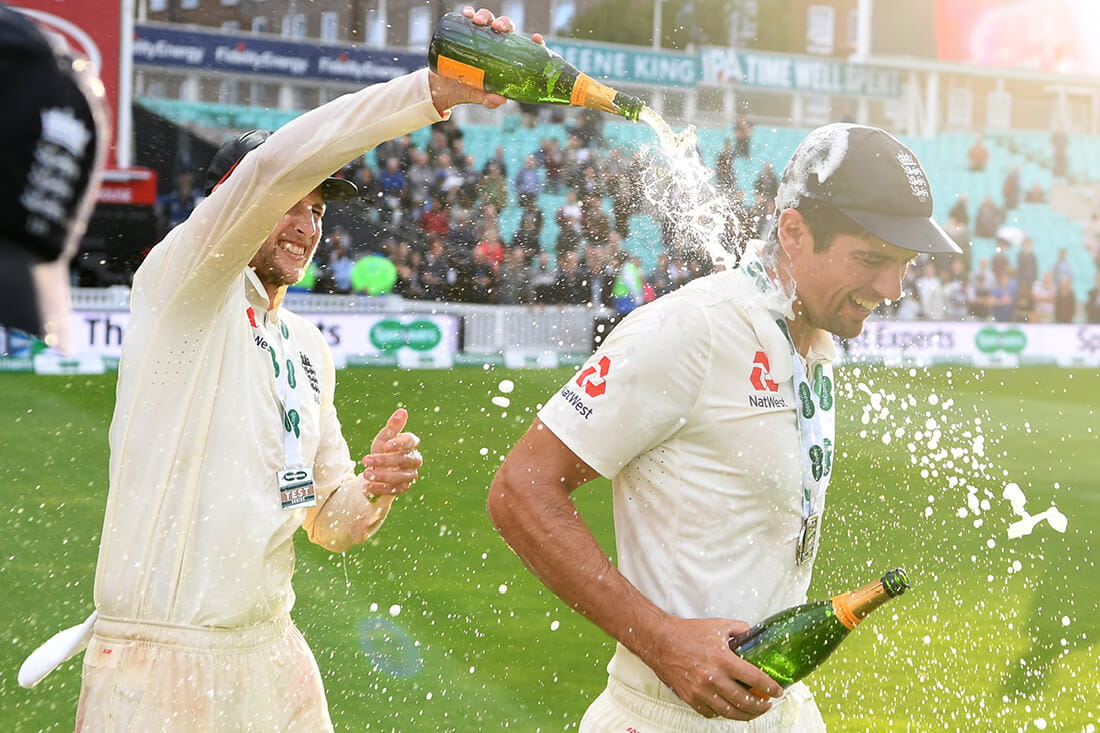 That career saw Cook become England’s all-time leading test match run scorer, amongst a multitude of other records and achievements. His form was not great when he walked out to bat in his final innings, however, and a fairy tale finish was by no means assured.

Cook’s trademark grit and determination, though, ensured that he would indeed finish on a high by delivering his 33rd test match century. The most memorable moment in the match came just after he made his hundred, when the capacity crowd at the Oval rose as one to deliver one of the most effusive and emotional ovations imaginable.

For just the second time ever, the Ryder Cup was held in continental Europe in 2018. Le Golf National in Paris was the venue for the premier team competition in global golf, and the three days of action between September 28th and 30th made for an unforgettable spectacle. The US went into Ryder Cup 2018 as defending champions but had not won on European soil since 1993.

Their start in Paris, however, belied that poor recent record away from home, as the Jim Furyk led team raced to an early 3-0 lead. It was from then on, though, that a particular European pairing started to take over. Italian Francesco Molinari and England’s Tommy Fleetwood put Europe’s first point on the board and were then integral in inspiring a devastating comeback.

From 3-1 down on the first morning, Europe roared back and would secure a 10-6 lead going into the final day’s singles, with the newly christened ‘Moliwood’ pairing winning all four of their matches along the way. A spirited early US effort in the singles was quickly countered by Europe and Thomas Bjorn’s team ran out comfortable 17 ½ - 10 ½ victors, sparking extraordinary scenes of celebration on the course.

Five of the Best for Hamilton

Lewis Hamilton was already considered by many to be one of the best F1 drivers of all-time, but in 2018 he made sure that no one could question the fact. Heading into the 2018 season, Hamilton and his main rival Sebastian Vettel were each owners of four prior Drivers Championship titles, and it looked almost certain that one of them would end the year with a fabulous fifth. 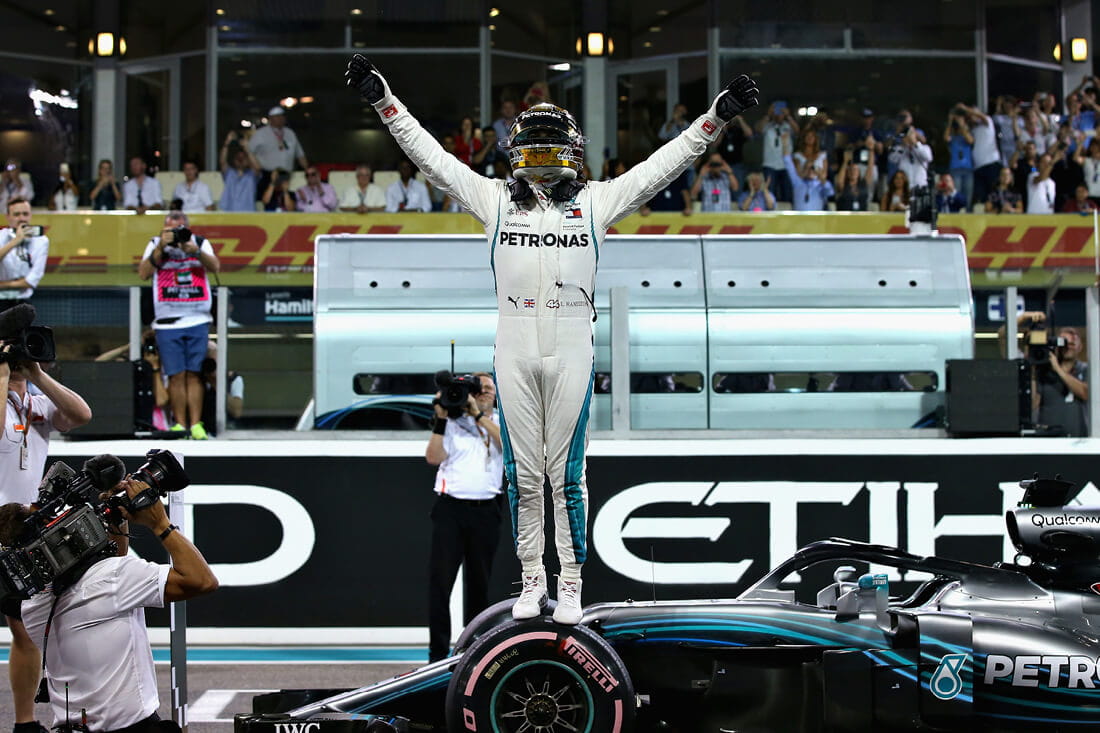 After a strong start to the year from Vettel, it was Hamilton who ultimately took a stranglehold on the championship and showed far greater consistency from race to race. He wrapped up his win with two races to spare by finishing fourth at the Mexican Grand Prix in late October, and joined Brazilian F1 legend Juan Manuel Fangio on five world titles.

All of that means that only all-time great Michael Schumacher has won the championship on more occasions than Hamilton, with his record-setting seven crowns in the 1990s and 2000s. At just 33 years of age, however, Hamilton certainly has the time to equal or maybe even better the German’s tally. The Stevenage-born driver, though, insists that doing so ‘has never been on his mind’.

The above are just a handful of examples of the kinds of magical moments which only sport can deliver. Anyone who attended the events we’ve talked about will remember the experience forever, and Keith Prowse specialises in giving ordinary people the chance to see such extraordinary action.

We offer a range of stunning hospitality packages covering the biggest events in horse racing, football, tennis, cricket and many more sports besides. A simple browse of our range of hospitality options is sure to provide the perfect package for you or a lucky loved one.