Tennis is a sport with a long history and a global following, but that doesn’t mean that tennis terms are immediately understood by everyone. The sport does, after all, have a diverse and varied lexicon which can seem baffling to a casual observer.

We’ve designed this post exactly for that casual observer who may go to a tournament largely for the tennis hospitality, but who doesn’t want their limited tennis knowledge to be exposed.

When getting started explaining tennis terminology, it’s best to begin with the basics. The following are some of the most straightforward tennis terms, which apply to all contests at all levels of the game.

Point – The smallest unit of scoring in tennis. A point lasts from a successful serve to when the ball next goes out of play.

Game – A game consists of a sequence of points during which the same player continues to serve. Games are usually won when a player wins four points, except when the game reaches deuce (see main scoring section below). 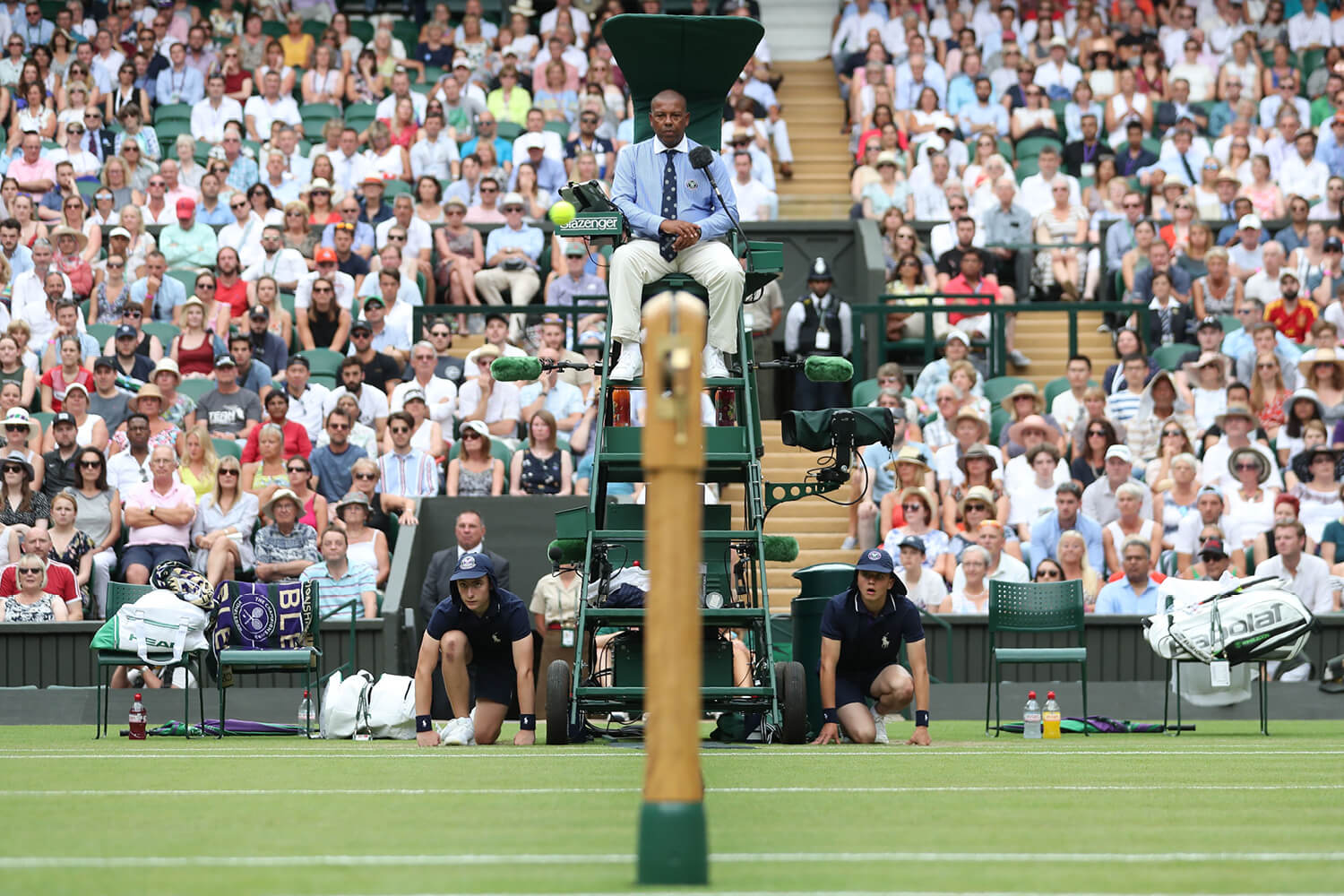 Set – The next unit of tennis scoring above a game. A player wins a set when they have won six games and are at least two games clear of their opponent. If a set reaches 6-6, it is usually decided by a tiebreak (see tiebreak in the scoring section below).

Match – Match is the term used to describe an entire tennis contest. Matches are usually played as best of five or three sets and the call ‘game, set and match’ is made when a player is victorious.

Service – In each game, one player has the service. That means they start each point by tossing the ball into the air and then hitting it to their opponent. Service passes from one player to the other after each completed game.

Rally – The name given to the collection of shots which make up a point. A rally always begins with a serve and ends when one player wins the point.

Now that we’ve covered the most basic tennis terminology, it makes sense to turn our attention to where the game is played. The following batch of tennis terms will ensure that you can find your way around any tennis court.

Ad Court – The name given to the left-hand side of the forecourt for each player.

Baseline – The two-inch-wide line which marks the very end of a tennis court. Each baseline is 39 feet from the net.

Backcourt – The area of the court between the service line and the baseline. 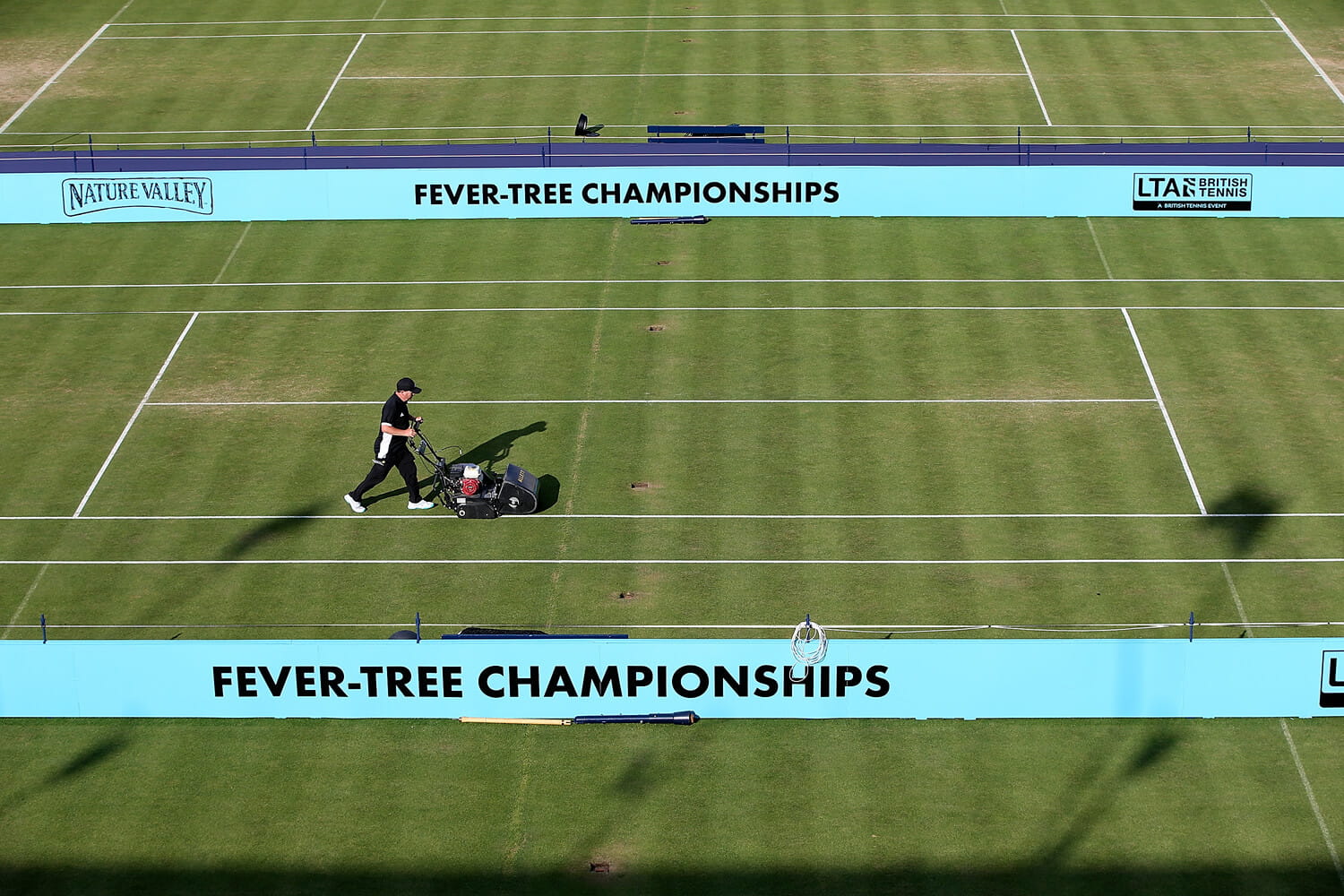 Centre Mark – A small mark at the centre of the baseline, parallel to the line dividing the ad court and the deuce court.

Deuce Court – The right-hand side of the forecourt for each player.

Forecourt – The area between the service line and the net, which is divided vertically between the ad court and the deuce court. A legal serve must bounce in the forecourt.

Service Line – The line 21 feet from the net which divides the forecourt from the backcourt.

Tramlines – 4ft 6” channels at each side of a tennis court. The tramlines form part of the court for doubles play but are out in singles play.

‘How is tennis scored?’ and ‘what does love mean in tennis?’ are two of the questions most commonly asked about the sport. This next section, devoted to explaining the tennis scoring system, should provide the answers along with a host of other – hopefully useful – information.

Ace – A legal serve which the returner does not manage to get their racquet to. An ace always results in the server winning a point.

Advantage – A player’s score is given as ‘advantage’ or ‘ad’ when they win the next point after a game goes to deuce (see below). It means they will win the game if they win the following point.

Break Point – A break point is a point which will lead to a player winning a game against their opponent’s serve, if they win it.

Fault – A fault is the name given to an illegal serve. This is usually a serve into the net or one which bounces outside of the required forecourt area. 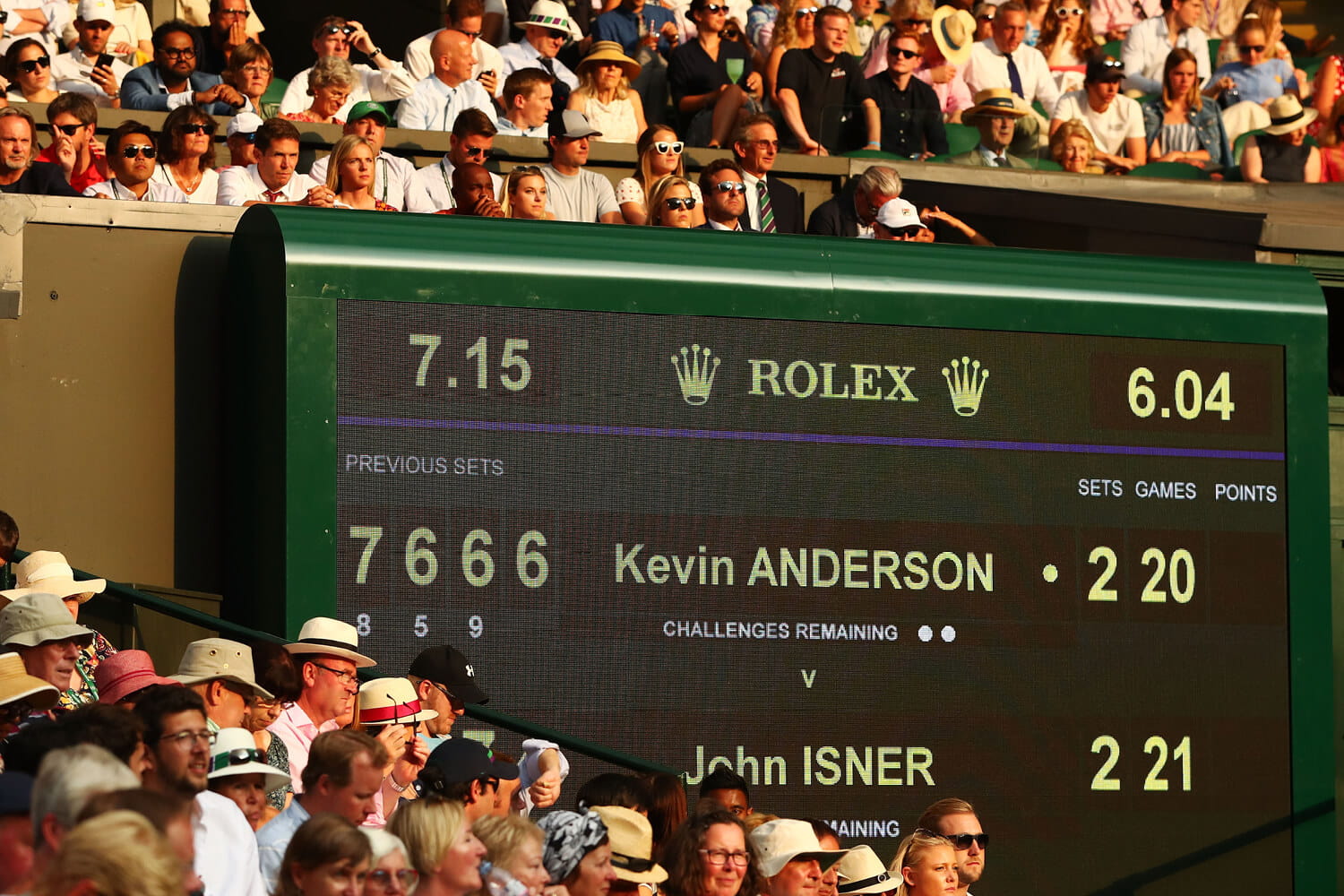 Foot Fault – A serve which is illegal because the server has stepped over the baseline or across the centre mark before striking the ball.

Let – A point which is ordered to be replayed with no change to a match’s score. Lets are usually called when a serve strikes the net but still bounces in the legal area of the forecourt.

Straight Sets – The name given to a win in a tennis match without losing a set. 2-0 or 3-0 scorelines, therefore, are straight sets wins in best of three and best of five set matches respectively.

Tiebreak – A tiebreak is a method of deciding a set when the game score reaches 6-6. Players contest a first to seven point game, with the serve changing over after the first point and then every two points. To win a tiebreak, a player must be two clear points ahead of their opponent.

As is the case with most sports, basic tennis terminology is also supplemented by some more unusual and colloquial jargon. The following are some of the most common and useful examples of that tennis jargon.

Career Slam – The name given to the achievement of a player winning each of the four Grand Slam tournaments at least once at some point during their career.

Golden Slam – Winning a Golden Slam means to win all four Grand Slam tournaments and an Olympic gold medal in the same season.

Grand Slam – The name given to the four most prestigious tennis tournaments in the world. They are the Australian Open, the French Open, Wimbledon and the US Open.

Open Era – A term used to describe the era of tennis post 1968, when tournaments were opened up to professional as well as amateur players.

The above does not include all of the tennis terms you’re likely to hear when watching a tournament, but it does represent a good selection of the most important. The next time you’re lucky enough to enjoy some tennis hospitality, then, you’ll at least have the tennis scoring system down pat and be able to hold a fair conversation with even the most ardent fan.

Keith Prowse are specialists in tennis hospitality and offer a wide range of packages for you to choose from if you did want to test your new-found knowledge. We’re official hospitality providers for Wimbledon, Queens and other world-renowned events, and have hospitality options to suit all tastes.