On Saturday 8 February, England head to BT Murrayfield to face Scotland - with both sides looking to kick-start their Guinness Six Nations campaigns following defeats in round one.

Whilst England will still have their sights firmly set on ultimately lifting the Six Nations trophy at the end of the tournament, the two teams will also be competing for The Calcutta Cup. This is the trophy awarded to the winner between England and Scotland when they meet at the tournament every year.

Scotland have held the trophy since 2018, having won 25-13 BT Murrayfield in 2018 and retaining the trophy in 2019 with an incredible 38-38 draw. England will be hoping to regain the trophy with a win on Saturday.

But why do the two nations compete for a trophy that's named after an Indian city? Here's an explanation on how The Calcutta Cup came to be:

On Christmas Day 1872, a game of rugby between 20 players representing England on one side and the same for Scotland, Ireland and Wales on the other, was played in Calcutta. The match was such a success that it was repeated a week later and the Calcutta Football Club was formed in January 1873. 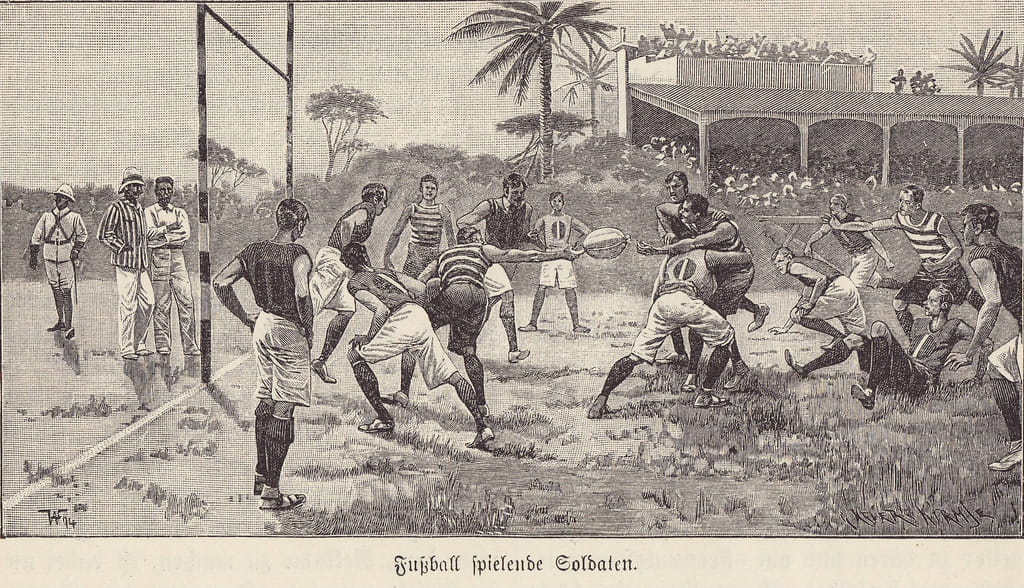 The Calcutta Club joined the RFU in 1874

Despite the Indian climate not being entirely suitable for rugby, the club prospered. However, when the free bar had to be discontinued and gentleman started choosing to play polo, tennis and cricket, the membership took an appreciable drop. Remaining members decided to disband but keen to perpetuate the name of the club, they withdrew club funds from the bank, had the coins melted down and made into a cup which they presented to the RFU in 1878, with the provision that it should be competed for annually. 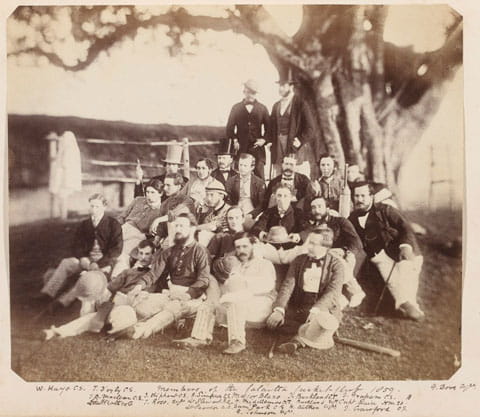 The Calcutta Cup is made from 270 melted down silver Rupees 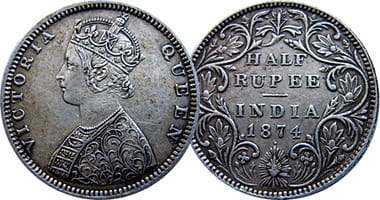 The Calcutta Cup was made by W.E Jellicoe, a silversmith based in Calcutta 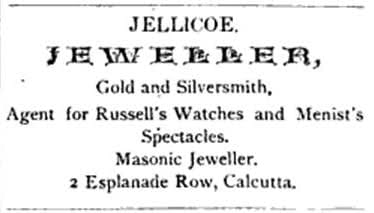 The cup is of Indian workmanship, approximately 18 inches (45 cm) high, the body is finely engraved with three king cobras forming the handles. The domed lid is surmounted by an elephant which is, it is said, copied from the Viceroy’s own stock. The inscription on the Cup’s wooden base reads: THE CALCUTTA CUP 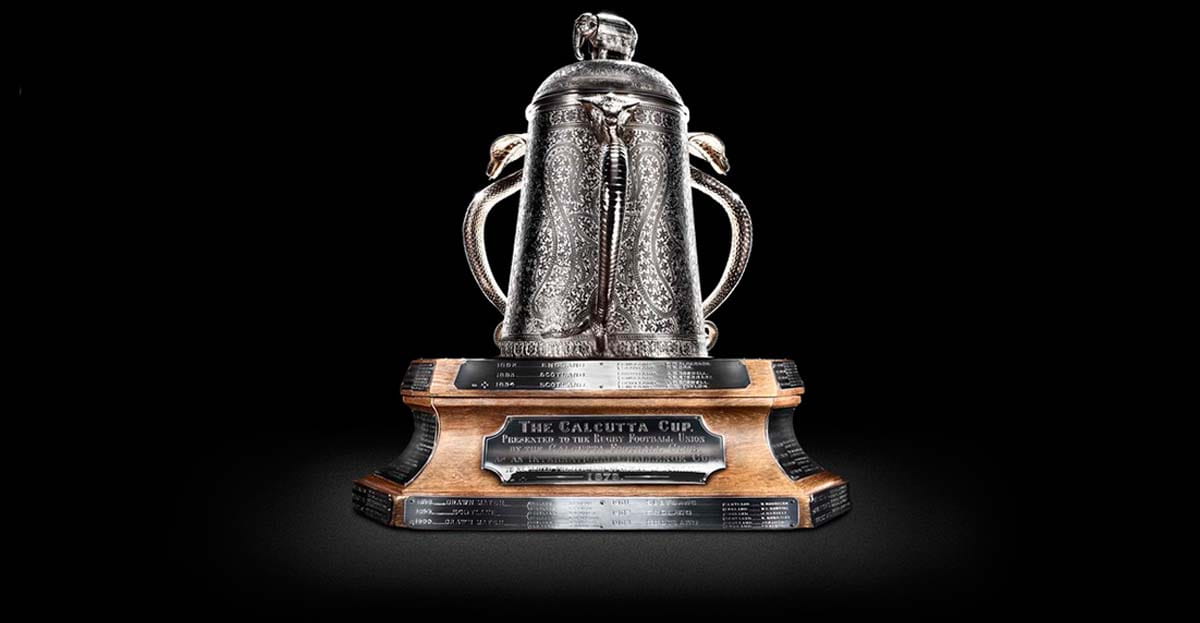 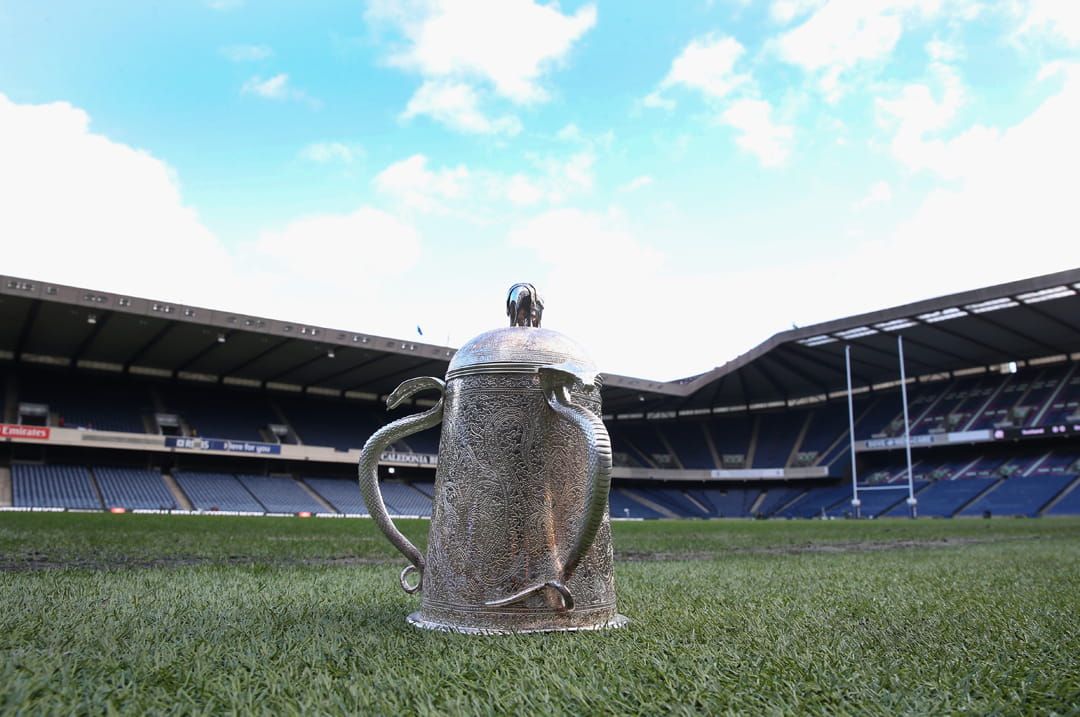 The first Calcutta Cup match was played at Raeburn Place, Edinburgh, on 10 March 1879 and ended in a draw; Scotland scored a drop goal and England a goal. 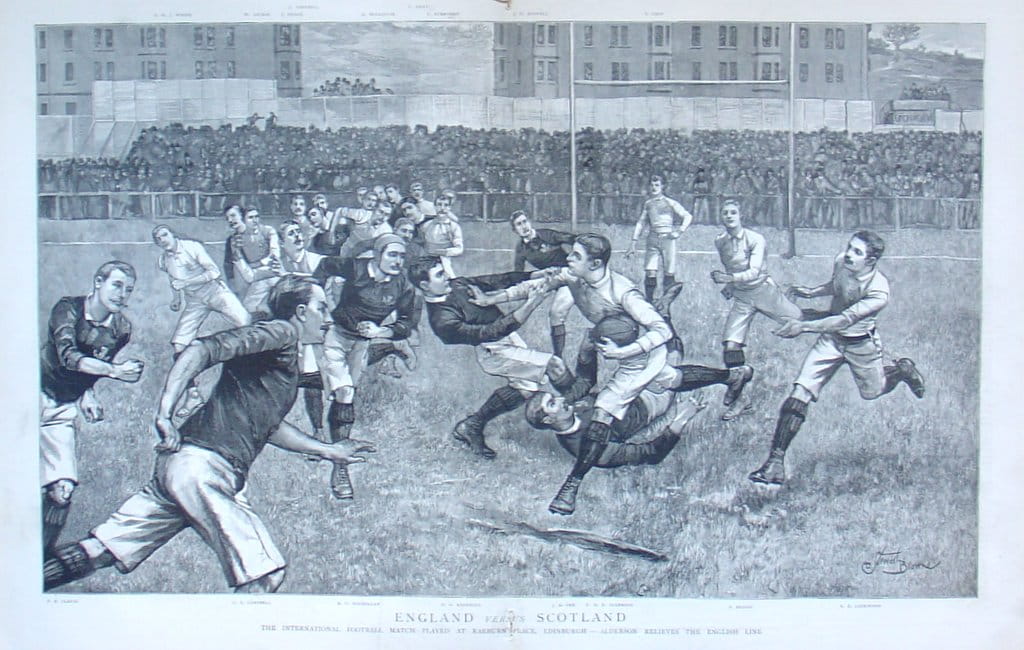 Damage to the Trophy

The trophy was famously damaged after the Calcutta Cup match in 1988, when England’s Dean Richards and Scotland’s John Jeffery allegedly played football with the trophy along Prince’s Street in Edinburgh. 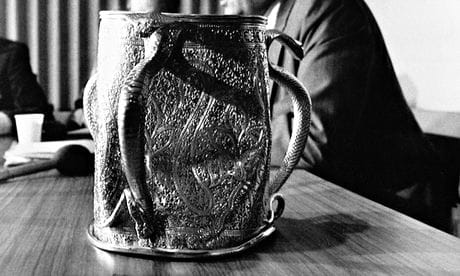 Due to the age of the Calcutta Cup, the original trophy is fragile and not in strong enough condition to use for presentations, attend functions or go on tours. When won by England, it’s displayed in the Museum of Rugby at Twickenham Stadium.