The East Stand hospitality structure at Twickenham is now a few months and a few matches old, following the culmination of the 2019 Guinness Six Nations. There was no shortage of drama on the field as England and Scotland played out a 38-38 draw in front of a barmy Twickenham crowd on the finale of the world’s oldest rugby tournament. Fans were treated to 19 England tries across their three tournament matches in what was England’s highest ever tally of points in a Six Nations campaign since 2002.

After the glamour of the big three Southern hemisphere teams visiting back in November, it’s been a bright start to life on Rugby Road for the East Stand and if you’re not sure what to expect, then perhaps the following should provide some insight into what guests can expect.

The East Stand is the jewel in the Twickenham crown. Located on level four, it covers the entire length of the stand and offers fantastic views of the London skyline on one side of the restaurant with easy suite-to-seat access to the seating bowl on the other. Guests arrive via a private lift service before being greeted and led to their table by our friendly team. In between courses on the five-course menu, guests have the opportunity to meet and chat with rugby legends. On hand at the Six Nations matches were the likes of Jeremy Guscott, Chris Ashton and Marland Yarde. Ahead of kick-off, guests don’t have far to go before settling in to their designated match seats in the middle-tier, courtesy of direct access from the suite. The East Wing is in a class of its own. The very best in modern hospitality combined with brilliant seats for the game. 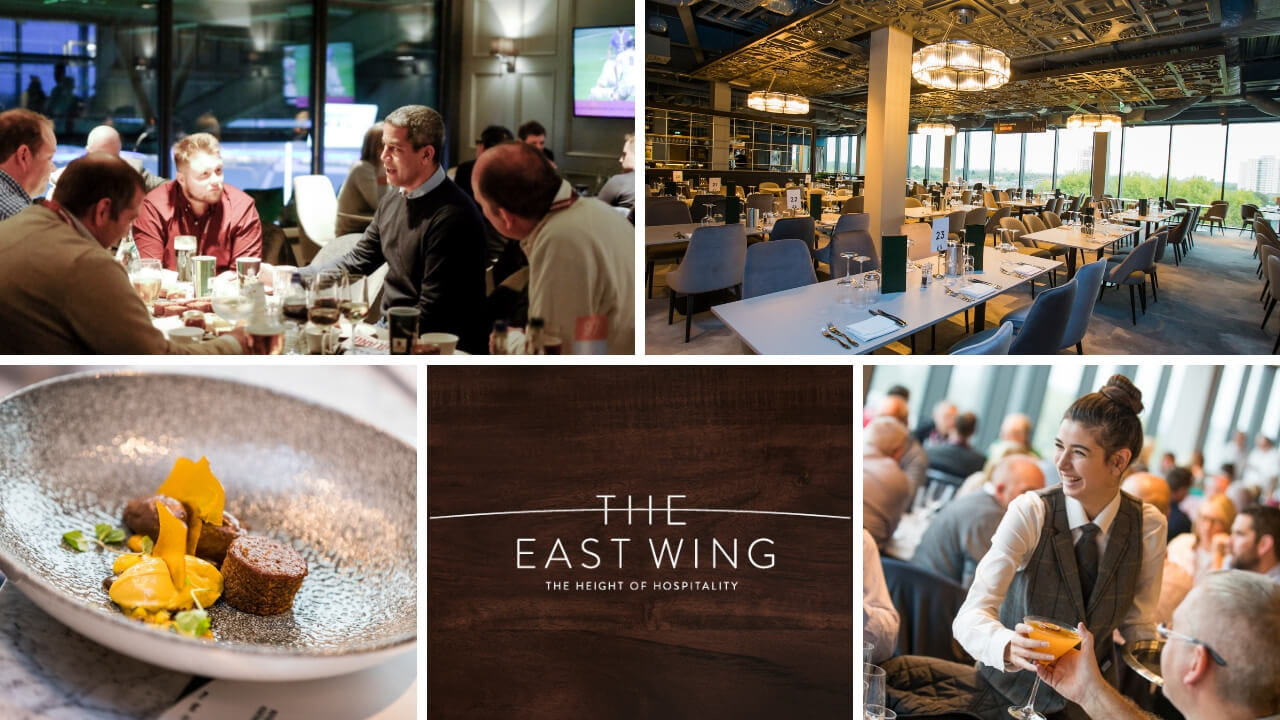 The Lock provides traditional hospitality with a contemporary twist and offers a selection of round tables in an open-plan layout as well as semi-private booths with pitchside views. Guests enjoy a four course English inspired menu designed in collaboration with two-star Michelin chef Tom Kerridge. An array of rugby guest talent is also in attendance with the likes of Maro Itoje and Danny Care available for a quick chat and photo opportunity for the England v Scotland match. Big screens were also up for guests that wanted to watch the earlier games. It provided an excitable atmosphere as the minutes ticked by ahead of kick-off at Twickenham. All in all, The Lock is a must for the rugby fan with subtle touches throughout that engage one's passion for the game, whilst rubbing shoulders with the sport's legends past and present. 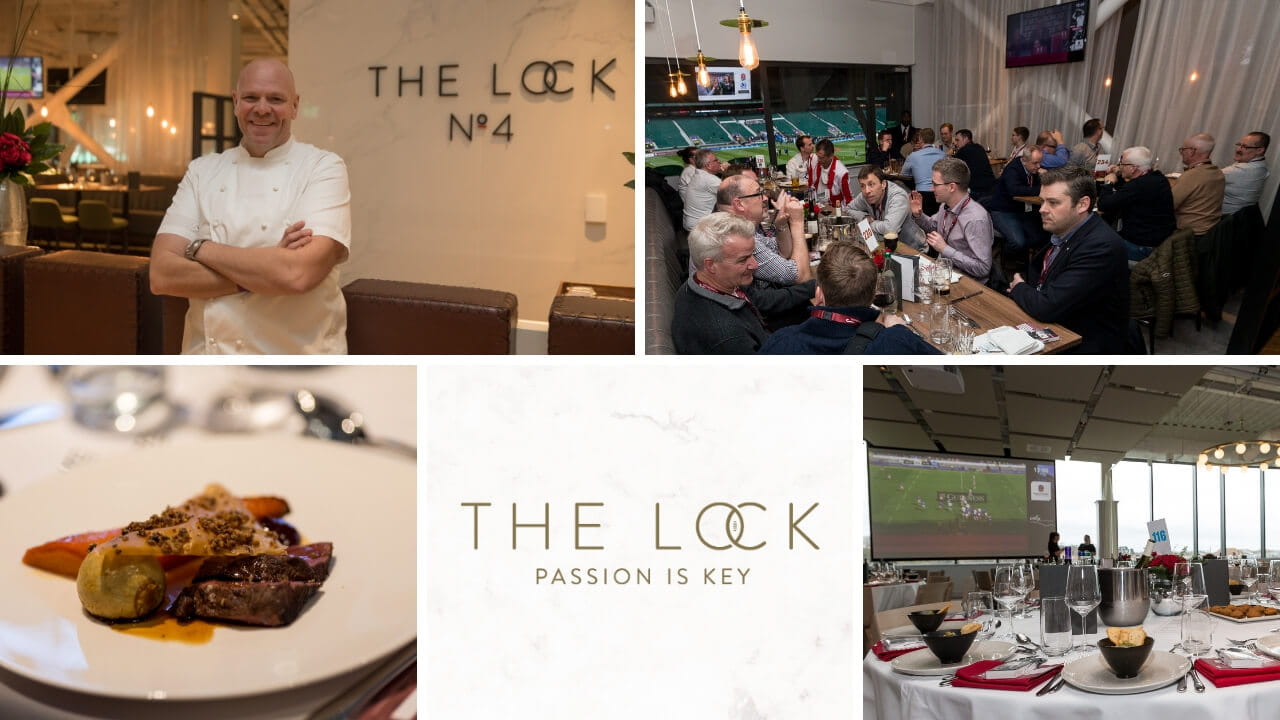 The Gate represents the modern chophouse experience. Inspired by urban steak restaurants, there's a particular dimly lit vibe that would appeal to London's dining enthusiasts, whilst keeping very close to its rugby theme. Once more, there is guest talent on hand to discuss about the day's play. Mark Cueto and Andy Goode have made several matchday appearances at the Gate since the restaurant's opened. Once again, there are actually two restaurants to The Gate, known as Level 1 and Level 2. Virtually identical, both spaces offer phenomenal steak with other menu choices inspired by the opponent of the day. As kick-off approaches, the doors to the seating bowl dramatically fill the room with natural light and providing a route for fans to take their seat in the lower tier. This is a great choice if you like to be a lot closer to the action, where you can hear the thuds and graft from the field of play. 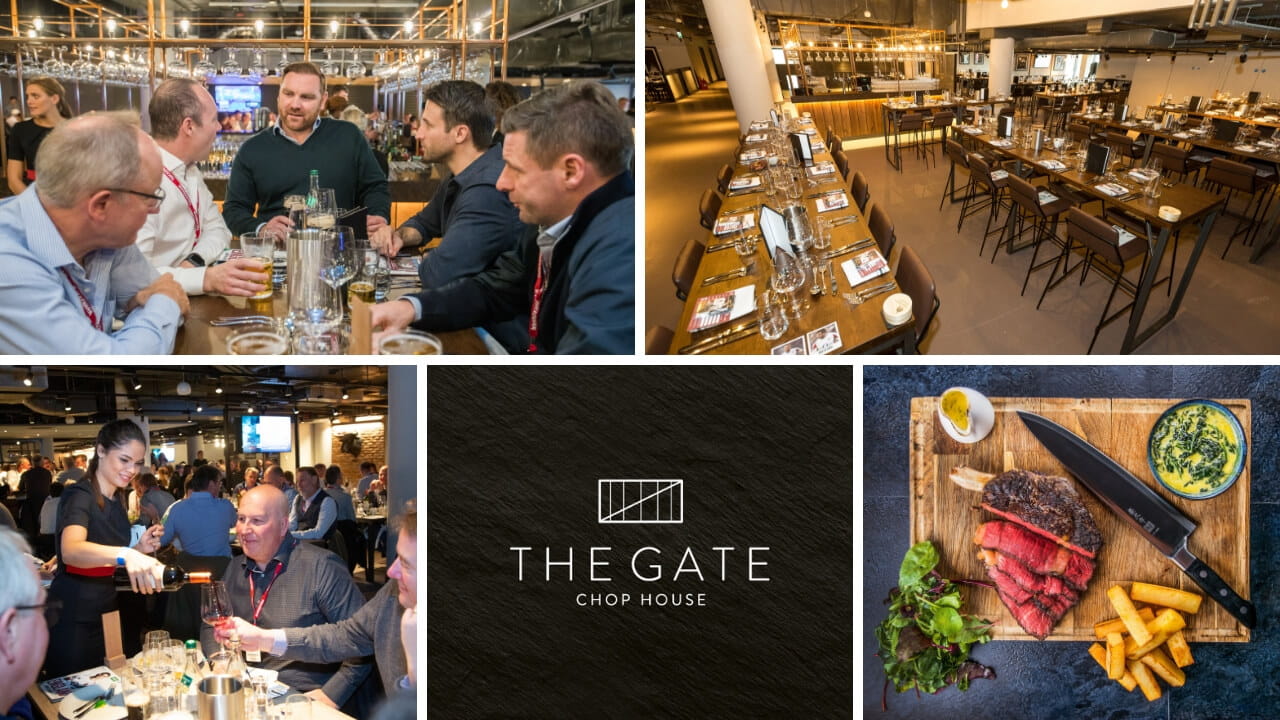 Located at the summit of the East Stand, with easy access from the main entrance, the British Airways Rose Garden ambience is what stands out when guests first walk through the doors. It becomes immediately apparent that you've just arrived at the best party in the stadium. Offering live music, hand-held street food and a range of complimentary drinks, the atmosphere builds ahead of kick-off to send excitement levels racing before taking your seat in the top-tier of the stadium, which offers wonderful panoramic views of the whole pitch. Inside the stadium, guests are also treated to sweeping perspectives of London's skyline along with the aeroplane's that are coming in to land at the nearby Heathrow Airport. All in all, it's an awesome roof-top style experience that allows guests to mingle with like-minded fans and party people. 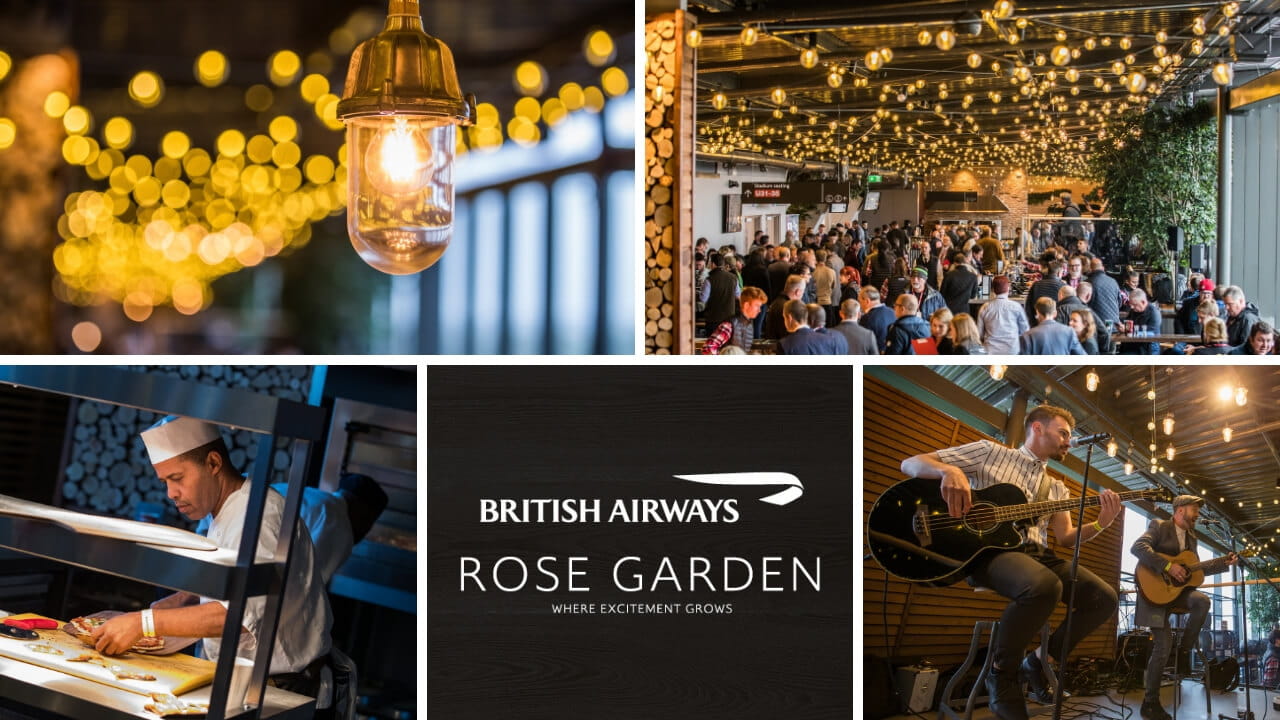 Don’t take our word for it,  here’s what this year’s customers had to say:

"The event was very well run indeed. The service around the table was excellent & always performed with a smile. The kitchen team did a great job, the food was exceptionally good. I’d definitely recommend Keith Prowse, all in all a very good and enjoyable day."

Next year, the last two winners of the Six Nations will face England at Twickenham. Official hospitality is now on sale for England v Ireland on 23 February and England v Wales on 7 March.

Click here for more information and to book online.

Luxurious surroundings, superior service, fantastic views including viewing balconies … The East Wing is the jewel in the crown.

Binding a celebration of England Rugby with a great view, The Lock offers a light and airy restaurant which for Guinness Six Nations in 2020 will be run by Two Michelin-starred chef, Tom Kerridge.

The perfect union of steak, wine and rugby. There’s plenty of time to take in the ambience, socialise with past players pre and post-match and enjoy the company of those you are experiencing a day out with.