I will never forget the loud cacophony of boos and jeers reverberating around the vast expanse of Arthur Ashe Stadium - packed to the brim with more than 23,000 spectators - as Serena Williams, Naomi Osaka and the presentation party awkwardly stood on the stage after last year's US Open final. The memory will be at the forefront of Williams's mind, too, when she returns to the scene of one of the biggest controversies in the history of tennis. As much as the 23-times grand slam singles champion will try to focus on the task at hand in her first-round match at Flushing Meadows next week, there will undoubtedly be flashbacks to this unsavoury episode, in which she still believes to this day that she was the victim of sexism from the chair umpire, Carlos Ramos.

There was a sense in the air that evening at the beginning of the match that we were going to witness something memorable, with Williams on the brink of equalling Margaret Court's all-time record of 24 grand slams and Osaka, then aged 20, having the chance to become the first Japanese player to win a major title. No one could have predicted what was in fact about to play out over the course of an extraordinary 90 minutes or so. The trigger for the flashpoint was an illegal coaching gesture during the first set from Williams's mentor, Patrick Mouratoglou, to which he later admitted during an interview on live television. Williams was subsequently warned by Ramos, a correct decision under the rules, as was the point penalty she later received for smashing her racket on the court. With the match, and the chance to make history, slipping away from her, Williams channelled her ire towards Ramos, demanding an apology and branding him a "liar" and a "thief". He had no option but to dock her a game for verbal abuse, as her third offence. The American crowd were so incensed that the post-match trophy presentation was marred by the sound of angry disapproval. 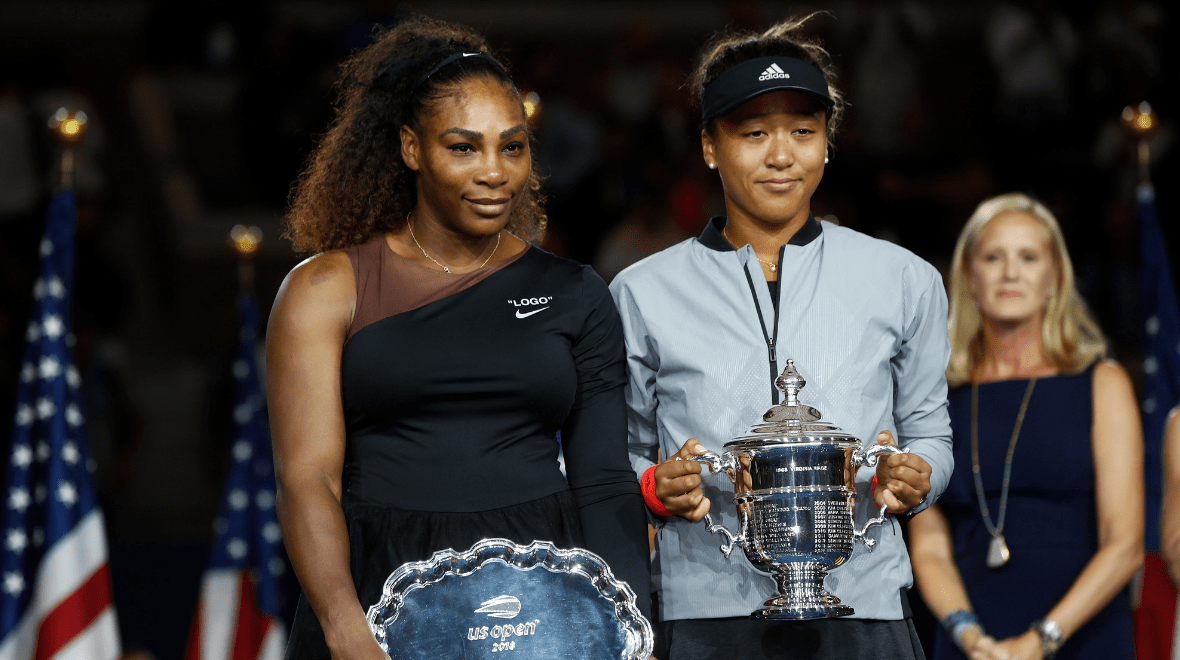 Williams has played 101 matches throughout her long and distinguished career on Ashe, yet still does not appear completely comfortable under the pressure of playing in this cauldron-like atmosphere. This is the stadium in which she threatened to shove a tennis ball down the throat of a lineswoman for calling a foot fault during the 2009 semi-final, and unleashed an outburst - "I truly despise you" - towards a female umpire in response to a hindrance call during the 2011 final. Both decisions by the officials were correct. What a story it will be if Williams is to finally equal Court's record here over the coming fortnight. Mouratoglou foolishly claimed in a recent ESPN television documentary that last year's controversy "was the best moment of tennis [in the] last 10 years", citing the exposure that the sport received as a result. One suspects, however, that a 24th grand slam victory for Williams will do far more good for tennis than the divisive drama of 12 months ago.


Williams does not have time on her side. She is five weeks from turning 38 years old (on September 26), and has shown it on tour this year. Many experts, including Martina Navratilova, are of the belief that Williams needs to play more regular tournaments in order to build up her match fitness, but her body is not so willing. She has withdrawn or retired from all five of her non-grand slam events this year because of physical issues. It took Williams until June to overcome a left knee injury that had she had suffered since the start of 2019. And earlier this month, she was forced to retire after only four games of the Rogers Cup final in Toronto due to back spasms. She did everything she could to recover in time for her next tournament, the Cincinnati Open, the following week, but had to admit defeat just hours before she was due to step on to the court.

The mental toll was evident in Toronto where Williams broke down in tears during her post-match speech. "It's been a tough year, but we'll keep going," she said.
It is remarkable that Williams returned to action in February last year, five months after she came close to death because of several health complications following the birth of her daughter, Olympia. To even contest matches after such a traumatic experience should be regarded as a triumph in itself. But Williams, the dedicated competitor that she is, would never settle for merely hitting a ball. Motivating her to come back was the opportunity to equal and pass the record of Court.


It will deeply frustrate Williams, then, that she has not claimed a trophy of any sort since January 2017, when she won the Australian Open while eight weeks pregnant. She has come close at three grand slams, losing in the finals at Wimbledon and the US Open last year, and again at Wimbledon this year. The heavy weight of history on the shoulders of Williams has had a detrimental impact on her play during these matches. She has under performed, appearing tight in the execution of her groundstrokes and slow in her footwork, and has failed to win a set in each final. The defeat at the All England Club last month was particularly striking, a 6-2 6-2 defeat by Simona Halep the most one-sided grand slam final loss of Williams's career, although credit must be given to her Romanian opponent for a relentless performance over the course of only 56 minutes. Until then, Williams looked in fine fettle on the grass of SW19 - a surface suits her powerful game - but once again she fell short of the finish line. 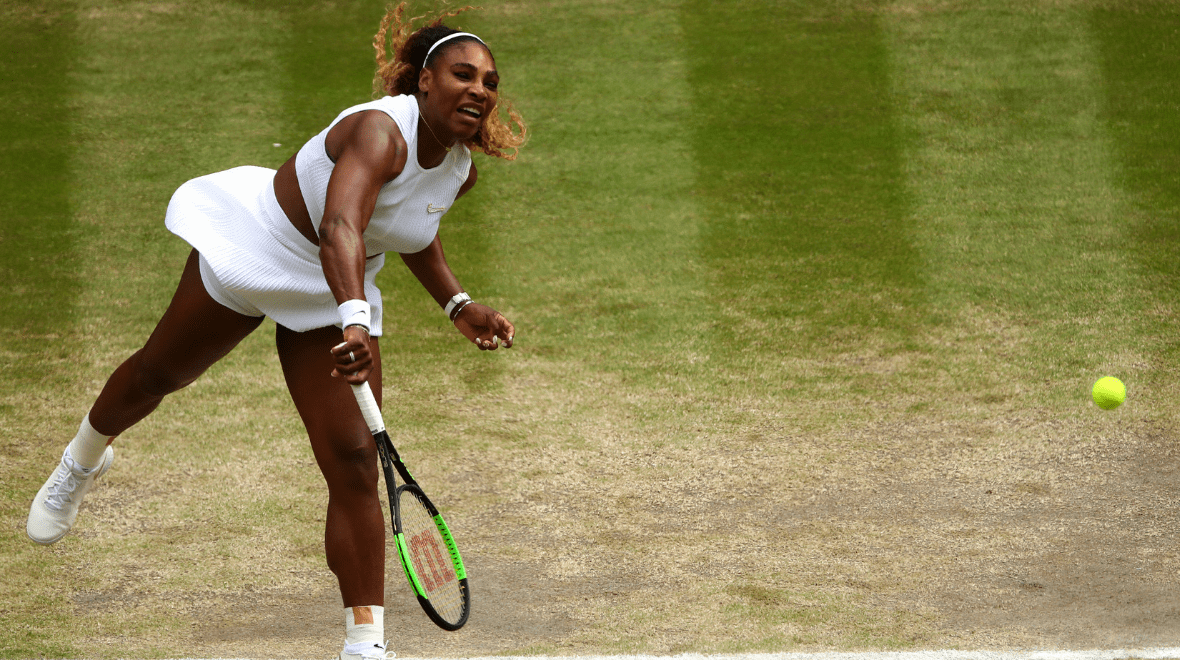 Amidst the disappointment of her recent retirement in Toronto, though, there was some hope for Williams to draw upon as she prepares for the US Open. She was impressive as she eased through the draw - a straight-sets win against Osaka, the world No 1, was the highlight - in what was the first time she had played on five consecutive days since the Italian Open in May 2016.

As a result, Williams will be the No 8 seed, her highest position at a grand slam since she returned. It means that she cannot face a higher-ranked opponent until the quarter-finals at the earliest, which should help reserve energy for the latter stages. When Williams plays at her best, firing down serves around the 120mph mark, she is unbeatable. If she can overcome her physical issues, the pressure and the emotional baggage of last year to consistently perform at this level over the course of the next fortnight at Flushing Meadows and claim that coveted 24th grand slam title, then it will go down as her greatest achievement.


Hospitality for The Championships, Wimbledon is on general sale from Monday 19 August 2019