Four years ago, Eddie Jones told the English public his mission was to become world champions. The rest was part of a journey, the destination all important. There were trials, tribulations and triumphs along the way. The Grand Slam reaction, straight after the 2015 disappointment, the 18-match winning run, another Six Nations title and a 3-0 whitewash of the manager's native country, Australia.

Most of all, there was one of the greatest England performances seen for some time against New Zealand in the semi-final. It may not have been the best, or best selected Kiwi team but hey, it was still the All Blacks and England thumped them. But for all that, England did not win the tournament; didn't come near it, truth be told, in the final. By Jones's own assertion, he didn’t achieve his goal. Staring back at these years, I think we must reassess the Jones mission statement. He came second, far from fiasco. 2019 looked nothing like 2015.


In the main this is a young squad which has great scope for improvement. Jones should remain in place until 2021 at least. Clive Woodward won the Webb Ellis Trophy second time. Jones, a restless thinker, has earned, at the very least, an opportunity to lay the foundations for France in 2023. The team is an awful lot nearer the top of the world as we head towards 2020 than we were when 2016 was the next year on the horizon. Stuart Lancaster's performance in 2015 sadly left no option other than to start again. Jones position is nothing like Lancaster's. There will be frustrations at perceived mistakes made but Steve Hansen made a few of his own when he picked his New Zealand side which lost to England. So it goes in life. Overall, successes outweigh the negatives.

But England must address those negatives quickly. They have to be vying for the Six Nations every year. Jones has set his own standards. Anything other than a Grand Slam and a couple of titles between global tournaments constitutes failure by the Jones standard. The major test for Jones is the speed with which he shifts the last generation for the next generation. If there is one indisputable charge that can be laid at his feet from the last campaign, it was his blindness to the problem at scrum half. Ben Youngs had a poor final. He had too many poor games in the few years leading to that final. But Jones showed utter faith in his man. The Tiger was one of England's most important players. He was tasked with turning Eddie's game plan into reality.

Danny Care was dropped despite his capacity to come up with something different from the bench. There was no better impact substitute in the Jones era than the Harlequin. But late in the day, he opted for the dependable Willi Heinz, more of a poor man's Youngs than an alternative. And when the Gloucester man was injured, he had to send for Ben Spencer, an irregular member of the squad through these four years. Whilst winning Six Nations is an imperative for a team of England's resources, the trick is to maintain development towards the main target. Jones, trusting Youngs, took his eye off the target. Whilst he was good at generating headlines, as was the case with Harlequins' Marcus Smith, too often he stuck with the tried and tested. Had he omitted Mike Brown earlier, who knows, Elliot Daly might have handled the pressure at full back in the final. 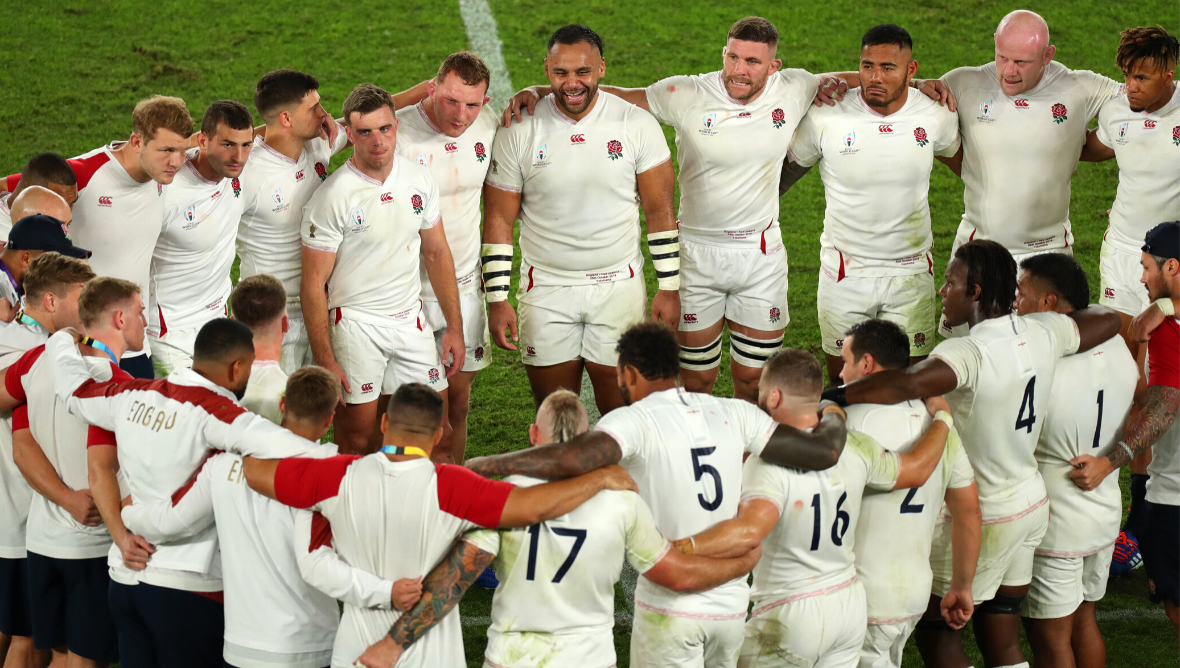 Dan Cole is another whose career was resurrected when it seemed finished after 2015, only to fail, come the final. Yet casting the eye down the squad, this one has very few players in need of replacement. The majority will be around in four years’ time. Spencer, Dan Robson or a bold gamble is needed at scrum half. Northampton's 22-year-old, Alex Mitchell fits the bill. He has matured as cover for Cobus Reinach, starred for England versus the Barbarians and with Reinach heading for Montpellier, he has his chance to become a key Premiership performer.

England are blessed in the back row. The squad did superbly in Japan, but Alex Dombrandt has a point of difference. His basics are good, his running angles exquisite. He is a game breaker in the way the magnificent Mark Wilson is not from the bench.

As for the core of the team, England are blessed with men like Maro Itoje, whose performance against New Zealand was as good an eighty minutes as any I have ever seen from an Englishman. There is much talk of ‘leadership’ but when talk turned to action there was too little from current captain, Owen Farrell, insufficient control from George Ford and an absence of calm from Elliot Daly at the back. Itoje is ripe for captaincy, to demand more from the team than a blind following. When England lost their momentum in the final, they lost their shape. It has happened too often under the captaincy of Farrell. England need a new skipper and a fresh determination to make the pack the meanest, the best in the world. It came up way short in the final.

The Guinness Six Nations is the first test. Indeed, it is so much more than a ‘test’. Becoming world champions is most important, especially in the eyes of their coach who pines for the ‘big one’. But England must build foundations again. The scar from the South African match will cut deep. Anything less than a title will only keep England off the rugby straight and narrow.

With New Zealand, Australia and Argentina on the horizon of 2020, Jones must pull off the trick of making the Guinness Six Nations a test of development while winning at the same time. The train to France pulls out with the start of the 2020 Guinness Six Nations, with home fixtures against Ireland and Wales. Prepare for an exciting ride.

Sign up to our newsletter and be the first to hear about more sports news and blog posts, competitions and special offers from Keith Prowse hospitality.