The ATP Nitto Finals in London provided an exciting climax to the 2019 ATP Tour season. With a drama-packed tournament capped off by a gripping deciding set in the final, it was perhaps the perfect send-off for the year. Here we celebrate the end of 2019 and take a peek at things to come in 2020.


When Rafael Nadal, Novak Djokovic and Roger Federer line up together in a tournament, rarely would you expect a scenario in which one of them didn’t win the title. But that is exactly what happened at the 2019 ATP Nitto Finals, as Greek star Stefanos Tsitsipas became the youngest player in 18 years to claim the end-of-season title.

Group Andre Agassi of this year’s ATP Nitto Finals consisted of Rafael Nadal, Daniil Medvedev, Stefanos Tsitsipas and Alexander Zverev. There was an early shock with Rafael Nadal losing his group opener against defending champion Alexander Zverev. Nadal would recover by taking deciding-set victories over Tsitsipas and Medvedev, but the dropped sets in the wins proved costly. Nadal missed out on qualification for the semi-finals with Tsitsipas and Zverev going through.

Group Bjorn Borg also threw up some high drama, with both Novak Djokovic and Roger Federer losing their opening matches against Matteo Berrettini and Dominic Thiem respectively. In the second round of group action, Federer and Djokovic went head to head and it was the former who slammed down a straight-sets victory. It was Federer who joined Thiem in the semis.

Both of the semi-finals were wrapped up in straight sets. Tsitsipas first caused another upset in the tournament by eliminating Roger Federer. Dominic Thiem made relatively short work of his semi-final against Alexander Zverev. The final proved to be a thriller with Thiem edging the opening set on a tie-break. Tsitsipas roared back, dropping just two games in securing the second set. For just the third time in the history of the ATP Finals, the final itself was then settled on a tie-break, Tsitsipas taking it 7-4.

The young stars of 2019 shine brightly


Tsitsipas was one of the stars of 2019 on the ATP Tour, securing some big landmarks, none bigger than his first-ever Grand Slam semi-final appearance at the Australian Open. Considering that just a year ago he was lifting the ATP Next Gen title, it has been a massive twelve months for him. The form of Tsitsipas did slip away over the second half of the season, but he finished with that huge flourish at the ATP Nitto Finals.

Russia’s Daniil Medvedev was another who impressed on the 2019 ATP Tour, winning two ATP Tour Masters 1000 events. That continued his rise in the game, coupled with his run to the final of the US Open where he was denied by Rafael Nadal. The question in 2020 will be whether Tsitsipas and Medvedev can push their games on to bigger things at the Grand Slams.

Rafael Nadal finished 2019 as the number one ranked player in the world, fighting off the attentions of Novak Djokovic. It was another highly impressive season from both, each claiming two Grand Slam titles. Nadal took the French Open and US Open titles, with Djokovic claiming the Australian Open and The Championships, Wimbledon crowns.

Djokovic's 2019 Wimbledon title was his fifth at the Slam, beating Roger Federer in one of the greatest finals ever. Of the big guns in the game, Roger Federer came up a bit short with no Grand Slam crown and only one Masters 1000 title. Last year’s ATP Nitto Finals winner Alexander Zverev couldn’t build on that success by making any kind of impact in the Grand Slams during 2019.


Andy Murray, on his return from possible career-ending hip surgery, completed a fairytale success at the 2019 Fever-Tree Championship. He and his partner Feliciano Lopez swept their way to the title at The Queen’s Club, knocking out the defending champions Henri Kontinen and John Peers in the semi-finals.

The Queen’s Club has become used to seeing Murray taste singles success, but this was perhaps, after potentially never playing again, his sweetest victory there. Lopez would make a clean sweep at the Fever-Tree Championships as he collected the title. 15 June is the start date for the 2020 edition. Will Murray be back to defend in the doubles, or will he go for his sixth singles title there?

Arguably the best match of 2019 was the Wimbledon’s gentlemen’s final between Novak Djokovic and Roger Federer. It spanned across four hours and 57 minutes, making it the longest final in the history of the tournament. It produced almost five hours of astonishingly high-quality tennis between two of the game’s modern greats. For the first time ever, a Wimbledon final would go to a fifth-set classic tiebreak to be decided. Djokovic prevailed 7-3 in it to lift the title. So it will be Djokovic walking back into Wimbledon 2020 as the defending champion. He will be aiming to become the first man since Roger Federer in 2005 to win three consecutive Wimbledon titles. Every year since 2003 inclusive, it has been one of the big four (Federer, Djokovic, Nadal and Murray) who has claimed the Slam. 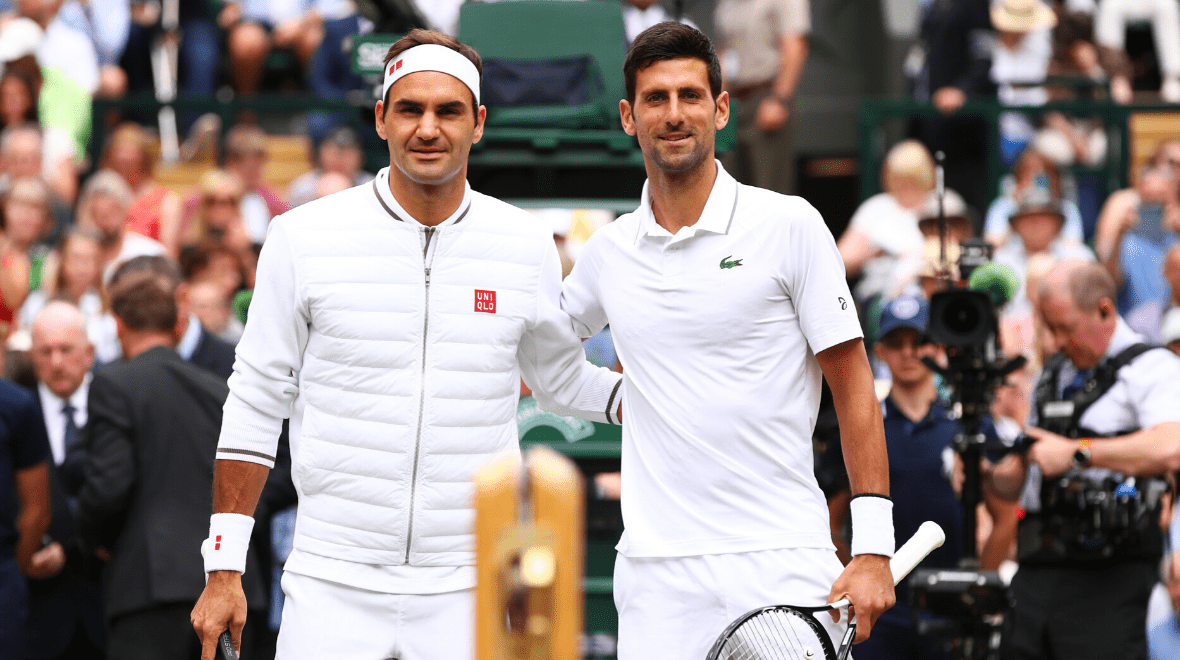 It was a great year on the ATP, with notable highlights being Andy Murray’s emotional return at the Fever-Tree Championships and that astounding Wimbledon final. The new season of ATP singles tournaments starts as early as January 6th in Doha. It will kick off another competitive and fascinating year of tennis which includes the Olympic Games starting in late July.

Before that in June, the Fever-Tree Championships at The Queen’s Club will once again be a great primer ahead of Wimbledon, with players focusing on finding their grass-court form ahead of the Grand Slam. In 2019 young stars like Tsisipas, Medvedev and Felix Auger-Aliassime were in the draw at The Queen’s Club and the 2020 edition is likely to attract a strong line up again.

Youngsters like 2019 Next Gen ATP Finals winner Jannik Sinner along with Alex de Minaur, Denis Shapovalov and Frances Tiafoe also have the potential to ruffle some feathers at the top of the game in 2020. It appears that the gap between the big three and the rising generation could easily close further in the new season.

The younger players are hitting more and more powerful groundstrokes, and it’s an area in which they can challenge the old guard on the grass surfaces. It could lead to another spectacular Wimbledon. Beyond the clay-court dominance of Nadal in Paris and the hard-court supremacy of Djokovic in Australia and the US, Wimbledon looks the most likely of the four Slams where there could be a first-time champion crowned. An appearance in the singles draw by Andy Murray would just be the cherry on the cake.

Kick off the start of the tennis grass season with award-winning hospitality at the Fever-Tree Championships. Book now:

Official hospitality at The Championships, Wimbledon 2020 is available to book on our website...