England's runner up performance in Japan makes them clear favourites for this season's Guinness Six Nations – or at least their outstanding eighty minutes against New Zealand in the semi-final does. In the run up to the 2020 tournament, Eddie Jones has been pondering how teams that reach the top stay there.

In England's case it is by sharpening up an inability to win games when the game plan veers off course, as happened in the final, as happened in last year's Guinness Six Nations. As I wrote before the global showpiece last year, England can beat anyone on their day. It's what goes on when they don't get their way that dictates their chances.

England out to go from strength-to-strength


Decision making is the biggest factor we cannot see. What we can – and at 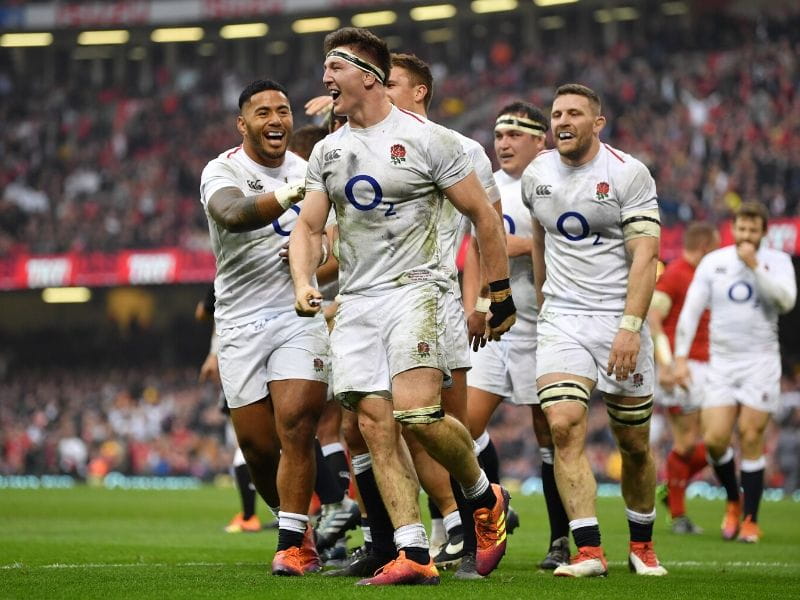 times will – see is the undiluted power game. Even without Billy Vunipola, the side is stacked with forwards who can carry and pass well and backs like Manu Tuilagi who will crash the gain line to give England the front foot.

Gain line is one part of the Jones theory; the other is territory. He has a plethora of backs who can kick well. If they secure a foundation they will be hard to beat. At their best, as New Zealand discovered, they are one of the best teams in the world. If one area of their game grew in Japan it was the breakdown. The combination of Tom Curry and Sam Underhill spearheaded a strong breakdown, with men like the hookers, Jamie George and Luke Cowan Dickie playing assist roles alongside the likes of the outstanding Maro Itoje.

As an aside, a few people have asked me what impact the Saracens saga will have upon their England quota? They'll be dying to get away from the gloom and focus on the Guinness Six Nations.

Domination is important for any team but England more than most. The side seem adept at following the game plan to the nth degree but need to look to change their strategy when opposing teams do not play to plan! Owen Farrell and George Ford are fine front foot fly halves but need to be able to think for the team in the moment rather than conduct the master plan of their manager.

The loss of Henry Slade is a blow. Jones believes the non-selection for the final was a mistake. His left foot functions well with the box kick of Ben Youngs and the range of kicks from Ford and Farrell. Daly is the other kicking option, from 15, 11 or 13. Out wide, England are strong. When they make a half decent chance, men like Watson and May, in particular, can be expected to finish them off.

The average age of the squad is 26. It is a great profile to keep them on course for a crack at redemption on the world stage in France in 2023, but before that there is this Six Nations and the not so small matter of France in Paris.

‘Le Crunch’ set to be a classic


This is the most exciting looking French squad I have seen in years. 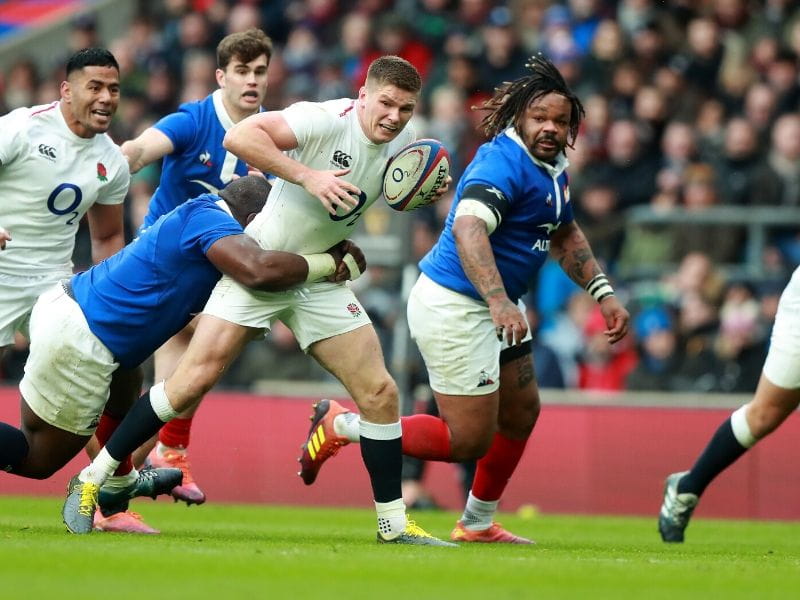 It has real panache, not to mention potential. It is a young squad, averaging just 24 years and – or should that be `but' – it has been selected as much for the future as the here and now. France have a cop out. This is an inexperienced team. If it plays well and loses the French public, for a while, will buy into the long-term plan.

Especially as the side seems so easy on the eye. The scrum half, Antoine Dupont is a dazzling talent. One England will want to harass while the three quarters are packed with stars such as Damian Penaud and Teddy Thomas out wide, and Virimi Vakatawa in the centre.

The courage of youth will be a strength against England when they will claim to have little to lose. If they win, inexperience will test them at venues like Cardiff where victory for France is so elusive. 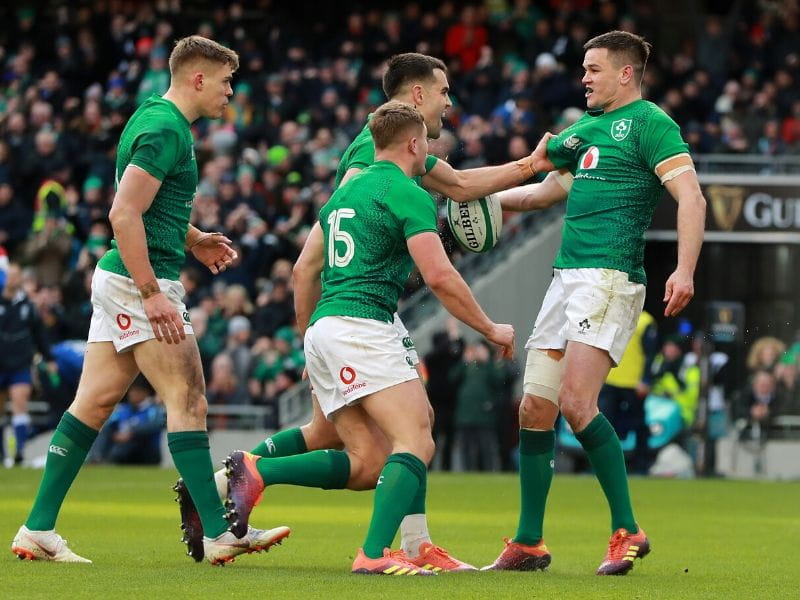 Ireland travel to Twickenham Stadium. That is advantage England but Andy Farrell's team have won a Grand Slam decider here as recently as 2018. The question is whether this team needs rebuilding. Those of a positive disposition will point to the outstanding European form of Leinster this season but the test arena is another level up.

Under Joe Schmidt they became too regimented and were found out in the 2019, where England, Japan and New Zealand took them to a gear of rugby where they were uncomfortable. Retention was the obsession of Schmidt. Ireland must reinvent themselves and gives players like Jordan Larmour space to weave his spells. Whether Farrell and an ageing, often injured Johnny Sexton can present talents like Gary Ringrose with such a platform is the Irish rugby question of 2020. There are enough doubts for England to fancy their chances at home.

A new Wales to be welcomed to Twickenham Stadium 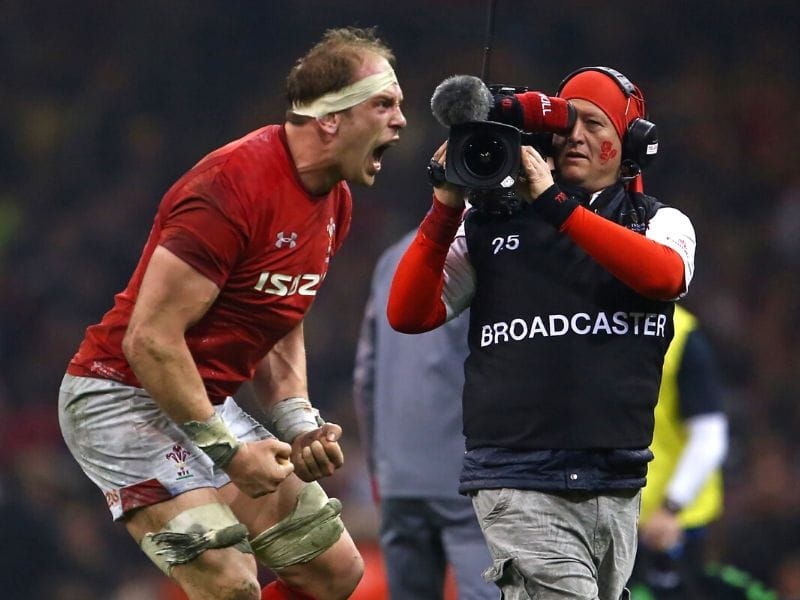 most radical face lift of the British and Irish quartet. Under Warren Gatland, Wales were grinders, gritty not pretty. They scored a paucity of tries en route to winning the Grand Slam last year, but their miserly defence more than compensated for that.

Gatland is gone and Edwards is part of the French squad. Their replacement, Wayne Pivac, has intimated his way will be different. Certainly, the Scarlet's team he coached to a PRO14 title were an aesthetically pleasing experience. There was far more width about them than we were used to under the screaming intensity of the Gatland game.

Alun Wyn Jones has been wrapped up in cotton wool. Can he keep those loftiest of standards up? And without Jonathan Davies running defence from 13, will Wales continue to leak as they did against France and Fiji in the World Cup? There is a huge pressure on Dan Biggar, the last standing Welsh fly half, to mix the pragmatic with the exciting `Welsh way.'


Perhaps England's second biggest threat outside Paris is Murrayfield. Scotland smashed England there two years ago and came up with an astonishing fight back to draw at Twickenham last year. But the pre-tournament exile of Finn Russell does not help Scotland. Hopefully he will be back for England (Eddie Jones may beg to think differently).

Gregor Townsend has lost Greig Laidlaw, his powerful influence at scrum half. It will be a loss in terms of goal kicking but maybe the coach will be forced into playing at a pace that will suit a Scotland team which is not one of the tournament's biggest. The more tempo the better for Scotland, especially against the might of the `Auld enemy.'

Changing of the guard for Italy


Which leaves us with Italy. The last game of the tournament for 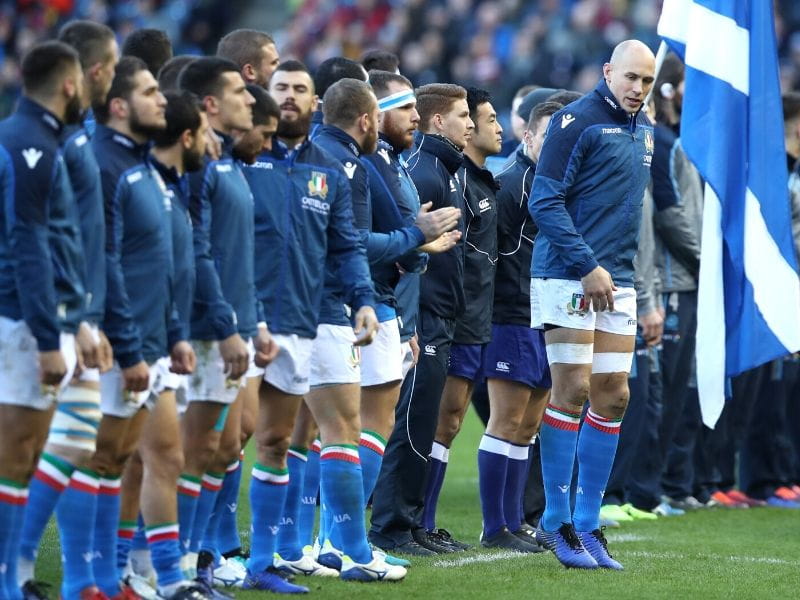 England in Rome. If they are going for a Grand Slam, do not expect Italy to stop them. This is sort of the first year of Italian rugby without Sergio Parisse. He is not part of their regular travelling squad but he will make a farewell appearance – or two – in Rome. It all sounds somewhat egocentric, especially as Italy's back row, with Jake Polledri to the fore, are better without their waning star.

The pack will scrummage, the back row will be competitive but from fly half onwards, Italy lack the talent and know how to make a dent. A win against any side would be a surprise, against England it would stun the world of sport.


Official Hospitality at the Home of England Rugby


Sign up to our newsletter and be the first to hear about more sports news and blog posts, competitions and special offers from Keith Prowse hospitality.