Two contrasting pieces of history were created at the Australian Open 2020, the first of them being Novak Djokovic extending his record of titles at Melbourne Park to eight.

The second was a first-time career Grand Slam win for American prodigy Sofia Kenin, who spectacularly stormed the field thanks to some sublime controlled aggression. 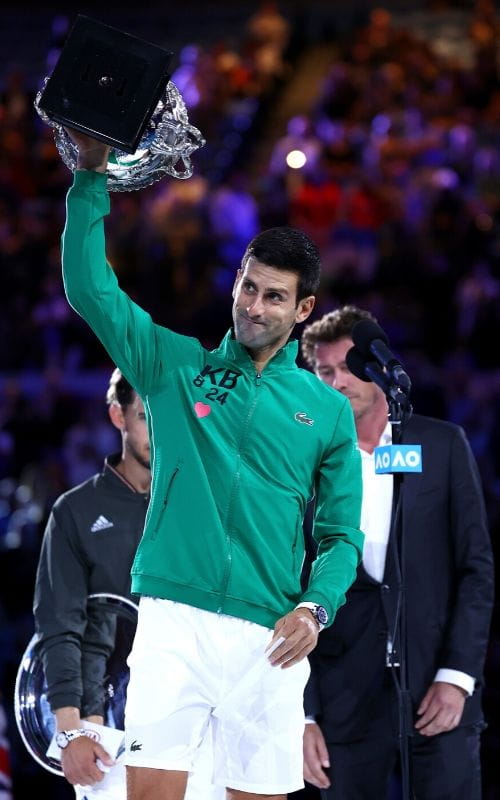 Australian Open defending champion Novak Djokovic had strolled past his first six opponents at the 2020 edition. There were moments throughout his campaign which highlighted why he is regarded as one of the greats.

There was his astoundingly athletic defence to negate the power-serves of Milos Raonic in the quarter-finals and then had to face off against Alexander Zverev in the final four. Zverev has long been pencilled in as a future Grand Slam champion, but in not having been past the quarter-final of any Grand Slam prior to the 2020 Australian Open, the pressure was mounting on him.

At Melbourne Park, the young German delivered his most composed Grand Slam campaign yet. In particular, his serve looked much improved and that will raise expectations for more in 2020.

Big things were expected of Stefanos Tsitsipas at the 2020 Australian Open following his remarkable run to the final four in 2019. But the 2019 Nitto ATP Finals champion slipped to a third-round exit against the resurgent Milos Raonic. Daniil Medvedev, who was the 2019 runner up at the US Open surprisingly fell in the fourth round against Swiss veteran Stan Wawrinka, unable to outlast his opponent over five sets.

America’s Sofia Kenin, who had had a career year in 2019, took her game to a new level at Melbourne Park. Her run to the title, in what was just her third appearance in the main draw of the Australian Open, showed both skill and passion. Kenin, who runs a constant monologue while out on the court, also has determination and self-belief in abundance. 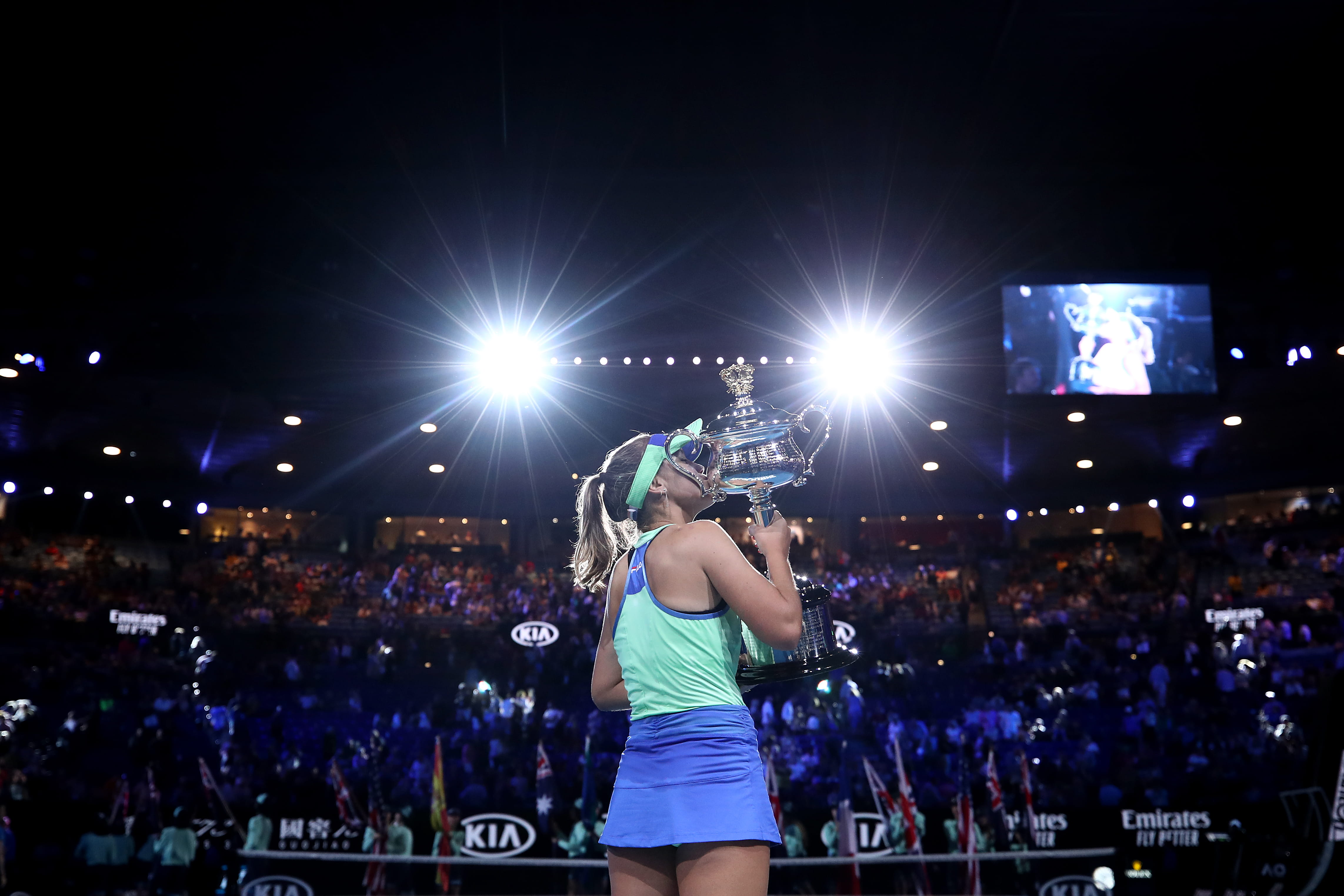 Despite not being the most powerful of servers, there were times during her campaign, especially in the early stages of her semi-final against World Number One Ashleigh Barty, that she held it together with accuracy, variety and sheer determinism.

In her fourth-round match against young sensation Cori Gauff, and against Australian home-favourite Barty in the semi-finals, Kenin needed unwavering focus too. In both of those match situations, she was in an environment where the crowd was heavily in favour of her opponent on the day.

Then in the final against former Wimbledon and French Open champion Garbine Muguruza, Kenin found herself a set down for just the second time in the tournament. But in such a high-pressure situation, there was no panic. The 21-year-old dusted herself down to win the following two sets, each by a 6-2 scoreline to lift the title.

Wimbledon 2019 champion Simona Halep looked to be in great shape at Melbourne Park. The Romanian had been untroubled in reaching the quarter-finals. In her first five matches, Halep won a total of four sets by a 6-1 scoreline and didn’t drop a set. After brushing past Annet Kontaviet 6-1 6-1 in the quarter finals, the stars were aligning for Halep.

A lot of her main seeded challengers in her section had tumbled early. The draw was wide open for her. But then she ran into an inspired Garbine Muguruza in the semi-finals. In a match of heavy-hitting and baseline scrambling, Halep’s calm temperament deserted her after dropping the first set on an extended tie break. The Romanian went on to fall in straight sets.

An enticing look ahead to 2020

Novak Djokovic looks set to still be the one to beat at any of the 2020 Grand Slams, perhaps aside from the French Open where Rafael Nadal is king. Going into any of the majors this year, things will probably be a duel between Nadal and Djokovic for ultimate supremacy.

That is unless the growing threat from ATP Next Gen stars Dominic Thiem, Alexander Zverev, Daniil Medvedev and Stefanos Tsitsipas materialises further. Will any of them make the big breakthrough to shake up the status quo in the majors?

With the defensive side of Roger Federer’s game on very shaky ground in Melbourne, a fascinating storyline in 2020 will be to see if he can keep in touch with the levels of Nadal and Djokovic.

As for another legend, Serena Williams’ wait for a record-equalling 26th Grand Slam title goes on and now with no major title since the 2017 Australian Open, the challenge to add more will only get tougher.

The 2020 Australian Open produced a recharged Garbine Muguruza which adds to the excitement of this year’s Wimbledon, as the Spaniard excels on the grass. Former Grand Slam winners like Ash Barty, Simona Halep, Naomi Osaka, Petra Kvitova and Bianca Andreescu are not going to have easy paths to claim more of those titles in the forthcoming year.

Following Kenin’s success at Melbourne Park, 11 of the last 13 Women’s Grand Slam titles have now been won by a different player. The last two have gone to 19-year-old Bianca Andreescu and 21-year-old Sofia Kenin. The youngsters in the women’s game are starting to have a very big say in the majors.

Kenin is heading the young brigade now which includes the likes of Dayana Yastremska, Maria Sakkari, Marketa Vondoursova and Kenin’s 15-year-old compatriot Cori Gauff. Gauff again showed maturity and talent beyond her years with her performances at the Australian Open, which included a victory over reigning champion Naomi Osaka. “Coco” is perhaps the one upon which the biggest spotlight will fall in 2020.

Discover premium tennis hospitality for 2020 at The Championships, Wimbledon...