HOW TO PICK THE WINNING HORSE

We know a lot of you racegoers out there tend to pick the horse with the most stylish or funniest name, or even the colour of the jockey’s silks. However, there are other much more credible strategies out there that can help you make a more informed decision with your bets. Here are some of the main attributes to consider when looking for a winner on race day.

It’s a good idea to look at various factors relating to the racehorse before choosing it. Ask yourself questions such as:

Has he/she run well previously at today's distance? - a good winning percentage at today’s distance is a huge tick in the box.

Does he/she handle this track/racing surface? - Some horses can only show their best on better ground, while others love a test in the mud. Check whether this horse can handle turf, dirt, synthetic etc.

What’s my horse's post position like? - sprint races around one turn usually favour outside posts, whilst route races, which include two or more turns, at longer distances often favour inside post positions.

What about the distances? - front runners that are shortening up in distance and closers that are stretching out are factors to pay attention to. One of the more obvious factors, looking into the distances is an essential part of deducing winners. On both the flat and over obstacles, most horses will tend to have a limit to how far they can go before their stamina gives out. Choosing a horse with proven stamina can be hugely beneficial, especially when the ground is testing. 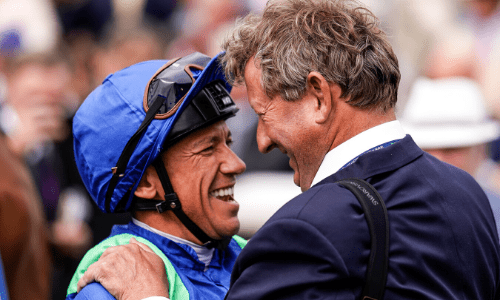 It is worth examining the trainers and jockeys before placing your bets. Generally speaking, trainers that win tend to continue winning, and vice versa. Also, if the trainer has multiple horses entered, it looks like they are really trying to bag a win. The trainers are a key component in the winning racehorse, so keep an eye on this factor.

Similarly, the jockey is a core element in victory of a racehorse. Often in horse racing, it 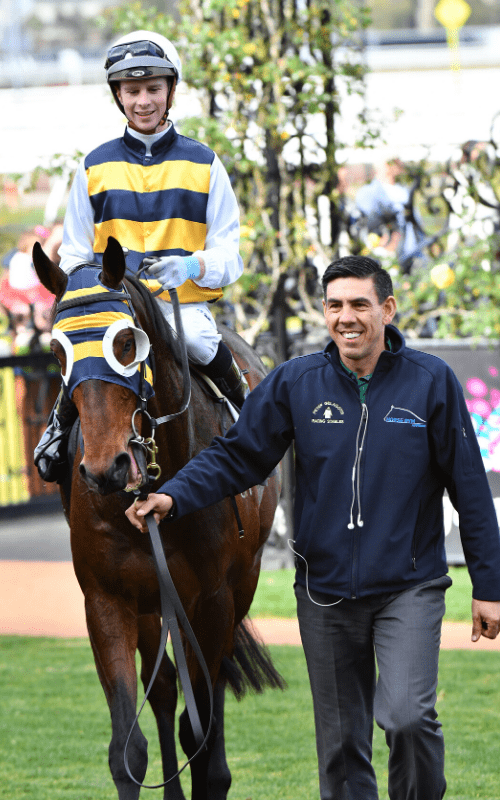 takes time for a jockey to get a feel for the horse, especially its behaviour and characteristics on and off the track. Look for horses where a jockey has already made its first ride. It doesn’t matter if it lost (which is most likely anyway) - they’ll be back with a vengeance and will want to try even harder the second time to bag a win. And, of course, certain jockeys fit better with certain racehorses - keep an eye out for horses who are previous race winners. If the same jockey is riding that horse, chances are high for a win.

It’s true that voting on the underdogs of the race is a favourable move, especially when it means that the winnings will flood in. While those who won the last race or are the favourite won’t always win, it has higher chances of paying off. The race favourite tends to pull through 33% of the time. Betting on the favourite to be in 1st or 2nd pays off around 53% of the time, or if you’re looking at 3rd also, this pays off approximately 67% of the time. There are a lot of variables here, but you cannot deny that going for the favourite is a good move. 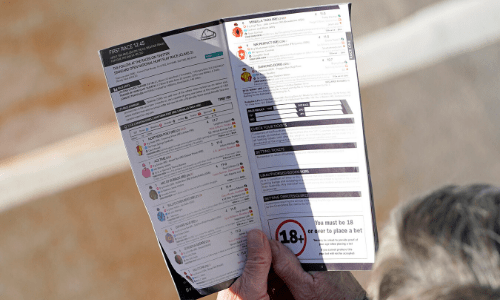 Without doubt, you should definitely consider the race card and its form and features when picking a winner. First, the features. When looking at a horse’s profile, it is handy looking at the letters on the race card. The Course is represented by the letter C, and D represents distance, both of which help to identify those horses that have won at that course before or over that distance. ‘CD’ denotes a horse who has won over both the course and distance of the race under consideration. Other notable letters are F, representing a horse who has fallen, U, a rider who has been unseated respectively and S, meaning a horse has slipped up. Additionally, the form numbers on a race card represent the finishing position of a horse in its most recent races. Numbers alone can be misleading, though, as a horse could have a ‘3’ in its form, but that third-placed finish could have come in a three-runner race. Consider the context of the form before making any rash decisions!

For more, read about how to read a race card here.

Although, the racehorse itself has been mentioned, one should also highlight the importance of the paddock. A runner’s physical wellbeing, fitness and temperament can be assessed by watching them parading in the paddock before a race. If a horse is sweating or appears agitated, this is generally a bad sign. Yet, a horse who handles the preliminaries well will give itself a better chance of performing to the best of its ability. It does seem a little overwhelming with the variety of factors needed to be considered when selecting your race day winner. Horse race betting is certainly not easy, however a punter who is wise to all of the factors explained will have a greater chance of picking a winner the those who don’t.

Discover the hospitality packages we have on offer for the greatest flat race in the world, the Investec Derby Festival...