2021… the year that we celebrate a century and a half of England Rugby! With countless achievements (albeit, with some disappointments), unforgettable memories, signings and agreements, England Rugby has been on a truly iconic journey. It’s no surprise that the Red and Whites are so loved and admired by rugby fans all over the world.

Without further ado, we delve deep into the history of England Rugby and look back on some of its greatest moments…

1871: the year it all began. A rugby frenzy started spreading across the UK when former public-school pupils took the game to universities and jobs in the capital. Here, the Rugby Football Union (RFU) was born.

England’s first international match, in March 1871, was against Scotland, played in front of 4,000 people at Edinburgh’s Raeburn Place. Although the home side claimed victory, it was the first international rugby union match. Don’t worry England fans – England Rugby defeated Scotland in the subsequent match in February 1872, played on home turf at The Oval. 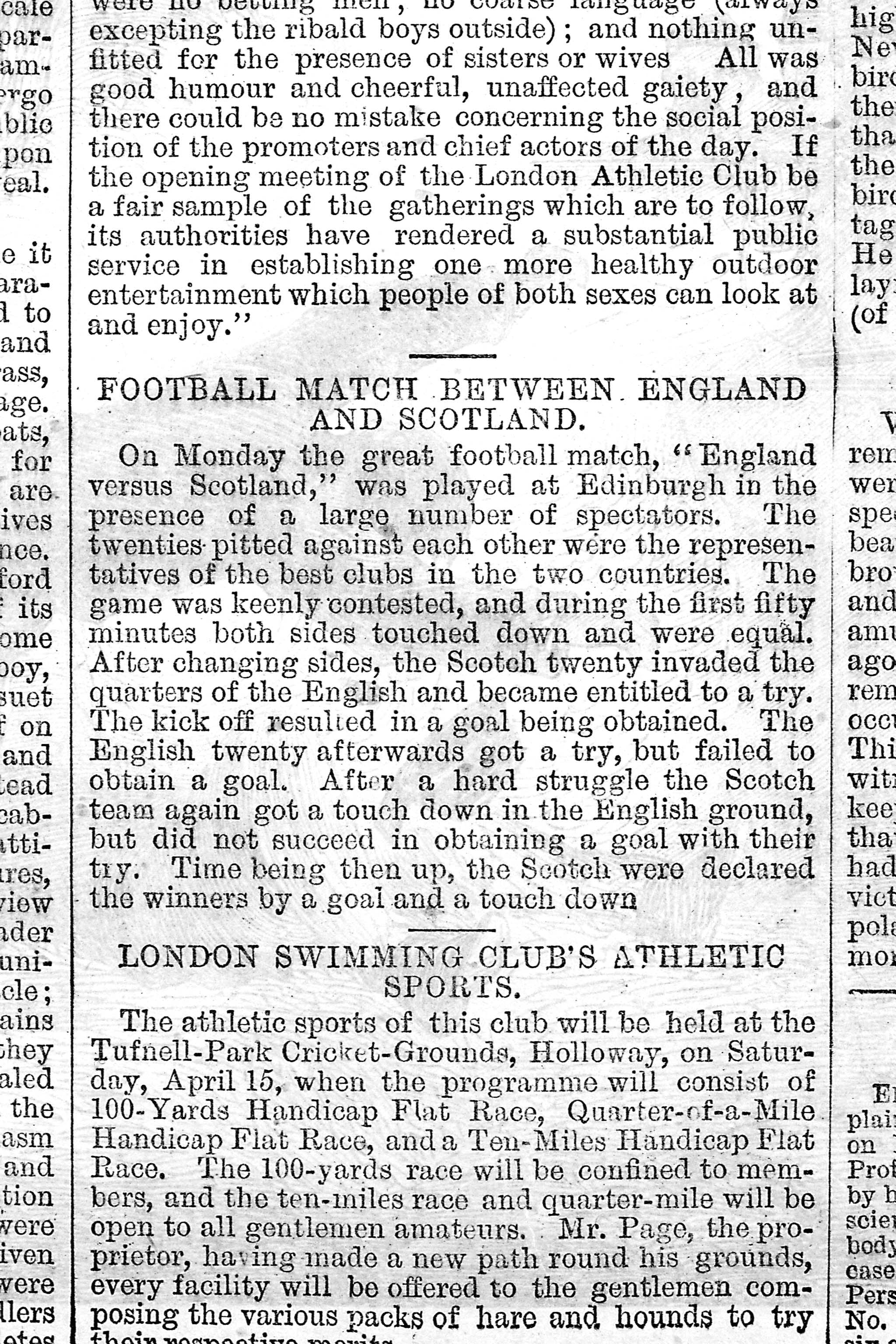 1871: A newspaper article (above left) and the first England rugby squad (above right)

1875-1909: England had now played the likes of Ireland (1875) Wales (1881), New Zealand (1905), France and South Africa (both 1906). Furthermore, the RFU reduced international rugby from 20-a-side to 15-a-side in 1877. However, perhaps 1909 was one of the most iconic years for England Rugby. It was the year that the RFU’s new home, Twickenham Stadium, was opened, heralding the golden era for England Rugby. It today remains as the world’s largest stadium dedicated to rugby.

1910: 20,000 spectators watched England’s first international at Twickenham, where they played, and defeated, Wales. The victory contributed to England winning the Five Nations Championship for the first time since 1892.

1914-1918: the wartime years was a terrible time for all, including the England Rugby team, who saw players making the ultimate sacrifice for their country. The team consisted of fifteen players in the 1914 Five Nations; of those who travelled to face France in the final match, seven squad members never returned.

The amateur status of clubs and players allowed the RFU to call an immediate halt to all fixtures in 1914. Twickenham Stadium managed to escape the dreaded ruin and destruction.

In 1915, the War Office produced a recruitment poster, which encouraged other sports to follow rugby’s ‘glorious example’.

1939-1945: Britain was once again devastated by war, and many more exceptional players lost their lives. This included England’s “The Prince of Pace” Obolensky, formerly Prince Alexander Obolensky, who scored two of the best tries rugby has ever seen.

1969: fast forward a couple of decades and England’s first head coach, Don White, was appointed. White claimed an 11-8 victory over South Africa for his first match in charge. Bob Taylor, former Northampton player, stated “Don was the most forward-thinking coach in England”. However, he resigned just two years later.

1971: The RFU celebrates its centenary in magnificent style, with over 3,000 from across the world attending a congress at Cambridge University.

1970-1980: this was a hugely successful decade for the England national squad. With victories, over South Africa (1972), New Zealand (1973) and Australia (1973 and 1976) and claiming a Grand Slam victory in the Five Nations (1980), England Rugby were a team boasting brilliance, confidence and craving the taste of victory.

1984: the creation and growth of the women’s game begins. Women’s rugby became one of England’s fastest growing sports after a group of women met to discuss forming a Women’s Rugby Union Association in February. Today, England’s Senior International Women’s Team, also called the Red Roses, are ranked first in the world and have won the Women’s Rugby World Cup twice - in 1994 and 2014. 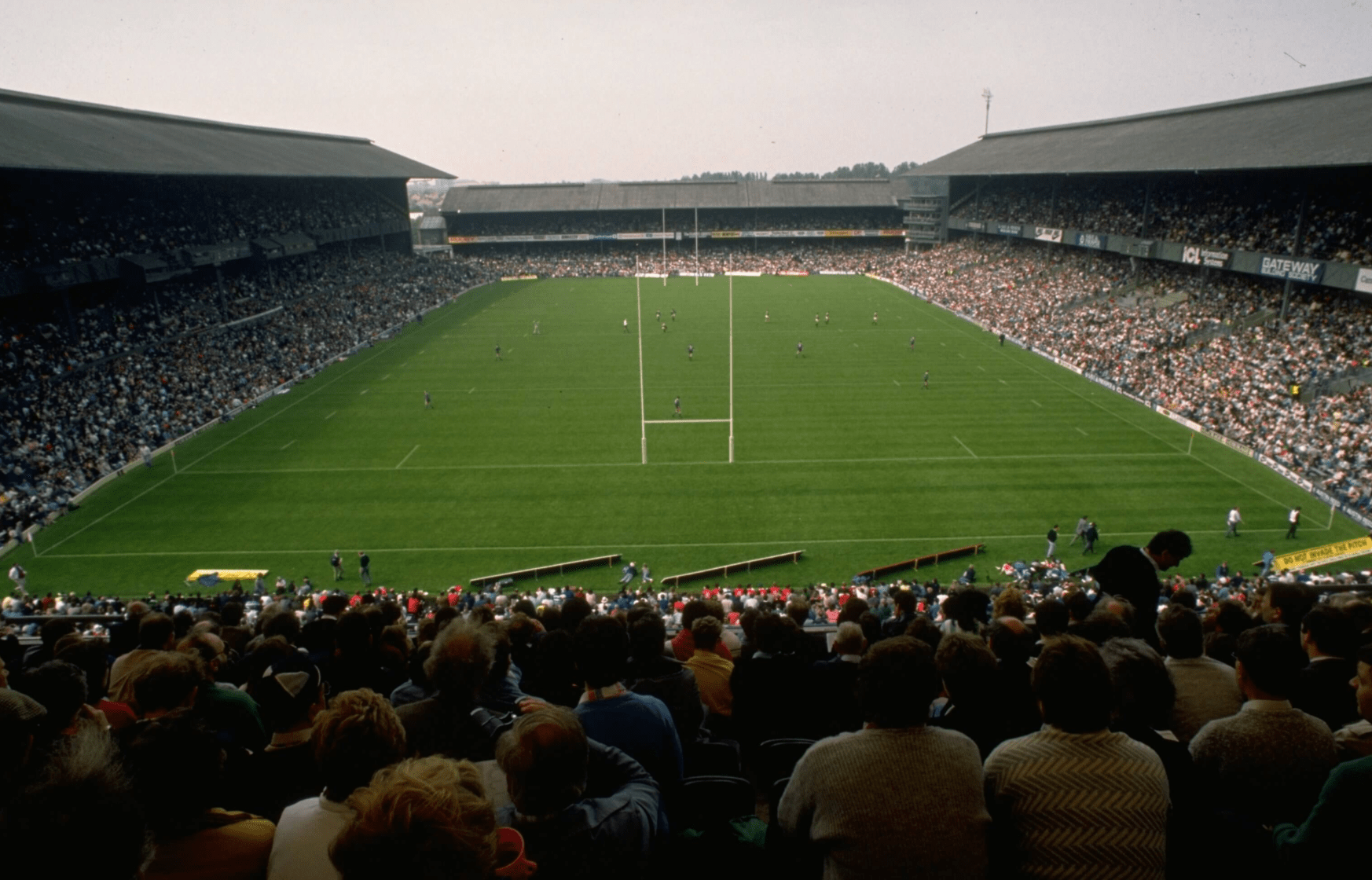 1988: the year that tradition was set in stone. England face Ireland in the last match of the season, however, are down 3-0 at half time. All was not lost for England; legend Chris Oti claimed a hat-trick in the second half, with three additional tries, to give England the win, 35-3. In response, an elated crowd sing ‘swing low, sweet chariot’, a tradition adopted from the Benedictine School. The tradition remains strong today and is a song you’ll hear sung at England home games.

1997-2001: England win their 20th Triple Crown (1997), whilst commencing the new millennium by winning the inaugural Six Nations Championship(2000). They successfully defended the title the following year.

2003: Whilst France claimed Six Nations victory in 2002, 2003 would be the year that England won the Grand Slam for the first time since 1995. Going into the 2003 World Cup as a tournament favourite, England faced tournament host Australia in the final. The game went into extra time with the score tied at 14-14; after one penalty apiece, a tournament-winning drop goal by fly-half Jonny Wilkinson brought the final score to 20-17. Not only were the Red and Whites world champions for the first time, but the game has become one of the most defining and iconic moments in England Rugby history. It was also England’s first World Cup victory since the nation’s football team won the 1966 FIFA World Cup.

To celebrate this tremendous moment, the team were greeted by 750,000 supporters on a victory parade through London, before meeting HRH Queen Elizabeth II at Buckingham Palace. 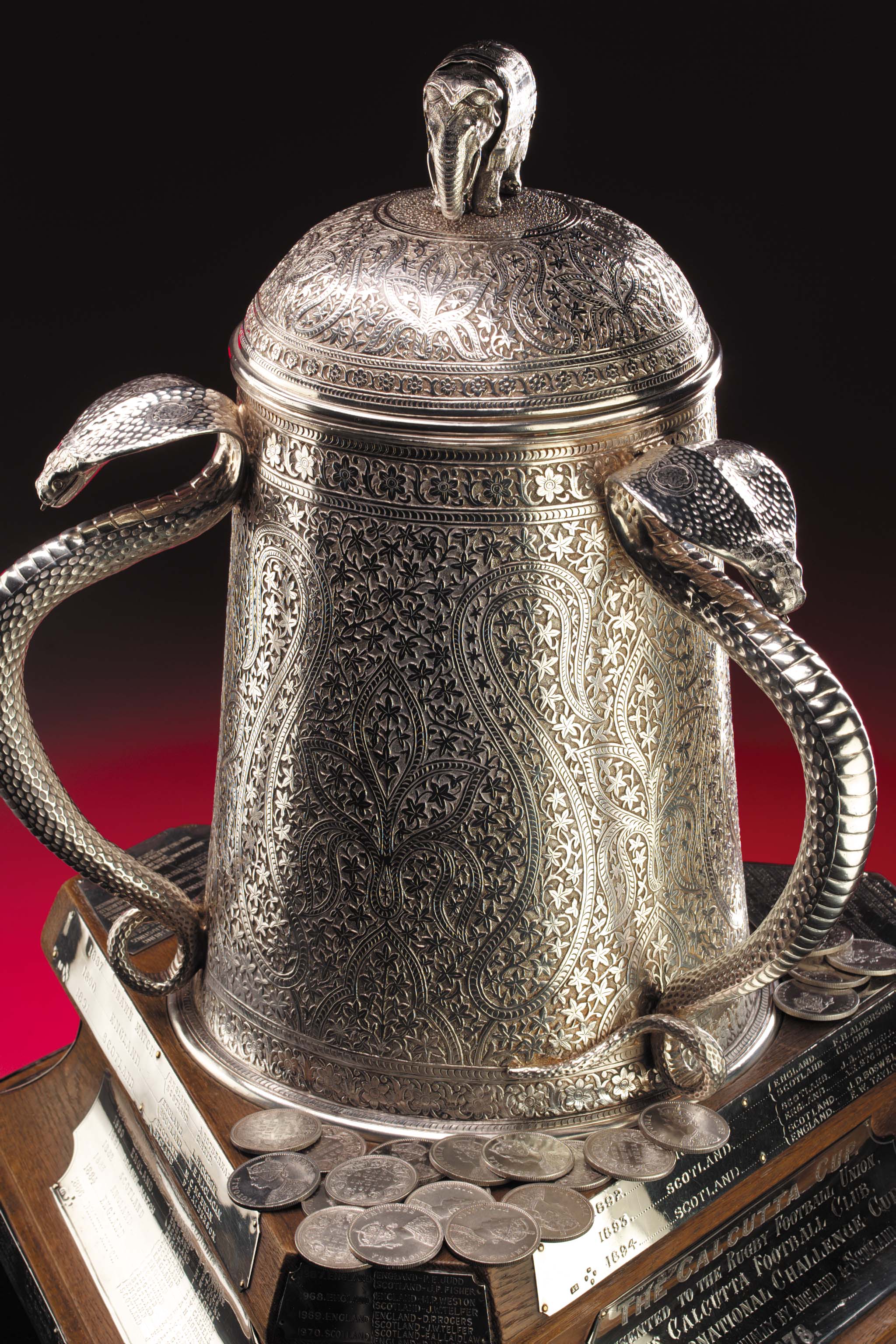 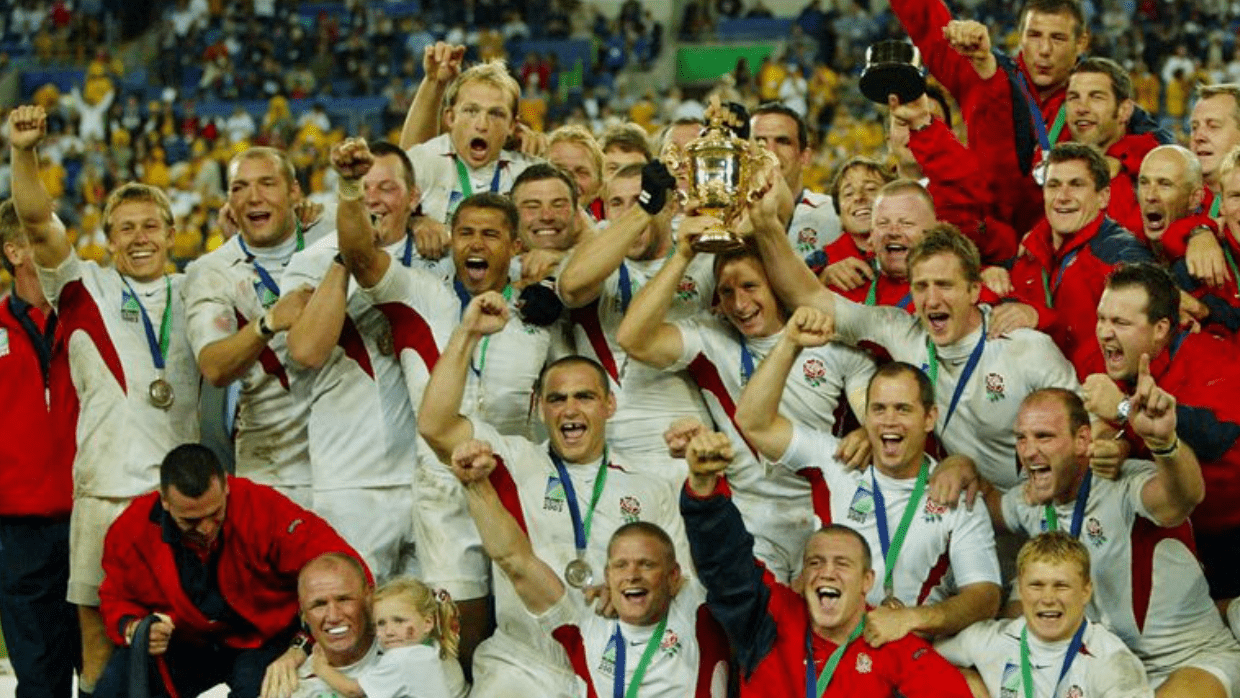 2004-2015: although this period featured a handful of defeats, there were also some honourable moments. England were able to defend the Calcutta Cup several times, as well as beating 2012 World Cup holders New Zealand 38-21 in the Autumn Internationals at Twickenham. England completely dominated the All Blacks, who had been unbeaten in 20 matches. You could say that they redeemed themselves!

2016-2017: a truly spectacular couple of years for newly appointed head coach Eddie Jones. England won the Grand Slam in the 2016 Six Nations, whilst going on to remain unbeaten for the entire year. England equalled the world record of 18 consecutive test wins, including a whitewash victory over Scotland to secure the 2017 Six Nations, with an impressive score of 61-21.

2020: a certainly frustrating and chaotic year for all sport due to the adverse effects of COVID-19. However, after much uncertainty and postponement, England claimed the 2020 Six Nations – it took them all of eight months to do so! Jones’ side beat Italy 34-5 in their final game but had to wait until the outcome of France’s clash with Ireland before beginning celebrations.

With a victory for Les Bleus, England bagged the 2020 Six Nations. Despite a tough year, and limited spectators for the majority of matches, England also went on to win the Autumn Nations Cup with a 22-19 victory over France, after a 92nd minute penalty from Owen Farrell. England certainly gave the nation something to cheer about, perhaps a first for 2020!

Without doubt, this is a remarkable history for a remarkable team, with many milestones and a plethora of iconic and talented players.