Let’s ask you this: who comes to mind when we say the word ‘tennis’? We don’t doubt that a high percentage of you readers would most likely say one of these three names – Novak Djokovic, Roger Federer and Rafael Nadal. Three tennis legends that have unified to elevate both the sport and one another over the past 20 years.

None of the Big Three are ready to wave farewell to their tennis careers just yet. We are supposedly witnessing the greatest era of tennis in history; despite the large pool of talented youngsters trying to take dominance, these legends are just not moving. Perhaps this is a testament to their desire that has seen them claim 58 of the last 70 Grand Slam titles collectively.

Yes, the climb to the top of the tennis mountain is seriously tough. But whilst everyone is looking up, it is these three that are looking down and continue to reign superior.

Read on to discover how and why this tremendous trio have dominated, and continue to dominate, the world of tennis, whilst answering the wider question: Which player is the greatest of all time? 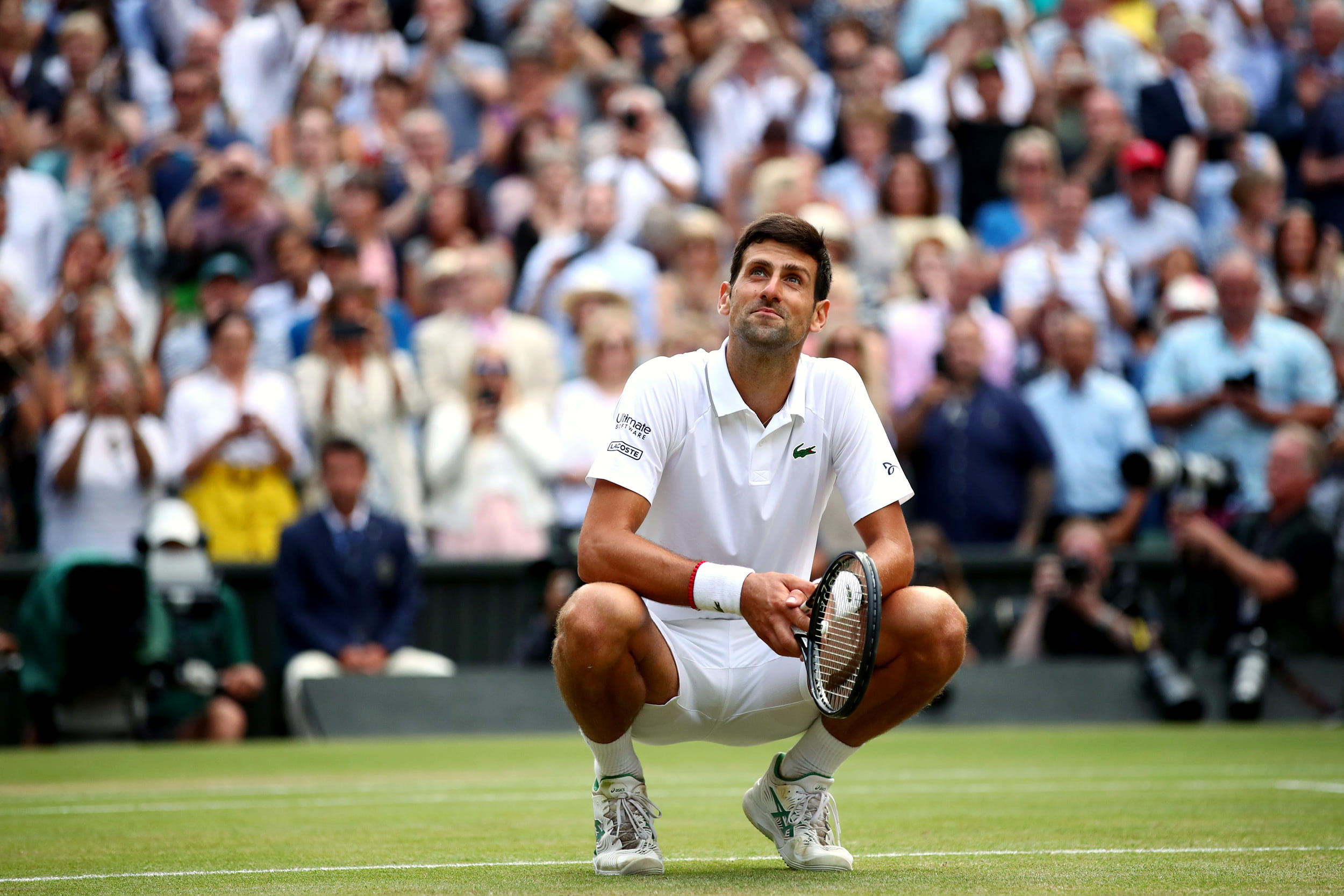 Three hundred and eighteen weeks. That’s roughly six years, a round trip to Saturn or building half the Colosseum – or the amount of time that Novak Djokovic has spent as ATP’s World No. 1. This impressive number is also the most in tennis history, after surpassing the previous 311-week record set by Roger Federer.

A majority of the great tennis champions retired around the age of 30, such as Robin Soderling and Pete Sampras who both retired at the tender age of 31. If Djokovic were to have retired at the same age, his Grand Slam title total would have peaked at 14. However, with advancements in technology, greater prize money and better training routines have helped the likes of Djokovic, who turns 34 next month, to stay at their peak for a greater length of time.

Djokovic first entered the ATP top 100 rankings at just 18 and won his first ATP event in July 2006. A year later, he was able to advance to the semi-finals of both the French Open and The Championships, Wimbledon, before claiming second place in the US Open. 2008 saw his ferocious play continue, claiming the first Grand Slam tournament title of the year at the Australian Open. Djokovic set history here, in becoming the first Serbian man to win one of tennis’ four most prestigious singles tournaments.

Despite plateauing for a few years, the Serb made a stellar comeback in 2011.  Not only did he claim is second Australian Open title, but he also rose to World No. 1 through defeating Rafael Nadal at the Wimbledon and US Open finals to claim his second and third Grand Slam titles of the year.

Djokovic boasts the third most Grand Slam titles in the Open Era behind his ‘Big Three teammates’, with 18 wins, including winning the all-time record of nine Australian Open men’s singles titles. He also currently defends the Wimbledon title, in epic fashion too, after defeating Federer in a four-hour 57-minute frenzy that remains the longest in history.

If you weren’t impressed already, Djokovic has won a total of 82 ATP singles titles and is the only male player to have won all nine of the ATP Tour Masters 1000 tournaments – he has done so twice! Novak? More like a supernova(k)… 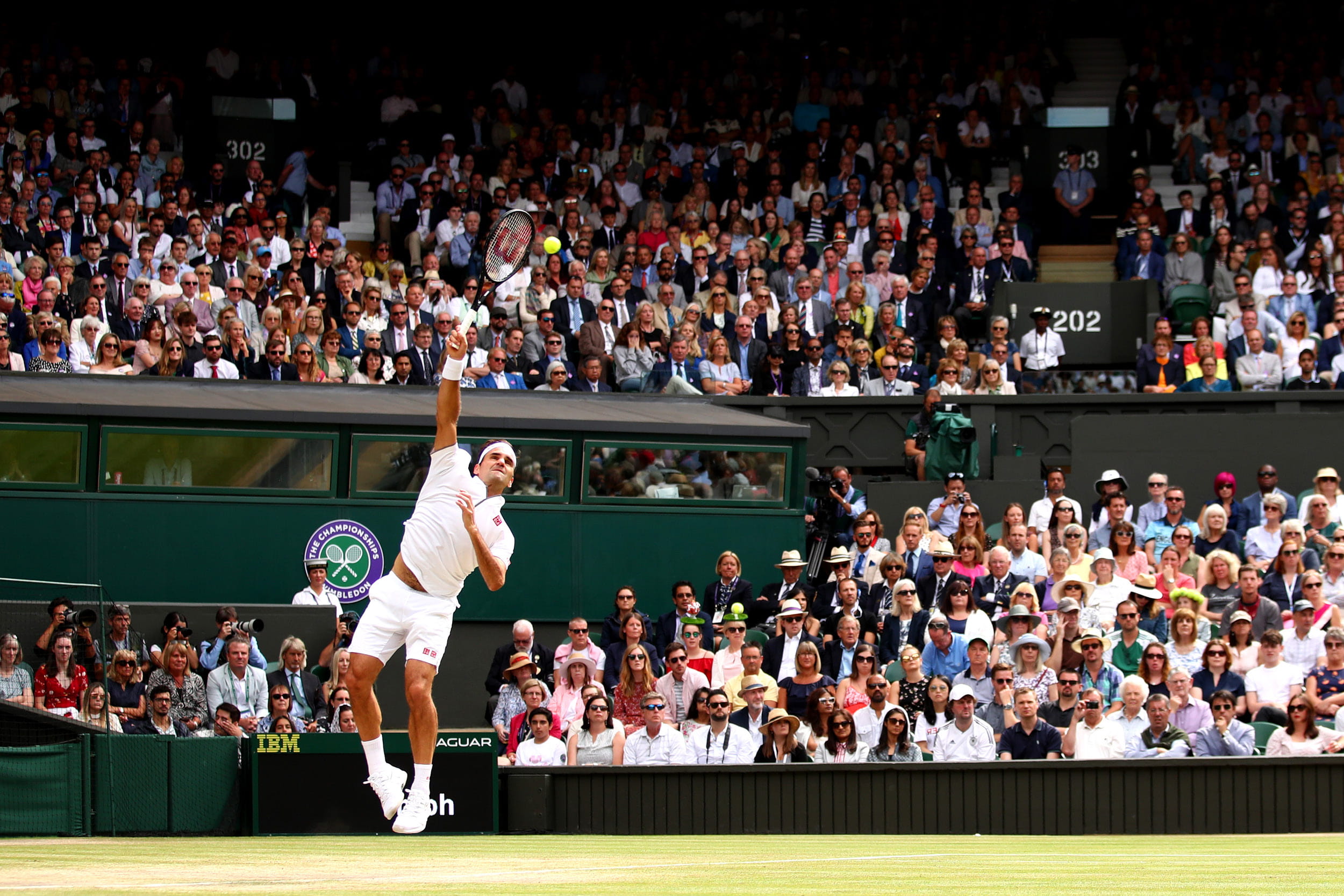 Now this is a player who stands by desire and dominance. The Swiss player revolutionised the sport in the early 21st century with his exceptional all-round game and determination.

At just 22 years of age, Federer was ranked number six in the world, after reaching the 2002 Wimbledon quarter-finals. A year later, he returned to the famous London club and won it. He significantly increased his winnings in 2004, where he had claimed victory in 11 out of 17 tournaments, including his first Australian and US Open titles and defending his Wimbledon crown.

Federer was becoming fast becoming a tennis icon and a reason to consistently rewrite the tennis records books. In 2006 alone, he competed in 17 tournaments, capturing 12 titles and reaching the finals in all but one tournament. A year later, his Grand Slam titles reached double digits after lifting the Australian Open trophy. Despite the inability to claim his First

Despite Rafael Nadal denying Federer of his first French Open in 2007, he soon put him in his place after winning a stunning five-set Wimbledon final, where he became only the second male in over 100 years to capture five consecutive Wimbledon titles.

A decade later, and Federer’s illustrious career helped him in becoming Wimbledon’s most successful Gentlemen’s singles player of all time after winning his eight title on Centre Court – without losing a single set. To date, he has amassed 103 ATP singles titles, including 20 Grand Slams and 28 ATP Masters 1000’s. Let’s not forget his Olympic gold in doubles (Beijing, 2008) and Olympic silver in singles (London, 2012) either!

Roger Federer will turn 40 this summer and he is certainly a player that is in pursuit of greatness. However, his epic yet commemorating loss to Djokovic in the 2019 Wimbledon finals and several knee injuries since has put him in the backseat. Will the Swiss stay for a little longer and add to his 20 titles before retirement? 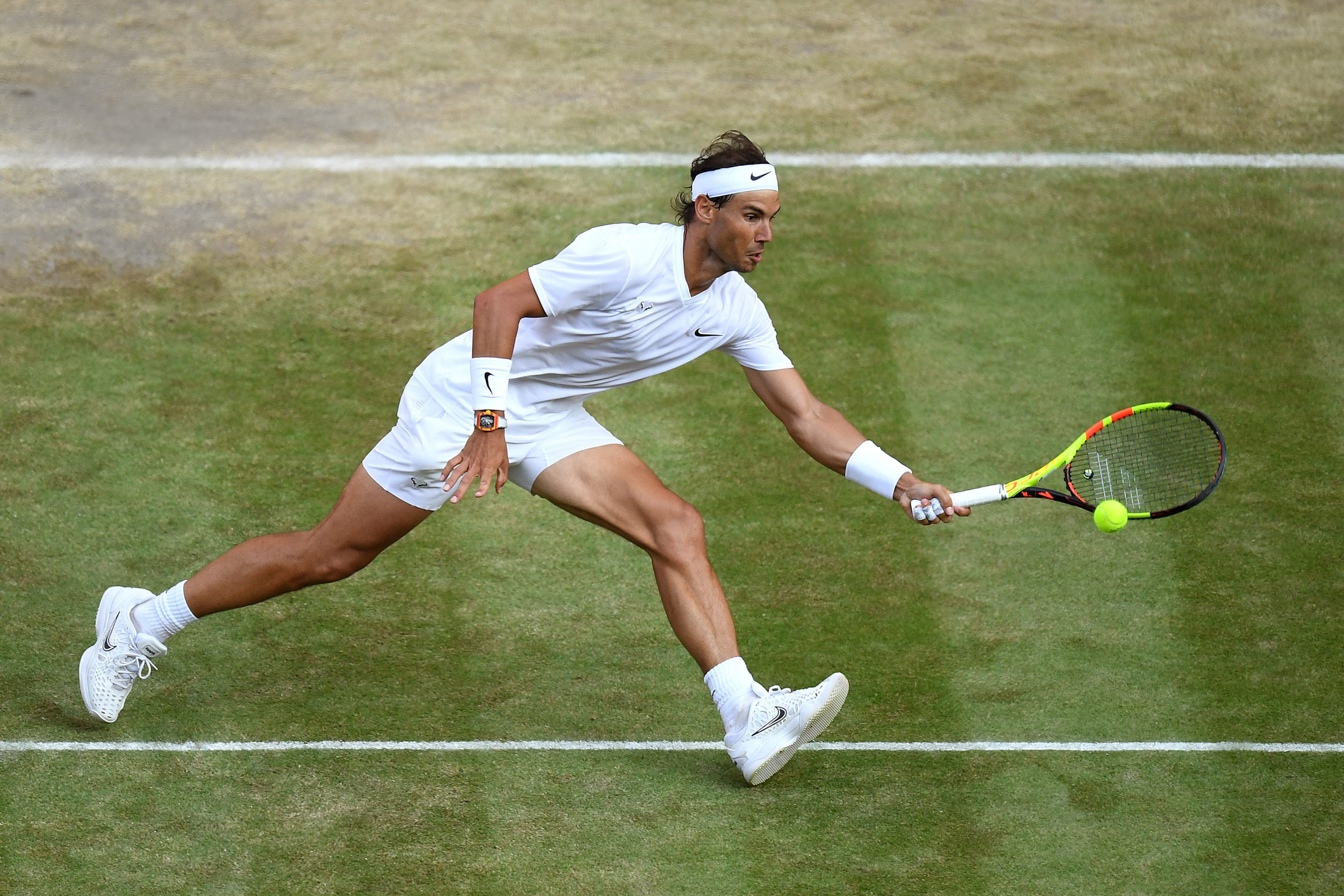 Last, but certainly not least, we arrive at the feet of Spanish tennis legend and current World No.3, Rafael Nadal. Known for a fierce forehand driven by a devastatingly ferocious topspin, Nadal was quick off the mark in breaking into the World top 50, at just 16 years old.

In 2005, Nadal had perhaps developed a strong rivalry with Roger Federer, the World No. 1 at the time. After knocking Federer out of Roland Garros in the semi-finals, he went on to triumph and bag his first win – all at his French Open debut. The next year saw Nadal secure five further ATP titles, including his second straight French Open victory – this time, beating Federer in the final. However, Federer took his revenge and denied Nadal of his first Wimbledon win that same year.

2007 saw the Spaniard extend his clay surface victories to an impressive, and consecutive, figure of 81. However, we must not forget Nadal’s maiden grass-court ATP Tour title. The Spaniard defeated Djokovic for the 2008 Queen’s Club title for the cinch Championships, cruising past the Serb with three straight game victories.

Nadal quickly set his sights on going one step further at Wimbledon, which birthed the true Federer-Nadal showdown. Despite Federer beating the Spaniard in 2006 and 2007, Nadal overpowered the Swiss in the 2008 French Open finals, which cranked up the pressure for Wimbledon.

And then it happened. Three weeks after Nadal’s Queen’s Club victory, one of the greatest Wimbledon matches of all time took place. Nadal dethroned Federer, the five-time defending Wimbledon champion, 6-4, 6-4, 6-7(5), 6-7(8), 9-7 after nearly five hours of play. Nadal had won his first Wimbledon title and become the first player to complete the Queen’s Club-Wimbledon double since Lleyton Hewitt in 2002. Nadal’s golden summer continued where he casually picked up the men’s single gold medal at the Olympic Games in Beijing and took over the number world ranking from Federer in the same month.

As of April 2021, Nadal has ranked in the ATP Top 10 for 813 consecutive weeks since April 2005, whilst also tying with Federer for the most Grand Slam titles of all time (20). Nadal is also renowned for his mass of wins on different surfaces; he is the greatest of all time on clay with 60 of his 86 titles won this way. Earning over 1,000 career wins, Olympic gold medals in singles (Beijing, 2008) and doubles (Rio, 2016), as well as being the second man ever to complete a career Grand Slam after Andre Agassi, the 34-year old continues to earn his Big Three status.

So, the question is, who do you think is the best of the Big Three?