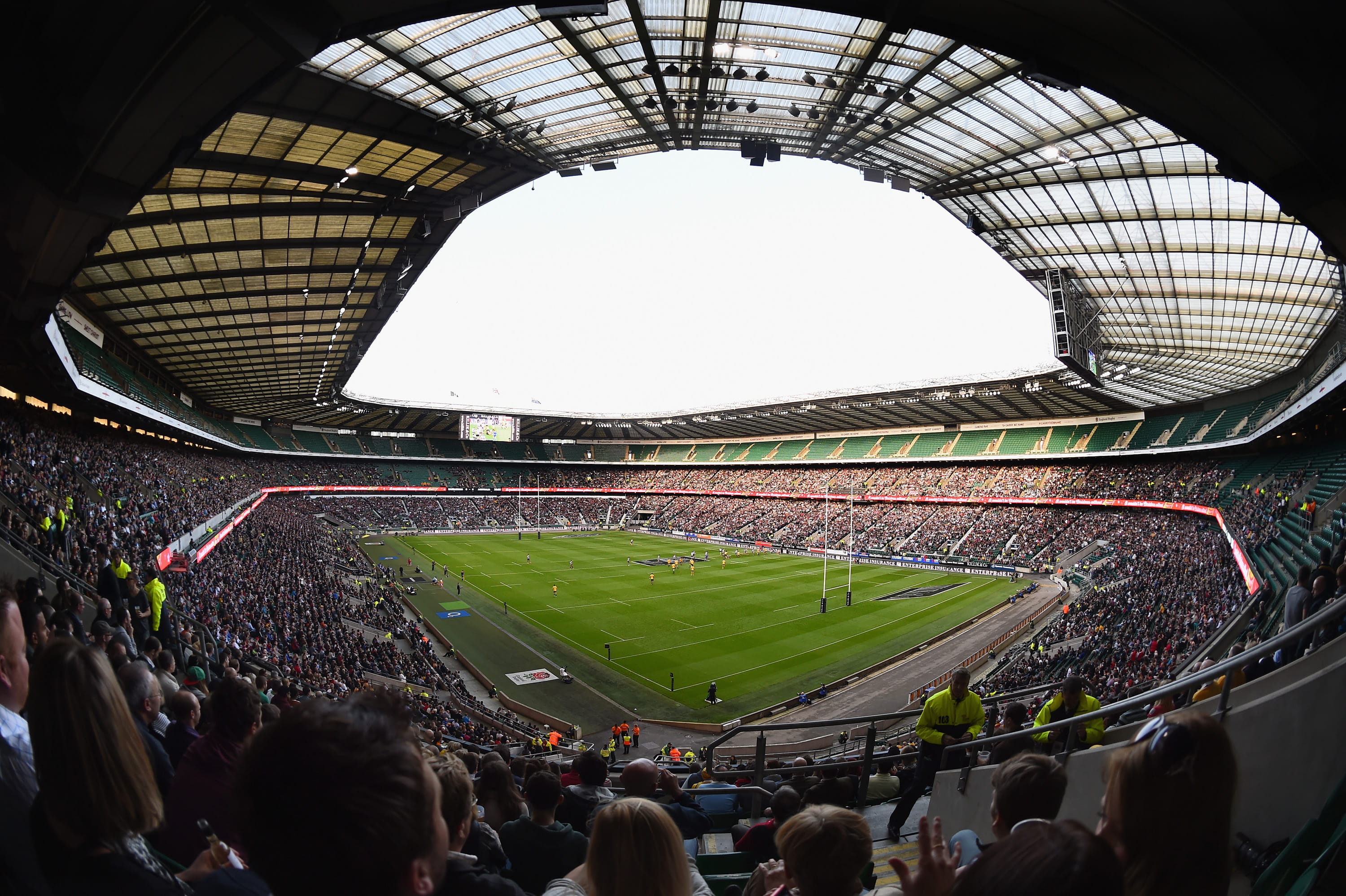 Rugby…in the United States…aka the home of baseball and american football…really? Yes! In fact, rugby union is the fastest growing sport in the nation, with over 2,600 rugby union clubs across the country, including college rugby teams. And they are heading to the home of England rugby, Twickenham Stadium, this year. So, let’s delve deeper into the rugby in USA realm - here’s a little bit more about rugby across the pond…

As Sir Winston Churchill once said, “rugby is a hooligans game played by gentlemen”. The U.S. wanted to get in on the rugby action as soon as possible. Whilst rugby made its first appearance in 1823, it didn’t actually take long for it to gain popularity across the Atlantic; it first appeared in mid 19th century and took off towards the end of the century. The US actually went on to win the gold medal in both the 1920 and 1924 Olympics for rugby against France in the final. However, it went into decline until its supposed renaissance in the 1970s. In 1975, USA Rugby formed, and rugby was re-birthed; the national team played Australia for their first match in over 50 years, in front of a crowd of 8,000 spectators in California. Despite a defeat, it was a revival that was highly anticipated. 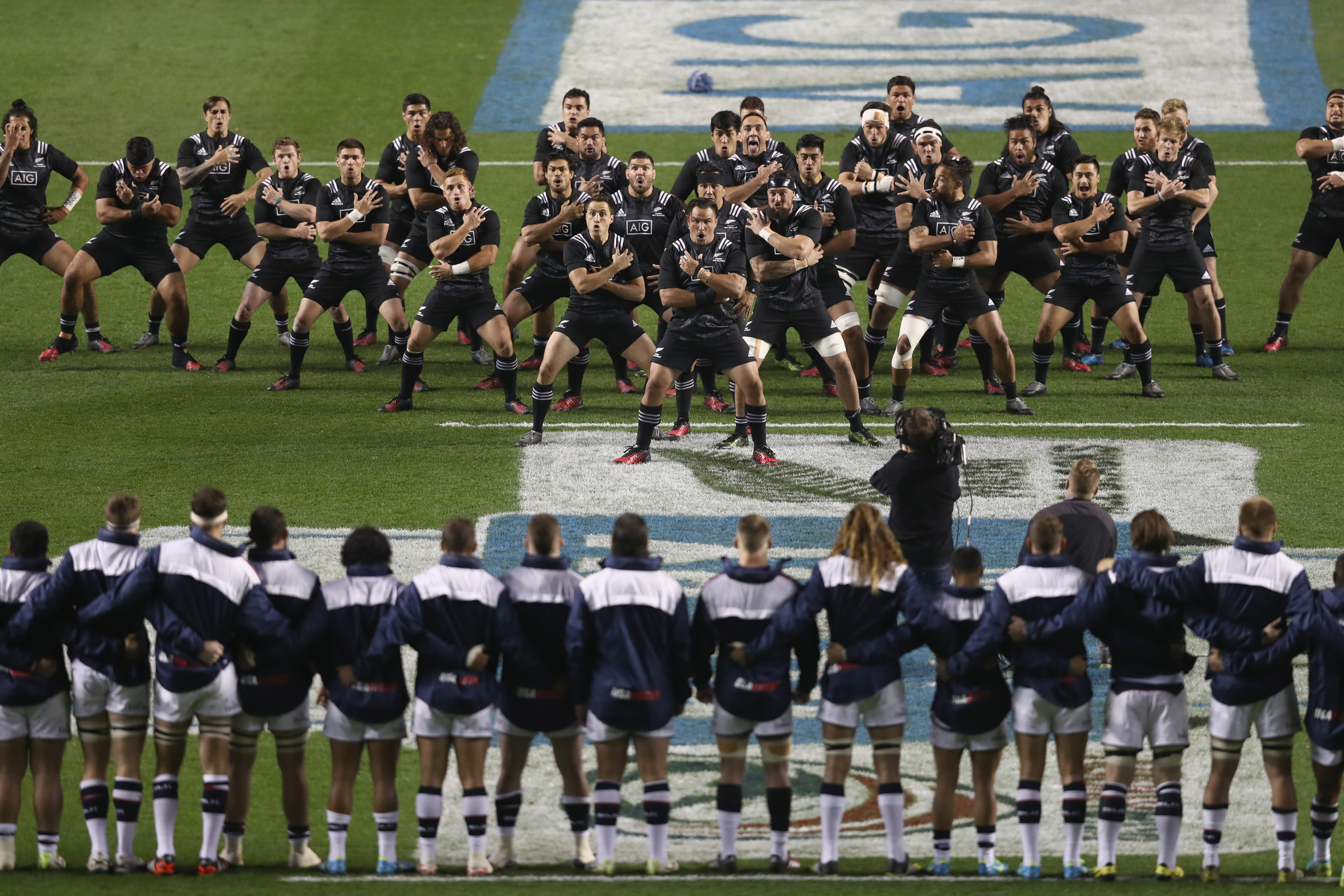 The men’s national team are known as The Eagles and, whilst currently positioned as a tier-two nation in the sport, stand as one of World Rugby’s key development markets. They haven’t had a bad run either, despite their tier two status! In the 2011 World Cup, for example, they beat Russia 13-6, whilst suffering a very narrow loss to tier-one nation Ireland, at 22-10.

Now, nearly 100,000 people are registered as members of USA Rugby, and, with over 20,000 women registered, the USA boast more female rugby players than any other country in the world. Additionally, a 2014 survey reported that rugby was the fastest growing team sport in the US for the five years prior, whilst participation in the US has grown by a whopping 350% between 2004 and 2011.

Fast forward another decade, and rugby union had already returned to the 2016 Olympics for the USA. Spectator numbers are soaring too; for example, the 2018 World Cup Sevens saw over a whopping 100,000 fans trek to San Francisco’s AT&T Park throughout the tournament. Now, the U.S.’s hugely attractive and vast commercial market, its heavy sponsorship from blue-chip companies and mass of stadiums across the country make it a hot contestant for hosting the 2027 Rugby World Cup.

Let’s just remind you that, whilst still gaining popularity, the USA have produced some excellent talent that even the English rugby league has witnessed. Here’s a few of our favourites to grace the pitch: 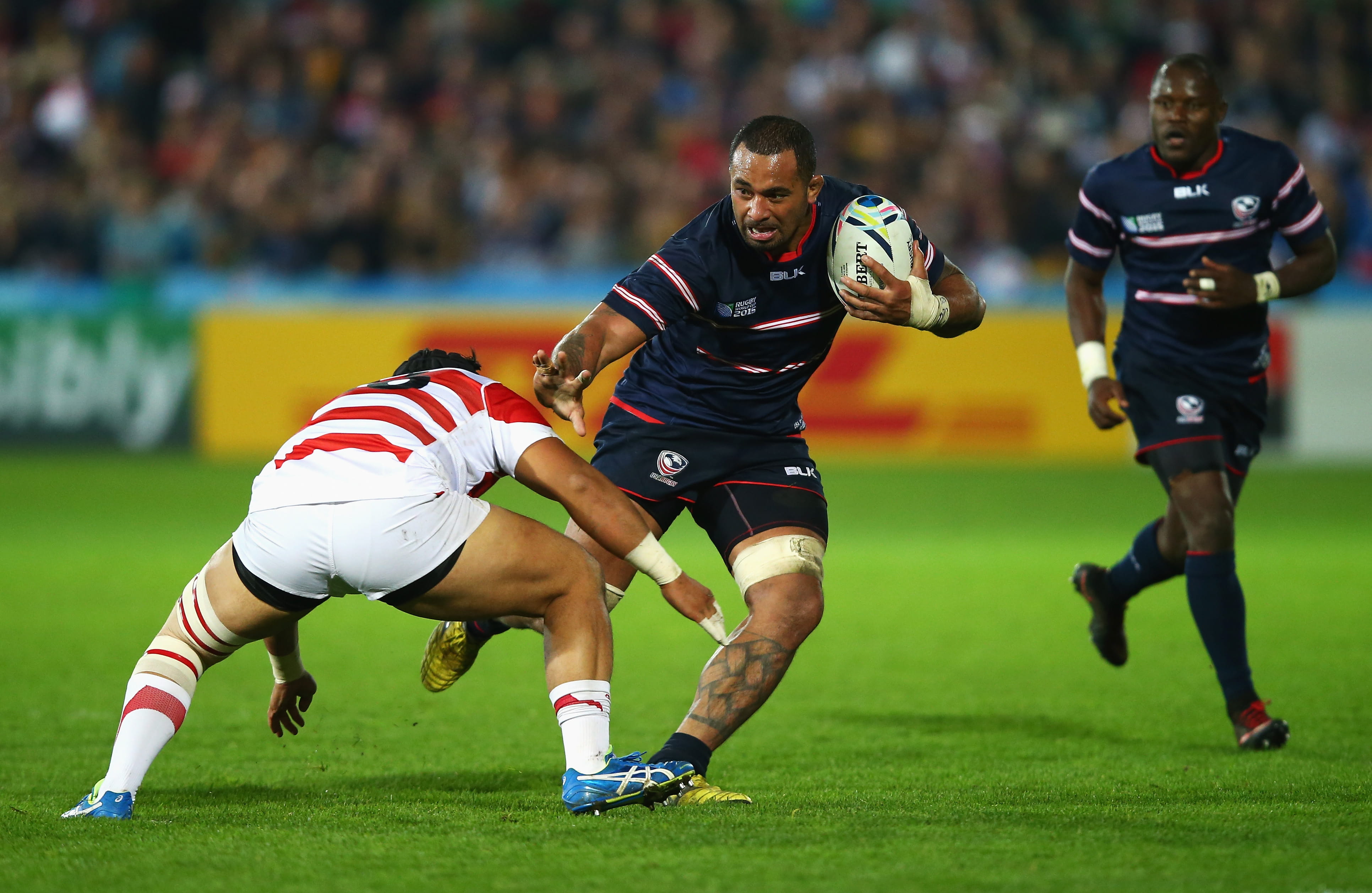 Samu Manoa: Manoa was first signed to play in English Premiership rugby back in 2011, where he played for Nottingham Saints. The Californian impressed both fans and coaches with his quick pace and awesome ball skills. He worked himself up to Northampton’s starting rotation after a series of powerful performances in the early rounds of the Premiership, including being awarded man of the match against Harlequins and Castres in the same season. After being named ESPN’s “Dream Team” for the 2011-12 season, he signed a three-year extension with Saints. He went on to win the Aviva Premiership Player of the Month in December 2014, was voted Saints’ Supporters Player of the Season twice and won Saints’ Player of the Year 2012-13. At 6”6, he was big and scary – but being light on his feet meant than no one played quite like him.

Dan Lyle: the former US rugby captain was inducted into the US Rugby Hall of Fame in 2016 – and it’s easy to see why. Through his national team career, he earned 45 caps for his country, as well as playing the role as captain in 24 of those matches. In his time as captain, he led the USA to 11 victories – the most wins by a US captain at the time. At 26, he joined Bath for the 1996/97 season, playing a total of 125 matches in seven seasons, and helped Bath lift the Heineken Cup title in 1998 over Brive, with a nail-biting score of 19-18. Lyle is said to have revolutionised the No.8 position; his previous experience of college basketball and football paved the way for him to become the best open-field runner in the game. He certainly paved the way for American rugby – his contributions to their 1998 European Championship victory proves just that.

Chris Wyles: At just 21, Wyles made his professional rugby debut at Nottingham RFC in 2004. Two years and 40 appearances later, he moved to Northampton Saints. Whilst he achieved only 9 caps here, Wyles caught the eye of the USA Eagles coaches, thus explaining his involvements in the IRB Seven World Series and 2007 Rugby World Cup. His impressive performances caught the eye of Eddies Jones, who was then on the Springboks’ coaching team – Jones brought Wyles to Saracen upon becoming its Director of Rugby in 2008. He made a whopping 254 appearances for Saracens and was an absolute genius as an all-rounder, scoring 74 tries for the club. In the 2017/18 season, Wyles helped Saracens secure their fourth Premiership title in eight years, with two fantastic tries scored against Exeter in the final at Twickenham Stadium. His Olympic goal was achieved by playing for the USA National Sevens Team in Rio, 2016. A true icon in both American and English rugby. 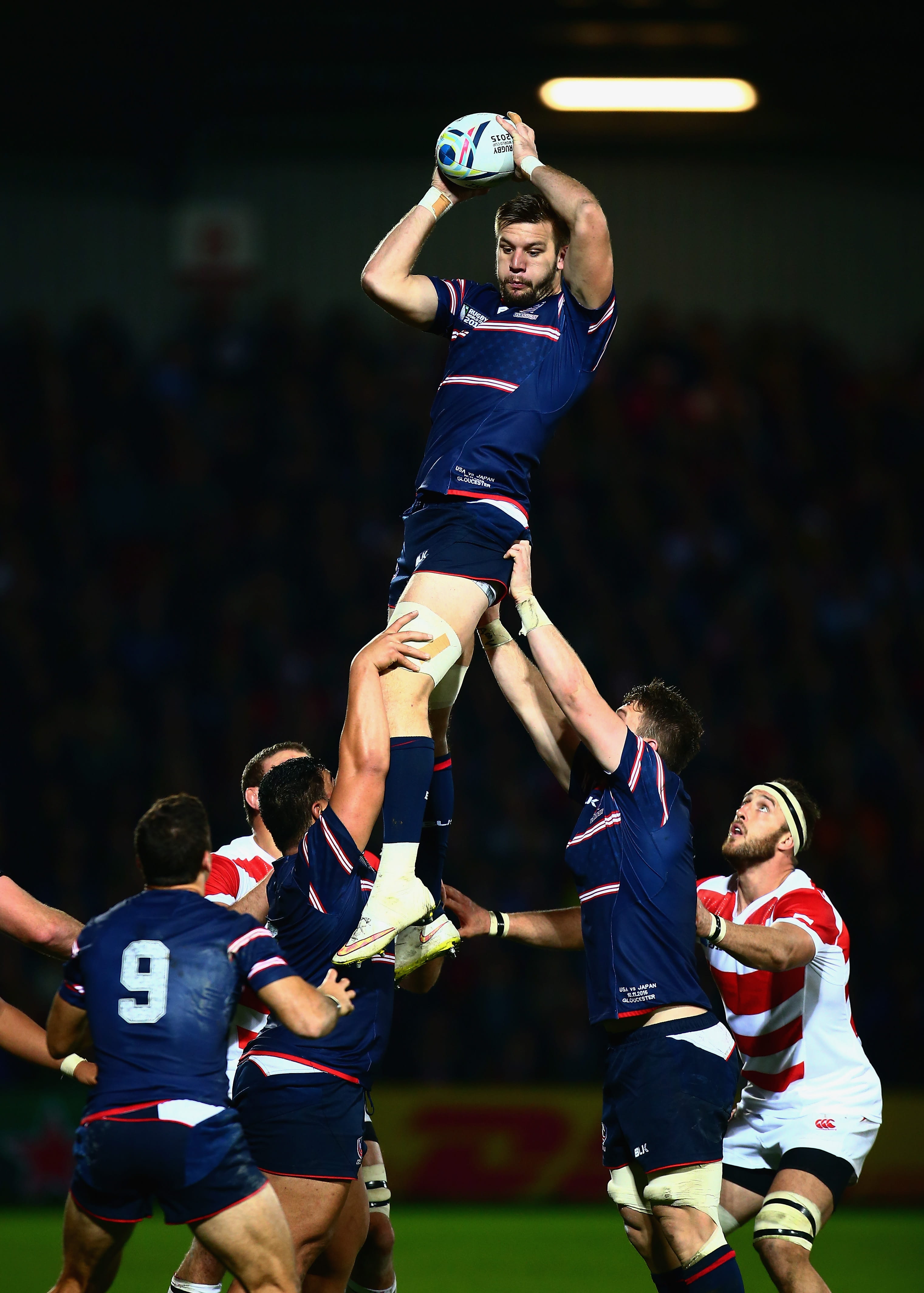 America still boasts a wealth of rugby talent, in both American domestic rugby and the English Premiership. Take Harlequins’ Paul Lasike, who puts his american football fullback expertise into rugby, to show his ability as an impact player. Or AJ MacGinty, who, when not representing his national team, is a shining star for Sale Sharks, who has scored amassed a number of points for the club. How about Titi Lamositele? The 26-year-old has a natural athleticism that allows him to excel as a prop for French giants Montpellier, whilst also making a serious impact for Saracens between 2015 and 2020.

It’s evident that the American rugby stars are making moves across the globe – so why not come and see them in action at the home of England rugby? London’s iconic Twickenham Stadium is set to host America as part of the rugby summer series, so come and watch a spectacular display of rugby with world-class hospitality – find out more here.