The Vitality Blast is a T20 tournament played by the 18 county championship teams. The format consists of 2 groups of 9 split in a North/South divide, who play 14 games each. The top 4 teams from each group then play in the quarterfinals where the top 4 Northern teams play the top 4 Southern teams to see who goes through to the ever-popular Finals Day.

Finals Day is played at Edgbaston cricket ground and is where the 4 best teams across the country come together to play their respective semi-finals, followed by the all important final. Played across just the one day, Finals Day is a must attend event for any avid cricket fan - the day is filled with plenty of thrills, spills and fans in fancy dress of course.

So, with this year’s competition now done and dusted, we thought we’d look back at the players who stood out, memorable moments and most importantly who won!

2021 Finals Day was an all-southern affair between Sussex Sharks, Kent Spitfires, Somerset and the Hampshire Hawkes; the fans turned out in their thousands, many donning fancy dress in anticipation for the great day ahead. The first semi-final between Somerset and Hampshire was a nail bitter. The Hawkes set Somerset 151 to win through Joe Weatherley’s inspired 71. In reply, Somerset’s Tom Abell struck 50 and bowlers Craig Overton and Josh Davey saw them home with just two balls to spare.

The second semi-final saw Sussex Sharks play their neighbours Kent Spitfires. Kent set the Sharks 169 to win through some sensational batting by Daniel Bell-Drummond (82) and veteran of the game Darren Stevens (47 not out). Sussex fell 21 runs short after contributions from George Garton (41), Ravi Bopara (22) and Harrison Ward (21). 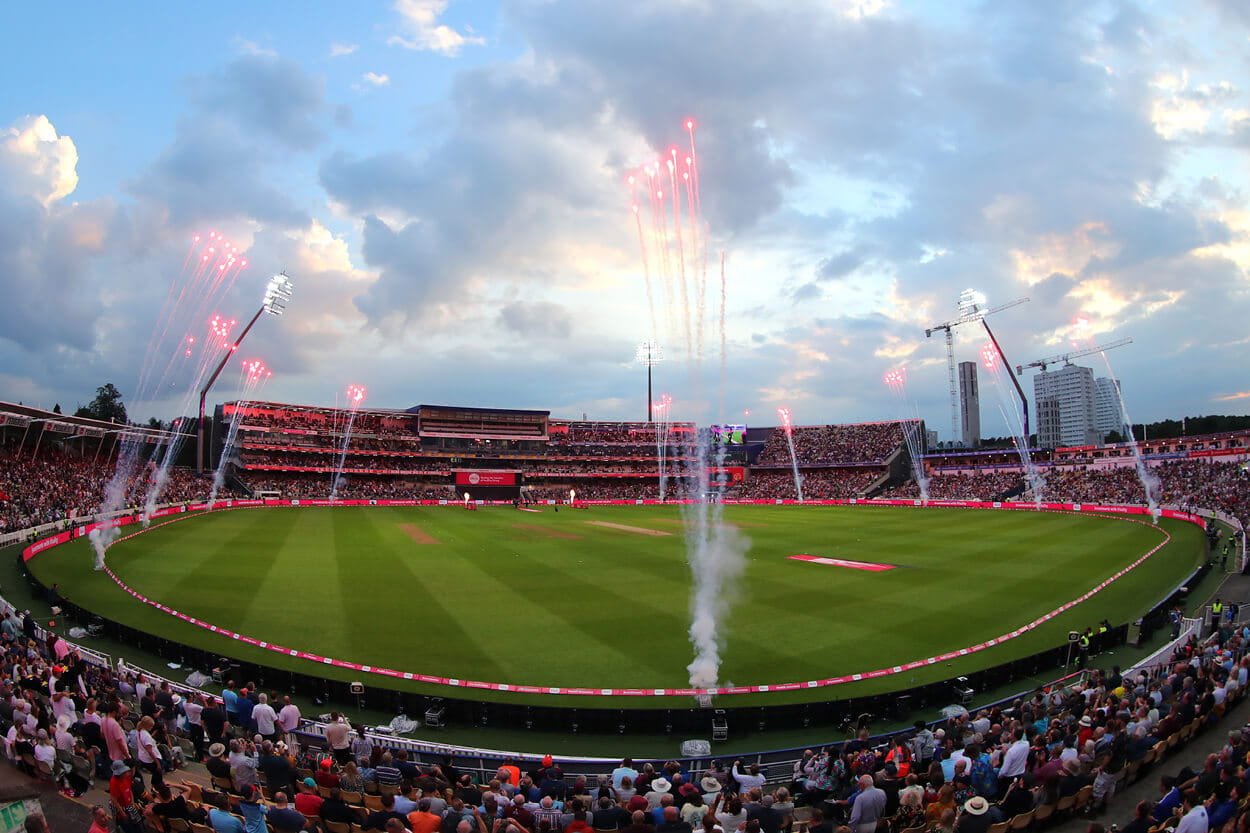 The sun began to fall and the Edgbaston lights were fired up; this meant one thing, the final was about to start. Drum roll please, and the winners are…

Kent Spitfires were crowned the champions for the second time in the tournament’s history in a fantastic final. Kent batted first and set Somerset a total of 168 to win, England international Zack Crawley struck 41 before young prospect and eventual man of the match Jordan Cox smashed 58* off just 28 balls. Somerset were then bowled out with 25 runs still required; young prospect Will Smeed (43) appeared to be cruising until fellow prospect Cox caught him trying to hit yet another boundary. Somerset were never really allowed to recover after a fantastic team bowling display by the Spitfires.

Jordan Cox was an easy choice for man of the match in the final, he propelled Kent to a target they found relatively easy to defend. Cox took his time in the early stages of his innings but proceeded to play some sensational shots in all directions around the ground. The young man’s involvement didn’t stop there as he took a great catch and played his part in an even better one. Cox ran 30 yards around the boundary before hurling himself over the boundary and whilst in mid-air he parried the ball back to his teammate to take the catch – just sensational.

England international Jonny Bairstow produced a remarkable performance against Worcestershire where he crushed 10 sixes and 7 fours in his knock of 112 off of just 51 balls. It’s clear to see why he’s England’s opening batsman in the one-day formats when he produces destructive performances like that!

The last memorable moment was when 16-year-old Archie Lenham of the Sussex Sharks, who had only made his debut just the week before, took 3 wickets for just 14 runs against Hampshire. The teenager’s performance was extraordinary and well beyond his years, he’s definitely one to watch out for in the future.

So, I don’t know about you but, here at Keith Prowse we’re already getting excited for the Vitality Blast 2022 to start. Finals Day 2022 has already gone on sale for next year, so if you don’t want to miss out, follow this link to book your place today.

We will also be going on sale for the Vitality Blast group matches at Edgbaston and The Kia Oval very soon – watch this space.

So, if you don’t want to miss out - ensure you’re following us on social media and subscribe to our newsletter here.