Cam Norrie’s year has been exciting and successful to say the least, and he has been on an upward spiral as the year has gone on. Having played in many tournaments this year, he has built up the consistency and ability to progress further and earn his place in the semi-final and finals of major tournaments, defeating strong players.

We’ve taken a look at his tennis career, from picking up a racket at the age of six to playing in world-class tournaments and becoming the British No.1.

Norrie was born in Johannesburg in 1995, to a Scottish father and Welsh mother. The family relocated to Auckland when he was three, where he first started playing tennis as a six-year-old with a repurposed squash racket on his front drive. After a love for the game was ignited, Cameron started to make his debut at international level at the age of 13. Wanting to take his tennis ability one step further, Norrie decided to compete on the ITF junior Circuit in Europe where there were more opportunities to test himself and progress. He has been representing Great Britain on an international level since 2013 and started to climb the rankings to reach a high of No.10.

A few years after moving to London, Norrie went to University in Texas where he continued to play and realised the need to develop as a player and a person, supported by the LTA.

After finishing university, Norrie turned professional during the grass court season of the 2017 ATP Tour. His first main draw debut in a Grand Slam at Wimbledon was made possible by receiving a wild card, but lost in straight sets to Jo-Wilfried Tsonga, who at the time was world No.10. 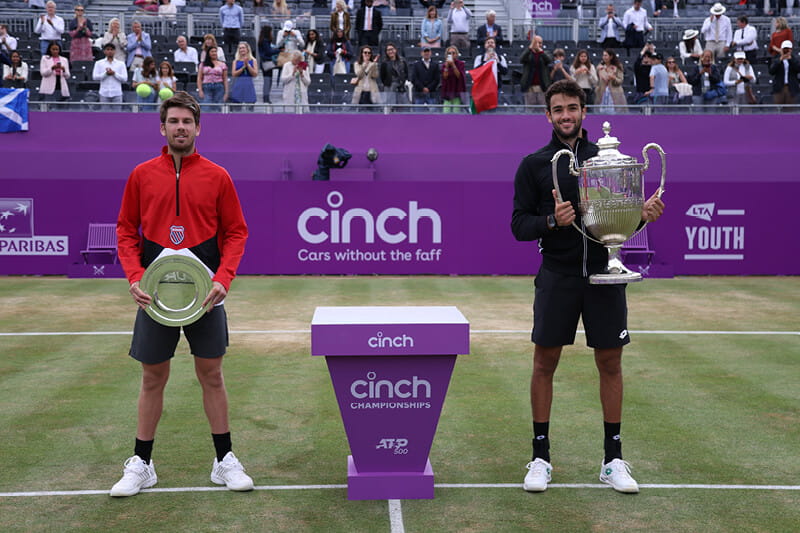 Norrie’s climb to the top

In 2018, Cam Norrie won his debut Davis Cup match in Spain, having only competed professionally for eight months. The following year, Norrie reached his first ATP final after receiving a wildcard to the main draw of the Auckland Open, losing to Tennys Sandgren in straight sets. In the same year, Norrie was established within the world’s top 100 and became the first player to graduate from the LTA’s Pro-Scholarship Programme and progressed on to the LTA’s elite player support programme. Fast forward to 2021, Norrie experienced the greatest year in his story so far.

His biggest and most astonishing career win occurred after defeating World No.4 Dominic Thiem at the ATP Lyon Open, enabling him to progress into the final where he faced Stefanos Tsitsipas. The 2021 cinch Championships at The Queen’s Club saw the Brit storm his way through to reach the final where he faced eventual winner Matteo Berrettini. This was his third final of the year and saw him enter the World Top 40 and gain a new career-high singles ranking of 34th seed in June. 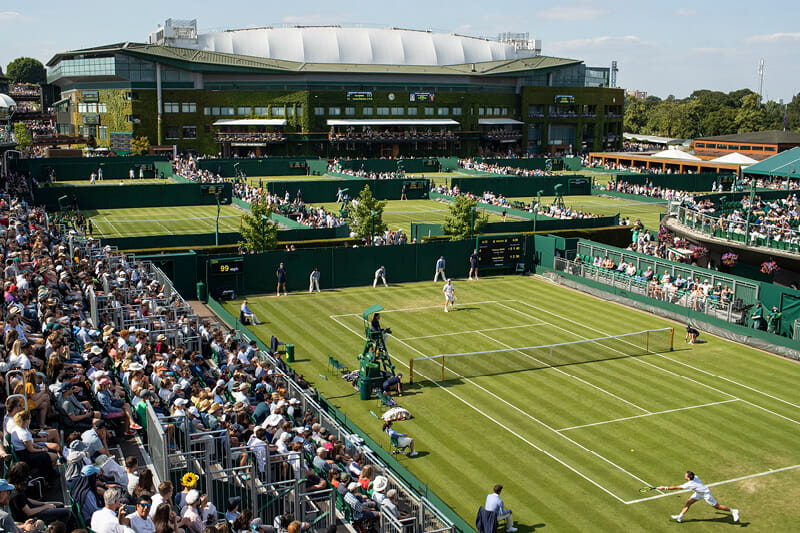 After reaching the third round at The Championships, Wimbledon and being defeated by the formidable 6thseed Roger Federer, Norrie went on to win his first ATP title at the 2021 Los Cabos Open, his first time entering the top 30 in his career.

More magic awaited. The Indian Wells in October saw Norrie (World No.21 at the time) claim several great victories: winning the title, becoming the first Brition to win the title and advancing to become the new British men’s Number 1 and the World Number 14 in the men’s singles rankings. After being a set and a break down to Nikoloz Basilashvili, Norrie came back in full force to claim the title and lift his first ATP Masters 1000 Trophy.

2021 has seen Norrie claim 47 wins, 20 of which were against players ranked higher than him, 2 of which were ATP Tour Titles and 1 Masters Title.

We can’t wait to see Cam Norrie take to the courts again for more exceptional tennis, in what we hope will be exciting and drama filled matches in the coming months. Will he be able to fight his way to the top to claim more titles? We’ll be watching closely to find out!

We’re hoping to see Norrie return to the cinch Championships at The Queen’s Club and The Championships, Wimbledon in 2022 – find out more about how you can attend here.

In this blog piece, we reflect on a stellar year of British tennis, including the big household names and some rising stars.

Explore our range of premium hospitality options for the 2022 version of the cinch Championships, held at West London's prestigious Queen's Club.