Italian jockey Frankie Dettori has been a popular figure in British racing for over thirty years. He rode his first winner in Turin in 1986 at the age of 16. The following year he rode his first winner in the UK aboard Lizzy Hare at Goodwood. Dettori has been Champion Jockey three times and won many major races around the globe. His celebrity status reached new heights in 1996 when he rode all seven winners on British Champions’ Day at Ascot. Every top rider dreams of winning the Epsom Derby and Dettori had to wait until his fifteenth ride in the race before being successful. Here is a selection of his greatest Epsom winners. 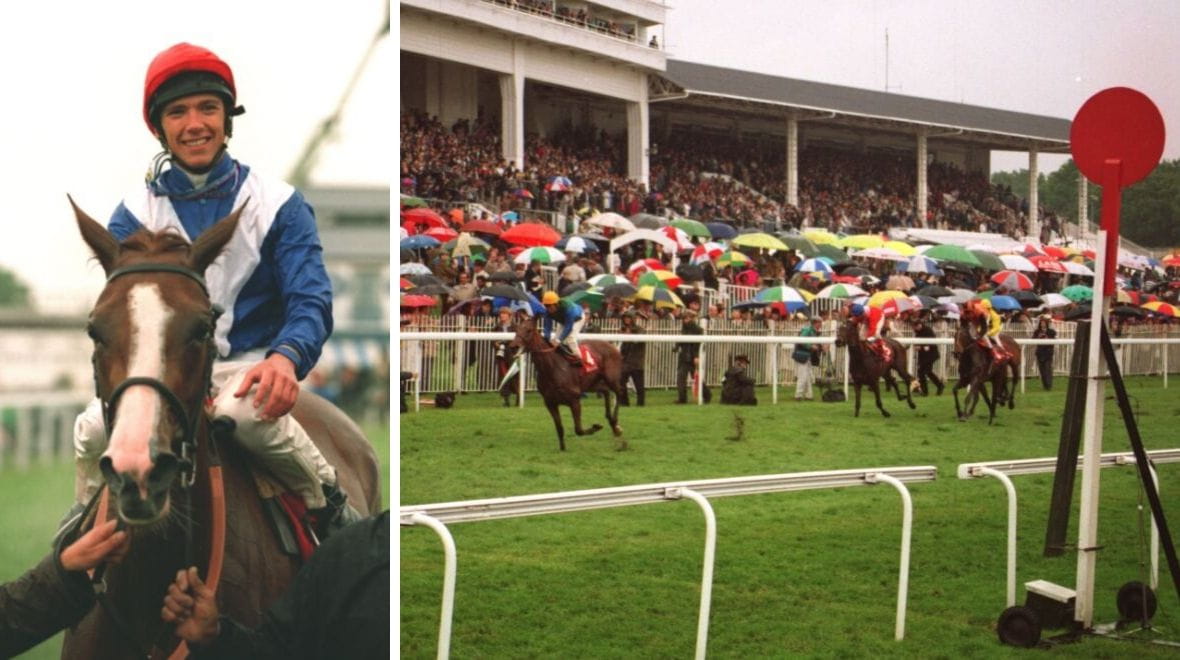 The victory of Balanchine in the Epsom Oaks in 1994 was Dettori’s first British Classic victory. The filly was trained by Hilal Ibrahim and had been beaten only a short-head in the 1000 Guineas at Newmarket. Her running style suggested that she would be even better over a mile and a half at Epsom. She stayed on strongly to win by two and a half lengths, a first Classic winner for Godolphin. Balanchine then took on the colts in the Irish Derby, beating Derby runner-up King’s Theatre by four and a half lengths.


Dettori finally fulfilled his long-held ambition of winning the Epsom Derby when storming to victory on hot favourite Authorized in 2007. The Italian had gone agonisingly close on Tamure who finished second to Lammtarra in 1995. Authorized was all the rage for the Derby after winning the Dante Stakes impressively. The result at Epsom was never in doubt, the colt crossing the line five lengths clear. He later won the King George VI and Queen Elizabeth Stakes and was retired after being defeated in the Arc.


Golden Horn burst into the Derby picture when beating stable companion Jack Hobbs by two and three-quarter lengths in the Dante Stakes at York. His owners paid £75,000 to supplement him for Epsom where he started a well-supported favourite at 13-8. Golden Horn confirmed the York form with Jack Hobbs, this time extending his advantage to three and a half lengths. Golden Horn went on to prove himself a true champion. He won the Eclipse Stakes, the Irish Champion Stakes and the Prix de l’Arc de Triomphe. His final victory prompted Dettori to say that he was probably the best horse that he had ever ridden. 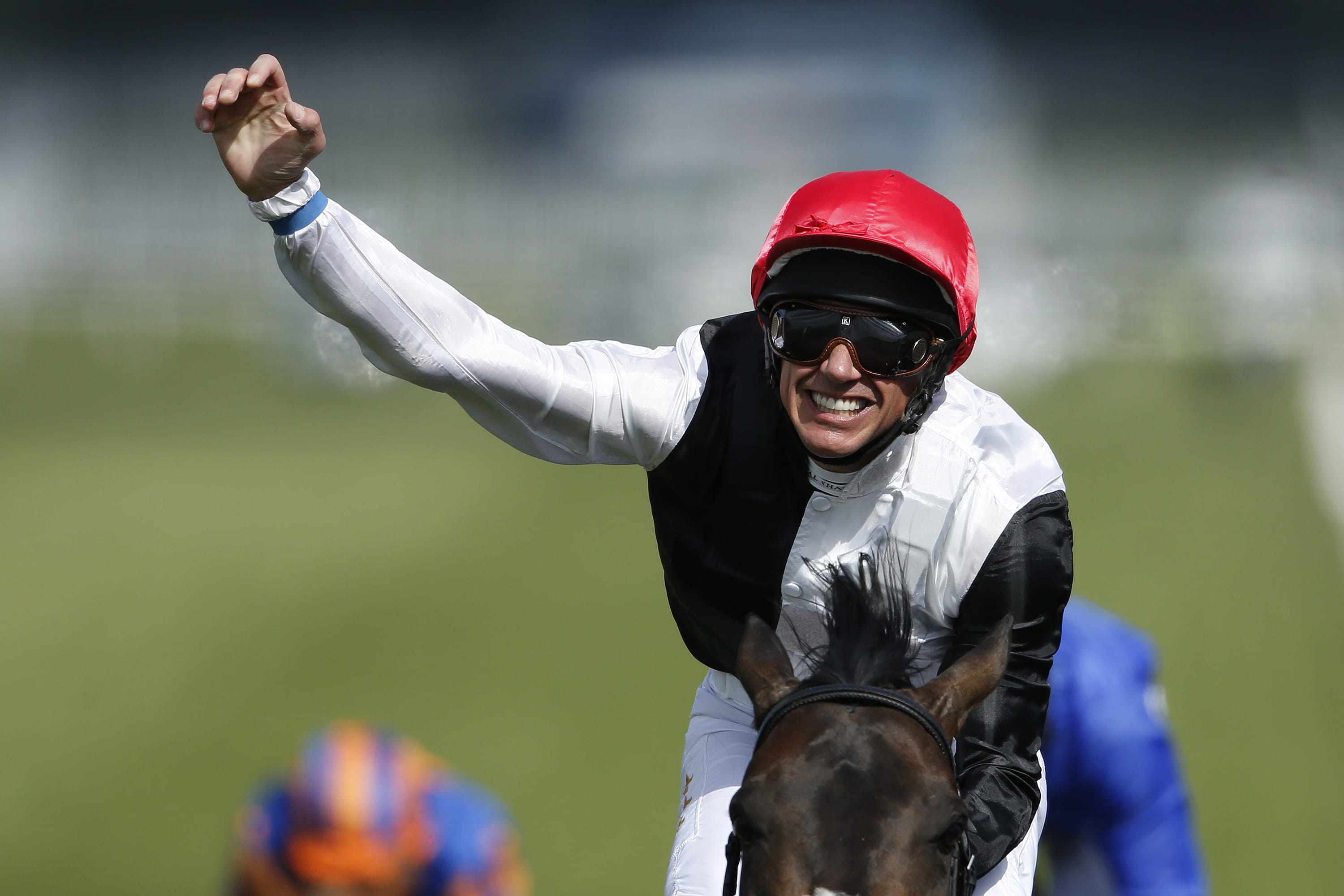 
Enable’s Oaks victory took place during a thunderstorm and proved to be the launch of a truly spectacular career. Dettori rode her with confidence and stretched the stamina of 1000 Guineas runner-up Rhododendron, eventually forging clear to win by 5 lengths. Enable was trained by John Gosden who would also provide Dettori with a fifth Oaks winner in Anapurna in 2019. Enable won the Irish Oaks, King George and Yorkshire Oaks before crowning a great season in the Arc. The following season she won a second Arc despite an interrupted preparation and then added the Breeders’ Cup Turf. Victories in the Eclipse Stakes and a second King George in 2019 set her on course for an attempt at a record third Arc victory.


When Cracksman won the Coronation Cup in 2018, it was the fifth time Dettori had won the Group 1 event. The winner of the 2017 Champion Stakes started odds-on favourite and was expected to win easily but he did not get his nose in front until the closing strides, winning by a head. Dettori reported that Cracksman was never happy on the undulating track. He persevered up the home straight and conjured up a late run up the stands’ rail when long-time leader Salouen began to tire. Cracksman would return to his best form with a scintillating second Champion Stakes victory at Ascot. 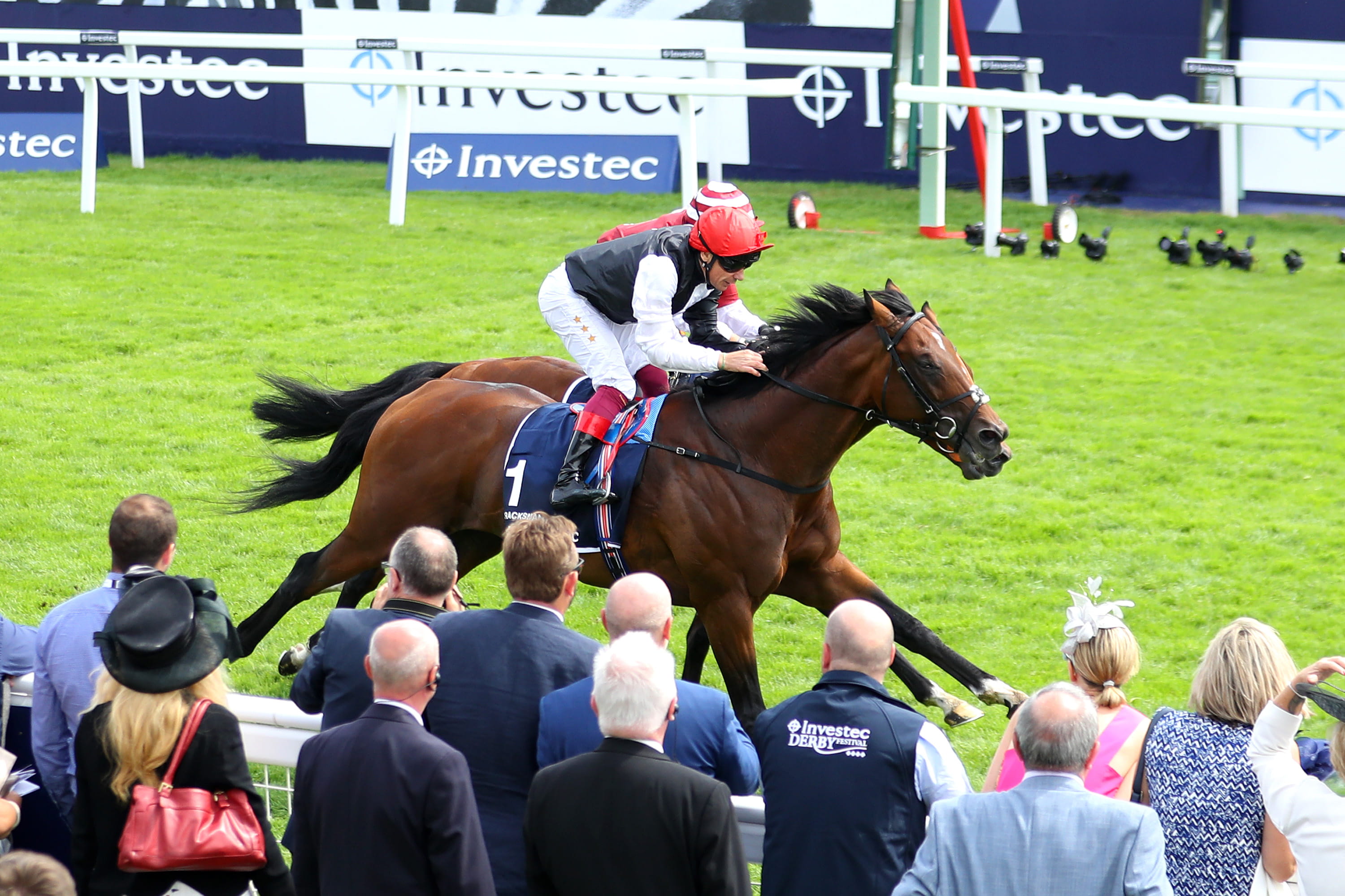 
It has not always been plain sailing for Dettori and many pundits were predicting the end of his illustrious career back in 2012. He had lost his long-standing contract with Godolphin and faced a six months ban from racing after failing a drugs test in France. He returned to the saddle at Epsom in May 2013 and signed a new contract as first jockey to Sheikh Joaan Al Thani the following month. His subsequent association with leading trainer John Gosden has been instrumental in his return to the pinnacle of his profession. Dettori’s knows that retirement cannot be far away and, like Sir Anthony McCoy over jumps, he will want to go out at the very top. His eighteen English Classic victories began in the 1994 Epsom Oaks with Balanchine. His victory in the same race on Anapurna in 2019 may well have been his last. Dettori’s legion of supporters will be hoping for one more of his trademark flying dismounts at Epsom in 2020!