This year's Formula E championship is shaping up to be one of the most fiercely contested in all of motorsport, and with German giants Mercedes and Porsche joining this year, Formula E has a full 24-car grid for the first time ever featuring some of motorsport’s biggest names.

With four different winners from the opening four races, and last season’s top two teams yet to get off the mark, Formula E has arguably never had a more open championship fight.

As the grid prepares for round five in Marrakesh at the end of the month, we put together a handy guide to the 12 teams fighting to be crowned World Champion at July’s London E-Prix season finale.

BMW i Andretti - 5th in the teams’ championship last season 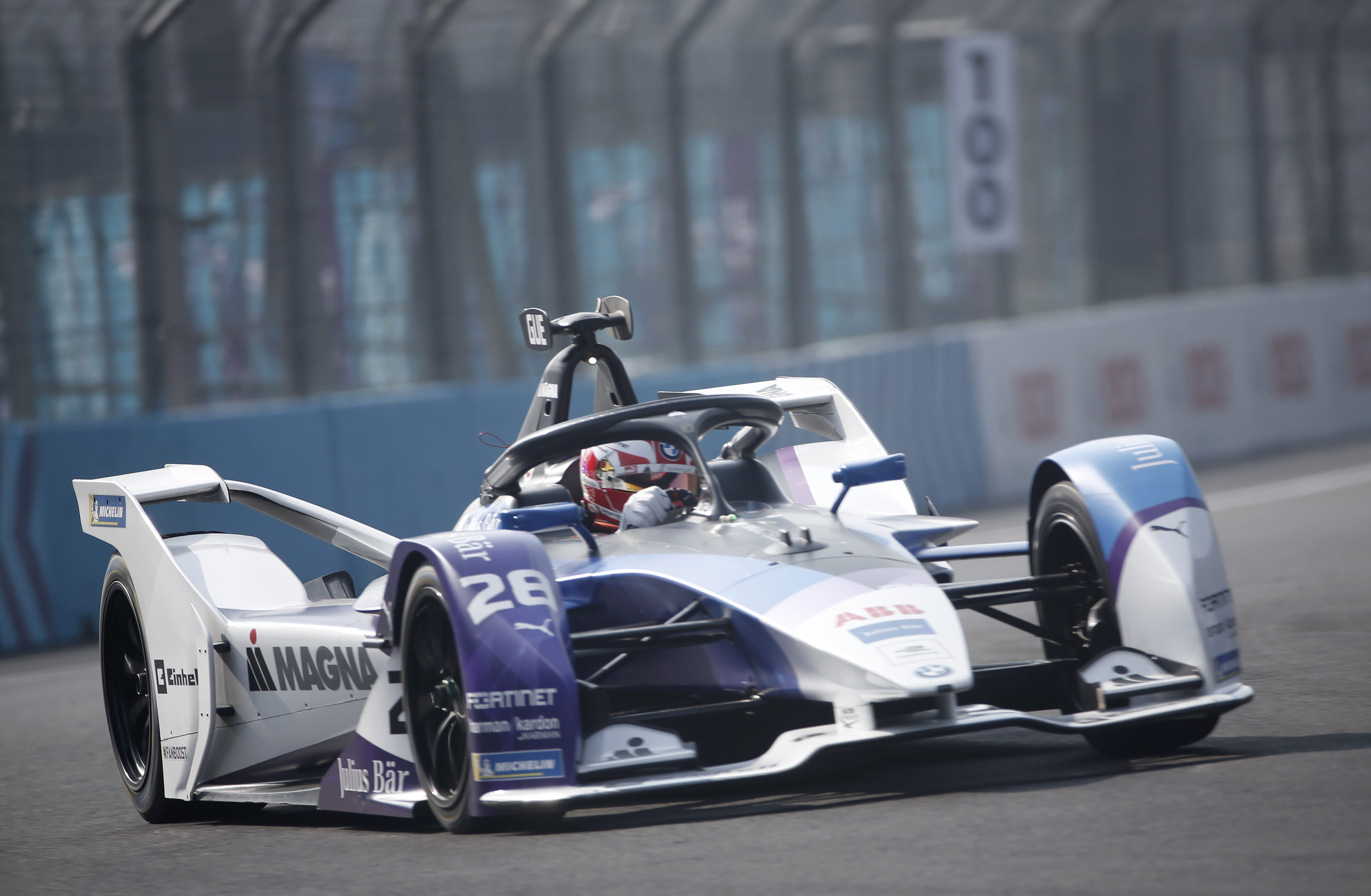 The only team to have won twice this season, BMW have arguably been the surprise package of all the teams so far. Having secured his long-awaited first Formula E win in Diriyah, Brit Alexander Sims is shaping up to be a genuine title contender this season, and his new team-mate, the young German Max Günther, already looks like an inspired signing having bagged his first career win in Santiago. Sims’ fightback from 18th on the grid to take fifth in Mexico City demonstrates that the team now possess both the pace and experience to score big points even when they don’t have the outright quickest car - something they struggled with last season. 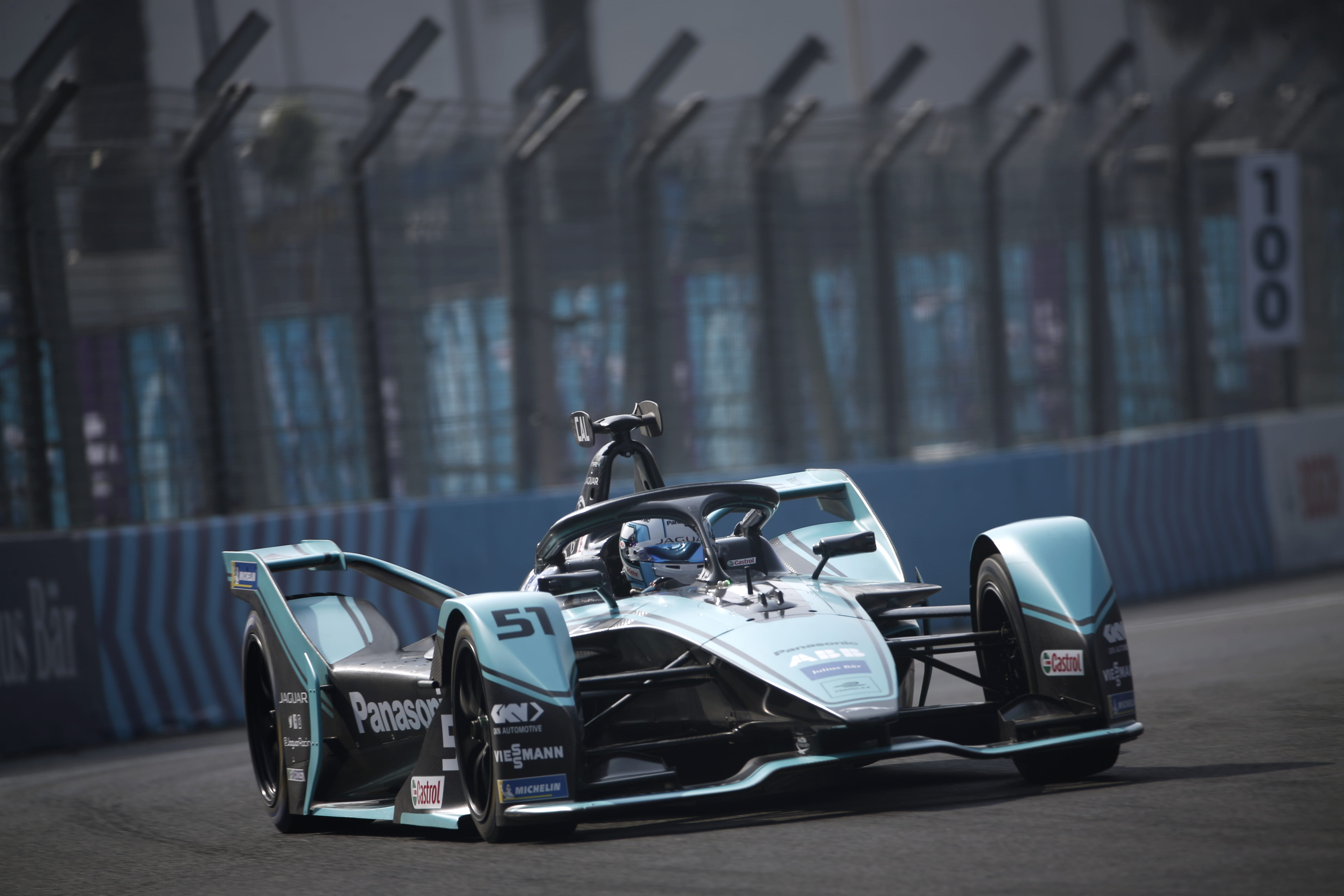 Despite securing their first Formula E victory last year, Jaguar’s progress plateaued as they struggled to maintain a stable driver lineup and still looked short of becoming serious title challengers. This season, things appear to have clicked in a big way and the British team have enjoyed their best-ever start to a Formula E campaign.  Star driver Mitch Evans took the lead of the drivers’ championship with his dominant win in Mexico City, and new signing James Calado looks as though he’s settling in well with impressive points-scoring drives in both the Diriyah and Santiago rounds. 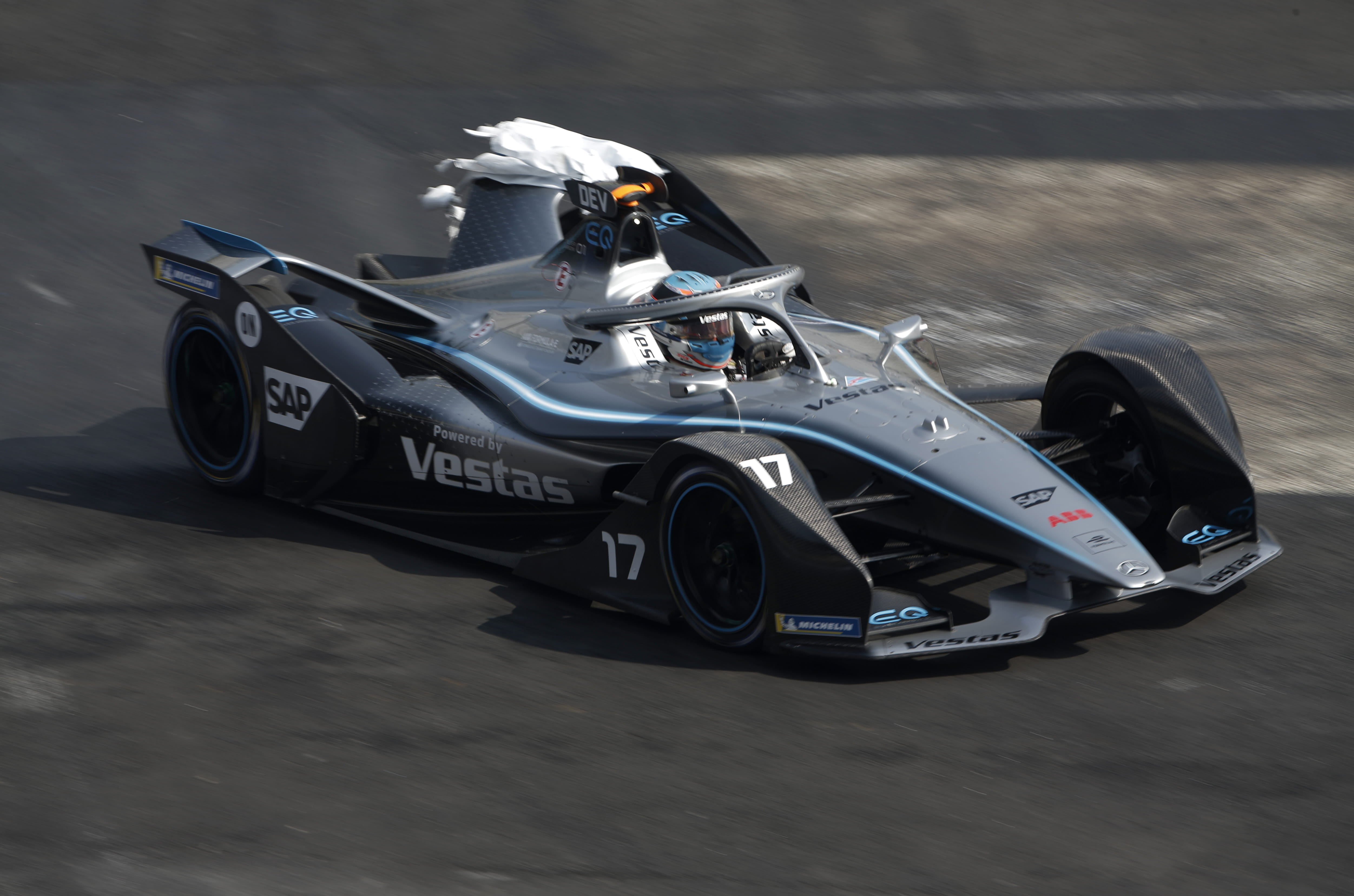 Perhaps the team with the most eyes on them this season, Mercedes have impressed so far since making their debut in November’s season-opener, and their exciting driver lineup looks already to have bags of potential. Stoffel Vandoorne looks to be a driver completely rejuvenated from the exhausted figure that saw his F1 dream turn sour just eighteen months ago, and he could yet be a dark horse to mount a title challenge this season. His team-mate, F2 champion Nyck de Vries, has experienced mixed fortunes in the opening few rounds but has already shown that he the speed to play a big part in shaping his team’s fortunes this year. 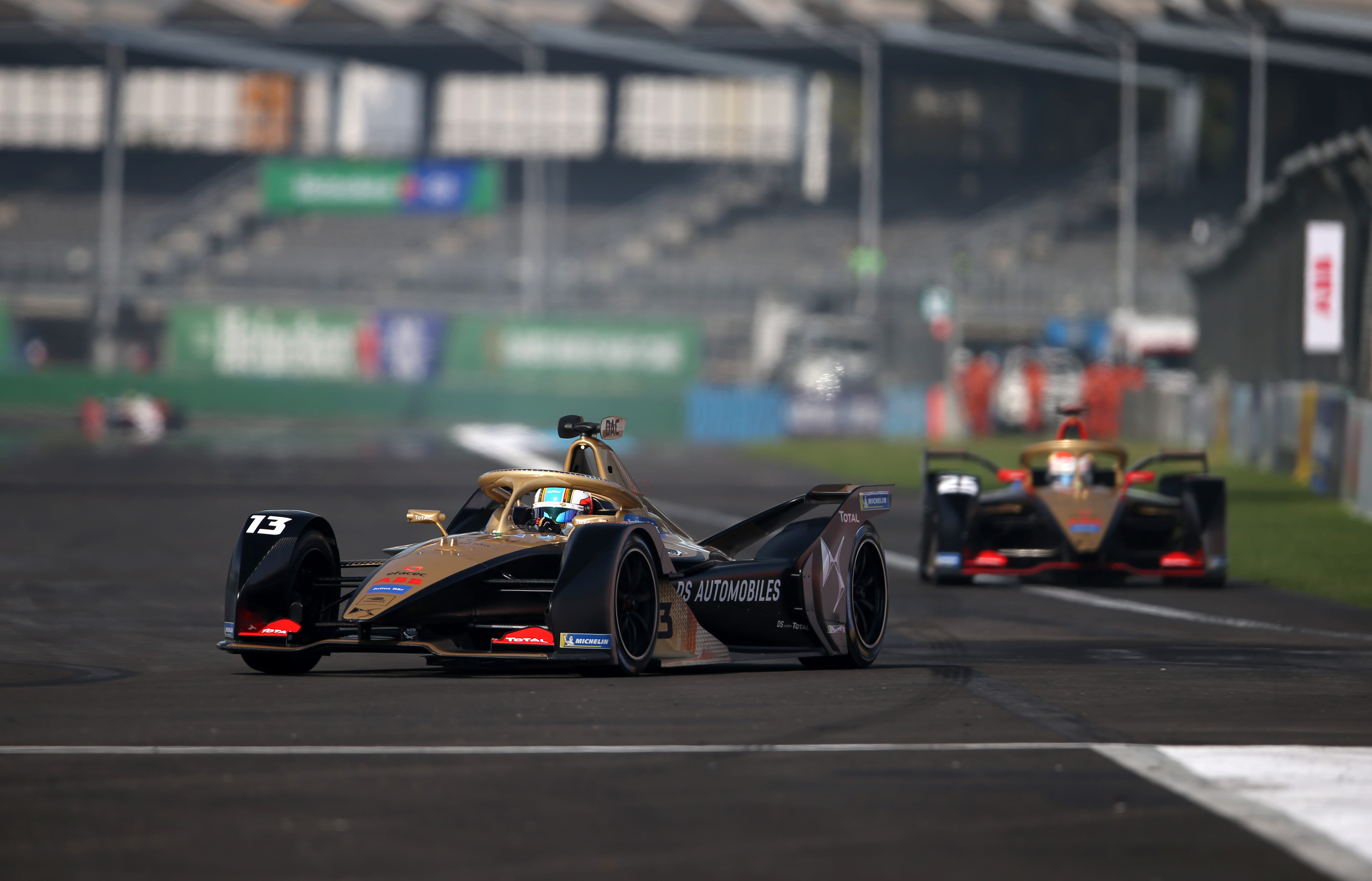 The team currently holding both the teams and drivers’ championship titles have a big target on their back this season. Two-time drivers’ champion Jean-Eric Vergne remains the man to beat and he has a new team-mate this time in the form of Antonio Felix da Costa, who has so far proven to be a formidable opponent. While Vergne’s title defence has stuttered in the opening rounds, Da Costa has already shown his worth with battling drives to the podium in both Santiago and Mexico City. Techeetah are yet to fully find their stride yet this season, but as we’ve seen time and time again, they often perform best when people begin to write them off. They’ll have a big say in this season’s championship, whatever happens. 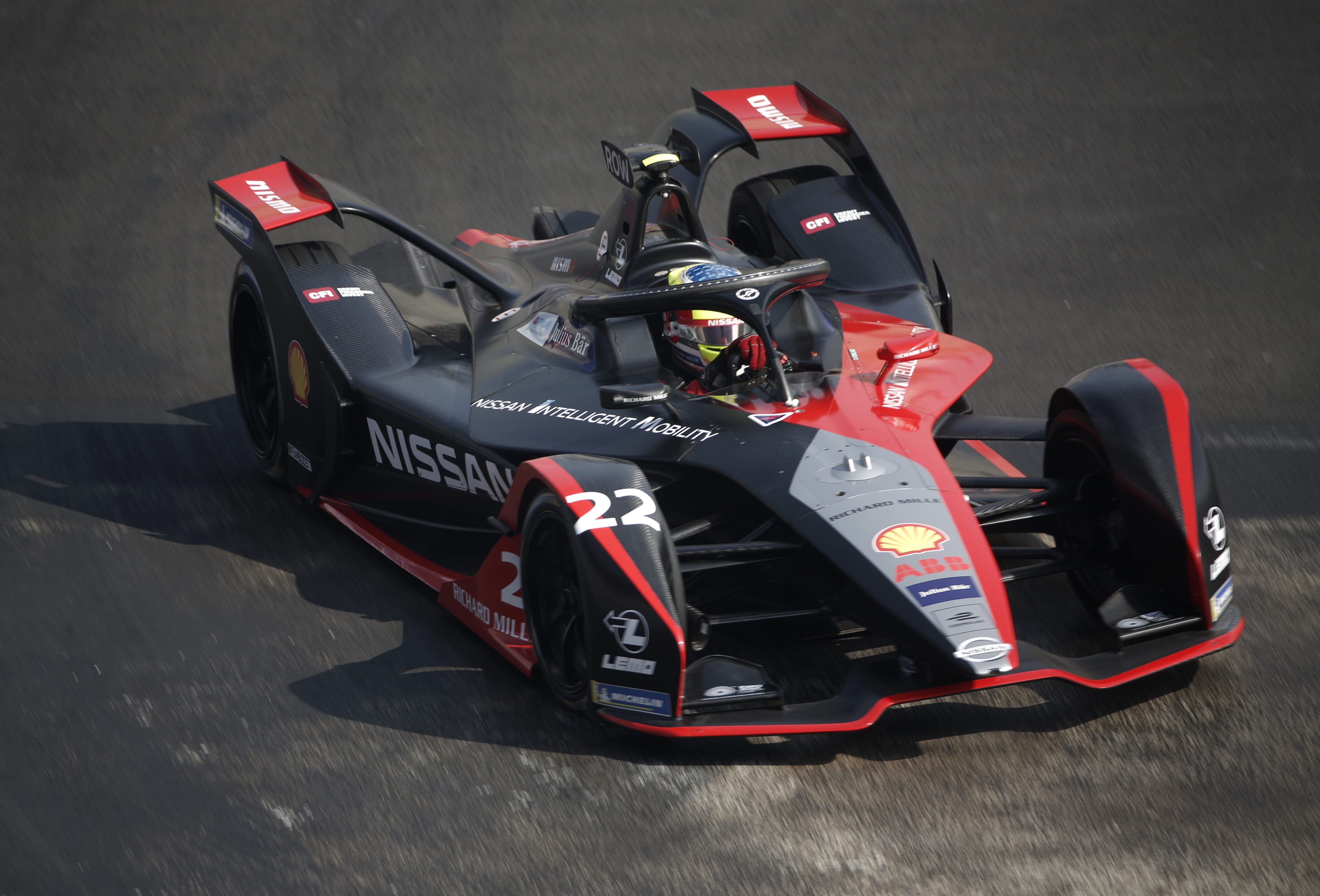 The team are still recovering from the loss of their legendary team boss and founder Jean-Paul Driot who sadly passed away last year, but despite this, they continue to be a threat at the front of the grid given the talent they possess. Star driver Sebastien Buemi remains - statistically at least - Formula E’s most successful driver, and while a return of just one podium from the opening four races isn’t quite what he or the team would have targeted, Buemi remains an outside bet for the title given his track record. Team-mate Oliver Rowland has the talent to push him all the way, and with a year’s experience under his belt, will be looking to score his first Formula E victory this season after coming close on several occasions last year. 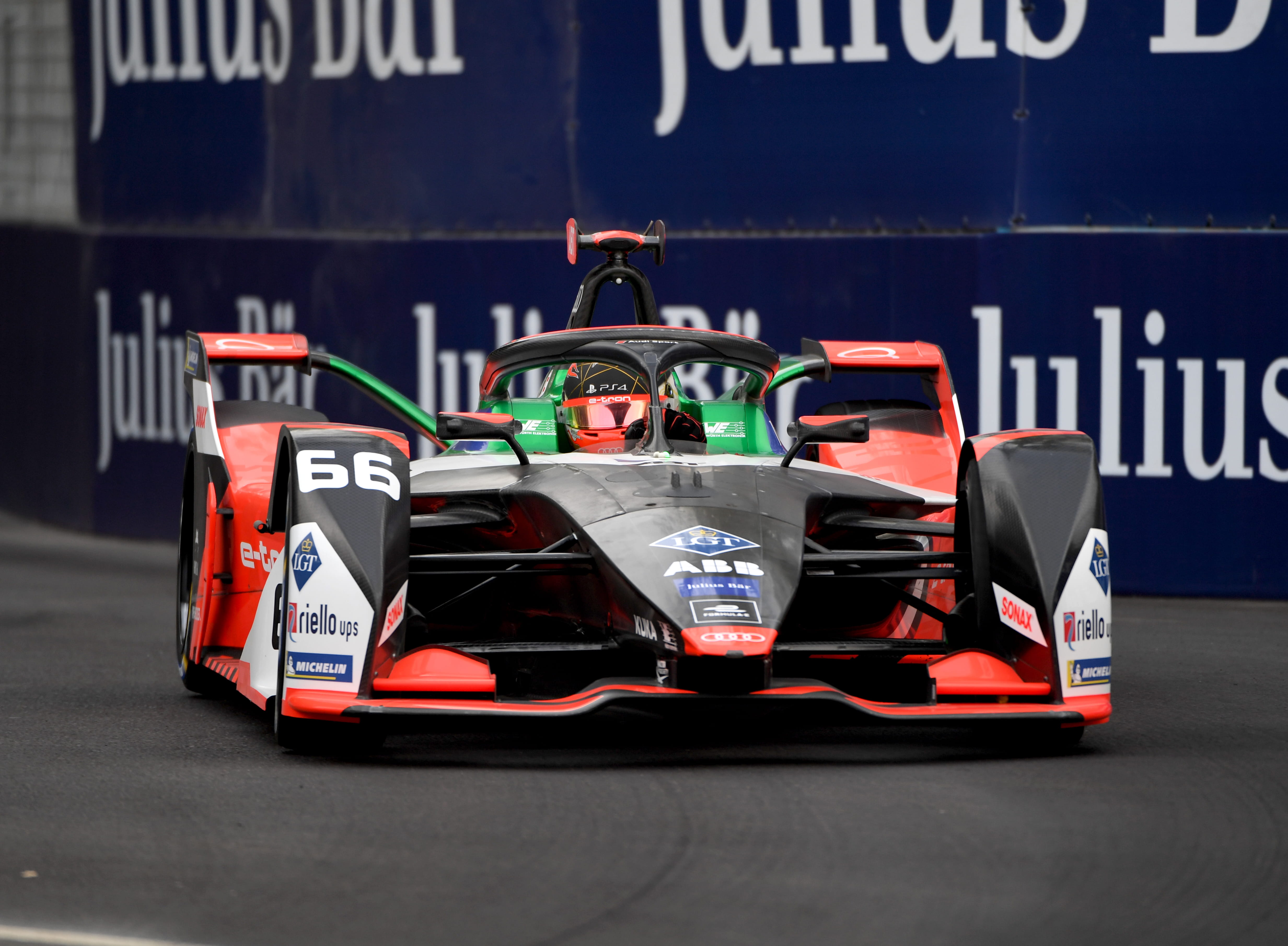 After finishing as runners-up last time out, Audi have endured a disappointing start to the season as they currently occupy sixth place in the standings. Season three champion Luca di Grassi remains their most potent threat and he continues to be a persistent podium challenger regardless of his team’s state of competitiveness. Team-mate Daniel Abt will be targeting wins this year as he looks to earn himself a contract renewal, but so far his luck appears to have deserted him this season as he’s only finished on the opening four races, with heavy crashes in Diriyah and Mexico City unlikely to help his cause. 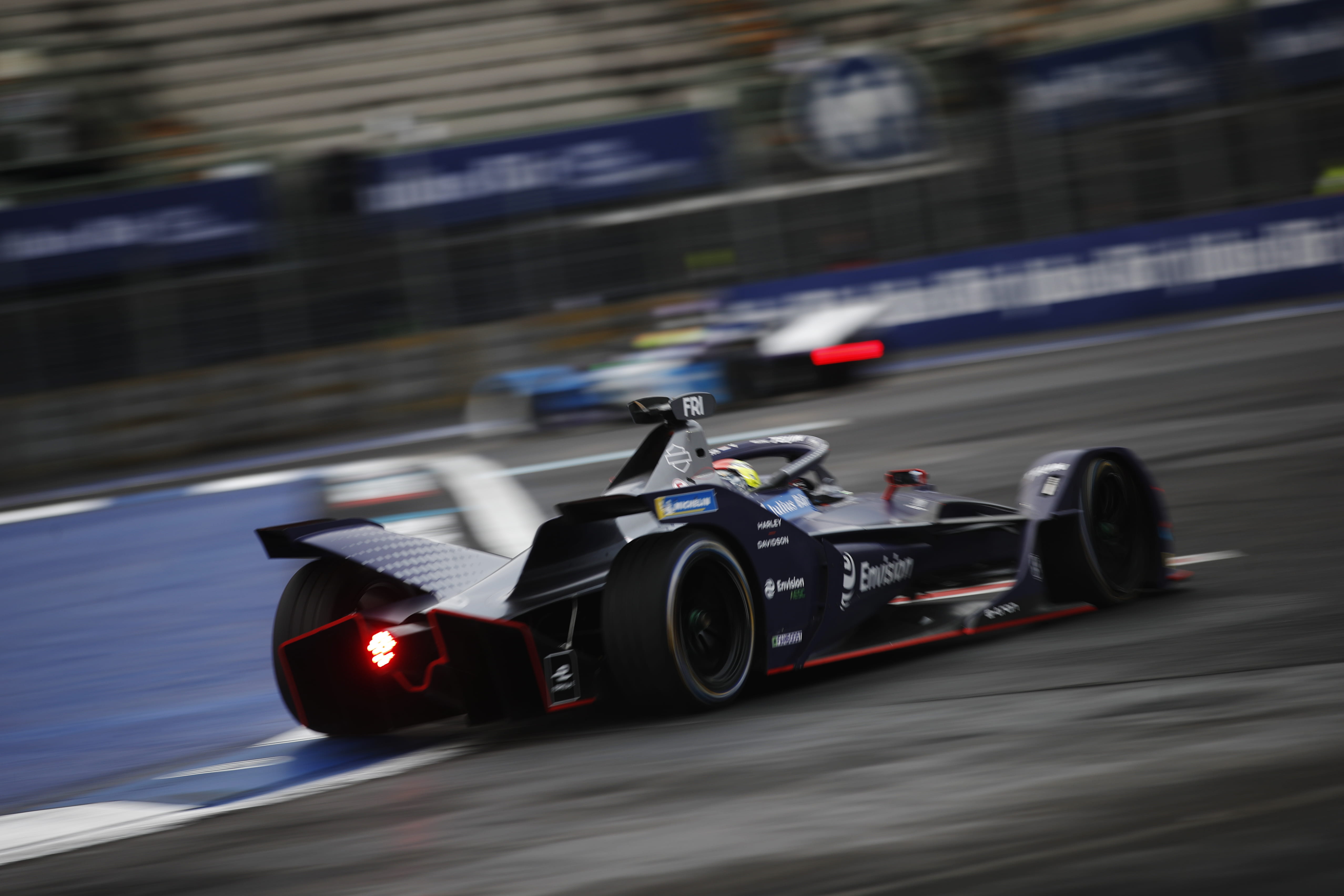 Now in their second season using an Audi powertrain, the Virgin team have all the ingredients to mount a championship challenge, but it counts for little when crucial points are being thrown away. Brit Sam Bird started the season strongly with a win in the season-opener in Diriyah but has since crashed out of two of the three races that followed, finishing only 10th in the other. Likewise, his team-mate Robin Frijns has yet to score since his fifth-place finish in the opening race and suffered the frustration of losing a big points-haul in Mexico City after being the innocent victim of Nyck de Vries’ brake failure. 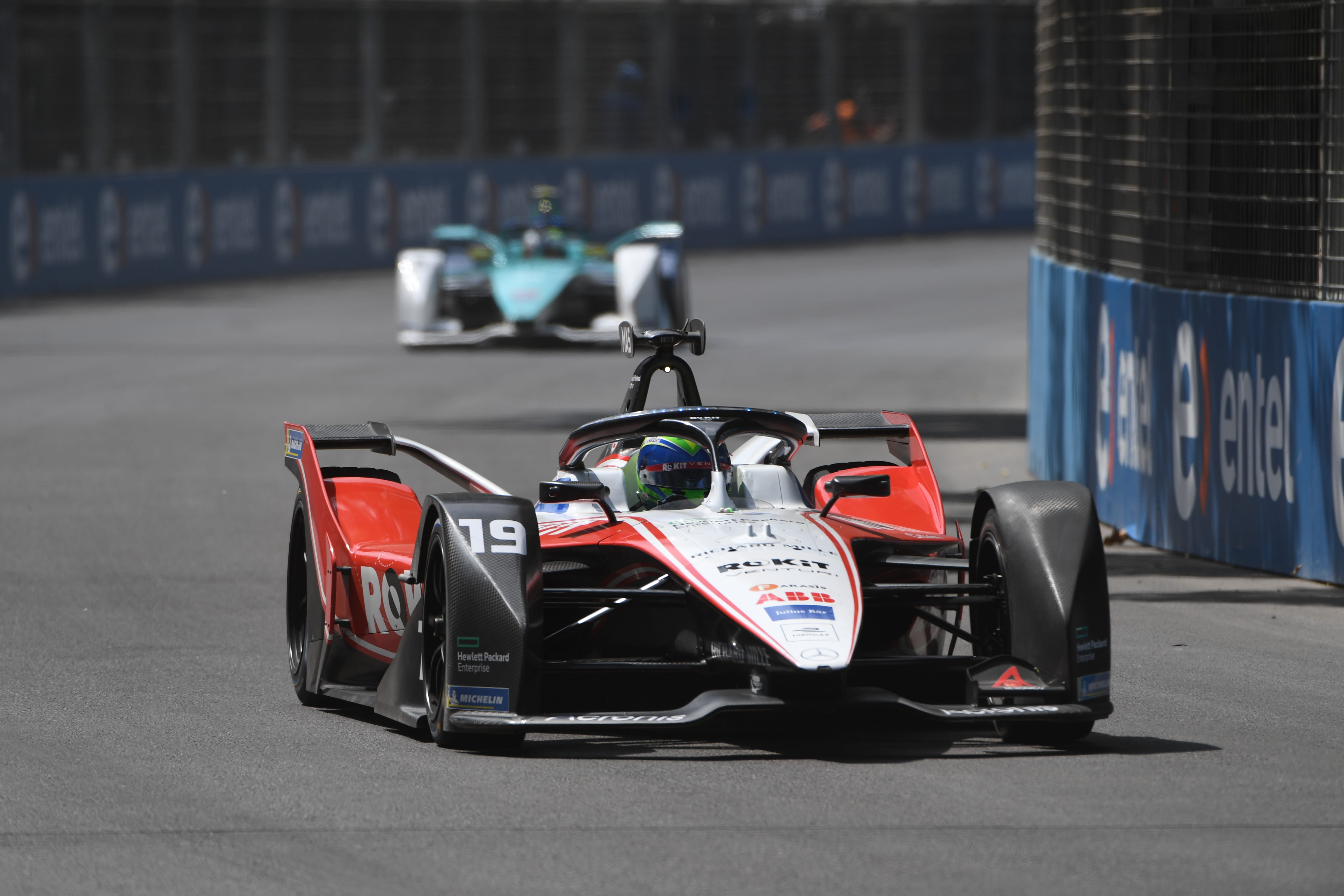 After switching to Mercedes power, Venturi are targeting long-term success but so far this season they remain as frustratingly inconsistent as before. Edoardo Mortara has matured into a consistent performer and has contributed 22 of the team’s 24 points this season so far. Unfortunately, the same cannot be said for ex-F1 star Felipe Massa, who, with just two points on the board this season, faces an uphill task to silence his doubters.

Porsche - Entered the championship this season 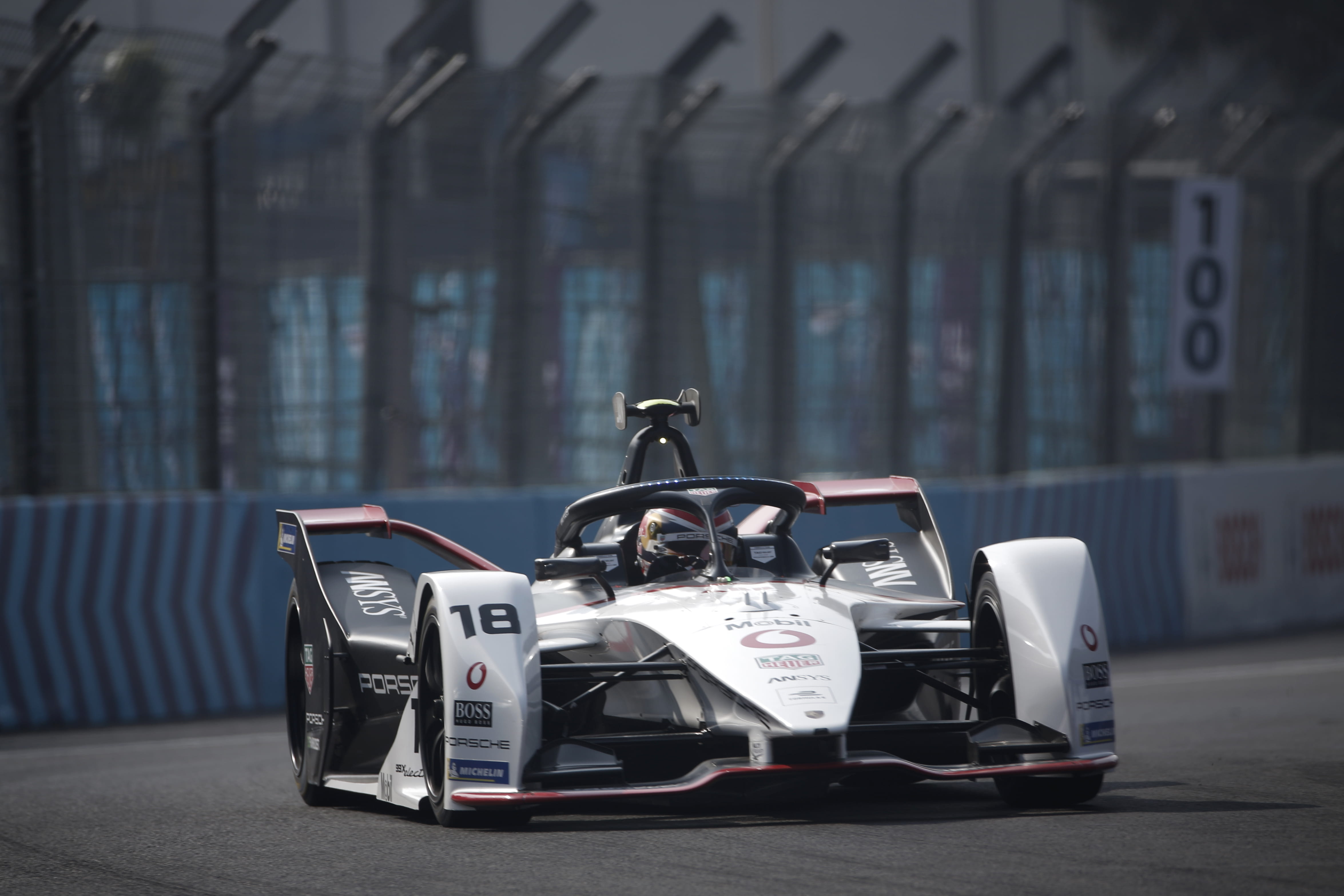 Brand new to the championship, Porsche have big aspirations but have been humble so far in their approach. Their signing of Andre Lotter from champions Techeetah has proved to be a masterstroke, with a debut podium and a surprise pole in Mexico City demonstrating the potential of their package. His team-mate Neel Jani is struggling however and is yet to finish higher than 13th in his four outings for the team. 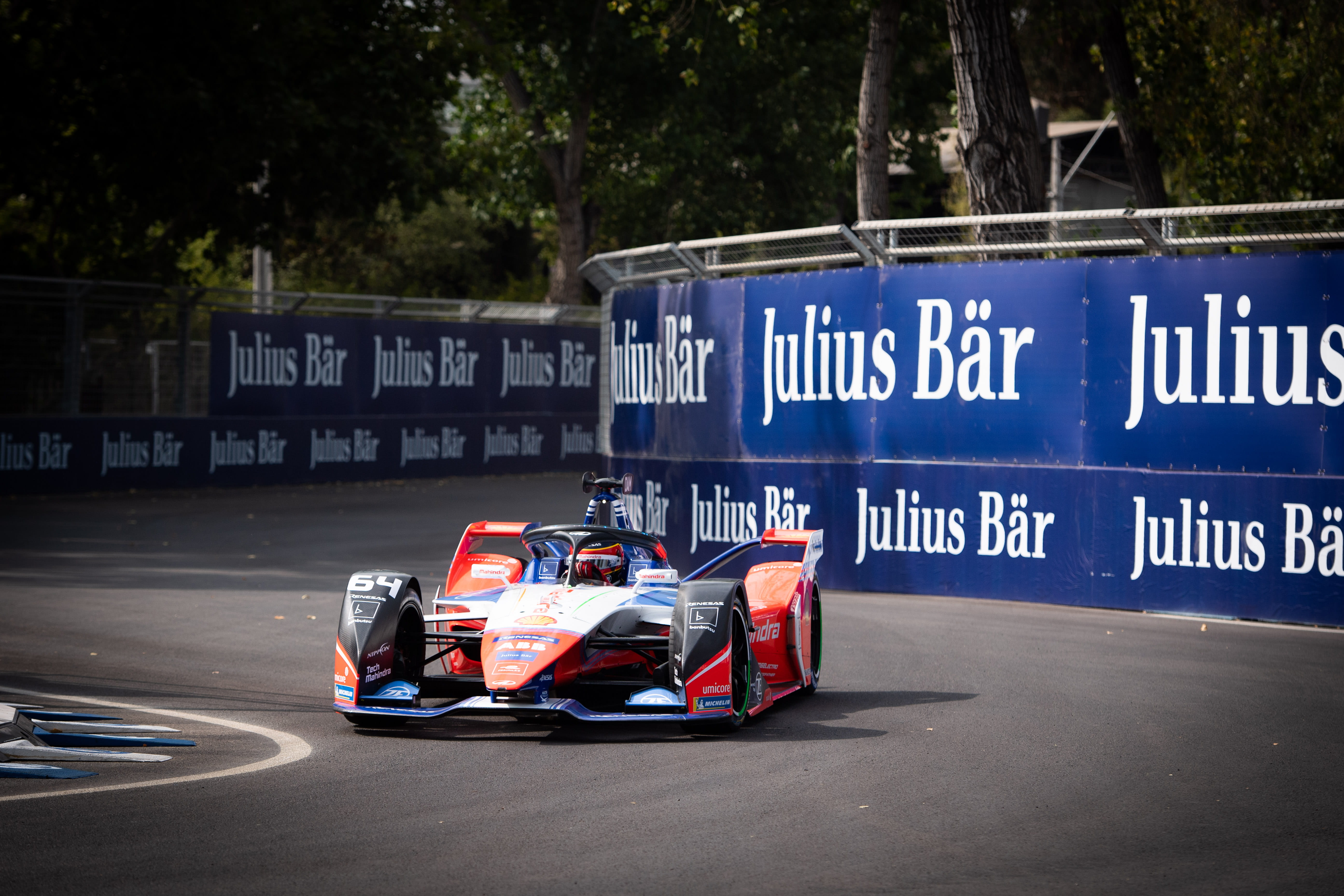 Mahindra have consistently punched above their weight since their 2014 debut, but a credible championship challenge has been a stretch too far. With this season’s midfield appearing as competitive as ever, a patchy start has seen them slide to 10th in the championship and their lowest ever points haul after four races. It’s too soon to write them off though, as with ex-F1 drivers Jerome d’Ambrosio and Pascal Wehrlein amongst their ranks, they’ve got the talent within to bounce back. 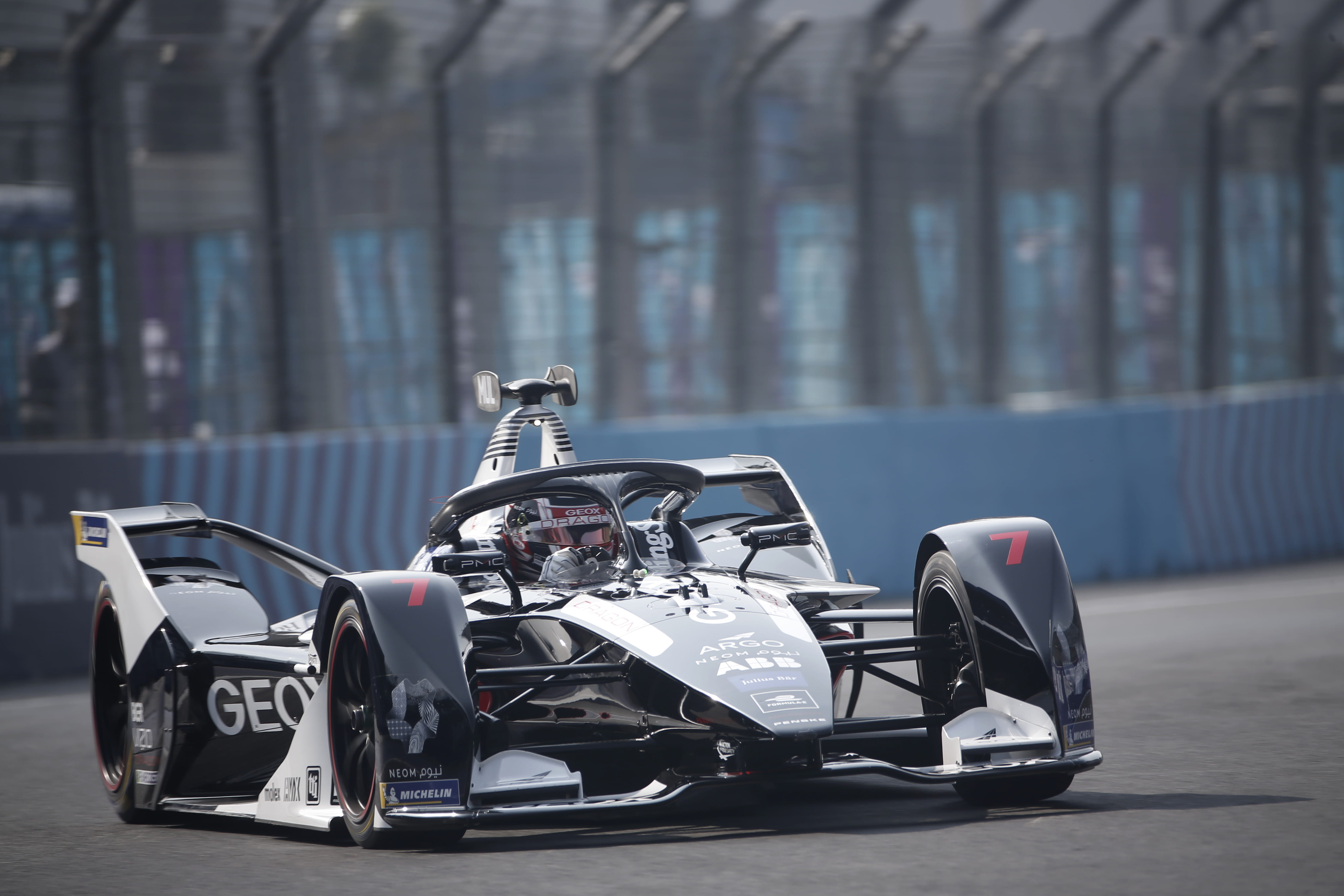 Run by the enigmatic American Jay Penske, Dragon Racing have had a turbulent few years, mirrored by their ever-changing driver lineup. With ex-F1 driver Brendon Hartley and highly-rated former DTM driver Nico Müller now on board, they certainly have the talent to compete for regular points, but their return of just two points so far has seen them cut adrift from the rest of the midfield pack. 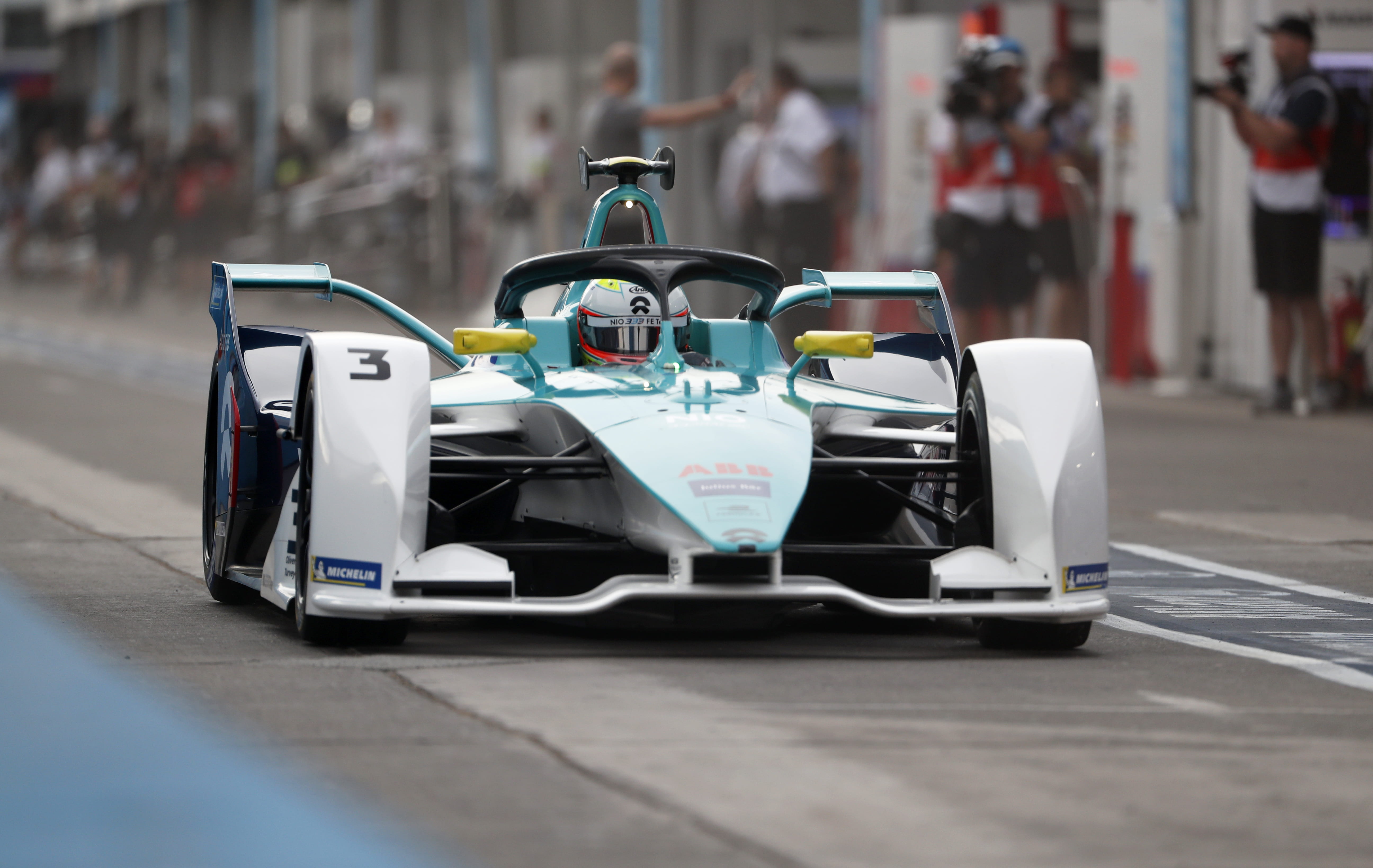 The Chinese team changed ownership during the off-season, but with little time to make any drastic changes, their ambitions this season are limited and are reflected as such in their results so far. They possess a driver of real talent in Brit Oliver Turvey, however, his team-mate, Chinese driver Ma Qinghua, is yet to prove that he’s cut out to compete at this level.