Formula E – the world’s first all-electric motorsport championship, is racing to London this July. Keith Prowse is proud to be named as an Official Hospitality Sales Agent for the London E-Prix in 2020.

We interviewed Jake Humphrey, our celebrity guest speaker for packages including the ExCeLeration Hub at the London E-Prix 2020. Jake who is a legendary sports television presenter and radio broadcaster, has terrific knowledge about motorsport as he presented the BBC’s F1 coverage for 4 years, and he now currently fronts the Premier League Football for BT Sport. If you want to rub shoulders with a sports television legend, worry not - you can meet Jake for pre-race chat and post-race drinks, where he will be giving his expert opinion on all the day’s events. Plus, with the London E-prix being the last race of the season, the championship title winner will be crowned and that's sure to make for some interesting talking points!

Here's what Jake thinks about Formula E and why he can’t wait for the London E-Prix...

When did you first hear about Formula E and why did it grab your attention?

Throughout my time working on the Formula One, I always thought that there should be the 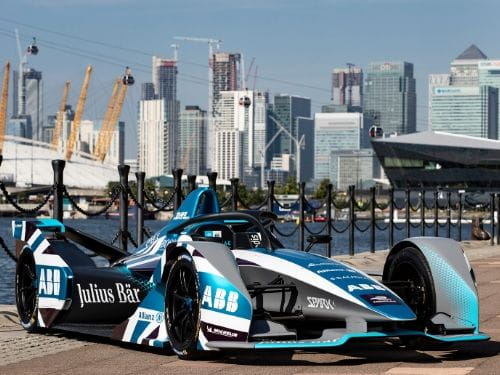 opportunity for a racing series purely involving electric vehicles. When Formula E finally made its first appearance, I was certain that it would grab people’s attention and after watching the first few races, I was hooked. For me the key thing is the use of ex-Formula One drivers, so people have someone that they recognise, who they can support, and get behind. But also, the technology is next level.

I think quite often Formula E machines make Formula One cars look massively outdated, and interaction with the fans is also at the next level. There is no doubt Formula One, and other racing series can learn a huge amount from Formula E. It is also a really good indicator of how great the racing is, that drivers who leave Formula One, see formula E as a viable alternative. Remember, this isn’t a series that has been running for decades, it’s relatively new, yet already top drivers who raced in the biggest series in the world, look at Formula E as a viable alternative. I think it speaks volumes.

What do you think of the unique car features such as ‘Attack Mode’?

I think ‘attack mode’ is a really exciting addition to racing. It’s important to realise that in 2020, you have to do things to distinguish yourself. I often use the phrase that you must either innovate or die. Formula E has absolutely been at the forefront of innovation for the last three or four years. Fans that know about Formula E feel really connected to it through the use of the fan boost, and now with ‘attack mode’ they see a driver can have a direct impact and add to the drama and excitement. Something else that I think it’s really exciting, is that Formula E is still in its infancy when you compare it to how long other formulas have been around. The future is so exciting, and so bright for Formula E, that anything is possible. As more and more electric cars are on the roads, and more people understand how powerful and exciting electric cars are to drive, even more people will understand that Formula E is the future. 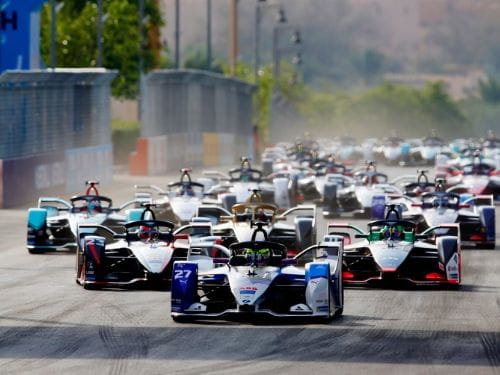 What makes the London E-Prix so exciting?

When I was hosting the BBC’s Formula One coverage, a really popular question that people asked me was "Will there ever be a London Grand Prix?" I used to think about how it would look and get really excited about the idea of high-performance cars crashing through the capital. Silverstone is the natural home of Formula One in the UK and I don’t think that I should change; it’s an incredible racetrack and it suits Formula One so well. However, to not have a race in London of any category is a real shame and that is why London E-Prix is so exciting.

Do you think having an indoor/outdoor track 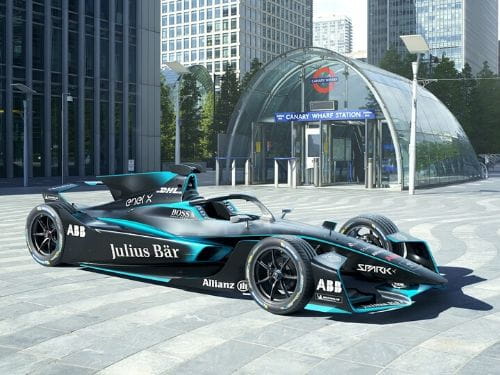 will make the race more exciting?

I love the fact the E-Prix is constantly breaking boundaries and innovating. Using the fact that noise is so massively reduced with electric cars,
as an opportunity to try something new is a great idea. An indoor race simply wouldn't be possible for Formula One cars because of the volume.
I’m sure the indoor /outdoor track will bring a new experience for those watching - it will make it even more intense.

Are you excited for the London E-Prix?

I can’t wait to be in London in 2020 for the Formula E-Prix and to feel the buzz of car enthusiasts coming together in our capital city. I really think that
the opportunity to see fast cars racing in London is incredible. Obviously, the fact that they are fully electric and emitting no emissions, adds to the story and of course, the important message of Formula e as a series.


Keith Prowse are proud to be the official hospitality agent for the Formula E London E-prix and packages are available to purchase now. With spaces limited, book now for an unforgettable all-inclusive weekend. Discover hospitality packages at 2020 London E-Prix.