The ABB FIA Formula E Championship is speeding to London this July. The race will take place around the city’s iconic Royal Docks and is shaping-up to be the motoring event of the summer.

Formula E is the world's first all-electric international single-seater championship. Since the first race in Beijing in 2014, Formula E has grown to incorporate 12 teams and 24 drivers competing across 13 races in 11 cities worldwide.

The Formula E Championship has been hotly contested so far this season, with the opening five rounds having five different winners! 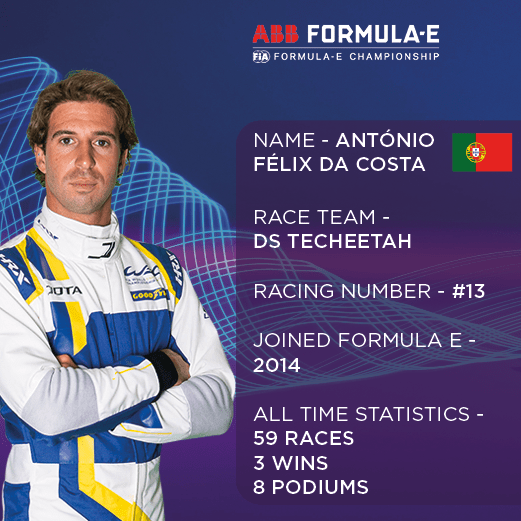 Let’s take a closer look at some of the key drivers this season...

Antonio da Costa is one of the original drivers from the first season of the ABB FIA Formula E Championship. He has driven in every season, originally racing for BMW I Andretti he has recently joined DS Techeetah for the 2019/20 title race. Da Costa has been extremely successful so far, coming first in the Marrakesh E-prix and coming 2nd in both the Santiago E-Prix and Mexico City E-Prix. He currently leads the Driver Standings with 67 points ahead of Mitch Evans and Alexander Sims in 3rd. Antonio is now competing with his own teammate former F1 driver Jean-Eric Vergne, with them both in contention for the driver’s title - so expect cars and personalities to clash when these two go head-to-head! 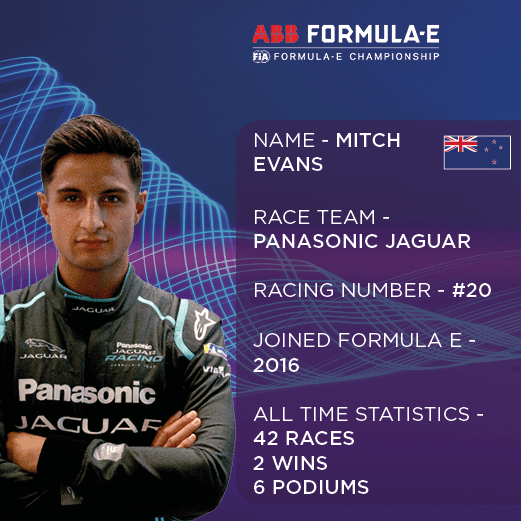 Mitch Evans started his all-electric racing career in 2016 and was off to a flying start, securing a Julius Baer Pole Position in Zurich in 2017/2018 season. He currently sits second in the Driver Standings after gaining points for the fastest laps in rounds one and five. Mitch’s current teammate is English rookie James Calado, who is not only growing in confidence every race, but has also started his season off with some decent finishing positions. 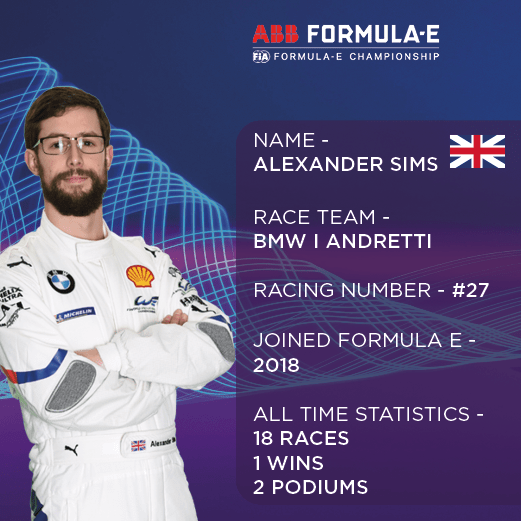 Alexander Sims is now in his second season as an all-electric racing driver and has been with BMW I Andretti for two years now. He’s had a successful start to the 2019/2020 competition, winning the second round in the Diriyah E-Prix in Saudi Arabia. Sims also won the second round in Diriyah securing 28 points from that win, which currently puts him third in the Championship with 46 points. 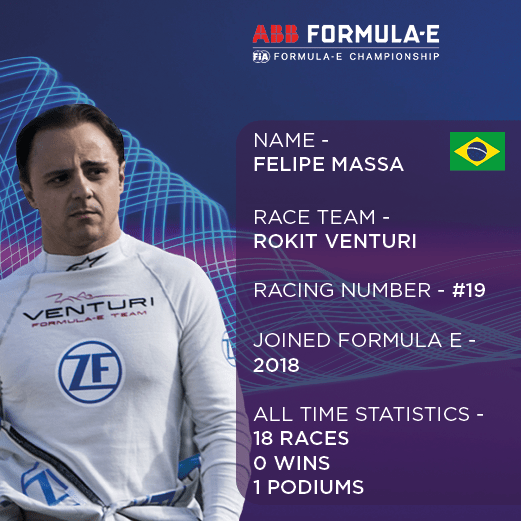 Felipe Massa has not had the greatest start to his Formula E career however, the F1 legend with 269 Grand Prix race starts and 11 F1 wins has the most driving experience on the grid. He will be looking to use his experience to seal consecutive wins throughout the intense Formula E season. Massa currently sits at 19th in the drivers’ standings but will looking to climb the rankings in the next few races. 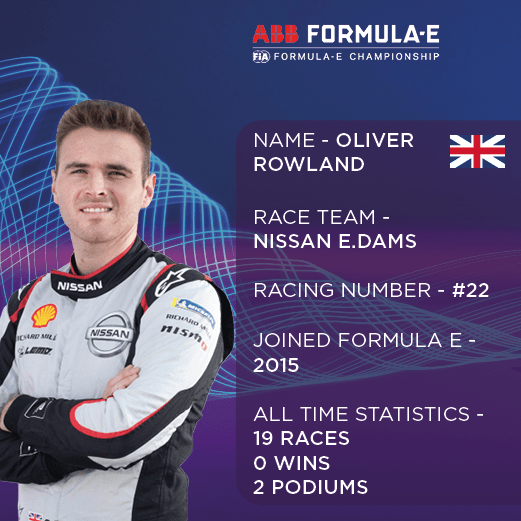 Oliver Rowland had a very quick rise to the top in the Formula E rankings after winning the Rookie of the Year award in his debut season. He continues his second full season with Nissan e.dams and finds himself currently in ninth place after coming fourth and fifth in the first few rounds. However, since then he has dropped off performance wise but will be looking to make a comeback to ensure he is in contention when it comes to his home race - London E-Prix.

Keith Prowse are proud to be the official hospitality agent for the Formula E London E-prix and packages are available to purchase now. With spaces limited, book now for an unforgettable all-inclusive weekend. Discover hospitality packages at the 2020 London E-Prix.