Held each March, the Cheltenham Festival attracts the most talented trainers, jockeys and horses, with 28 races, including 14 Grade One races, over four exciting days. Racing in the Cheltenham area dates back over 200 years and is recognised as the showpiece event of the National Hunt season. However, this year would be very different.

As the days of national lockdown continue, another highlight in the British sporting calendar comes and goes. Racegoers would have swapped their race day outfits and beverages for home comforts, for the pinnacle of the jump racing season. Despite the empty stands, it was to become a very dramatic four days with many highlights and memorable moments. Here’s our review… 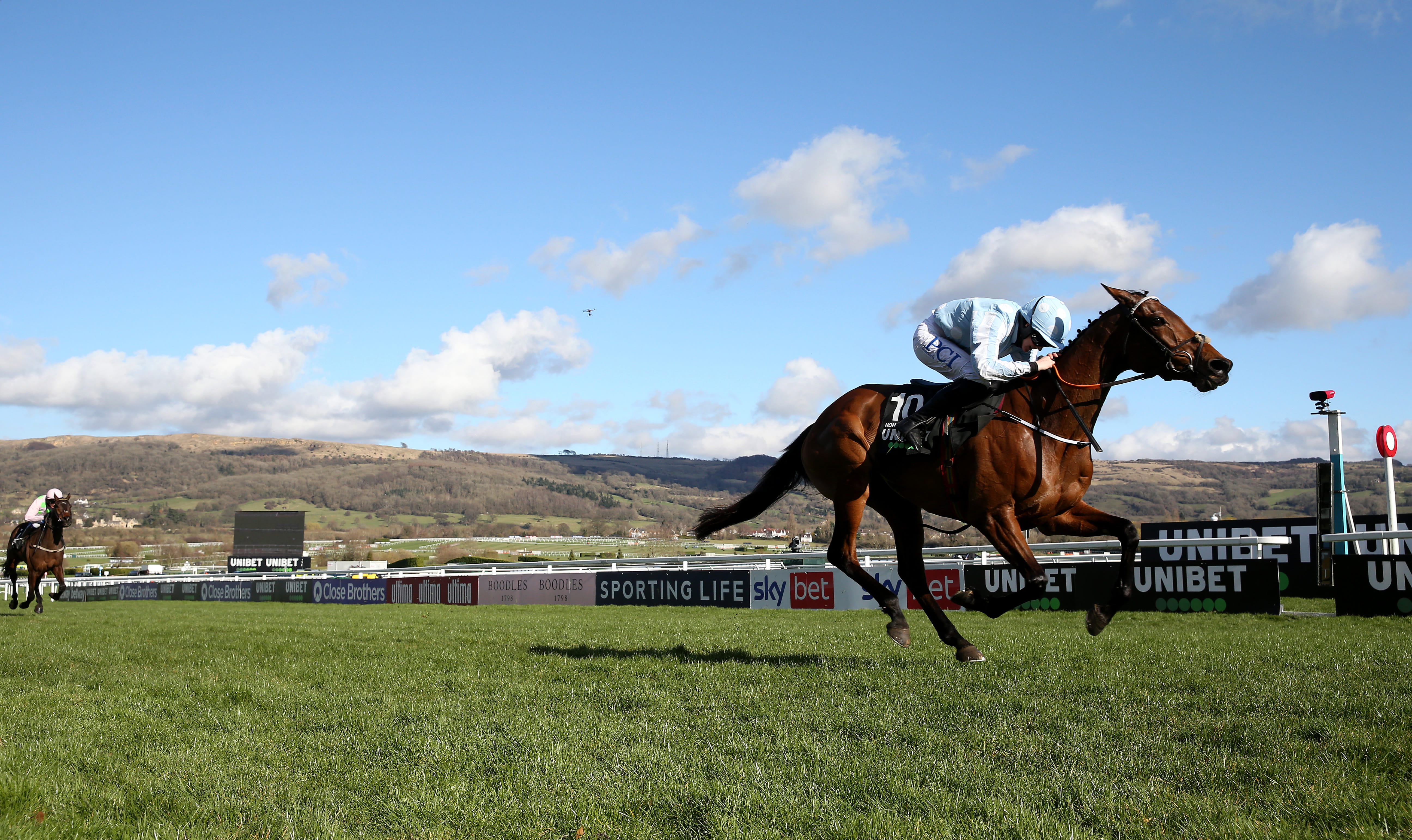 Day 1: Glory for the girls; Blackmore and Honeysuckle make history

This particular festival is noted for its incredible atmosphere; the ‘Cheltenham roar’ is achieved by the thousands of spectators and the huge amounts of noise they generate. Yet, we can only dream of the raucousness that would have echoed through the stands when superstar jockey, Rachael Blackmore, stormed up the home straight and into the winning enclosure. Blackmore made racing history as she became the first female jockey to win Cheltenham’s Champion Hurdle with victory on Honeysuckle.

It was a landslide win for the Irish rider, and an 11th successive victory for the unbeaten mare, who galloped six and a half lengths clear of their rivals up the hill. Whilst another win was coolly claimed for trainer Henry de Bromhead, it was a win for the girls also, as the 31-year-old jockey put the battle of the sexes to bed.

Moreover, Cheltenham’s first race of the year, the Supreme Novice’s Hurdle, saw a comfortable win for trainer Willie Mullins. Mullins’ Appreciate It ran a perfect race under Paul Townsend, who secured a 24-length win. Meanwhile, day one’s penultimate race, Juvenile’s Handicap, saw a winner defying the odds, as Jeff Kidder found the gap in the field to come through and win.

The sensational first day rounded off nicely with a brilliant National Hunt Chase. Galvin was chased all the way home by Next Destination however held his lead and managed to claim first place. 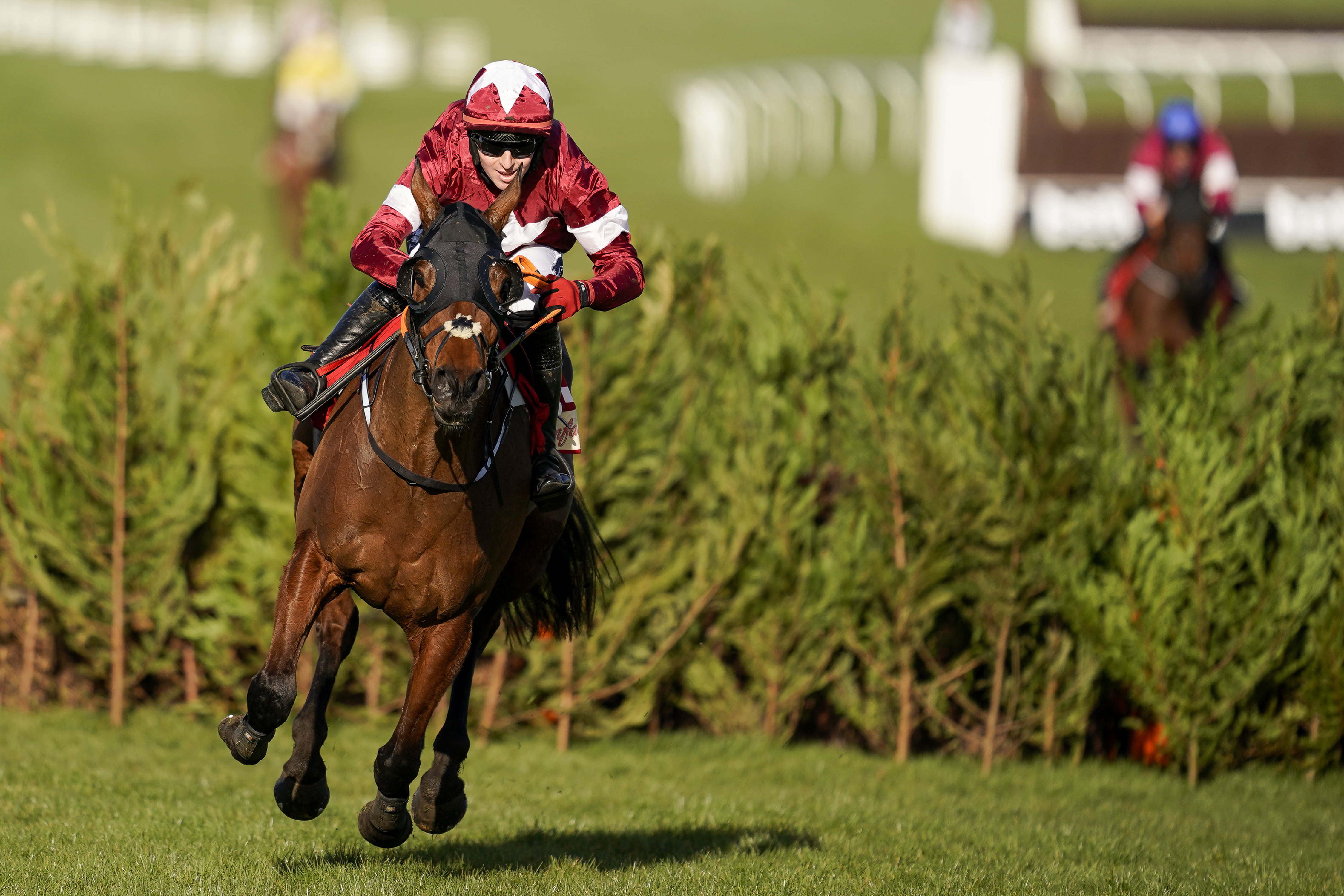 Day 2: Tiger remains on a Roll

The people’s favourite proved he is still a class act and is one of the most accomplished horses in National Hunt history. Tiger Roll put on a perfect performance as he skipped round the Glenfarclas Chase, coming home 18 lengths clear of second place Easyland. The effortless completion of his fairytale fifth Cheltenham victory certainly defied his doubters.

Furthermore, firm-favourite Rachael Blackmore continued her excellent Cheltenham Festival stint with two more wins. Blackmore guided favourite Bob Oblinger to her first win of the day in the Ballymore Novices’ Hurdle, before scoring a five-length victory on Sir Gerhard in the Champion Bumper. It was happy St Patrick’s Day indeed! 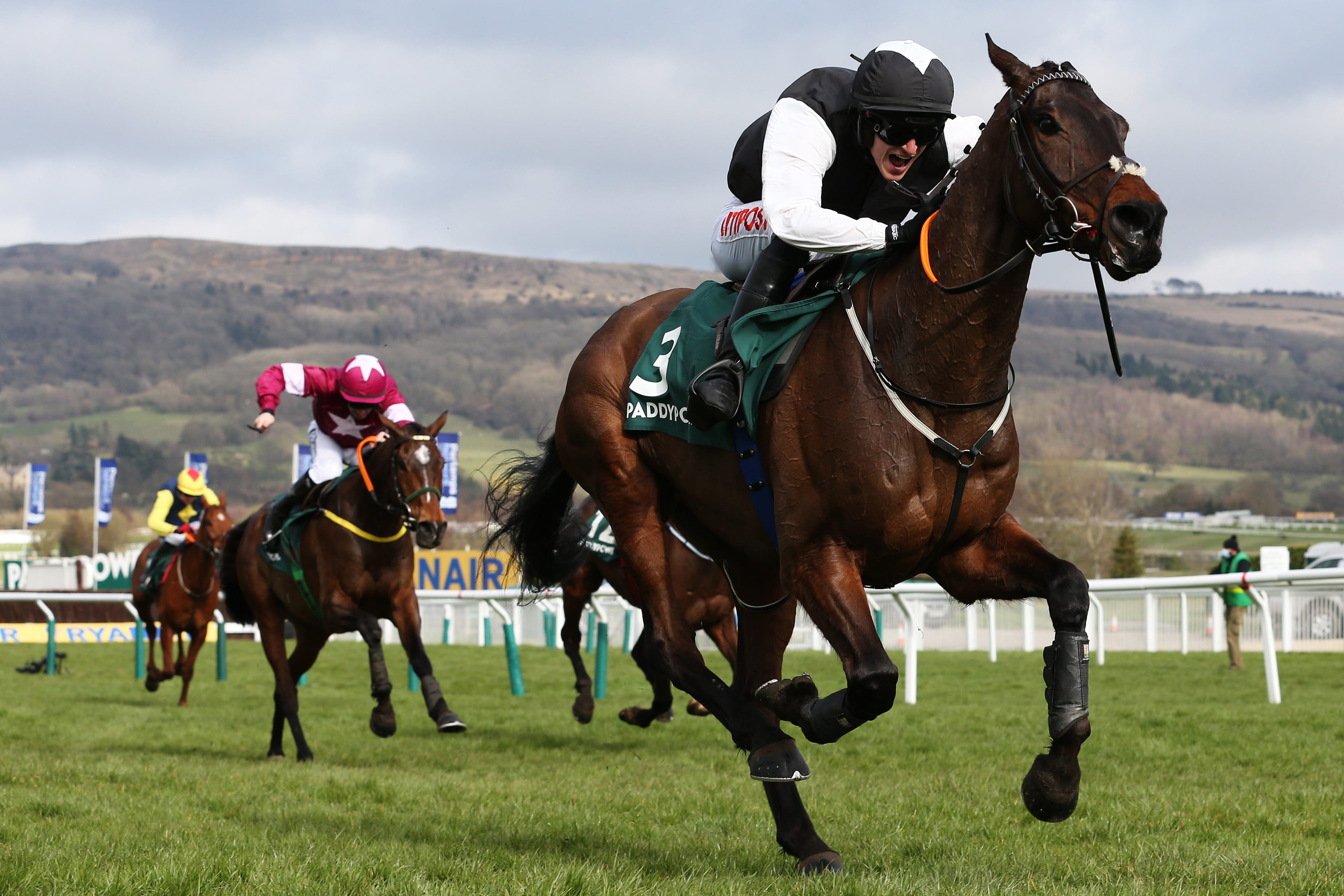 Day 3: The Blackmore effect and a Mullins family affair

It’s not just about Willie when you hear the name Mullins anymore. In fact, his nephews, Danny and Emmet are now keeping the name synonymous with the Cheltenham Festival.

Despite only given an hour’s notice to ride Flooring Porter for Gary Cromwell, Mullins produced an incredible front-running performance in the Stayer’s Hurdle. It was the 28-year-old’s first Festival winner - in a Grade One race too.

However, it was troublesome trio Rachel Blackmore, Willie Mullins and favourite Allaho that stole the day three glory. Whilst the famous RyanAir Chase is supposedly one of the most open showpiece races of the Festival, Blackmore made a mockery of this open nature. Allaho set a keen and furious pace from the outset, and it didn’t take him long to run his rivals ragged.

But that’s not all - ’the Blackmore effect’ continued as she went on to win the Mares’ Novices’ Hurdle on Tellmesomethinggirl. After picking off the field at the back, she spotted the gap and went full steam ahead to go first over the finish line.

One more Blackmore-de-Bromhead victory, one more triumph for team Mullins, and two steps closer to leading female jockey for Rachael Blackmore. All in a day’s work, right? 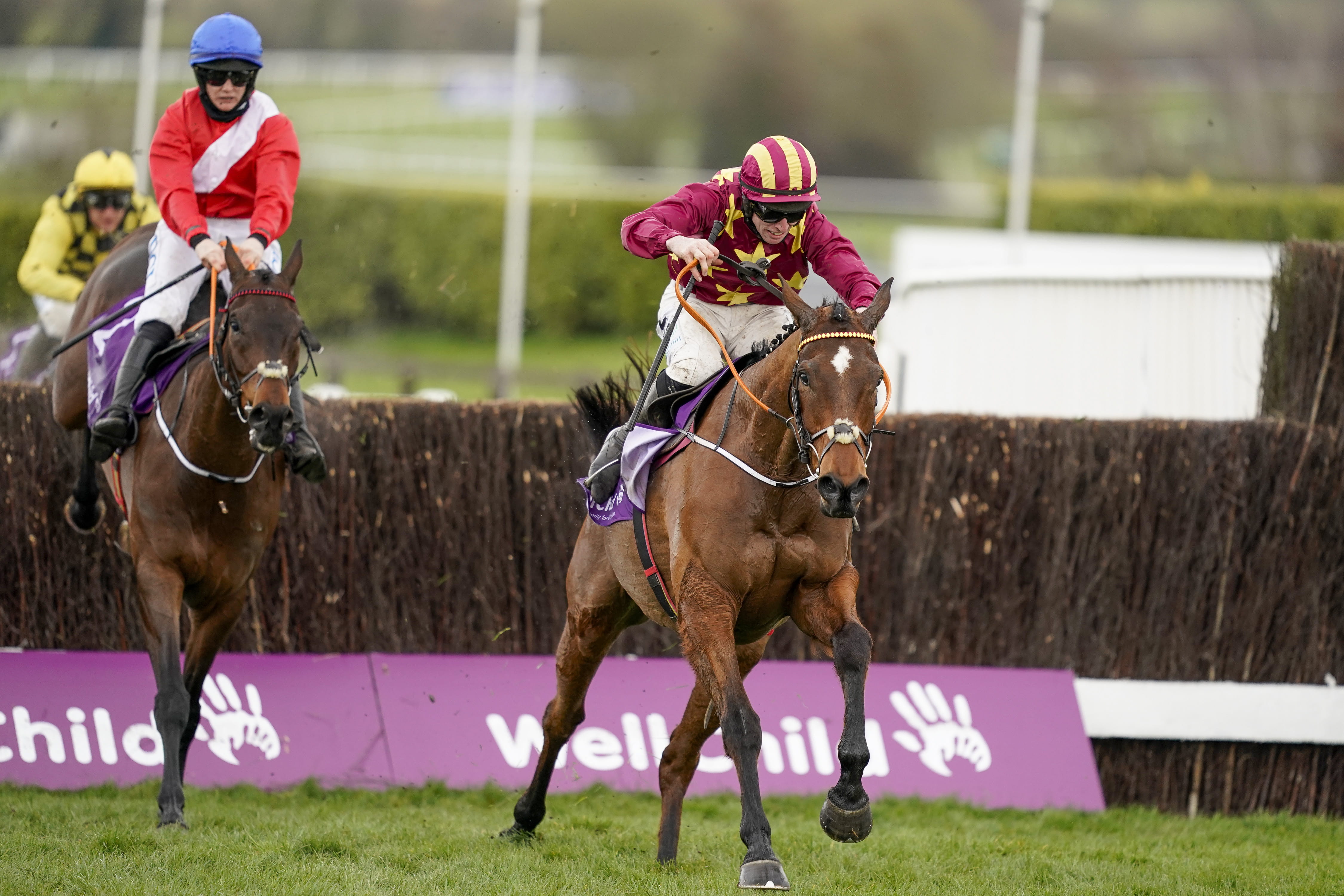 A week of incredible winners and shocking results finally came to a close with a hectic final day at Cheltenham.

What better way to start Day 4 than with a triumph at the Triumph Hurdle? It comes to no surprise that standout star Rachel Blackmore bagged this win, on board on Quilixios, taking her winners tally up to six.

However, all eyes were on the showpiece race, the Gold Cup, which has a whopping prize money value of £625,000. It was this race that would see Henry de Bromhead rewrite Cheltenham history. With 21-year-rold Jack Kennedy riding Minella Indo to victory, de Bromhead has become the first ever trainer to win the Champion’s Hurdle, Champion Chase and Gold Cup at a single festival. Rachael Blackmore came in second on A plus Tard, whilst pre-race favourite, Al Boum Photo, finished third.

Meanwhile, the Foxhunter’s Chase became the first photo finish of the week. It was only the length of a nose that separated first and second place, but Porlock Bay came out as the winner, bagging a triumph for the Brits.

The Mares’ Chase saw Colreevy and Elimay giving it tall they had right up to the finishing post. However, it was Colreevy who made it over the line first, scoring a win for Paul Townend and a back-to-back win for Mullins.

Yet, despite coming second in the Gold Cup and failing to place in the Mares’ Chase, nothing could extinguish Blackmore’s fire; Rachael bagged six wins in her four days at Cheltenham. That’s more wins that the whole of Britain produced…Rachael, we salute you!

Champion trainers Willie Mullins, Nicky Henderson and Henry de Bromhead are certainly frontrunners for the rest of the jump season, who collectively bagged 16 wins this year. Jockeys Jack Kennedy, Paul Townend and rising star Rachael Blackmore also have a very exciting season ahead of them. Perhaps it was just as well the roar was virtual this year – the bolts of the roof would have certainly needed tightening!