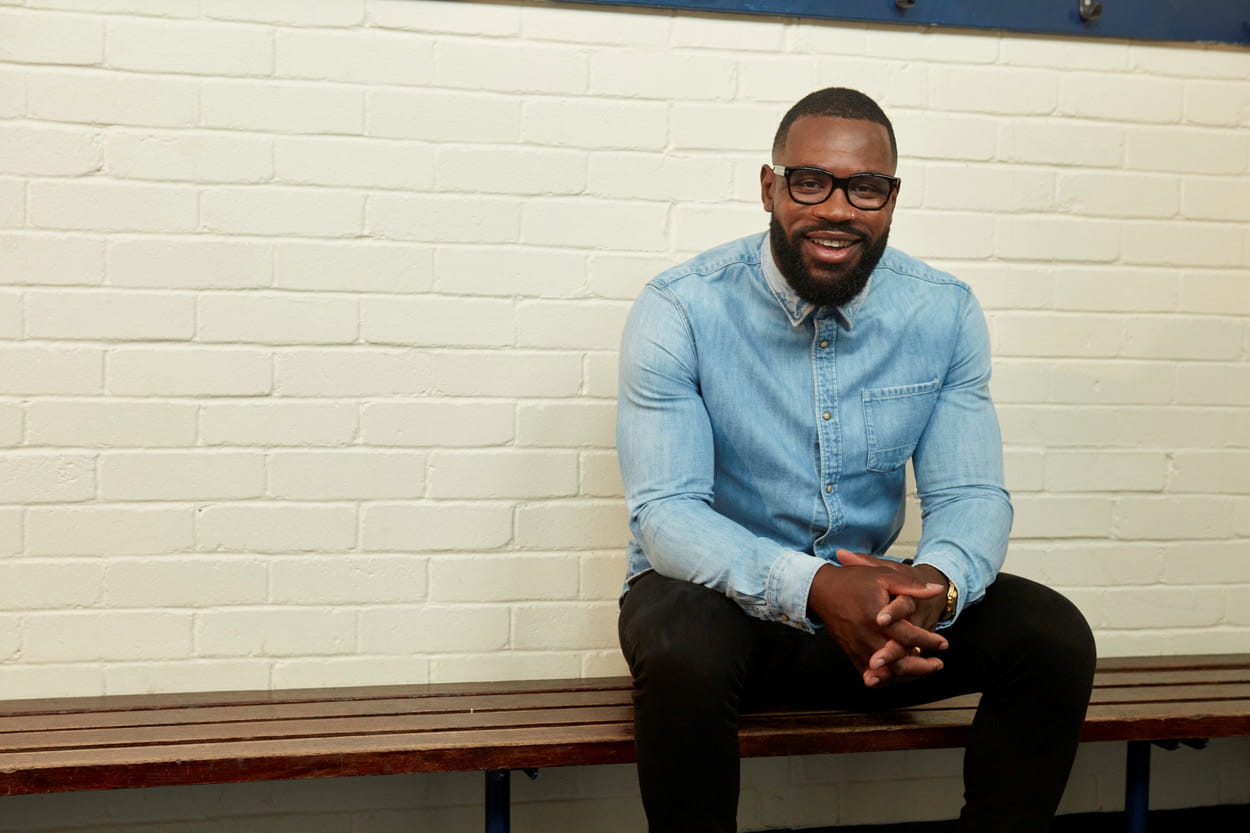 What is it like being an England rugby player, dealing with set-backs and becoming a Lion? Well, we gave Phil McGowen’s ‘From the vaults’ podcast with England Rugby Hospitalities new brand ambassador, Ugo Monye, a listen to find out more.

In this blog we’re going to look a little closer at some of the key moments in the podcast, giving you the opportunity to get to know the England Winger, Harlequin Winger and the ERH Brand Ambassador a little more.

During the podcast, Ugo commented on rugby returning to Twickenham, saying: “It’s Huge! In Autumn we will get some of the world’s best back to Twickenham, we will welcome everyone with open arms.”.

Growing up and the early years

Ugo grew up in Islington north London, and believe it or not, initially wanted to play football for Arsenal. It wasn’t until age 13 when Ugo started at Lord Wandsworth College when he first got his hands on a rugby ball. Fast forward slightly – McGowen asked “as a young man when you get to that situation it’s really sink or swim isn’t it?” on making his professional debut for Harlequins. Ugo Responded “It really is! I walked out from the college system into a changing room filled with world class players, being expected to perform at that level” – and perform he did!

Dealing with set-backs and turning them to success’s

Throughout his career Ugo suffered many injuries and set-backs that made him into the world-class player he became. The first set back came in 2002 when Ugo broke his toe - an injury that would put him on the side lines for 6 weeks. At the same time Keith Wood (Voted world player of the year) was recovering from shoulder surgery. Ugo said “He took me under his wing for those 6 weeks, through his actions Keith showed me what hard work and professionalism looked like. He had a huge impact on my career.” Ugo spoke about being invited to England u21 trials, and neither him nor his roommate at the time (Matt Stevens) made the cut. However, he went on to say they both had the self-belief that they would play for England one day as well as stating: “you can choose to believe you’re not good enough or do what I liked to do and prove people wrong.”

A few weeks later Ugo was invited to play sevens for England out in Brisbane. Winning player of the tournament, he played a vital role in England winning their first ever leg of a world series. After the tournament the u21’s coach called offering Ugo a place in the squad he got declined for just a matter of weeks before. Ugo played his first game against Scotland scoring two tries. In the podcast he reflected on that moment stating “I was happy I proved everyone wrong. I feel like there’s a common theme on the back of every setback, something positive comes after.” 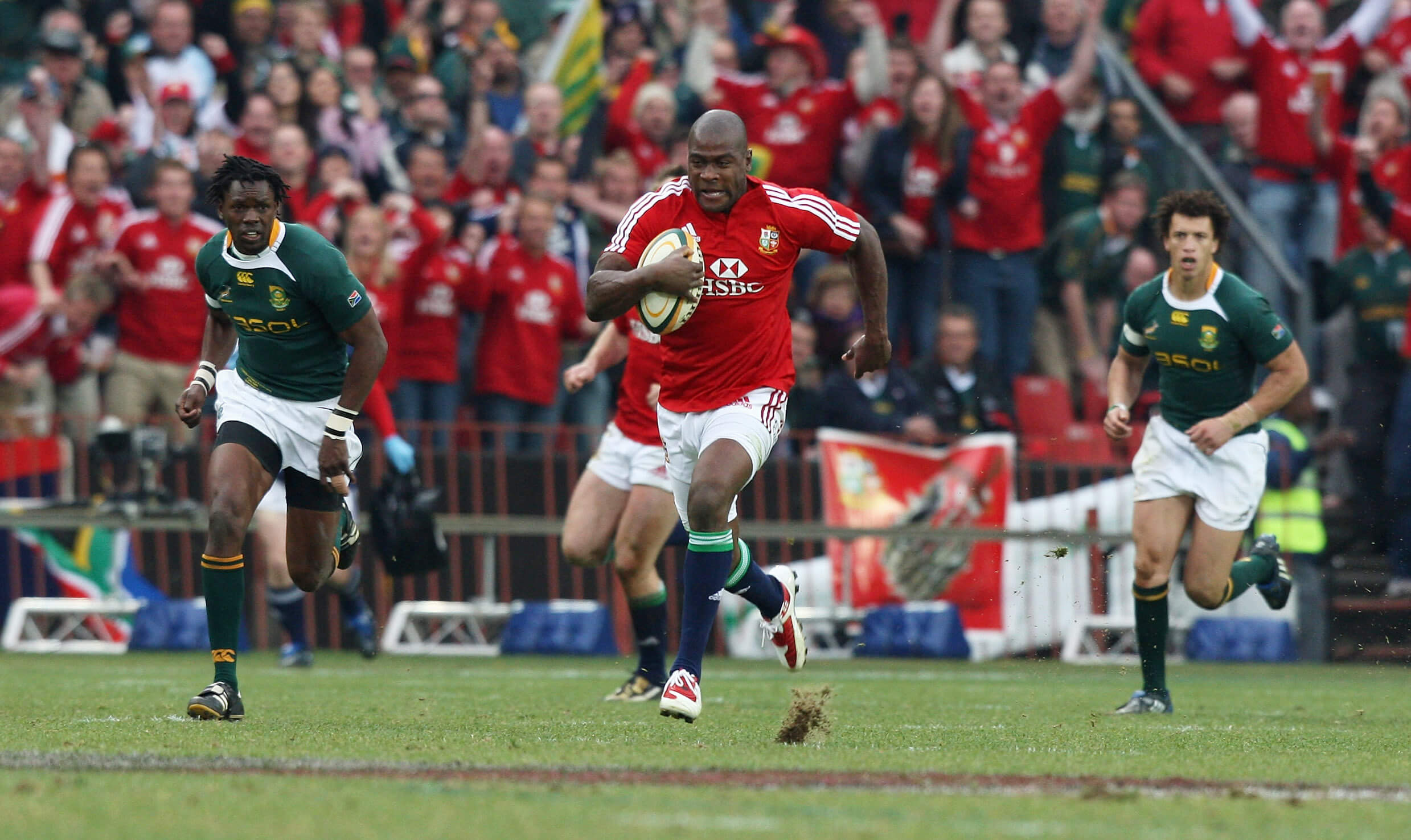 Becoming an English and Irish Lion

The 2009 six nations came around, and disappointingly Ugo found himself on the side lines for the first 3 games of which England won the first but lost the next two against Ireland and Wales. This bad fortune for the team bought a much-needed change in players, giving Ugo a chance to prove himself. Playing well in a convincing win in Paris against the French, Ugo kept his place for the Calcutta cup against Scotland. Monye scored his first try against Scotland and believes that was the game that got him into contention for the Lions tour to South Africa that same year.

When the selection announcement was made Ugo reminisced on being so emotionally drained; but to be offered, in his opinion, the opportunity to wear the best jersey in rugby was special. Scoring 4 tries in the regional matches building up to the first test, Ugo remembers feeling confident going into the test matches. “Looking back, it was clear decisions didn’t go our way and to this day it is still bitterly disappointing we didn’t beat the South Africans in their back yard.”

One exciting memory to come from that tour was the interception try Ugo scored in the third test. In the podcast, Ugo reflects remembering it was a risk vs reward split second decision. “Go for the intercept and knock it on, I get a yellow card vs Intercept and score a try still talked about 12 years later.”. Lucky for us Ugo caught the loose pass – he went on to say - “It was the greatest feeling I’ve felt on a rugby pitch.”

If you’d like to find out more about the Autumn internationals this November, where England will welcome Tonga, Australia, and World Cup winners South Africa to Twickenham Stadium – click here.