What an autumn awaits England rugby fans after the echoing emptiness of the last year or so. I almost shed a tear during that epic Premiership final between Harlequins and Exeter, more for the absence of fans at Twickenham than anything. When 82,000 people lend their passion, their voice, to a great game of rugby, the result is an afternoon or evening to live in the memory.

I can close my eyes and still recall, move by move, roar by roar, the French comeback against New Zealand in what I think of as the greatest World Cup semi-final of them all. That was 1999, last century; the game in which the game's biggest superstar, the late, great Jonah Lomu, stomped all over France before the never to be forgotten second half. Rugby Union at its greatest with arguably its greatest player bestriding the field, this time in defeat. Born in New Zealand, Jonah's roots, his parents, were Tongan. Tonga will be the first side England face in an autumn that looks both backwards and forwards to the World Cup.

England's Vunipola brothers, along with the outstanding Wales Number 8, Taulupe Faletau, are amongst the many magnificent Tongans to grace the game. This small Pacific Island has, one way or another, had quite an impact upon the sport. When they deliver their war dance, the `Sipi Tau' before kick off on November 6th, I'll be standing in respect for a wonderful rugby nation. 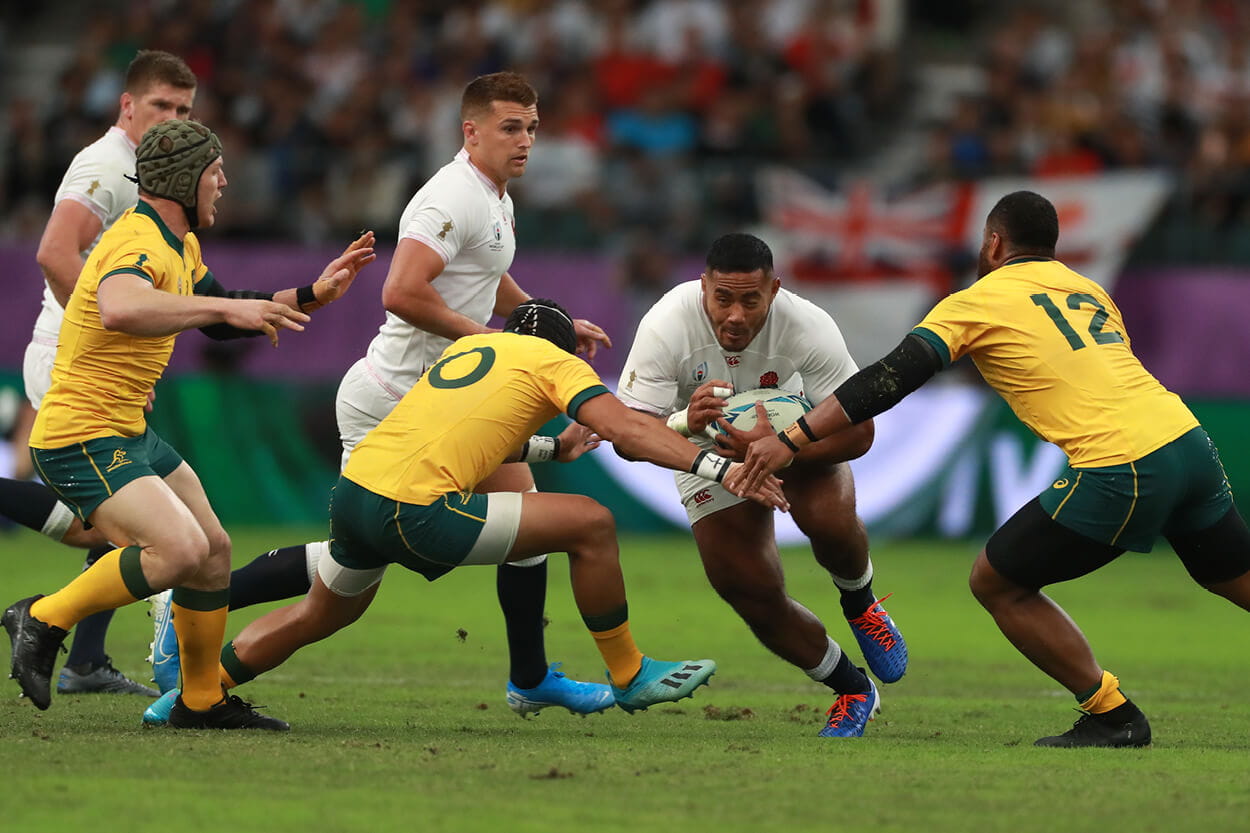 We are at the halfway point in World Cup cycles. Time to stop looking back and start peering over the horizon towards Paris. Last autumn England won the Autumn Nations Cup but the quality of their performance was lacking. Their 5th place in the ensuing 6 Nations came as no surprise. A few of us went into the autumn of 2020 with a sense of trepidation. England were playing too little rugby, scarred perhaps by the loss in the final. This time around there's palpable excitement. It is a squad geared towards 2023 rather than one out to atone for the 2019 final.

What an ironic touch that the three games kick off with England's first opponents in the 2019 World Cup – Tonga – and finish with the team that ended their hopes in the tournament's finale, South Africa. Between them is an Australian side that beat the Springboks twice this summer, making great strides under the excellent tutelage of their Kiwi (and former Glasgow Warriors) coach, Dave Rennie.

The All Blacks may not be coming but this is a perfect set of opponents for an England squad that will experiment more this November than last. Rugby fans will have noticed how New Zealand utilised an extensive squad through the course of this Rugby Championship. England should do likewise. A year ago, Jones was still looking backwards. Winning, but at too great a cost. This squad is packed with sufficient talent to beat perhaps all bar the All Blacks. But there is enough young talent to focus on the performance of the team and young individuals almost as much as the result.

Last year England lived down to autumnal expectations. This time, I am as excited as I have been in quite a few years.

Jones is right to omit a large contingent of Saracens from his initial 45-man squad. The Vunipola brothers, Elliot Daly and Jamie George have suffered from an absence of top-class 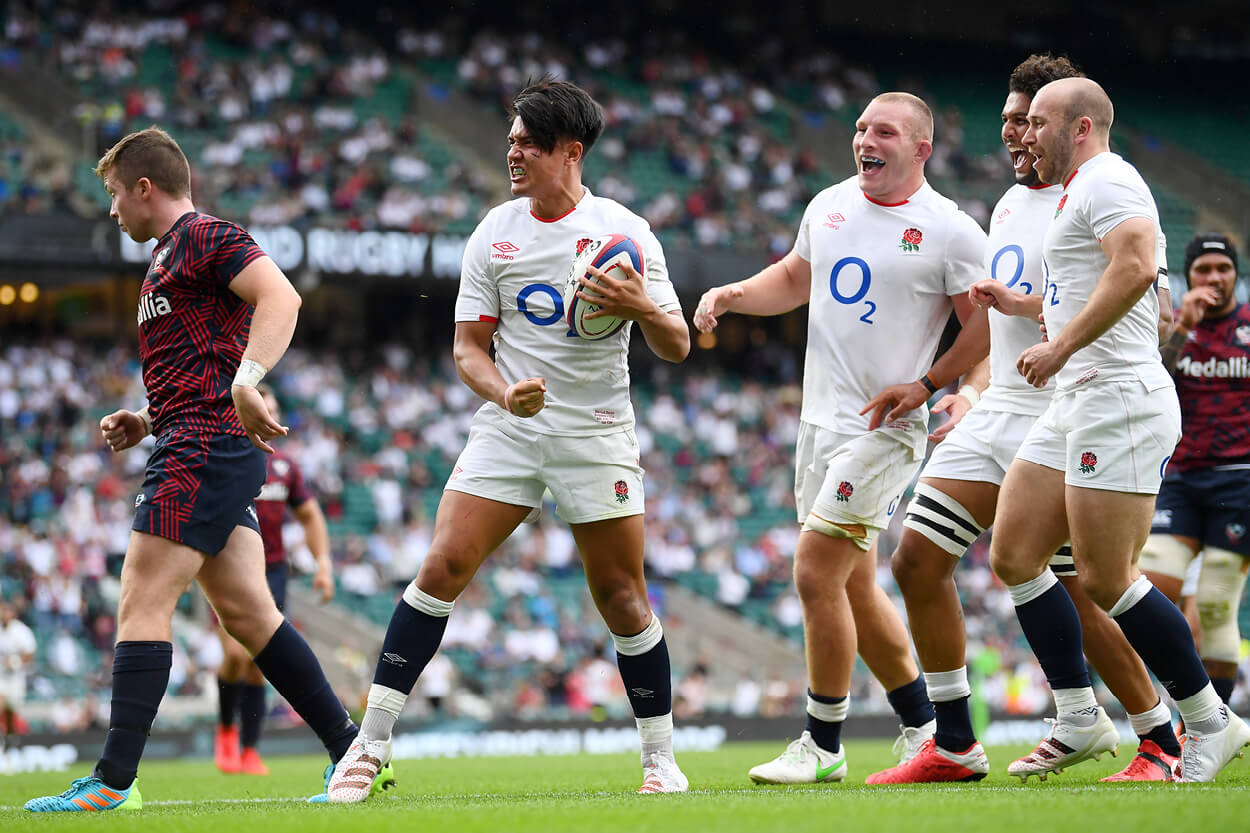 rugby. Their limited impact during the Lions tour emphasised the fact.The same can be said for Owen Farrell. He has been a long way from his best for a long time. There will be a national outcry if the rugby nation's new darling, the fast-developing Marcus Smith, does not get first crack at fly half against Tonga. His Harlequin’s form has been backed up with three displays of calm authority – and outstanding goal kicking – in the red and white of England and Lions. He is the headline for the Autumn. But what to do with the squad captain? The natural foil for Smith at the highest level is Manu Tuilagi, a powerful inside centre capable of taking the load of physical pressure. Fit, as I write this, let us hope he remains so until November. He would be dynamite outside the gain line trickery of Smith. As for Farrell, he's not the sort to hand over his place (and with it the captaincy) without one hell of a fight. The 10-12 axis is fascinating in its own right.

In the back 3 both Anthony Watson and Jonny May are coming under pressure. In particular, Newcastle's Adam Radwan is proving a sensation. A hat trick on his debut against Canada alerted many to his assets but the try he made against Harlequins and the one he scored against Bath in the opening rounds of Premiership rugby were startling. It would be no surprise to see him given first crack against Tonga. Leicester's Freddie Steward, Sale's Raffie Quirke and Harlequins Alex Dombrandt are all potential headline acts whilst everyone will want to see whether now is the time for Exeter's Sam Simmonds. 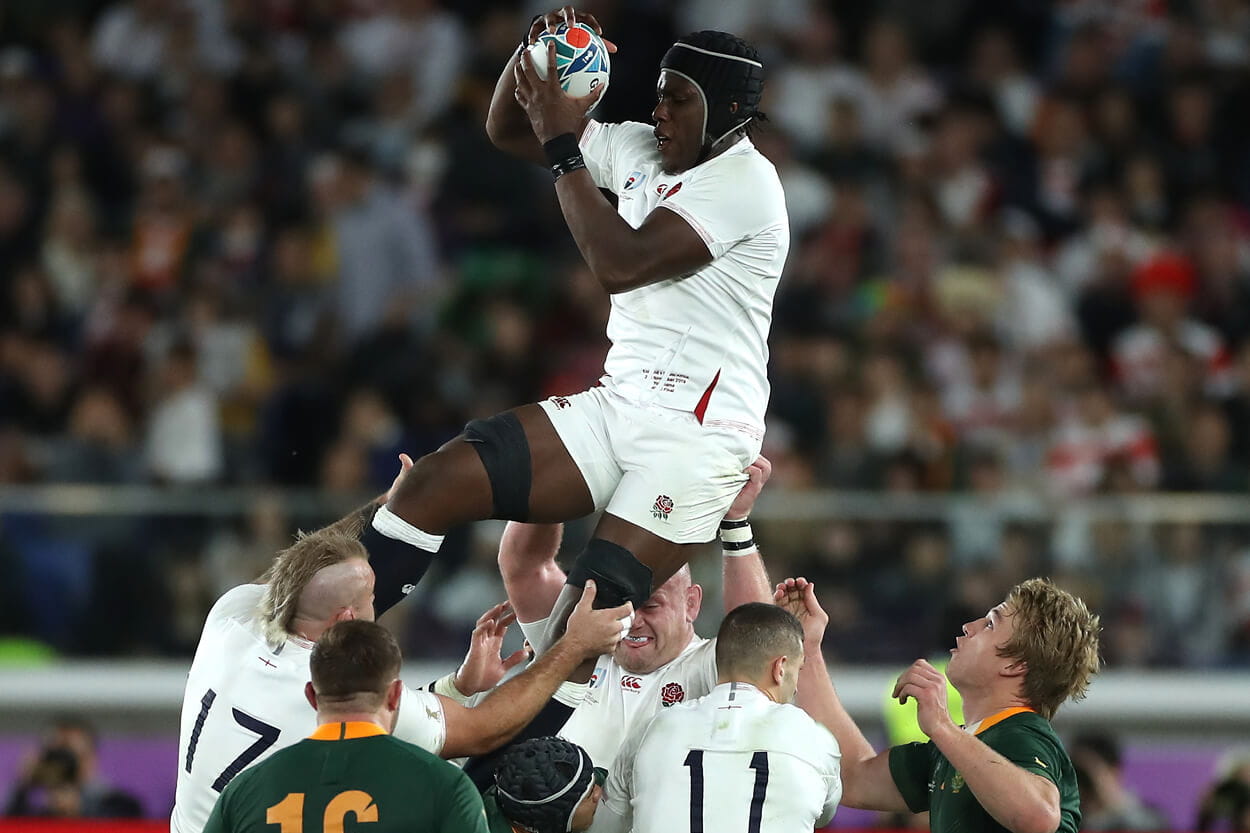 Australia will prove as worthy an opponent as the World Champions. If Samu Kerevi is allowed time off from club commitments in Japan to travel north, whoever plays 12 for England will be facing the best inside centre in the world. Wallaby skipper, Michael Hooper, has been sensational this year. There's no better seven on the planet. Australia is more, much more, than a warmup for South Africa.


Despite beating the Lions, it has been a hard year for South Africa. They have been criticised for their limited style. Whilst winning, they didn't care. But a significant number of defeats means they will be under pressure at Twickenham. England will desire revenge, as a kick start to Paris. They are more than capable of getting it, especially if they have the courage to pick up the pace of the game.

All this, plus the heavyweight rematch, Maro Itoje versus Eben Etzebeth. That's worth the price of a ticket alone. It is one hell of an autumn lying in wait for England and their fans.

If you want to get down to Twickenham to see Eddie Jones' men battle it out against Tonga, Australia and South Africa - There's still time! Secure your place today by clicking here.