The 2019 Six Nations ended at Twickenham with an epic of utter insanity as Scotland fought back from a 31 point deficit to draw with England. Not for the first time, England looked vulnerable when opposition gained any degree of ascendancy. The same cannot be said for Wales. A grand slam and a tactical masterpiece of a performance against Ireland from the first minute try on. Ireland looked a team a year out of time. There is much work to be done for Joe Schmidt, much dreaming to be done by a Welsh public whose team are deservedly ranked two in the world. Wonderful for Wales, dismal for Italy who continue to lose although France, poor again, were fortunate to beat them in Rome.

England huffed and puffed to defeat in Paris but Jason Robinson's try, one attacker against three defenders, was a reminder that there remained room for genius in the game. It wasn't the greatest pass he received from Matt Dawson at base of the scrum, so what? His balance and acceleration was a moment I'll never forget. 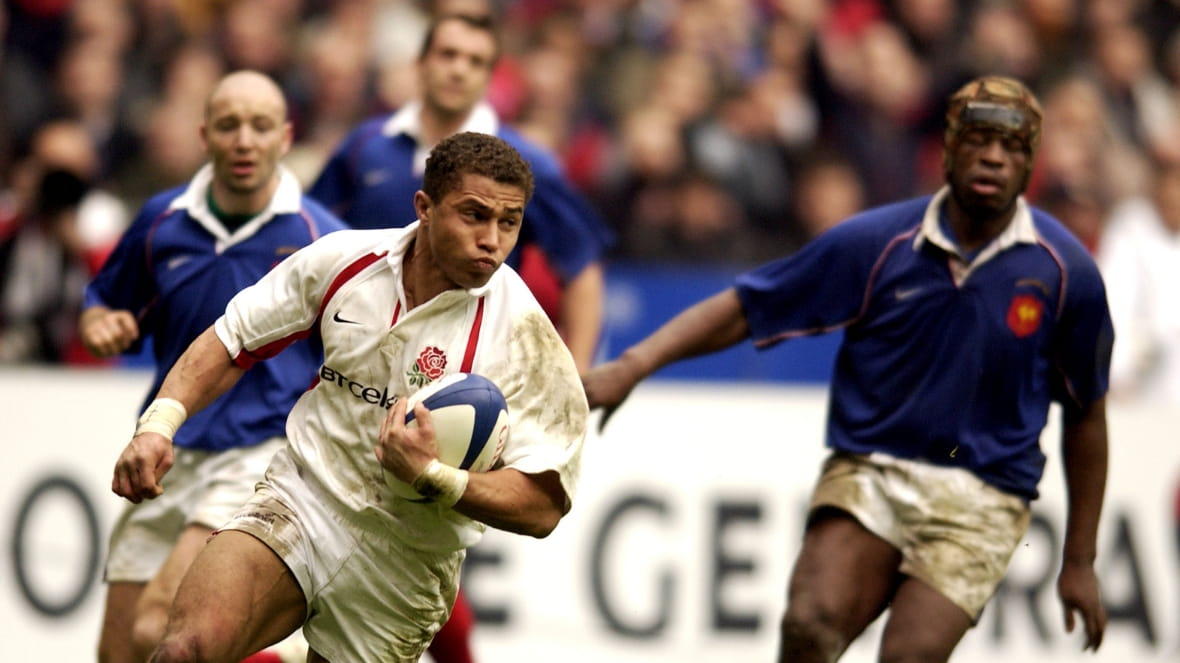 To English fans a Wilkinson drop goal was a thing of beauty. The one dropped off his `wrong' right foot in the Grand Slam 6-42 rout of Ireland in Dublin summed up the efficiency of Martin Johnson's team as well as sending out a warning to the Wallabies of what was coming their way later that year in the World Cup final. 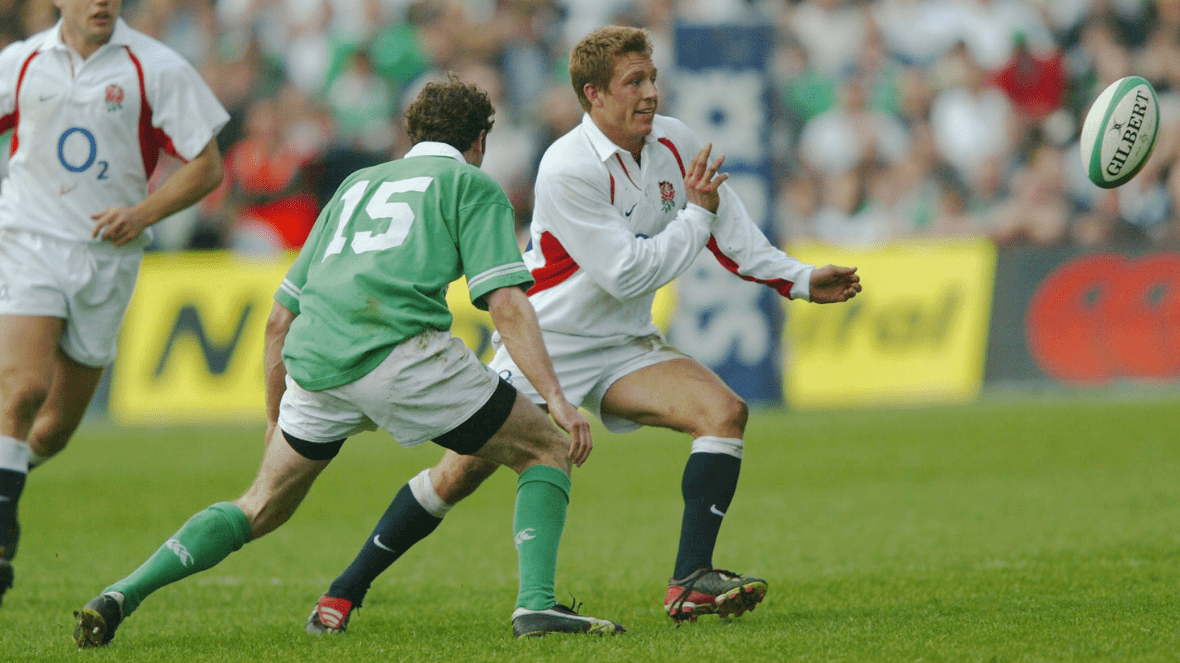 Dimitri Yachvili's clever grubber kick and chase try was the moment when France were revenged for the semi final loss in Australia. It was the highlight of a masterful performance from the Biarritz scrum half as he kicked the goals and made this soon to be Grand Slam French team's only other try.

A choice of two moments; don't say I am not generous. One, Gavin Henson dumps England's Matthew Tait on his backside or, 2, with England leading 9-8, the glitteringly talented Welshman thumps a long range penalty to beat their enemy as Cardiff rings out with hymns and arias, songs and praises. 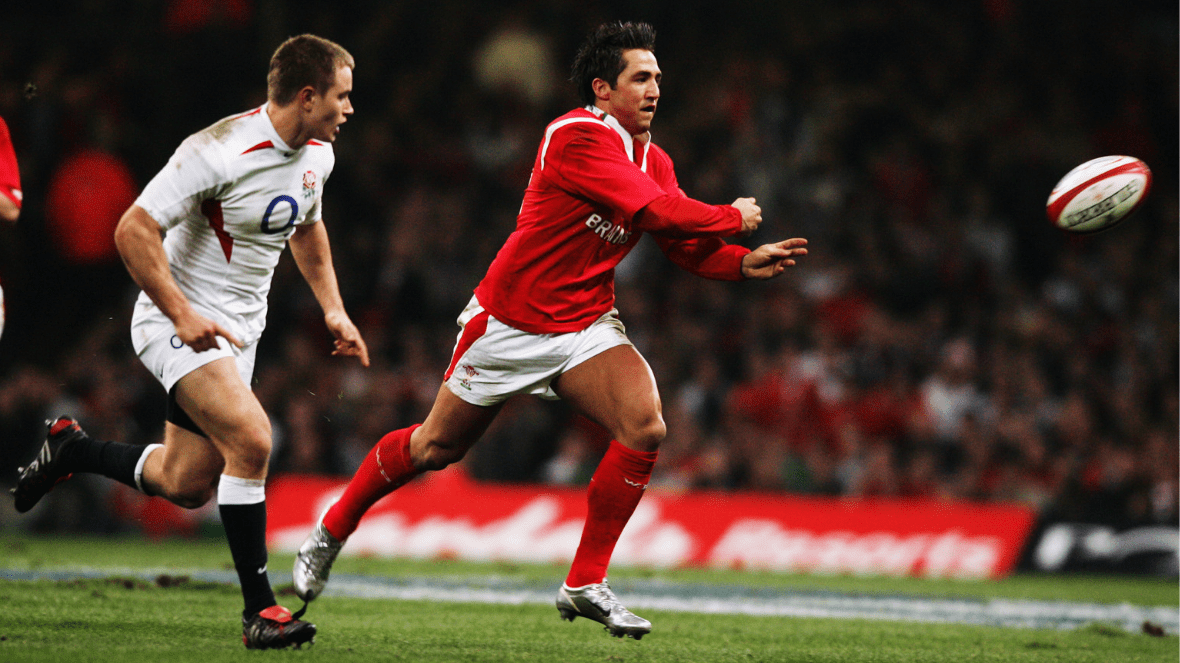 More a matter of atmosphere than anything else, the silence at Croke Park when the English anthem was played made fools of those who promised seething animosity in the home of Gaelic sport. It was a triumph for Anglo-Irish spirit, not to mention Paul O' Connell, who gave an inspired, towering second row performance

Staying with an Irish theme, Ronan O' Gara's long range drop goal in the 78th minute in Cardiff put Ireland ahead against Wales and two minutes from their first Grand Slam in 61 years. The moment his Munster achievements were matched in the green of Ireland. 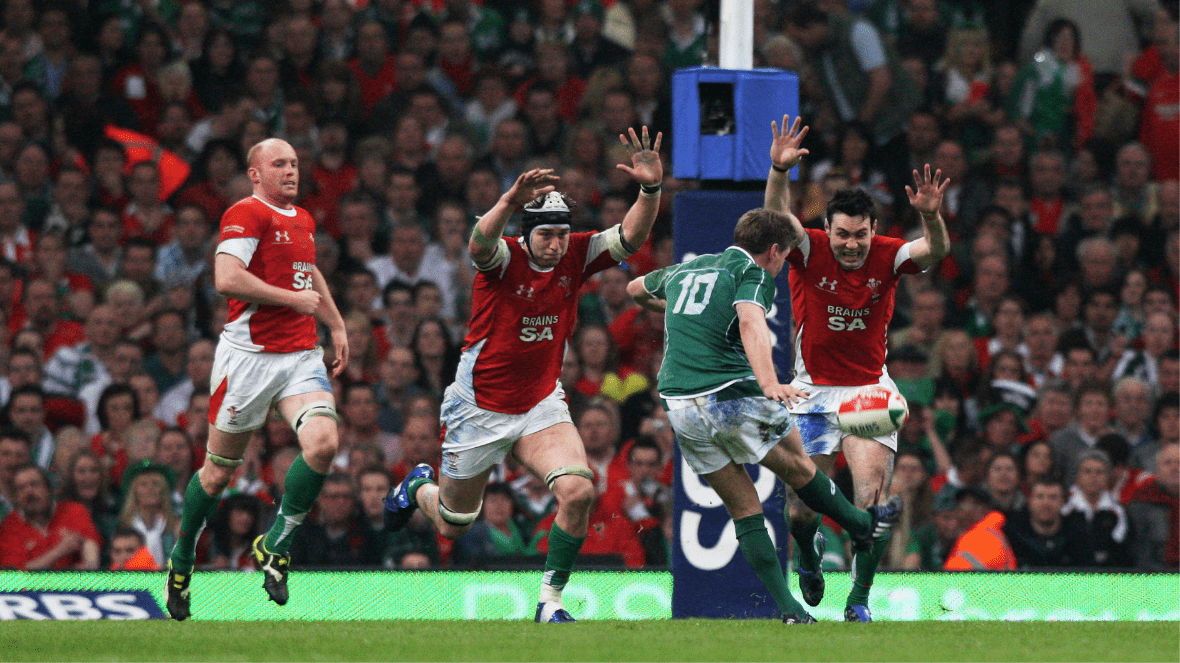 Luciano Orquera popped up to give a second half try scoring and what would prove match winning pass to the operatic Martin Castrogiovanni as Italy stunned France. It rounded off the day when the ungainly Italian fly half played like Barry John. A week later he was dreadful against Scotland. The ultimate rugby case of hero to zero.

Elliot Daly dives into the corner for a 75th minute match winning score which will enable England to successfully defend their Six Nations title. What is so memorable about the moment is the quality of George Ford's pass to Owen Farrell and then Farrell's inch perfect delivery to the Wasps winger. English magic in the land of wizards.

...and the clock ticked on. Ireland were behind and going through the phases in Paris. The commentators were beginning to run out of phrases when Johnny Sexton decided enough was enough. He stepped up – more than 40 metres out at the end of an exhausting game in conditions too soft for a kicker - and proceeded to send the perfect strike through the posts. Had the kick been to win a Grand Slam and not a first Six Nations game it would have a play written about it by now.

My man and moment of the tournament was all wrapped up in Welsh skipper, Alun Wyn Jones. Ireland, 19-0 down, kicked a restart out on the full. The Welsh skipper sprinted, twenty metres ahead of his team mates, first man at the scrum, first man in every way. 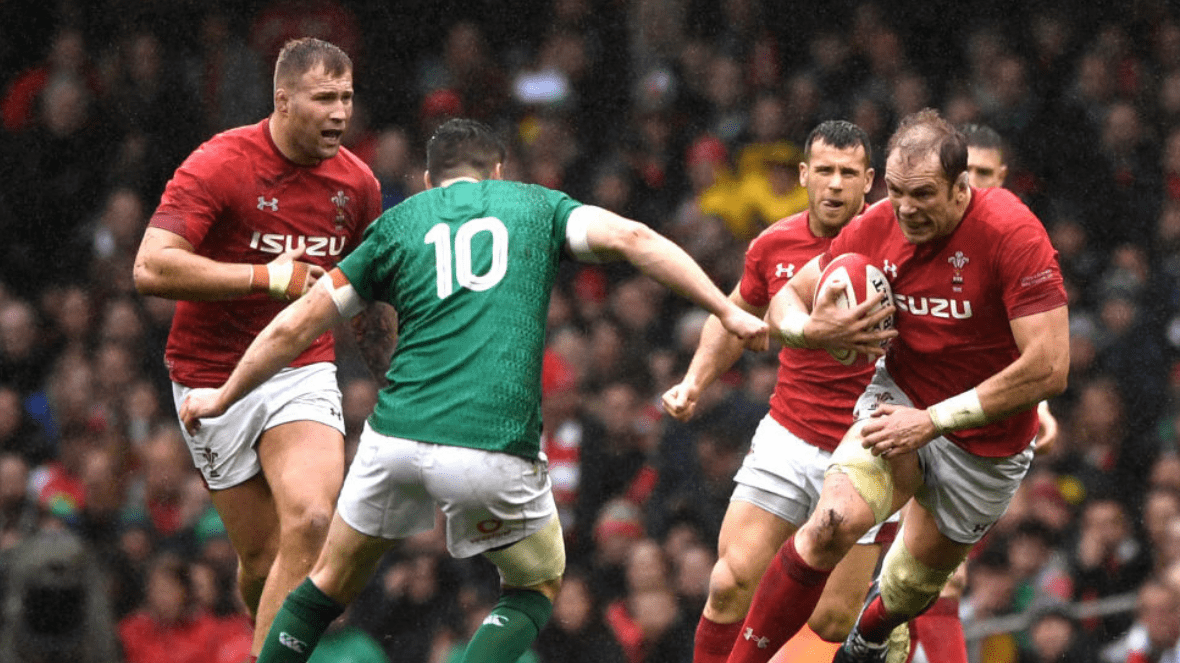 This post was originally published in January 2019 but has been updated to acknowledge the Six Nations 2019 performances.