England secured a crucial 24-12 victory over Ireland on Sunday in the Guinness Six Nations. It was a commanding performance from the hosts, in what was their first home game of the campaign.

With Wales set for the Home of England Rugby next, before a trip to Italy to round off the campaign, the Championship title is still on the table for England following their impressive performance against the Irish.

A bullish, belligerent England got on the front foot against Ireland right from the off at Twickenham Stadium on the weekend. With the Irish defence unassured, England pounced on a couple of defensive mistakes from the visitors to stretch out to an early lead.

George Ford touched down in the seventh minute as Ireland’s 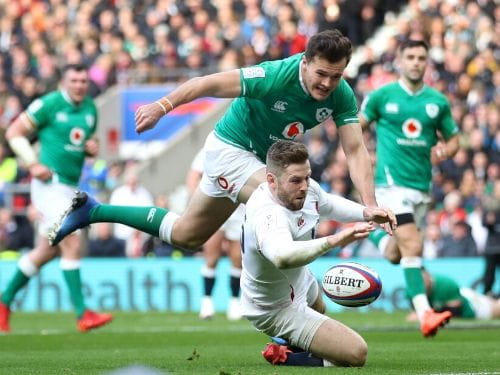 England went in at the break 17-0 ahead, their biggest half time lead over Ireland in the past 18 years. It largely came about from their ruthless punishment of Irish mistakes and from their defence being a step quicker than Ireland’s attacking platform.

Following a powerful maul, replacement Luke Cowan-Dickie crossed for England’s third try of the match in the second half. Despite some Irish resurgence, the hosts comfortably saw the game out and now have a fortnight’s break before lining up back at Twickenham Stadium for another make-or-break match, the visit of Wales.

England’s commanding 24-12 success over Ireland leaves them four points behind surprise Championship leaders France with two to play. So, their title hopes are not entirely in their own hands. England are going to need a favour from either Scotland or Ireland in beating France, to allow them the opportunity to storm through the door and grab their first Guinness Six Nations title since 2017. 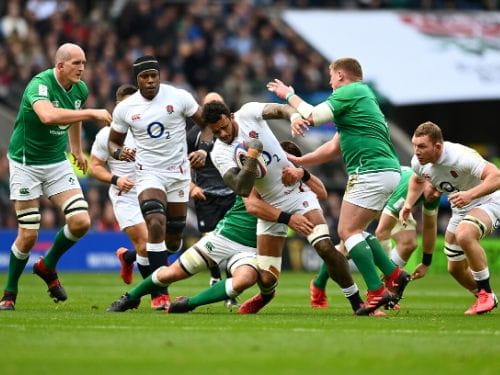 Courtney Lawes walked away with the player-of-the-match award against Ireland after being deployed at blindside flanker. He was in the back row because of Tom Curry’s switch to number eight in the absence of the injured Billy Vunipola.

Missing Vunipola is a big loss - but the performance of England’s starting flankers Lawes and openside Sam Underhill were a massive influence on the game. The work that they combined to do at the breakdown prevented Ireland from getting any kind of pressure on Curry. That in turn allowed Curry to sharpen up his relationship with scrum-half Ben Youngs from a more attacking perspective.

While Lawes took the majority of the plaudits, the understated Underhill produced 21 tackles, the highest count by any individual in the entire weekend of Guinness Six Nations action.

The fact that Curry, aided by his teammates, won the battle of the number eights against in-form CJ Stander, speaks volumes for the united front that the England pack produced.

Manu Tuilagi’s return to the back line following injury was another key element to England’s tactical dominance over Ireland. His sheer marauding power in the centre set a resounding tone early on. Tuilagi was less exposing cracks in the Irish defence than he was creating them right from the first whistle, which gave the Irish defensive headaches all afternoon.

Does Jones need to change the squad? 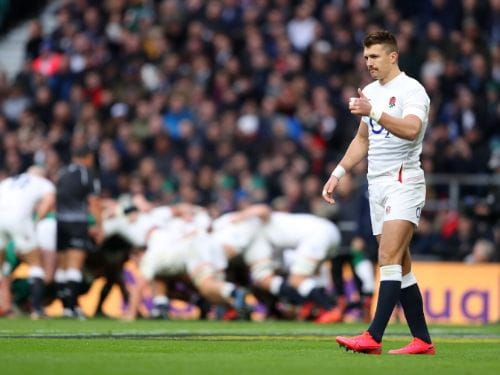 Lawes replacing Lewis Ludlam at blindside. Curry at number eight. Jonathan Joseph on the wing. Elliot Daly at full-back. They were all calls made by Eddie Jones that showed the versatility within the English set up. With two games to go, England's title-challenging squad won’t likely be changed.

England look settled, even amidst the extenuating circumstances of injuries. Joe Marler coming into the front row for Mako Vunipola was another seamless change that was made to the starting fifteen against Ireland.

Henry Slade also returned to the team with a small cameo in the match after having been out of action since December last year, his return to fitness another massive boost for the squad.

Given what is ahead of them now, and having performed so well against Ireland, there is going to be a justifiable resistance to any kind of change. It’s not about personnel changes at this point, it is about the belief that the players have in themselves and those around them to handle positional any positional changes that Eddie Jones calls. 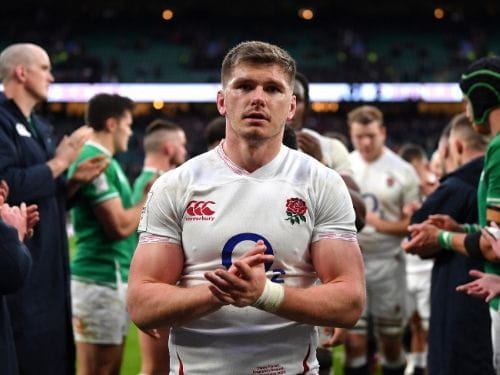 What is next in store for England?

England will be expected to produce a dominant win in Rome on the final weekend of action, regardless of the situation with the title. But on March 7th, England will host Wales at Twickenham Stadium in what will, therefore, be deemed their final challenge to get through on the path to a potential 2020 Guinness Six Nations crown.

Last year Eddie Jones saw his side’s title challenge unravel against Wales. England suffered a 21-13 defeat in Cardiff, having been in control at 10-3 ahead at the break. They can’t afford to have a similar scenario play itself out. A reminder of that is all the team talk that Jones needs for this year’s rematch.

The head-to-head from recent action favours the English, especially at the Home of England Rugby which has seen three straight wins over Wales - none of them having been by a margin of more than eleven points, however.

What drama and tension will unfold at Twickenham Stadium in the next round of matches? Will England deliver another tactical masterclass as they did against Ireland? Will they look to cut loose against a Welsh defence which seems to have lost its edge from twelve months ago?

There is a realistic window of opportunity open for England. Its home soil advantage against a Wales side who have struggled away against Ireland and France. England’s Triple Crown hopes will be resting on that game along with the glimmer of hope that they can still catch France in the 2020 Guinness Six Nations title race.

Watch the England squad in action at Twickenham for the 2021 series of the Six Nations. Book premium hospitality here.