England moved to the top of the 2020 Guinness Six Nations table on the weekend. An exhilarating home win over Wales, combined with Scotland beating France, left England in the driving seat for the title. There was something of a frenzied finish to their Twickenham victory over Wales, however.

Against Wales at Twickenham on Saturday, England went into the halftime

break with a comfortable 11-point lead. A couple of smartly worked first-half tries, coupled with a powerful defensive display to limit Wales to just three penalty kicks, sent England in with a 20-9 lead.

It looked unassailable as the Welsh were barely laying a glove on the hosts. Even when Wales did produce a brilliant try at the start of the second half, England just kept nibbling back at the visitors, putting points on the board from their excursions into Welsh territory.

England always just kept themselves out of reach. At least until Manu Tuilagi was brandished a red card for a tackle on George North as Wales threatened with around five minutes to go. England had just had replacement Ellis Genge sent to the sin bin for the remainder of the game, leaving England two-men short.

Head coach Eddie Jones made his feelings clear about Tuilagi’s sending off, calling it “ridiculous”. But regardless of the sentiments over the centre’s dismissal, it set up an enthralling, dramatic conclusion to the match.

Instead of England running down the clock with game management and targeting a bonus point from a fourth try against tired Welsh legs, the script was torn up. The game descended into touch rugby as Wales attempted to make the most of their numerical advantage by trying to close a 17-point gap with five minutes to go.

They weren’t far away from doing it either as two late tries pulled Wales to within three points of England’s tally at the final whistle, England holding out for a 33-30 success. The final scoreline, because of the chaotic final five minutes, detracted from how comfortable England really had been in the fixture.

Defensive strengths on show once again for England 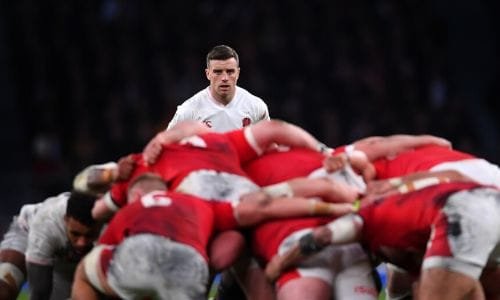 The platform of England’s success against Wales was their defensive effort. They had a blistering start with Anthony Watson touching down early, but England conceded the lion’s share of territory and possession to the Welsh overall in the fixture.

England’s dogged work around the fringes of the rucks and mauls and the speed of their defensive line coming up was exemplary. They rarely let the Welsh make any headway across the gain line, despite all of the possession that their opponents had, and consistently forced the Welsh to retreat.

Quick, brutal and dominant were England in the defensive areas and it was almost as if they were relishing the challenge of resisting everything that Wales could throw at them. The tone had been set early on by Tom Curry and captain Owen Farrell who was in an aggressive mood.

One area which Jones will no-doubt address was the slipping away of discipline inside the final 10 minutes that led to Genge’s sin-bin. It came after a series of quick penalties that England had given up.

For the visit of Wales, Tom Curry stayed out of position at number 8, carrying everything back to the Welsh line from restarts. The mobility that Curry has gives England a positive dimension in trying to make gains from restarts.

Trusting Curry in that role, as opposed to bringing in a specialist number eight has been a bold experiment. But is it a long-term solution, however, with Curry excelling as a flanker?

Winger Anthony Watson came back into the starting fifteen after injury and immediately made an impact, scoring England’s opening try, finishing what looked like a training-ground move.

Perhaps the most impressive return to action was from flanker Mark Wilson, who put in his first appearance since getting injured at last year’s World Cup. With Sam Underhill missing through injury, Wilson got stuck right in as if he had never been away, producing more tackles than any other England player in the match. 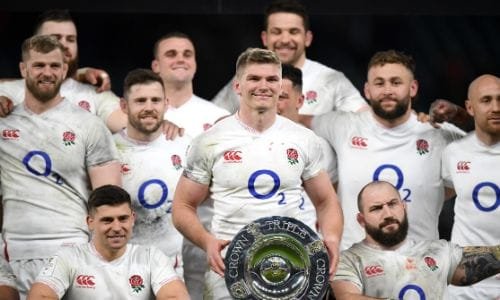 to the 2020 Guinness Six Nations, which saw them fall in Paris. No longer do they look battle-worn, but fired-up with their mojo and self-belief back.

On Saturday, the second-row unit shone for England. Courtney Lawes, Maro Itoje, George Kruis and Mark Wilson were the individual pieces of a dominant brick wall of tackling might for England. Itoje delivered one of, if not the performance of the entire Guinness Six Nations 2020.

England’s second-row unit consistently shut down the Welsh snipes and scrapped for everything available on the ground. Considering that it arguably wasn’t the first choice line up for Eddie Jones, made that fact that it was the key platform for success, even more impressive.

England were dealt a fantastic hand on Sunday with leaders France imploding at Murrayfield against Scotland. It left England and France level on 13 points but with England leading the title race on points difference. But any title ambitions are going to have to be put on ice.

The outbreak of the coronavirus will delay the outcome of this year’s Guinness Six Nations tournament. England’s final fixture against Italy has to be squeezed into the busy international schedule somewhere later this year.

France and Ireland will meet in Dublin in the final round of action next weekend. If Ireland win that, France’s title hopes will be shut down. But a bonus-point win for Ireland would put them top with a final game to come against Italy.

But the title shot is there for England after winning three matches in a row. Returning to action from extended breaks can sometimes throw an unpredictable factor into the mix. But it would have been a much tougher scenario for England if they were returning to a must-win title-deciding fixture against any of the other nations.

Regardless of the circumstances, whenever they do face Italy, England will be expected to win, as they have done in all of their other Six Nations matches against the Azzurri. The victory over the Welsh gave England the Triple Crown. Will victory over Italy, whenever it happens, deliver them the Six Nations title too?

Join England as they return to the Home of England Ruby for the 2021 Guinness Six Nations...