Typically at this time of year, prepping for the Derby would be well underway; part of these preparations include the many months of selection process for the Derby. It is as the 14 runners burst open from the starting stalls for the Investec Derby that the 18-month long entry process would conclude. Within that time period, there is a highly detailed and lengthy selection process.

The process begins when the horse is just a year old, also what’s known and a Yearling. In fact, every horse has the same birthday - the 1st January! With most foals born between January and April, this same birthday makes this process a lot easier to regulate.

Yearlings can then be entered into The Derby in the December of their Yearling year; here, they most likely are without a name and probably haven’t even galloped yet. However, around 400 horses are entered at this stage in the UK, with entry prices at £560 per horse, paid by the Owner. 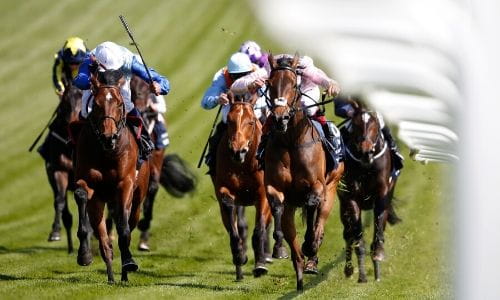 It is important to note that horse in the UK do not race until they are t least two years old. It is only until the horse turns three that the entry stage or payment comes around - this will be around March time, in the year of the race itself. The payment price almost doubles from the first, with an £1100 payment needed to stay in the race. Interestingly, around only 30% of the original 400 entered horses will surpass this, due to the remainder not being good enough to compete, or it may have been gelded.

Around early April, you will have a small number of horses that will join the Investec Derby lineup. These are horses that were not entered as Yearlings, yet still have potential to race at The Derby. The cost to join, however, comes with a hefty tag - £9000 per horse to be precise! 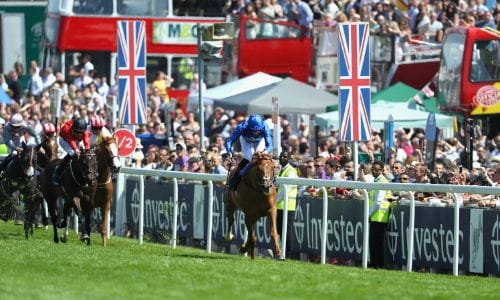 Fast-forward to ay, and the racehorses are now just a few weeks out from their big race. Here, the pool of horses can reduce further, whilst remaining Yearlings and those entered in April have to pay to stay in - £3400 for Yearlings and £11250 for the April 3-year olds. The Investec Derby pool of horses tends to reduce to around 25 horses at this stage.

It’s now Investec Derby week, the week both racers and racegoers have been eagerly waiting for. On the Monday, the horses will have their entry confirmed with another payment of £2800 - only 80% will do this, reducing the number of entries even further.

If you’re feeling lucky, there is also one final chance to enter…at a cost of £85000! This is roughly the same prize money value that a horse can win if it comes 4th in the race, also known as a Supplementary Entry.

The final set of runners is declared 48 hours before the race, with no price tag (phew!) Recently, Epsom has also introduced two ‘Wild Card’ entry options - a horse can gain a free entry to the race by winning either the Investec 2 year old Conditions Stakes in late September or the Investec Blue Riband Trial Stakes in April of the following year.

To date, Lest Piggott is Epsom’s leading jockey, with a total of 9 Derby wins. Four trainers hold the record for the most wins, with 7 victories each for Robert Robson, John Porter, Fred Darling, and Aidan O’Brien, O’Brien being the first person to train three consecutive winners of the race after his 2014 victory.

The Yearling entry stage for the 2021 Investec Derby is set to close on Tuesday 3 December.