2020 has been an unusual year for sport to say the least and tennis like many other sports has faced a lot of disruption. The US Open which would usually be the fourth Grand Slam tournament of the year was in fact the second but what a tournament it was...

This year was the 140th edition of The Tennis US Open and was held as usual at the USTA Billie Jean King National Tennis Centre in Queens, New York. What wasn’t usual about the tournament this year was there were no crowds allowed, no qualifying matches played and mixed doubles and junior matches were cancelled completely. The Men's and Women's singles and doubles draws were also cut to 32 pairs instead of the standard 64, however the ever-popular singles still contained the usual 128-person format in each category.

Interestingly enough, players did not have to quarantine like we’ve seen in some other sports, nonetheless they did have to be continuously tested for COVID-19 throughout the tournament. Unfortunately for one contender, Benoît Paire, he did in fact test positive for COVID-19, meaning he was forced to withdraw his campaign along with a number of other players who had been in contact with him - this included the number one women’s double team of Timea Babos and Kristina Mladenovic. 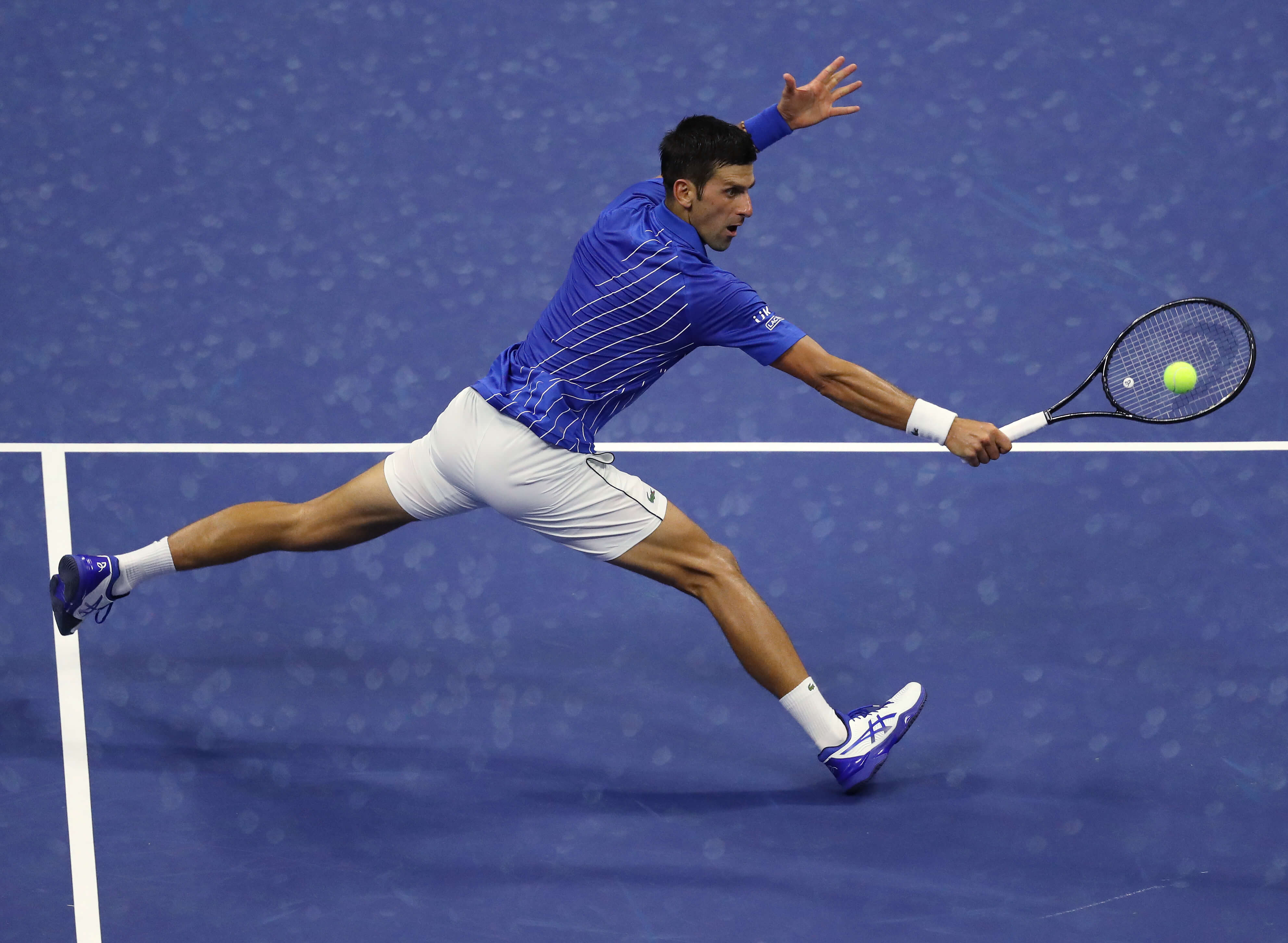 The tournament itself was certainly full of action and upset – and even more than usual!

Men’s favourite Novak Djokovic held the top seed going into the tournament and without the appearance of Roger Federer and 2019’s champion Rafael Nadal, it looked like Djokovic was in with a good chance of taking home the glory.

The fourth-round action however was greatly overshadowed by controversy surrounding the disqualification of Novak Djokovic. After losing a point whilst trailing 5-6 in the first set against Pablo Carreño Busta, Djokovic hit a ball unintentionally at a line judge which caused his early departure.

Tournament rules necessitated that Djokovic default the match, making it the first time in history that a top-seeded player had been disqualified from a Grand Slam singles tournament.

Defending 2019 men’s and women’s singles champions Rafael Nadal and Bianca Andreescu both didn’t compete in the 2020 tournament. Nadal had safety concerns over the pandemic and didn’t want The US Open affecting his clay court season, whereas Andreescu stated the pandemic compromised her ability to prepare and compete at her highest level.

The Women’s favourite Karolína Plíšková saw an early exit in the first few days of the tournament, whilst fan favourite Serena Williams was knocked out to the only unranked player in the semi-finals, Victoria Azarenka who went on to take the runners up position in the tournament.

Dominic Thiem defeated first time Grand Slam finalist Alexander Zverev in a five-set thriller to take home his first Grand Slam title. The Austrian fought back from two sets down to secure his victory and become the first man born in the 1990’s to win a Grand Slam singles title. His next opportunity for success will come in the form of the French Open which begins this week, where he has previously made the final twice (2018 & 2019), only to lose against Nadal on both occasions.

Naomi Osaka won the women’s singles title, defeating Belarussian Victoria Azarenka in three sets, to take home her second US open title and third Grand Slam title overall. The former world number one looked to be struggling in the first set as she found herself 0-3, but picked herself up and dominated the next 10 of the following 12 games. The 22-year-old’s impressive performance meant she has maintained her record of winning every Grand Slam final she’s ever played.

Interested in finding out more about hospitality at The Championships, Wimbledon 2021?