England have a jam-packed summer ahead of them and are set to host a wide range of fixtures, across some of the country’s most exceptional venues. Within the busy schedule, England will host current World No.5 team, Pakistan, for an ODI at Edgbaston and a further two in Cardiff and London beforehand. The two sides last faced each other in September 2020, when Pakistan completed their England tour; the home side won the three-match Test series 1-0, after the second and third matches were drawn, whilst a 3-match T20I was drawn 1-1. 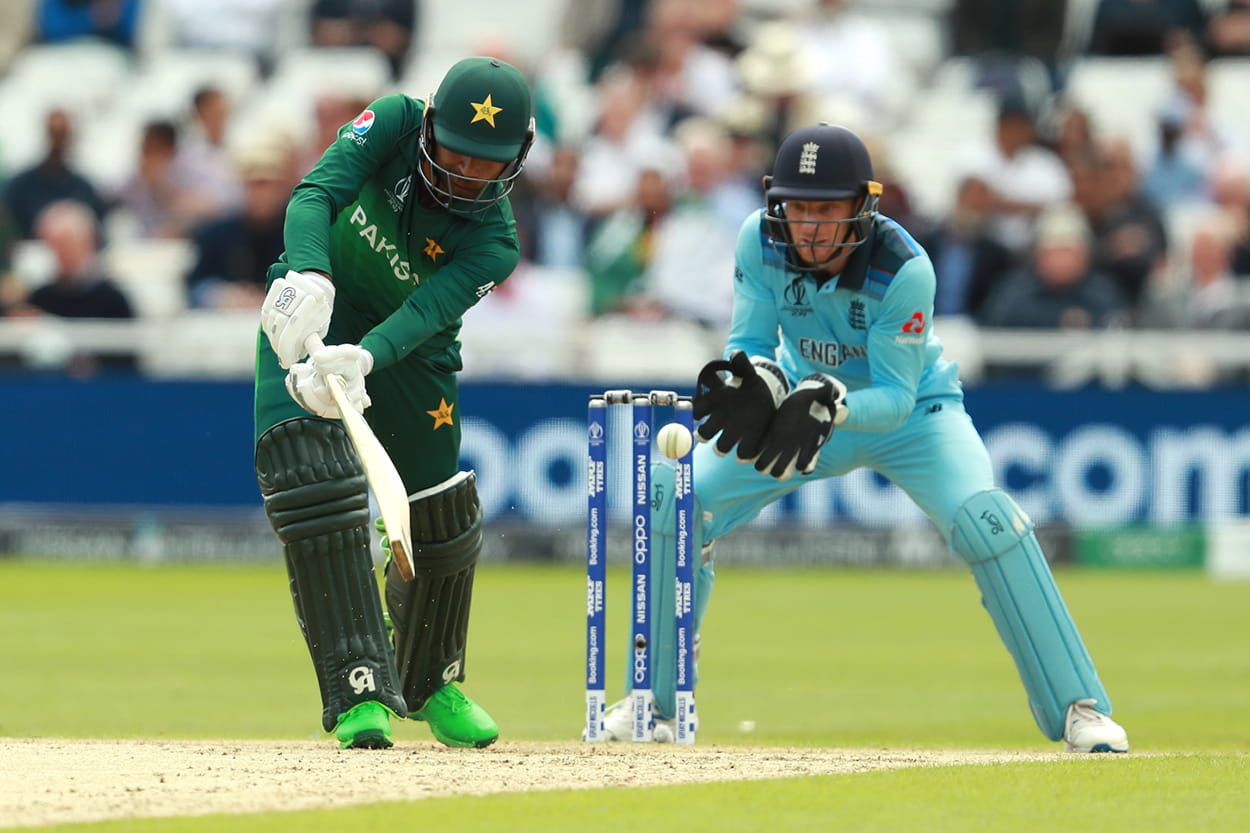 In a total of 88 ODI’s played between the two sides, England have won 53, whilst Pakistan have claimed 32 victories (3 had no result). However, it is Pakistan who won the last England/Pakistan ODI, with their 14-run victory over England in the 2019 ICC World Cup at Trent Bridge. For anyone who can remember this match, Pakistan’s victory over the home side definitely ignited the tournament after a rather tepid start – let’s take a closer look…

England were firm favourites in the 2019 ICC cricket World Cup; not only were they tournament hosts, but their 104-run victory over South Africa in their previous match, the first of the tournament at The Oval, gave the nation a sense of patriotism. Pakistan played the second match of the tournament against The West Indies, however, were bowled at for a miserable 105 runs, the lowest score of the entire tournament. 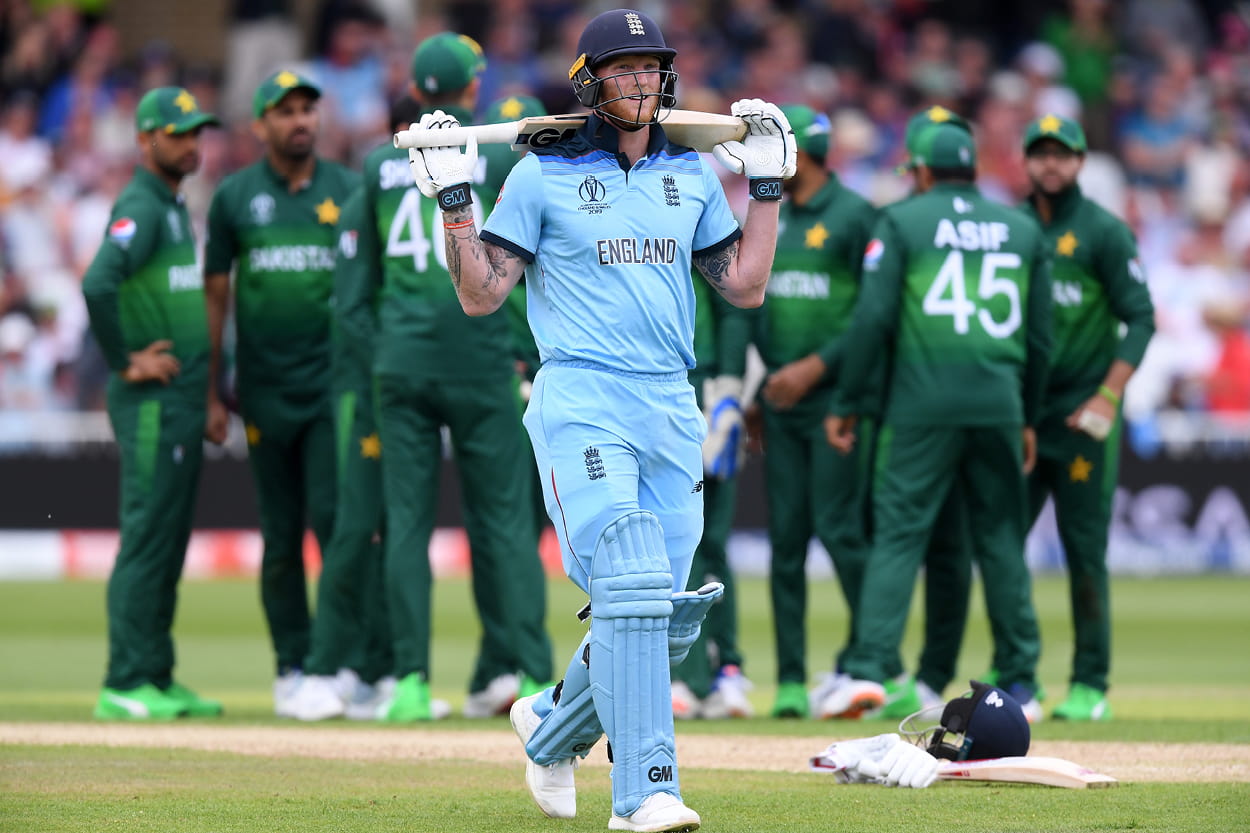 England v Pakistan was the sixth ODI to take place in the tournament, and Pakistan looked concerned. However, they were to emerge bloodied yet victorious, trumping the hosts with an impeccable all-round performance.

Pakistan were first to bat and their total of 348-8 seemed somewhat impregnable. A perfect mix of A-grade contributions from Mohammad Hafeez, Babar Azam and Sarafaraz Ahmed, scoring 84, 63 and 55 respectively, alongside poor fielding from England, aided a score that would be tough to compete with – and certainly no easy chance to beat.

Yet, the hosts stepped up. A hundred from Joe Root, the first in the 2019 World Cup. A hundred from Jos Buttler, from just 75 balls, the fifth fastest in World Cup history. The pair shared 22 boundaries between them, lifting England from the drudgery that was 118 for 4, after openers Eoin Morgan and Ben Stokes fell into the Powerplay and part-time spin traps of their opposition.

Throw in a couple of sarcastic claps from the crowd, and equally loud support for Pakistan and frustration from Jason Roy after his lbw against Shadab Khan was confirmed in the third over – things were turning up a notch at Trent Bridge. Wahab Riaz came through as hero of the hour for the visitors, bowling Jonny Bairstow, Moeen Ali and Chris Woakes out for a combined total of 72 runs, whilst also catching Jos Buttler and Jofra Archer. Archer was only able to hit a single run before Riaz perfectly executed a highly pressured catch at deep third man. This poor display added to his dismal display when bowling, his toughest outing in International cricket, ending his stint wicketless at 0-79.

Pakistan had done it – they had beaten the hosts by a small ,yet highly significant 14 runs, after England only managed to reach 334-9 in the 50 overs. The question is - will England look to take revenge on the visitors this season?

Whilst the England squad showcase a huge pool of talent and enthusiasm for the sport, there are a few key players we suggest you keep an eye on this year. 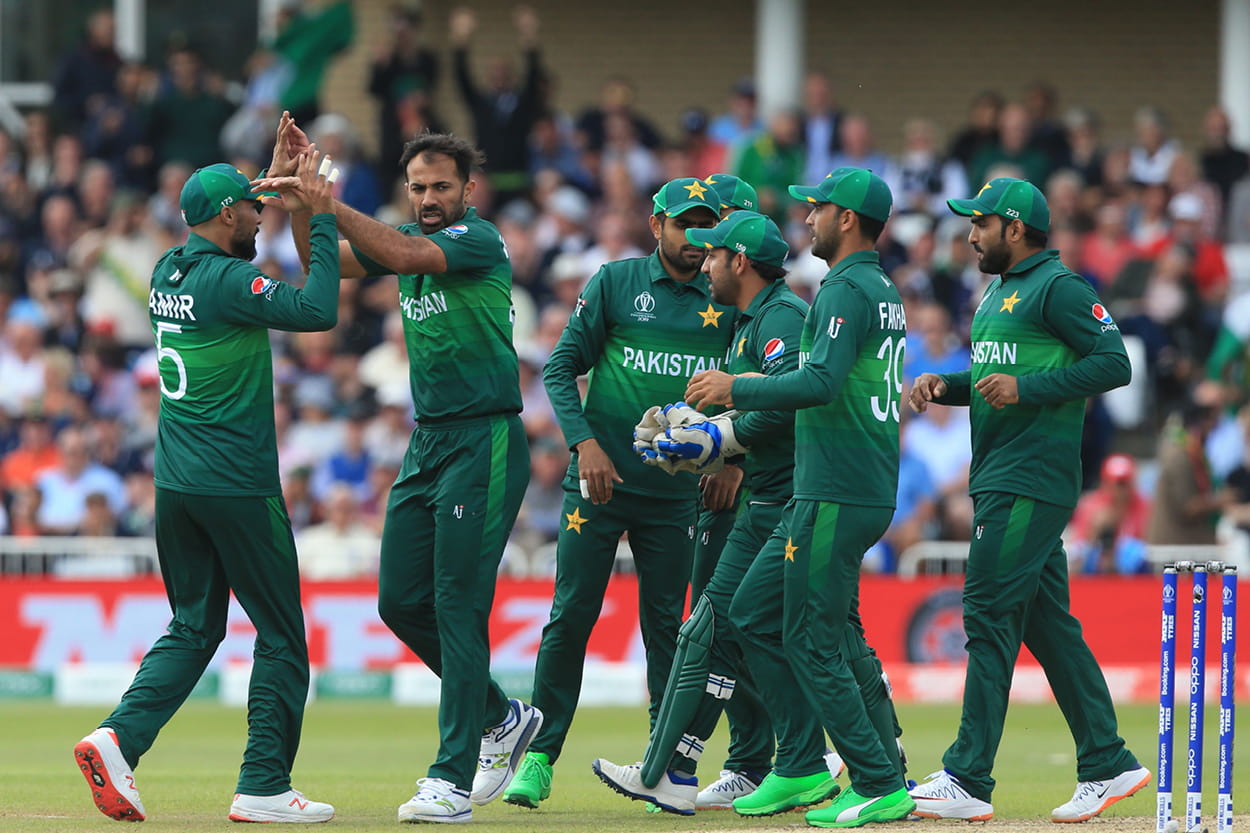 Fakhar Zaman: named the Man of the Series in Pakistan’s 3-series ODI against South Africa earlier this year, Zaman boasted two centuries and serious standard of batsmanship. Despite South Africa winning the second ODI of the series, Zaman secured a magnificent 193 runs for Pakistan and certainly kept them in the game. The 31-year-old is a force to be reckoned with, as his run total for ODIs stands at a whopping 2262 and currently holds the record for the fastest batsman to reach 1000 ODI runs, doing so in just over 13 months. England will have to keep an eye on Zaman; his thirst for hitting boundaries and hitting quick singles could be a serious threat to the hosts.

Shaheen Shah Afridi: this player was, arguably, the star of the show when beating South Africa in the 2021 ODI series. His amassed a respectable five wickets for his side, and, at just 21-years-old, he certainly already looks comfortable in the green shirt for the national side. He certainly has intelligence in taking advantage of his 6ft6in height, using it to deliver a few mean yorkers to the opposition – a delivery that is difficult to deal with for any batsman. This is certainly just the beginning for the youngster and opponents are certain to see him take to the field for years to come.

Babar Azam: the current Pakistan Captain and a player with a serious right-hand and level-headed attitude. At just 22, he made himself a firm favourite in the Pakistan squad, after he made three consecutive centuries against West Indies in the 2016 ODI series. This hat-trick led to a debut in the Test series that followed, where he had to prove himself as a Test cricketer too. He certainly did that; now the second fastest player to reach 2000 ODI runs and 1000 T20I runs, he is one of Pakistan’s greatest ever batsmen. At just 26, he still has a great career ahead of him and his combination of discipline and first-class batting stands Pakistan in good stead of victory on their England tour.

If you’re an ODI fanatic, we guarantee that this won’t be one to miss – why not enjoy this spectacular sport with the comfort of world-class hospitality? Find out more about our package options for England v Pakistan here.