If you haven’t heard of crickets brand new, action-packed format – The Hundred, then you’re missing out!

The Hundred is an innovative new format where lights, music, entertainment, and world class sport are on show for the whole family to immerse themselves in. Each team faces 100 balls and at the end the team with the most runs is crowned the winner. The new format promised and has delivered fast-paced cricket that is high-energy and tactical - yet still easy to follow and understand.

The cricket certainly hasn’t disappointed so far! Former England captain and respected pundit Nasser Hussain answered “Yes absolutely” when asked if the tournament had been a success.

And the question on everyone’s mind - who’s winning? So, without further a-do let’s take a closer look at who’s top of the table. 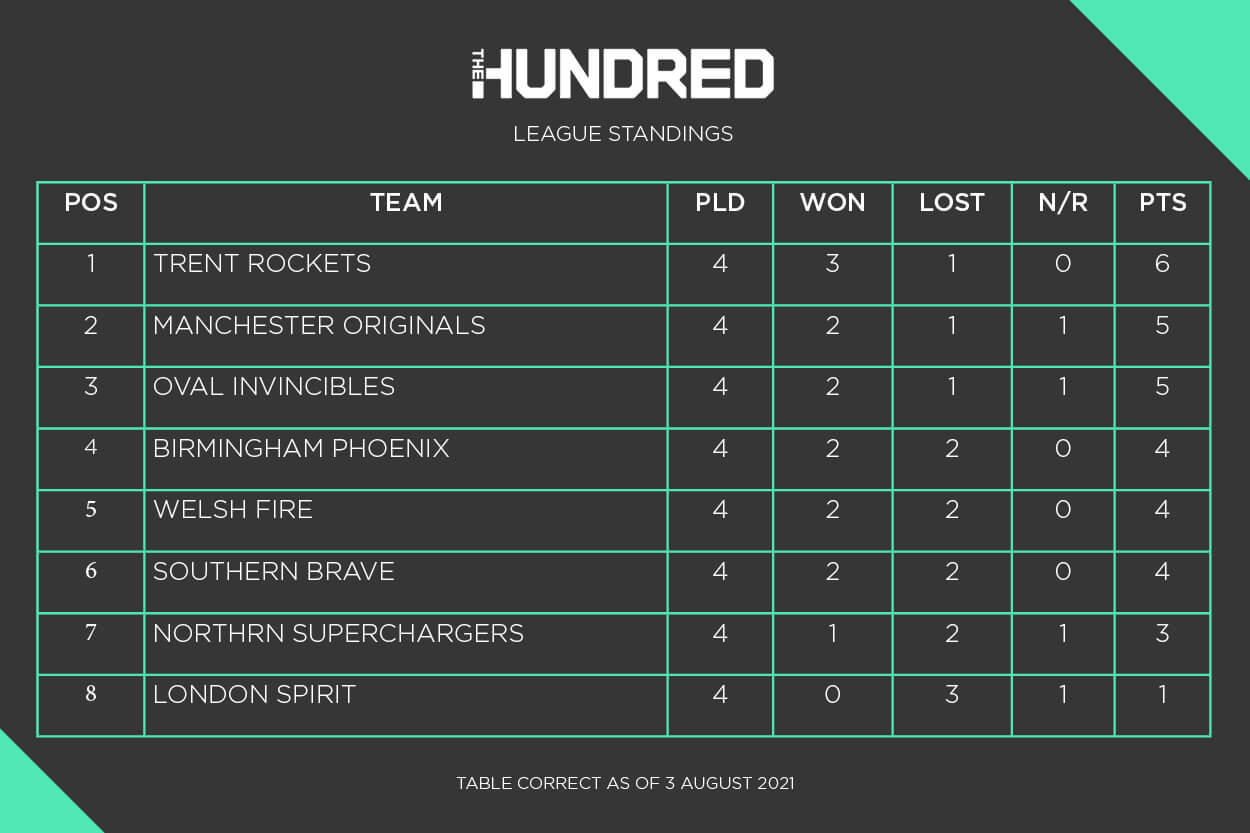 It’s all looking extremely close at the moment with the Trent Rockets narrowly leading the Manchester Originals and the Oval Invincibles by just one point.

It’s clear to see why the Trent Rockets are doing so well, the Rockets have both the leading wicket taker and leading run scorer in the tournament. Marchant De Lange with 8 wickets and D’Arcy Short with 134 runs from his 3 innings. Short is closely followed by England star Jonny Bairstow, who has 128 runs from just 2 innings!

In fact, Bairstow’s 72 from 39 balls was commentator Aatif Nawaz’s standout moment so far, as Bairstow just kept hitting six after six after six!

Still to come in the tournament 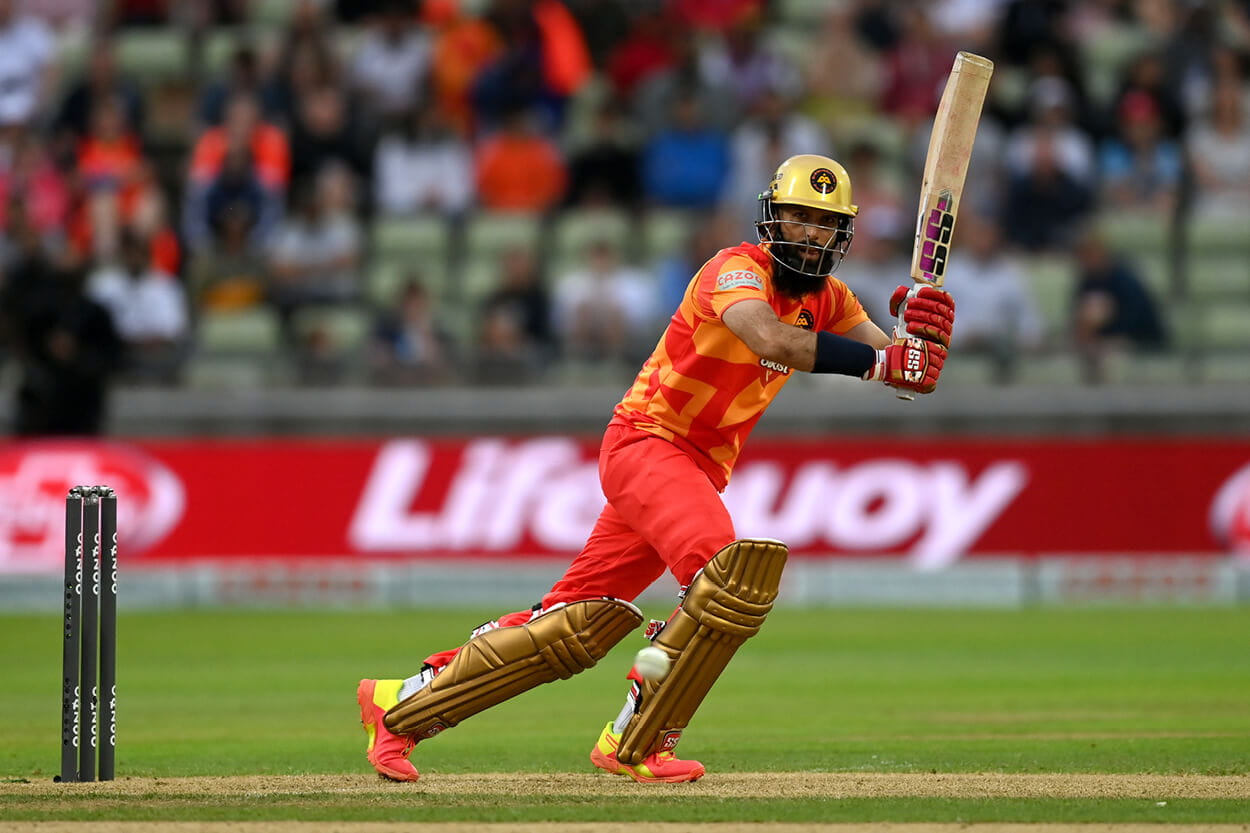 Fear not, there’s still plenty of action to look forward to in the second half of the tournament. Moeen Ali goes against Sam Billings as the Oval Invincibles travel to Edgbaston to play the Birmingham Phoenix tomorrow. A London derby as London Spirt play the Oval Invincibles on the 14th August. Then finally, a top of the table clash pits leading run scorer D’Arcy Short from the Trent Rockets against England’s leg spinning prospect Matt Parkinson from the Manchester Originals on the 15th.

With only a few tickets remaining, be sure to secure your place and watch the exciting events unfold.

Find out more about the remaining matches at The Kia Oval and Edgbaston here. Tickets are selling fast so be quick to ensure you don’t miss out!