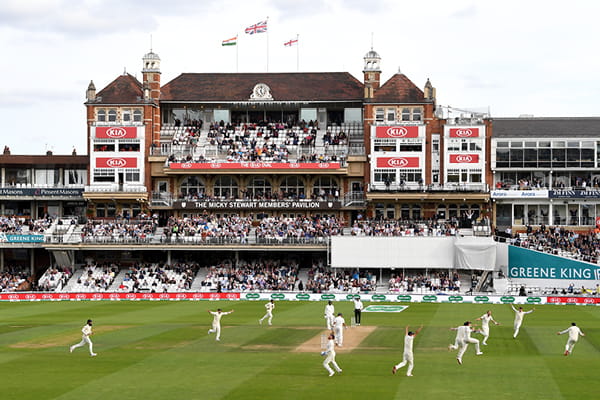 Whilst many will argue that England’s most fierce cricket rivals are Australia, India is a truly formidable force. India currently claim the World No.2 spot in test cricket, with 2,987 points and an impressive ranking of 120. England will welcome India once again in 2022 for a series of ODI’s next summer. After a disappointing test match series this year, England will be looking to redeem themselves and turn the tables on India.

Here’s what happened in their last few meetings:

Earlier this year, the England squad flew to India for a series of four 5-day Tests. England were keen for victory after winning both Tests against Sri Lanka just a few weeks prior; their hunger for further triumph resulted in a 227-run win over the home side in the first Test. It was captain Joe Root that emerged as the star of the show, with his highly commendable double century – a 218-run stint in the first innings that is the highest score of any batsman in their 100th Test.

Both sides left Chennai and headed to Ahmedabad for the 3rd Test of the series. However, the tourists crumbled with yet another shocking batting display, managing a total of only 112 runs in the first innings. India’s Axar Patel took 6-38 – ironically, he was giving England a run for their money. It actually only took India two days to blow England away with a 10-wicket triumph; India completed the quickest Test win since 1935 after their spinners ran riot once again in the second innings, bowling England out for a miserable 81 runs. A Test to forget for the visiting side we think... 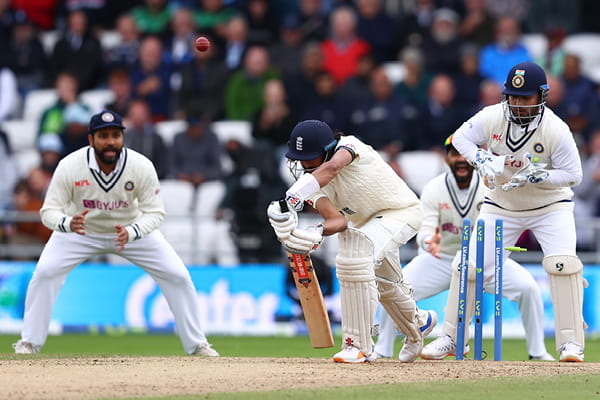 Unfortunately, a 3rd Test to forget turned into a Series to forget for England. The visitors were all out for 205 runs in the first innings, with superstar Axar claiming  4 wickets for 68 runs. India’s Pant and Sundar collectively scored 197 runs, hugely contributing to India’s total of 365. Axar bagged his fourth five-wicket haul of the series in England’s dreary second innings, whilst Ashwin claimed 5-47 – the dynamic duo sealed the test series win for India.

England and India went toe to toe once again in a T20I Series in March. Once again it was India that triumphed with a 3-2 victory, despite England’s emphatic eight-wicket victory in the first and third matches. It came down to the 5th match of the series, with the scores level at 2-2. However, India’s Kohli anchored India with 80 runs not out and subsequently aided India in scoring their highest T20 test score against England with 224-2. England ended on 188-8 and had lost to a batting masterclass from the home side.

England put India through their paces in the ODI series just two weeks later. India started strong, claiming victory in the first ODI. However, England bagged a six-wicket win to level the series in match number two. In the third, India were bowled out for 329 – leaving England chasing 330. With England looking all but beat at 200-7, man of the match Sam Curran came to the crease. His 57 run partnership with Rashid and 60-run partnership with Wood left England needing 12 from the final over. However, Curran could only find the boundary once – England were left seven runs short and were robbed of a series win. 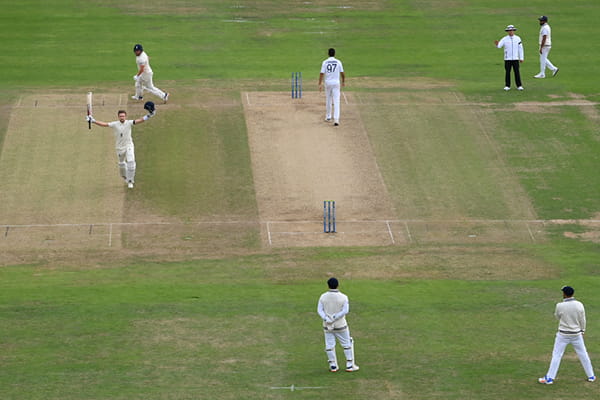 India just finished their visit playing England in a five-Test series this summer as alluded to earlier on. England hoped to give the visitors a taste of their own medicine and put their winter performance well and truly behind them, although it didn't go at all to plan.

What an advert for test cricket this series was with some fantastic batting, inspired bowling and fierce rivalry all on show. The weather affected first test ended in a draw which left us all in anticipation for the second test at the home fo cricket, Lords. Not even an inspired batting display from Joe Root, scoring 180, was enough to stop the passionate and skilful duo of Jasprit Bumrah and Mohammad Siraj bowling India to victory. England replied in emphatic style bowling India out for just 78 in the first innings of the 3rd test. Determined to not let up and build a commanding lead, the England batsmen didn't disappoint. Fifty's from Burns, Hameed and Malan paired with another century from Root- England built up a lead of 354. 5 wickets from Sussex's Ollie Robinson led the England attack guiding England to victory and bowl the Indians out 76 runs short. England looked to have carried over the momentum from the 3rd test by building a convincing 100 run lead. However, India recovered by producing a sensational batting performance leaving England needing 368 to win. The Indians were inspired and bowled superbly to win by a convincing 157 runs. With several of the Indian players returning positive Covid-19 tests the 5th and deciding test match was cancelled. Although India are hoping for an overall win, currently leading 2-1, discussions are still ongoing as to whether the test match is re-arranged or fully cancelled.

The Pataudi Trophy is awarded to the winner of each England-India Test cricket series contested in England; England currently hold it, having won each of the last three series. However, India will be doing all they can to ensure they take the trophy home with them this time; whether that's by mutual agreement or playing the 5th match another time. 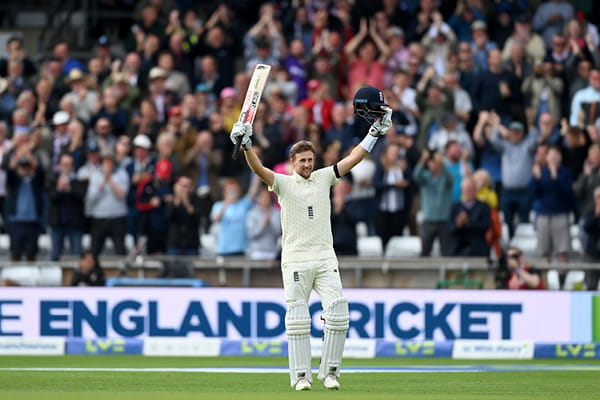 Joe Root - what’s a key player roundup without a mention of the captain? Root has certainly played his part in this Test series, accumulating a sensational 564 runs. Joe currently stands as the most successful English batsmen when it comes to facing India. 2021 has been a stunning year for the England captain, just in time for the upcoming Ashes series.

Rohit Sharma - there is no doubting Sharma’s ability to bat after his stunning performance in the winter Test series. His Test match debut against the West Indies in 2013 saw him gain a record 177 runs, whilst his top run score for 2021 so far comes close at 161. Sharma amassed 368 runs in the series ending with a fantastic 127, further showing the Indian opening batsman skill and ability.

England will certainly be hoping to up their game for next year’s One Day Internationals and put themselves back on a winning streak. Although we can’t guarantee a win in next year’s matches, we can guarantee plenty of non-stop action.

Secure your place at England V India next summer at Edgbaston or The Kia Oval today, and enjoy world-class all-inclusive hospitality from the experience experts.