There was no trophy for the 2021 Autumn Internationals. No phony tournament for England to win after playing a regressive style of rugby in which France's then 2nd team were unlucky to lose the final in extra time.

Owen Farrell lifted this hollowest of trophies as England prepared for a dreadful 5th placed Six Nations campaign. That was then and a miserable `then' sitting in the press box, surrounded by emptiness. Nobody at Twickenham and nothing was happening. 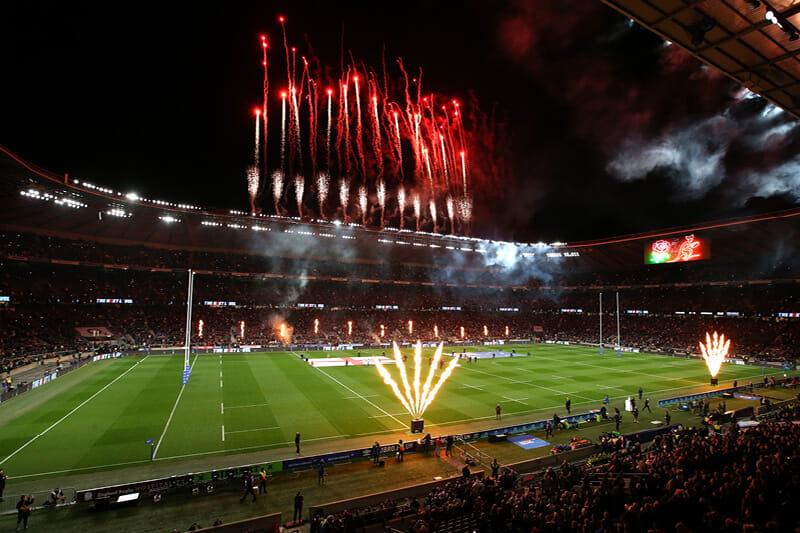 What a difference a year makes. Fans filed through the turnstiles, beer flowed; we were, once more, swinging low. On the field the team tuned in to the support of some scintillating running rugby after the kick and chase monotony of the previous year.

The three opponents, Tonga, Australia and South Africa, were teams of wildly different styles and strengths. The Wallabies were without a core of their key players, Tonga were incapable of competing with an England intent on playing at pace, and then there was South Africa; the world champions and Lion tamers. All Saturdays in early November were leading to the 79th minute penalty from the boot of Marcus Smith to seal victory in a thrilling game of rugby. South Africa wanted to bludgeon England; England wanted to cut the Springboks with the rapier of a new look and impressive back line. A lovely contrast.

Experimentation was the buzz word before the campaign commenced. Last year some critics (myself amongst them) bemoaned the presence of rusty, out of form Saracens. This year the carping was kept back for the element of youth in the squad. Whilst I didn't agree with the absence of Jamie George, I was delighted to see a side set up to play positively; doing more than kicking long and forcing errors.

All the talk concerned the fly half position. Many expected Farrell to play centre to Smith's fly half but with Smith missing a few training sessions before Tonga, the skipper was named 10 with the Harlequin on the bench. A false positive Covid test changed all that. But Smith stayed on the bench and George Furbank started at 10.

The Northampton full back made more than a decent fist of his time at ten and pushed England towards the gain line, but Twickenham awaited the arrival of English (change to England?) rugby's new darling. Smith did not let them down in the last half hour. Tonga were torn to pieces. The kid was clearly ready for the big time. 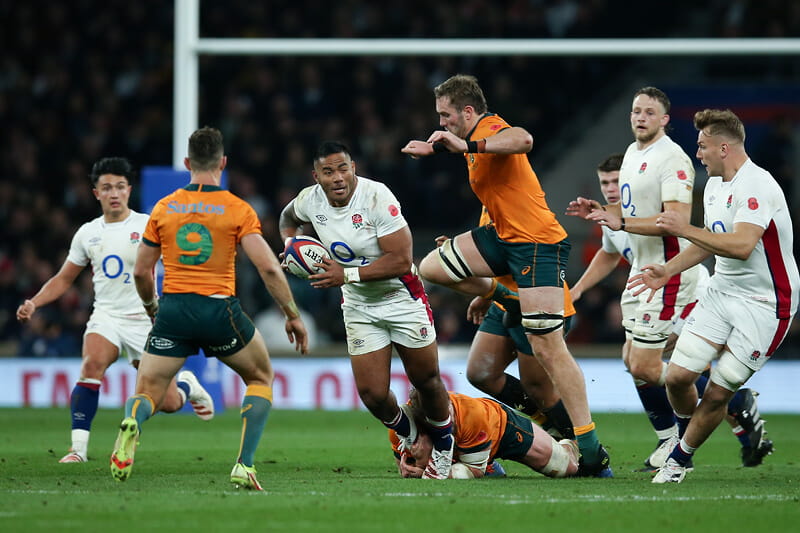 If he proved to be the headline act in November (he has the ability to steer England into exciting new attacking dimensions) Freddie Steward was the man leaping into immediate stardom. He was good all month but his try scoring performance against South Africa was stunning in its aggression, both in the air and as a runner. Adam Radwan, another who impressed in the summer, scored after 4 minutes against Tonga and was duly not seen again, but his time will come. If Johnny May has many more matches like the nervous showing against South Africa, it will be sooner than later.

Another Falcon to catch the headlines was Jamie Blamire. Tries against Tonga and Australia as a replacement both times left him with a remarkable 6 tries from 4 internationals. Jamie George had been immense against Australia but along with Farrell limped out of the South Africa showdown. Blamire isn't even Newcastle's regular starter, but he and Bevan Rodd were pitched into starting duties against the Springboks. Unsurprisingly, along with more experienced colleagues, they struggled but the heart and the magic of the backs carried them to victory.

Another major headline revolved around Smith as number 10 and Farrell as 12. The two mixed and matched between positions with Smith particularly effective taking passes outside Farrell. The manner in which they swept left to right and then right to left as Smith waited for the perfect timing to pass Steward into the gap was glorious. It was as good as England's last twelve months of attacking rugby combined. The game fizzled out with the Wallabies an insufficient threat to force England into overdrive.

Another notable performer that day was Henry Slade. Jones used him as a traditional outside centre and a roaming full back with Steward often filling in beneath the box kick. It was a clever, fluid interaction on the part of Jones but as with all good plans, they have a habit to go astray. 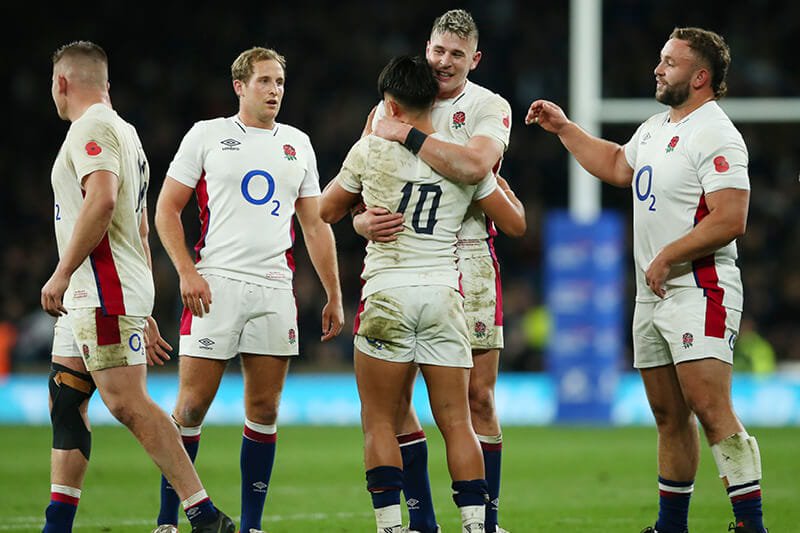 Slade threw a superb pass to Steward who put Manu Tuilagi in at the corner in the 6th minute against South Africa. As the big man dived, something went in the hamstring. Max Malins stepped onto the wing, Joe Marchant eased infield to his usual Harlequins position of outside centre and the Exeter centre was settled at inside centre. Versatile one week, he produced a cameo of pure class as an orthodox centre with heavy involvement in all three England tries.

South Africa may have been battering England up front, but their vaunted defence was carved open. Unfortunately for England, the Springboks dominated and controlled territory, but England held their nerve with Plan A in ashes and managed a memorable win with that 79th minute Smith penalty.

The absence of first and second choice hookers and loose heads hurt England but will have done wonders for the advancement of the players who stepped in. Men like George and Genge, Marler and perhaps Mako Vunipola are central to England's hopes of a title winning Six Nations.

Ireland and France produced magnificent wins against New Zealand while Wales were understrength and Scotland a mix of good and disappointing. It appears to be one of the classiest Six Nations of recent years.

If England's scrum performs against France and Ireland as they did against South Africa, they will probably lose these games. If they gain parity, a back line in which Smith and Slade promise midfield sparkle will light up the tournament.

Farrell will probably not be match fit for the trip to Edinburgh. It will be fascinating to see what happens if England maintain their midfield spark. Indeed, it will be fascinating to follow England. At their best, the combination of power from the forwards and guile behind the scrum makes them one of the best teams in the world. Looking at France and Ireland they might need to be.

It was a good November, but it could be a great 2022 at the Six Nations.

Find out more about our hospitality packages for the 2022 Guinness Six Nations now and watch England battle it out for the title with your own eyes.