The Ashes is a series of cricket matches played between two of the biggest rivals in sport - England and Australia. The two teams normally meet every couple of years, with the winners claiming one of the most prestigious prizes in cricket – the Ashes urn. The series alternates between England and Australia, with the Baggy Greens hosting this next series.

In this blog we’re talking about the recent history, how the two sides are shaping up and ones to watch out for on the pitch…

The history of the Ashes is fairly even; both teams have won two series in the last five years, with the last series ending in a draw. However, that draw was enough for the Baggy Greens to retain the urn. Although the odds are stacked against them, England will look to take back the trophy every young cricketer wants to get their hands on. To do so, England will need to wipe past visits to Australia from their minds with consecutive 5-0 and 4-0 drubbings. The return of talisman Ben Stokes will no doubt put some fear back into the Australians – for you serial cricket fans, we’re referring to the events at Edgbaston and Headingley in 2019. England captain Joe Root and his side will feel anything is possible with Stokes back in the team.

England named their 17-man squad back in October with a couple of key emissions, namely Jofra Archer. His absence was expected due to an elbow injury that has caused the fast bowler some issues for a while. Headingley hero Stokes is making a surprise return after initially deeming himself unfit to participate; Stokes has been a key man in Roots’ team for many years, so his return will be a definite welcome boost for the squad. In what looks to be an exciting test series with little in it, maybe it’s the first sign of mind games from the England camp to get the edge. See the full squad below. 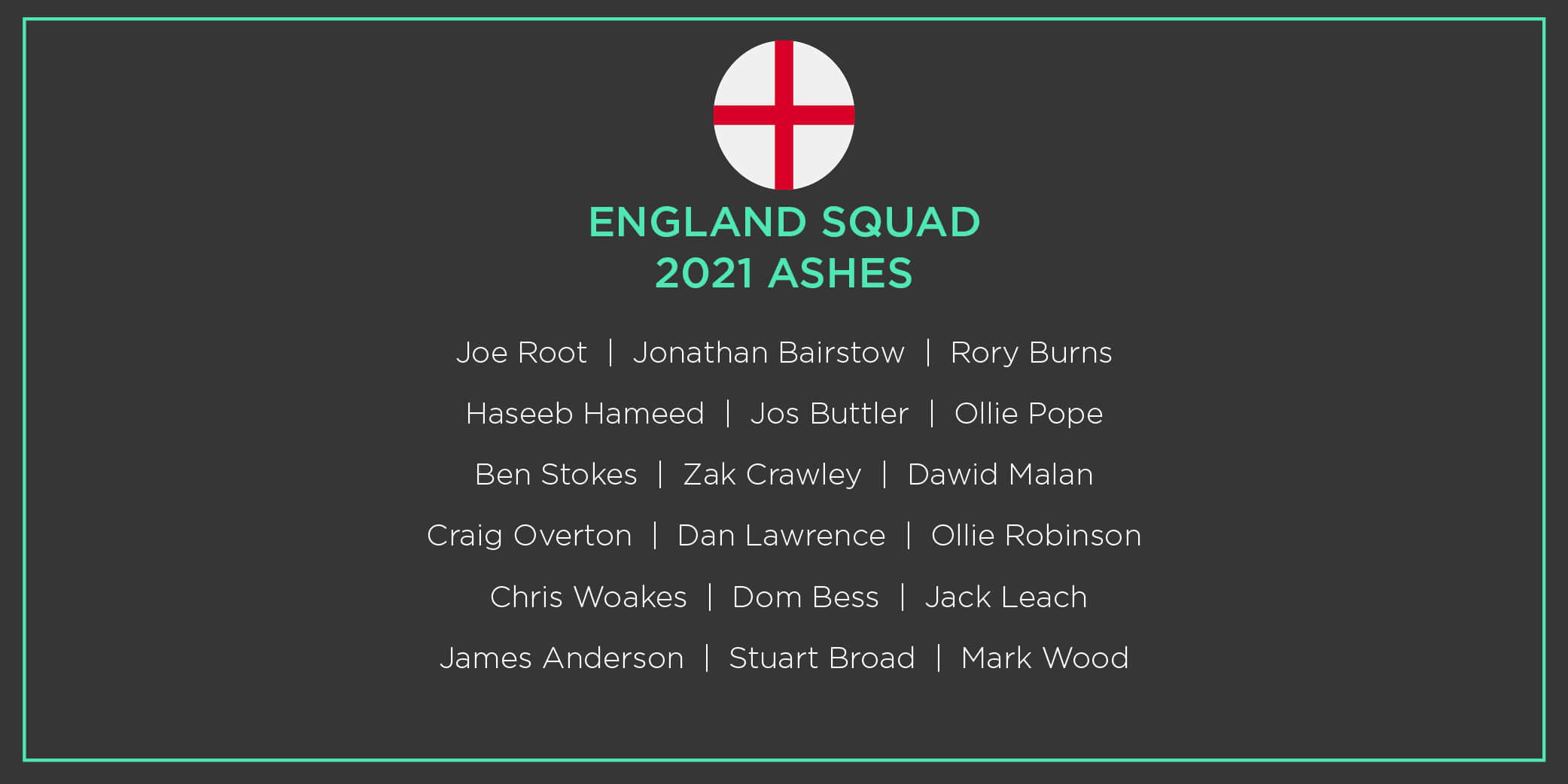 Australia looked to be heading into this series with best seam attack in the world, a settled batting line-up and a steady captain. However, it wouldn’t be an Ashes series without some form of controversy - this time it was Australia’s turn. Tim Paine was forced to step down from his role as captain due to a texting scandal back in 2017. Fast bowler and vice-captain Pat Cummins has taken over the reins. See the full squad below. 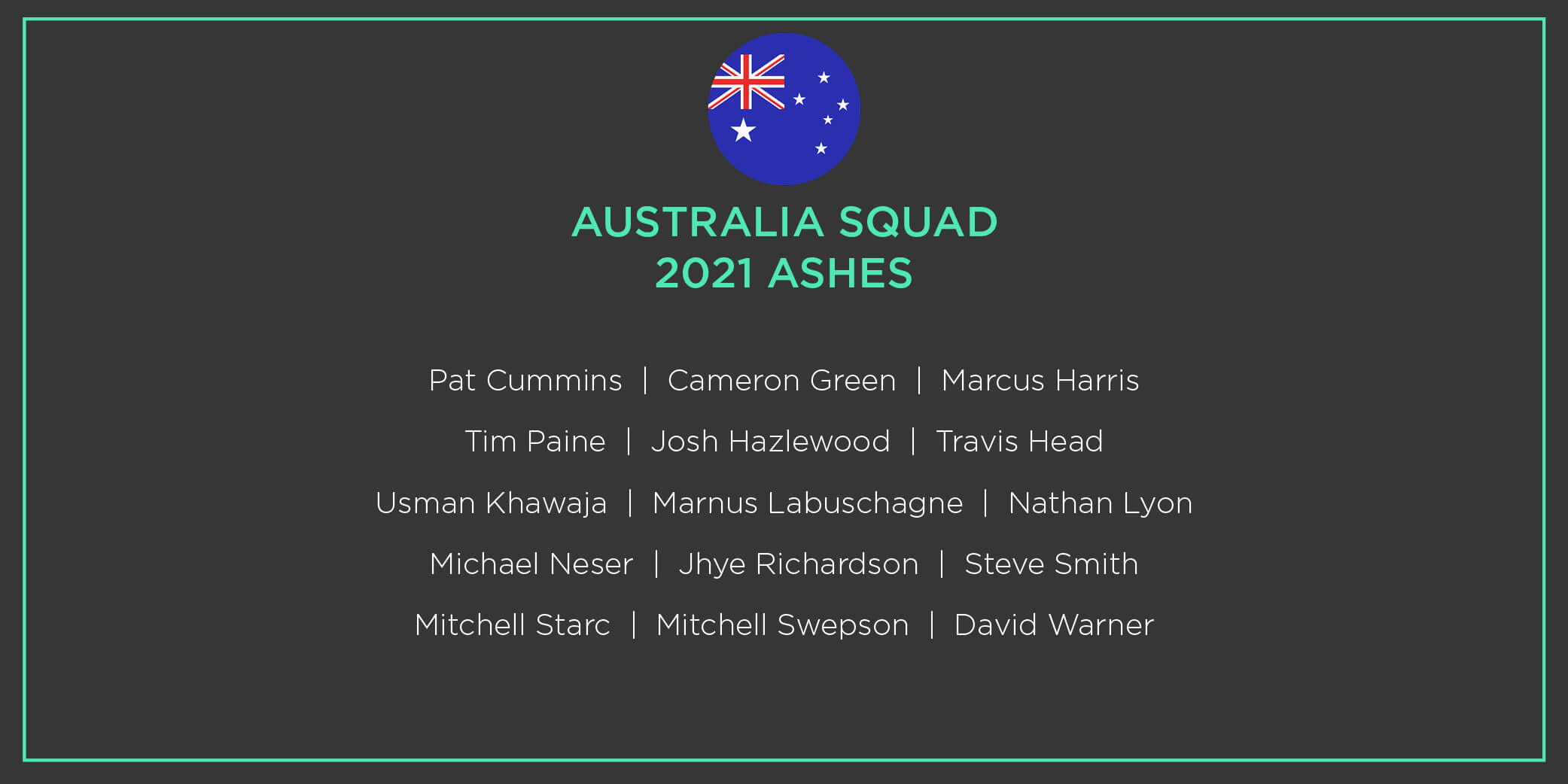 Players to watch out for

The former captain is currently rated the second-best batsmen in the world and will be key for Australia as they look to keep hold of the urn. Australia haven’t played a huge amount of test cricket in 2021 but, when they have Steve Smith scored runs - averaging 75.75. Be sure to keep your eye out for him in this series.

The new Australian captain, Pat Cummins, is rated the number one test bowler in the world. Cummins has been a very consistent performer ever since he started playing test cricket for Australia. However, this is the first series where he will be captain; here at Keith Prowse we’re interested to see if that will affect his bowling. Either way, Pat Cummins will definitely be a player to watch out for. 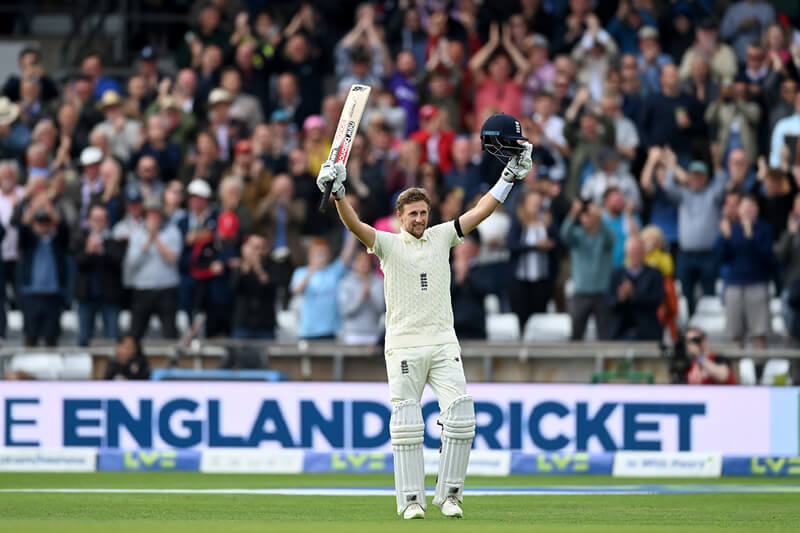 The England captain has had a fine 2021, scoring 1455 runs in 23 innings averaging 66.13. Root will look to continue this form into the Ashes and if England are to have a chance of winning, he will be key to that. As captain, Root’s role is more than about just scoring runs; he will need to marshal his team and get the most out of every player, from field placements to bowling changes. If he can do all of that and continue to score runs, England will have a great chance.

Ben Stokes, as mentioned before, is England’s talisman and a key figure in the team. His individual talent alone shows in both his batting and bowling stats but, his leadership abilities are phenomenal. He assists Root with field placements, game management and can help improve the players round him. If England are to bring the Ashes home, Stokes will play a key role in doing so.

We sat down with our new Senior Account Manager, Alasdair Mackay, who was born and bred in Australia to get his predictions ahead of the series.

“After an extremely challenging 18 months, we’re blessed to have an Ashes series to get us through the cold, dark winter months here in the UK. Unfortunately for English fans, I foresee the dark afternoons may become an omen for their 21/22 campaign.

The batting orders seems fairly well balanced, with both teams leaning heavily on two or three batsmen to deliver when it matters. If the English top order can take the shine off the ball then I see Root and Stokes making runs. Unfortunately, this may prove a tough challenge with a full-strength Aussie attack ready to maximise the home ground advantage.

I see the rain saving English blushes once or twice, leading to a tight 2-1 eventual win for Australia.”

Did you enjoy reading this blog? Take a look at our recent cricket content below.

What is T20 Cricket?

In this blog we take a look at what makes T20 cricket one of the most exciting formats in the game and it's format.

Click here to read about what went down in the event everyones talking about, The Hundred.