The HSBC London Sevens is one leg of a tournament called the World Series. Ten different legs are played around the globe in countries like South Africa, Hong Kong, Singapore, Dubai and England. The leg played in England is the final leg of the Series and is hosted at The Home of England Rugby, Twickenham Stadium. The 16 teams then compete against one another for the valuable points on offer.

The 2022 version of the Sevens tournament is already well underway in Dubai, where South Africa emerged as victorious in both legs. In honour of the 2022 Series, this blog talks all this Sevens including the format of play, recent history and who’s looking good for the new year…

How does Rugby Sevens work?

Rugby Sevens is a shortened format of rugby but, as the name suggests, it’s only played with seven players a side. Yet, the games are still played on a full-sized pitch and the teams score points in the same ways via tries, penalties and drop goals.

However, there are some key differences to note:

Due to the pandemic, the London Sevens event hasn’t happened for the last two years but, it is back for 2022 and we cannot wait! The London sevens is always a fantastic event and, as said before, is held at London’s iconic Twickenham Stadium. Fiji are the back-to-back winners of the London leg and we’re sure they will look to make that three from three. Other previous winners of the London Sevens in recent history include: the United States, thirteen-time World Series winners New Zealand and a surprising champion, Scotland – who won back-to-back in 2016 and 2017. Australia have made the final four times in the last six without winning – the Wallabies will look to change that statistic. 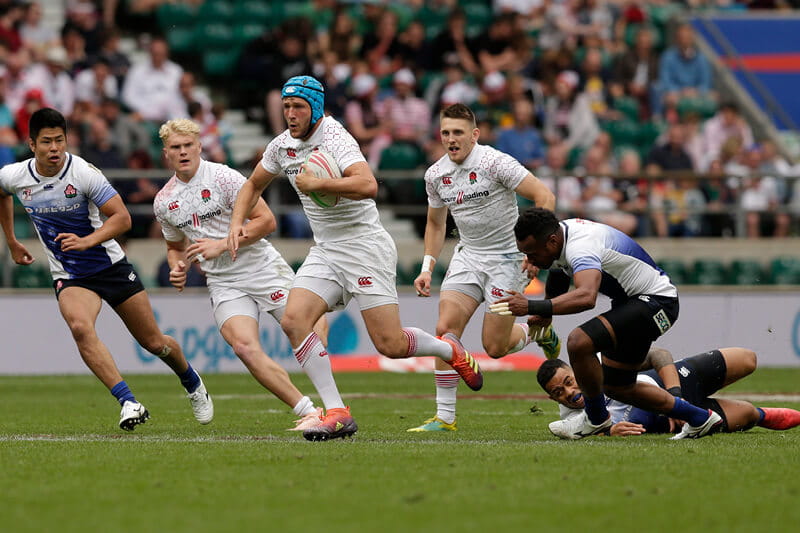 Looking at the 2022 version of the World Series and specifically the London leg of the series, who is looking good? As mentioned previously, Dubai Sevens has kicked things off and saw South Africa emerge victorious over Australia. Argentina beat France in the third place final and Great Britain came in at fifth. After recent funding cuts, England, Wales and Scotland joined forces and now compete together as Great Britain. Here at Keith Prowse, we’re certainly interested in seeing if the coming together of the home nations will make us a force to be reckoned with for the rest of the series.

If you want to see for your own eyes, click here to see our hospitality experiences for the London Sevens Series.

Enjoyed reading this blog? Check out the latest rugby content below.

Find out more about our hospitality experiences at Twickenham Stadium for the Autumn Nations Series 2022 and watch England face Argentina, Japan, New Zealand and South Africa.

Click here to find out more about our experiences for the Gallagher Premiership Final 2022.