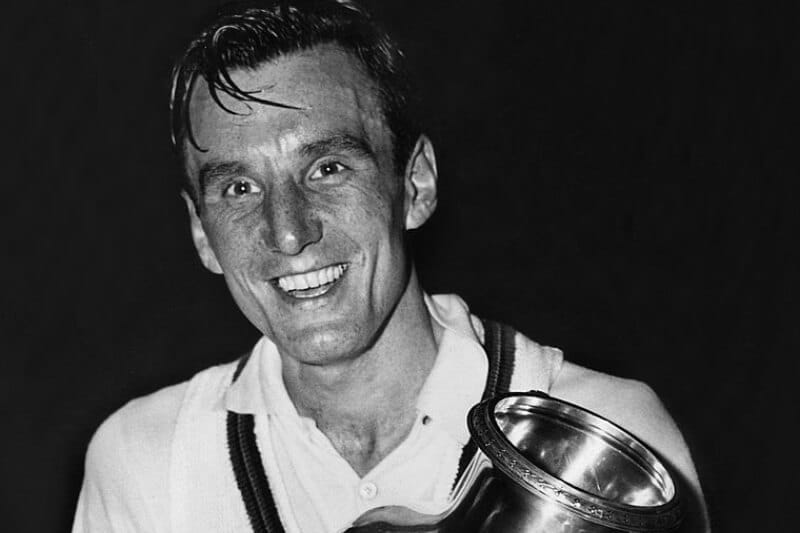 British tennis has produced some of the greatest tennis players of all time. From Fred Perry and Virginia Wade to Andy Murray, British Tennis success has grown and grown over the years.

With recent success from Emma Raducanu and Cameron Norrie, British tennis can only get better and better and we can’t wait to see what 2022 brings for these fantastic players.

We’re diving into the tennis history books and looking at some of the greatest British tennis players of all time, including their notable achievements, career highlights and world-class wins.

Fred Perry started out as a table tennis fanatic and became the World Champion in 1929. A few years later, Perry’s attention turned to tennis where he excelled in the sport. He is arguably one of Britain’ greatest tennis players in history, winning a total of 8 Grand Slams and 6 Major doubles titles throughout his career. On home turf, Perry won the Wimbledon title 3 years in a row, between 1934 and 1936, and his achievements led to him becoming the World No.1. He claimed an incredible Career Grand Slam at the French Open in 1935 and became the first player ever in history to do so – quite the career highlight.

After retiring from tennis, Fred became a tennis broadcaster and worked for the BBC and covered Wimbledon for many years. 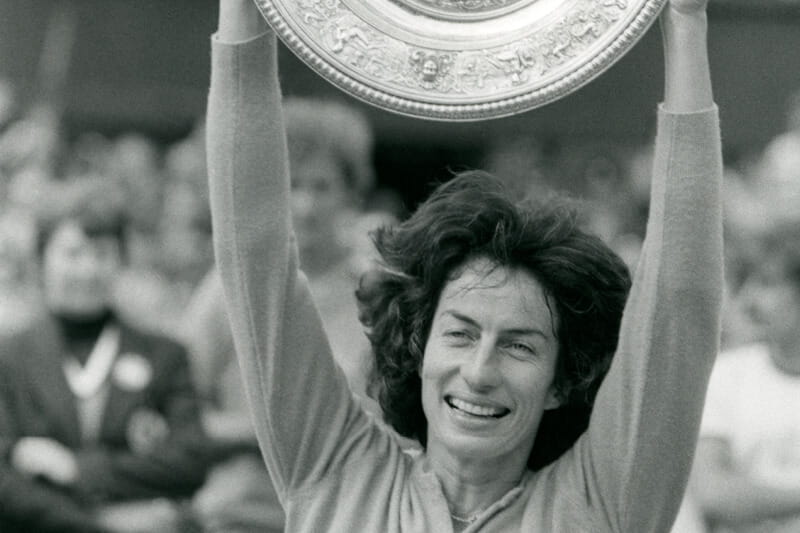 Virginia Wade was a professional tennis player from 1968 to 1986. Throughout this period, she won a total of three singles Grand Slams and four playing doubles and was ranked World No.2 in singles at the height of her career and No.1 in doubles.

One of Virginia’s notable career achievements was her Wimbledon Championship title in 1977. This special occasion occurred in line with the Silver Jubilee, and she had the honour of being presented the title by the Queen, who watched her claim the prestigious victory. In her career, Wade appeared at Wimbledon 26 times, which is more than any other woman.

Since hanging up her racket and tennis shoes, Virginia has been a tennis reporter for the BBC and was the first woman to be elected on the Wimbledon Committee. In 1986, Wade was appointed an OBE for services to lawn tennis and was introduced into the International Tennis Hall of Fame in 1989.

Tim Henman is a retired British tennis player. He won 15 ATP titles in his career, including 11 singles titles.

On home ground at Wimbledon, Henman first received a wildcard in 1994 (the first Grand Slam he ever played in) and reached the quarter finals two years later in 1996, only three years after he was ranked 774th in the world. Climbing up the ranks in his career Tim Henman grew to be among the top 200 players in the world in 1994, to the top 100 in 1995 and by 1996, he made it to the top 30, and won a silver medal in the 1996 Olympic Games in Atlanta. That year, he was the highest ranked UK player.

One of Henman’s most successful tournaments was at The Queen’s Club. In 1999, he reached the final, narrowly losing to Pete Sampras, and in 2001 and 2002, lost in the final against Llleyton Hewitt. He never won Wimbledon but reached the semi-finals in four different years. 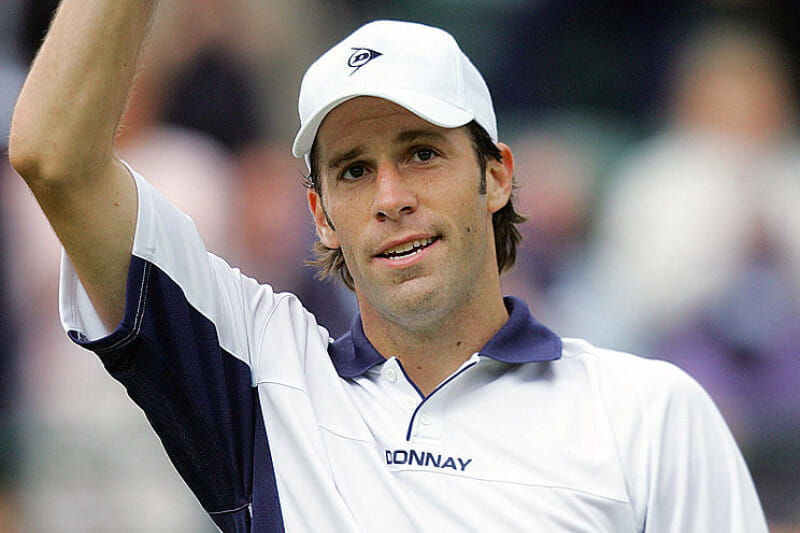 Greg Rusedski is a British and Canadian former tennis player. He turned pro in 1991 and was the British No.1 in 1997, 1999 and 2006, and reached the ATP world ranking of No.4 during periods in 1997 and 1998 (his highest world ranking). Rusedski achieved his first singles tournament title in 1993 and progressed to compete in the US Open in 1997 where he reached the final. In the same year he won the BBC Sports Personality of the Year Award.

At Wimbledon, Rusedski only came so far as to reach the quarterfinals but claimed a total of 15 career singles titles and 3 doubles.

Since ending his professional career, Greg has worked for the Lawn Tennis Association as a talent and performance ambassador. 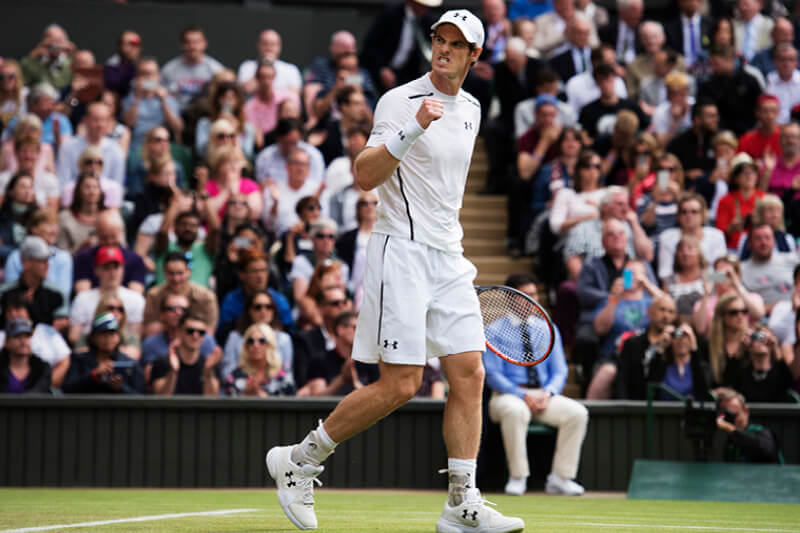 Andy Murray turned pro in 2005 after he became the youngest British player to compete in the Davis Cup and won his first ATP title one year later. Two years later and seven more tour titles, Murray reached his first grand slam final at the US Open in 2008. After his momentous Gold Medal victory at Wimbledon during the 2012 Olympic Games in London, Andy became the US Open champion. He made history in 2013 by becoming the first British male in 77 years to win the prestigious Wimbledon title since Fred Perry in 1936 and claimed another 3 years later.

Andy Murray has a total of 46 career titles and is Great Britain’s most successful tennis player in the Open era and the first Briton to reach 500 ATP match wins. He is the first ever British world number one in the open era, the only tennis player to have won 2 singles gold medals at the Olympic Games, and the only singles player to have retained the Olympic Title, and he is still competing. Murray has since been awarded a knighthood for his services to tennis and charity.

Watch the next generation of British tennis legends take to the court in 2022 at the cinch Championships and Wimbledon.

Find out more about our hospitality offerings for these world-renowned tennis events here.

Find out more about our hospitality packages for the cinch Championships at The Queens Club.

Explore our range of premium hospitality experiences for The Championships, Wimbledon in 2022.