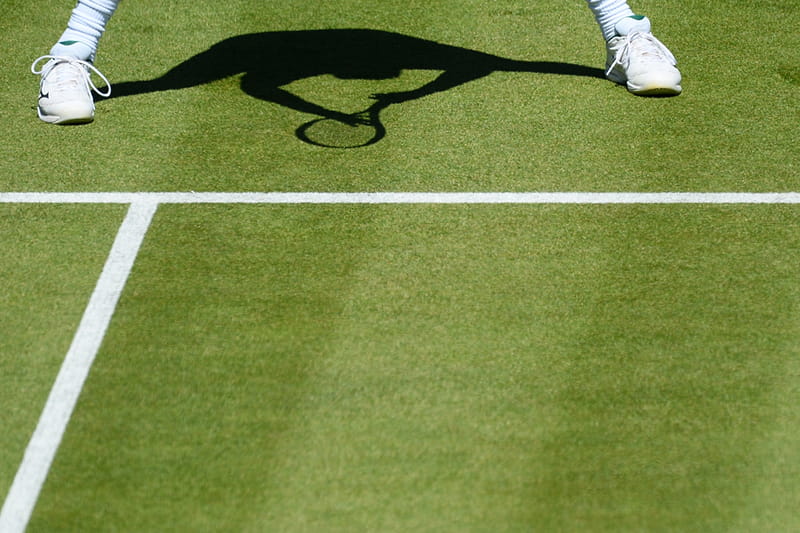 There's nothing like the shift in our tennis senses, away from the sight of red crushed brick and the sound of sliding clay-court shoes, towards the lush, green turf and clinking of summertime English hospitality.

Admittedly this grass-court season won't be the same as pre-pandemic, with reduced crowds and the familiar restrictions, but at least we're going to play - that's progress from the postponements of 2020 - and personally I can't wait!

With the French Open shifting a week, adjusting to a recent rise in positive Covid cases in France, we return to the frenetic transition of a few years back when the men's singles final at Roland Garros came the day before the start of Queens. I'd often be on the same Monday morning Eurostar out of Gare Du Nord as a player contesting the French Open final (who would then be practicing on the grass that afternoon, as I'd still be battling with the Piccadilly Line!).

The calendar change, introduced in 2015, has been broadly welcomed and means in a regular year - whatever one of those is - players have a bit more breathing space between the French and Queen’s. 2021, however, is a step back in time and all about that immediate transition from two polar-opposite surfaces. Never easy. 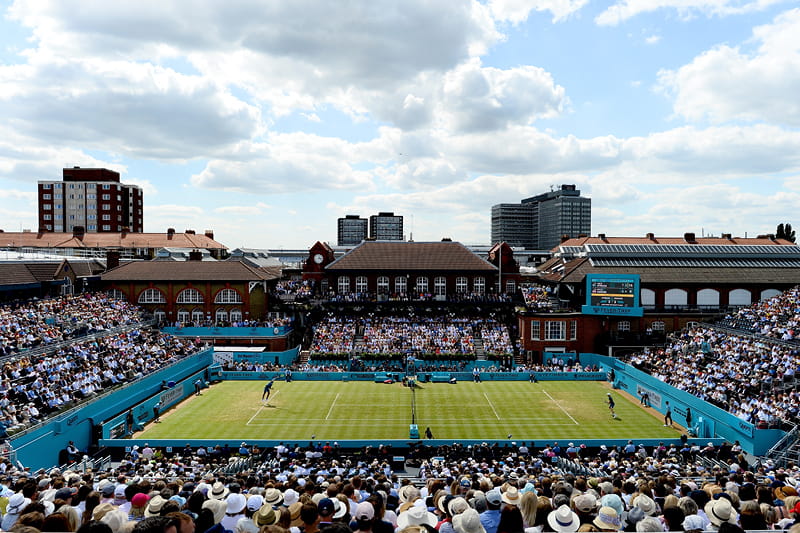 So, as we prepare to welcome the world's best to the capital city, I’m looking forward to providing some colour, excitement and a few suggestions of ones to watch on the lawns of London in a series of tennis focussed blogs.

Queens often provides excellent clues for Wimbledon - McEnroe, Connors, Becker, Sampras, Nadal and Murray all “did the double” - and the class of 2021 for the "cinch Championships”, as it’s now called, is an enticing mix of established champions and younger future stars with a lovely variety of styles and personalities.

No introduction required for five-time champion Andy Murray, making his latest comeback on a wild card, Stan Wawrinka, a three-time Grand Slam winner and big-serving Milos Raonic, the 2016 Wimbledon finalist. Firm crowd-favourites, for sure, but I would point towards less established contenders with just as good chances of ending the week battling with the giant trophy for space in the victory photo! 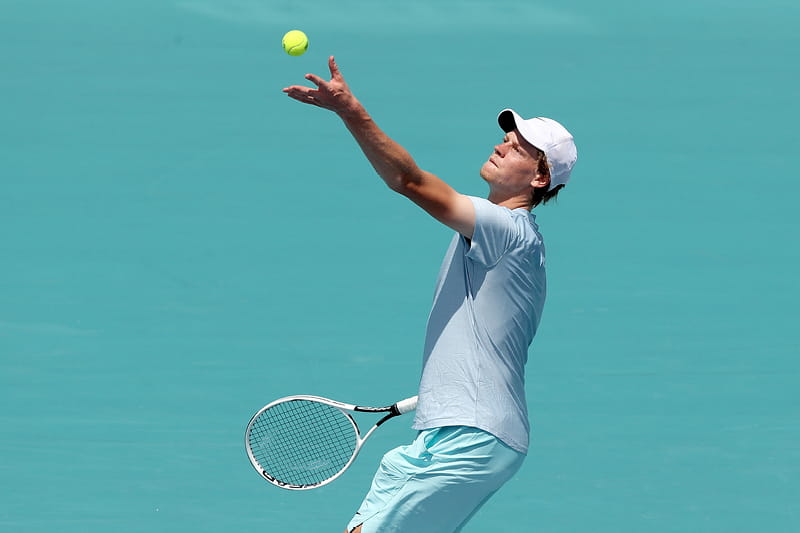 Jannick Sinner is some story. Growing up in northern Italy, he was a champion skier!  Scour the internet and you find him all snow-proofed, all smiles, curly hair and a national age-group trophy aloft. Fast forward just over a decade and his tennis career, just like an Alpine ski-lift, is upwardly mobile; heading towards the summit, one suspects.

Still only 19, his development has been astonishing; so much skill, so much potential. He'll probably be top ten by the end of the year and thanks in part to one of the best backhands around, we're possibly looking at a future Grand Slam champion. I’ve enjoyed watching him on hard courts and clay this year but what of the grass? This will be his Queens debut, and I for one can't wait to see how he gets on...

At the Australian Open, right at the start of the year, Sinner was involved in one of the standout first-round matches, against another fierce talent; Denis Shapovalov.  The left-handed Canadian prevailed in the fifth and final set and, should they meet again on the London lawns this summer, expect another classic.  22-year-old Shapovalov is wilder than Sinner but with that comes a more extravagant forehand, capable of beating anyone in the world.  He's another attractive name on the Queens entry list.

Likewise Aslan Karatsev, which is not something we'd have said 12 months ago!

The Russian was outside the world top 200 when the tour stopped for lockdown #1 and quarantined in Australia, at the start of this season, still outside 100.  But then, after 14 days as a Melbourne nobody, he romped through the main draw to become a semi-final somebody.  And the excting thing?  He's backed it up with a title in Dubai and a victory over *the actual* Novak Djokovic in Belgrade. Wow!

When you add American giant Reilly Opelka, all 6'11 of him, unpredictable Kazakh Alexander Bublik, with his penchant for the underarm serve, plus Matteo Berretini, now an established top-tenner who's likely to be the top seed, and we have a fascinating field to enjoy with our Pimms.

And isn't it lovely to have genuine British interest beyond Murray?  In Dan Evans and Cam Norrie, we have two players making impressive strides up the ATP rankings this year; Evans winning a first title in Melbourne this season, just before the Aussie Open, and Norrie making clay-court finals in Estoril and Lyon. Far from being plucky wild-cards, hoping to edge a win or two in the early rounds, these are two guys from the world’s elite who should be shooting for the Queens title. That’s reality. 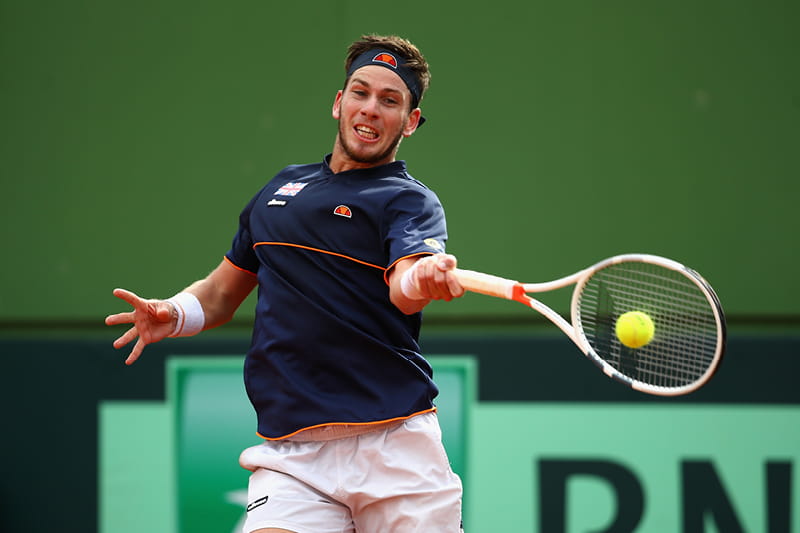 I remember seeing Evans, enjoying the privilege of a wild-card invitation, close one of his early Queens appearances by smacking a ball petulantly over the top of the famous clubhouse, much to the disgust of the traditionalists! His career almost ended a few years later when he failed a drugs test, admitting a terrible recreational mistake. Now, after rebuilding his ranking from zero inside three years, he's established as a Top-30 player; something few ever thought possible. It's a phenomenal comeback story, inspired by a desire to turn a life around and fulfil potential obvious from an early age.

Norrie, the exciting left-hander, has backed up an impressive college career in the United States with a smooth transition onto the ATP tour. He's beaten Dominic Thiem this season, Grigor Dimitrov, Karen Kachanov and Fabio Fognini too, and faced Stefanos Tsitsipas in the Lyon final; this is terrific company to be keeping - day in day out - and he's only getting better.

So, as you can see, a lot's been happening on the tour, behind-closed-doors.   It’s been a huge logistical challenge for tournaments and a different existence for the players. The welcoming of spectators has been gradual and very welcome. Hearing that generous applause, offered so willingly by tennis crowds, has been heart-warming!

And, in the knowledge nobody does it better than a UK audience, let’s head to Queens, one of the very best sporting venues, get those crowds roaring once more and join me in raising a glass on the first occasion we hear the umpire say; "QUIET, PLEASE!”

You can find out more about the cinch Championships here.